This is the latest post in my Hometown Pride series, where I share photos I have taken in and around my hometown of Saratoga Springs, NY.  With lots of 4th of July festivities being cancelled this year, I thought I'd share my favorite photos I've taken in Saratoga over the years on this patriotic day.   Keep reading to see what I've scrounged up from the archives! 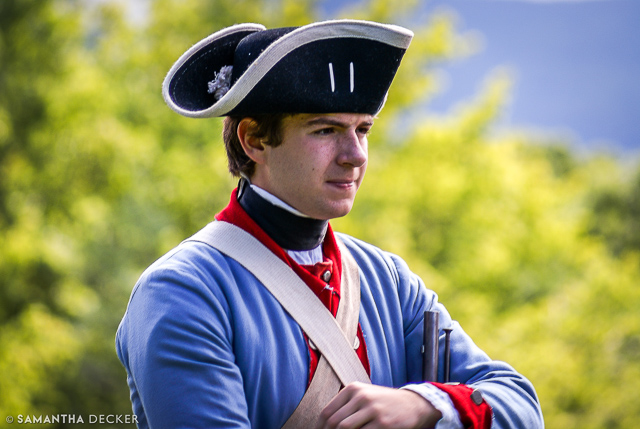 With Saratoga Battlefield in Stillwater being home to what is often referred to as "the turning point in the American Revolution," the Saratoga National Historical Park usually hosts a patriotic event on the 4th of July including reenactors, speeches, and a moving citizenship ceremony.  Above, a reenact stands looking pensively. 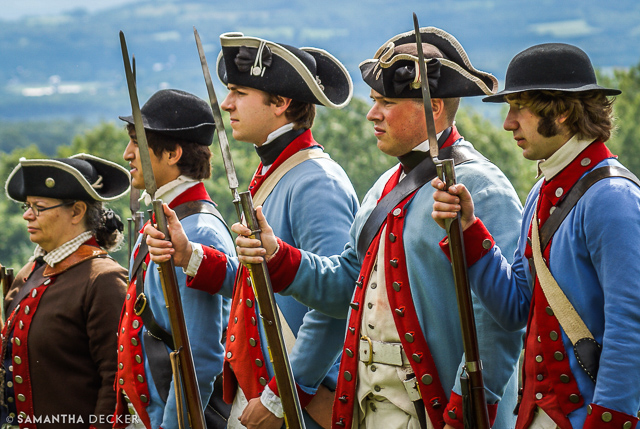 Above, reenactors stand holding their rifles. 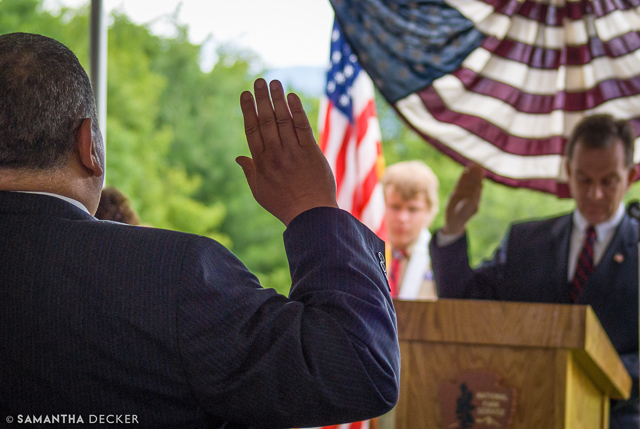 A man takes the Oath of Allegiance, the last step in becoming a U.S. citizen. After the citizenship ceremony, now retired legendary Ranger Joe Craig has been known to lead the crowd in humorous colonial toasts wishing ill fate to the English. 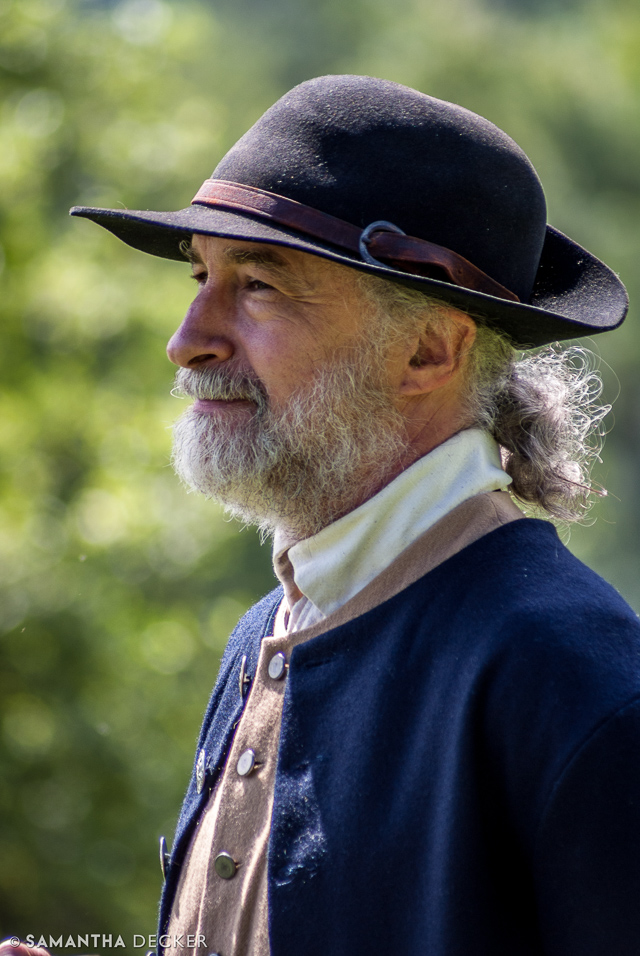 A candid portrait I captured of Ranger Joe. 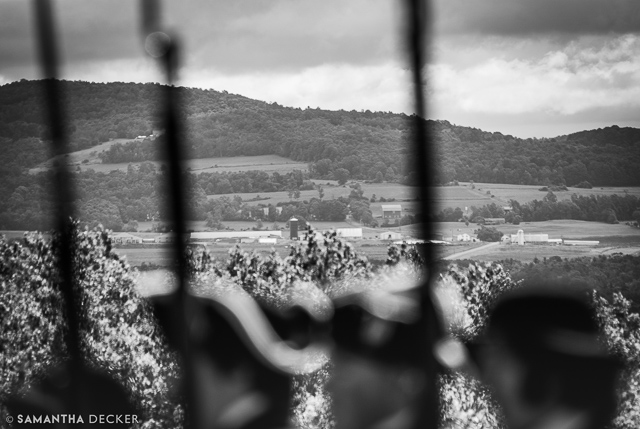 A photo of reenactors with scenery visible in the background. 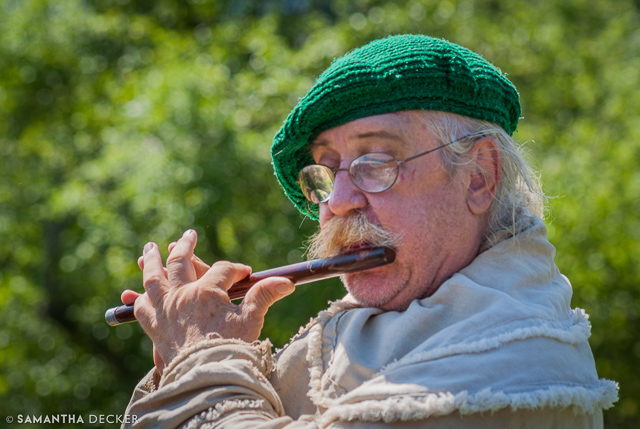 A fife player plays a tune. 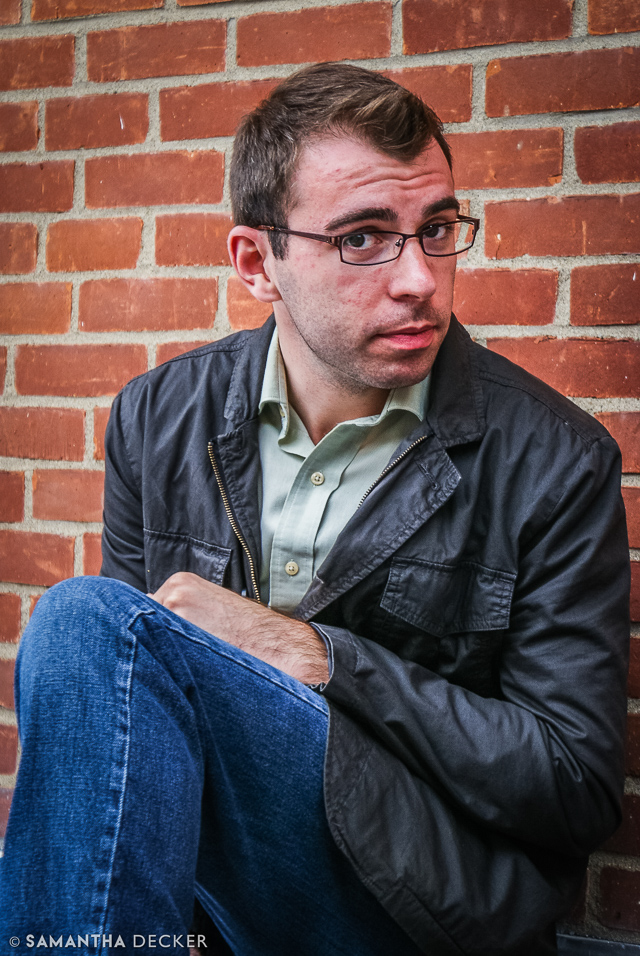 Independence Day is often a day for family gatherings and barbecues.  Here is a portrait I took of my cousin at one such type of gathering awhile back. 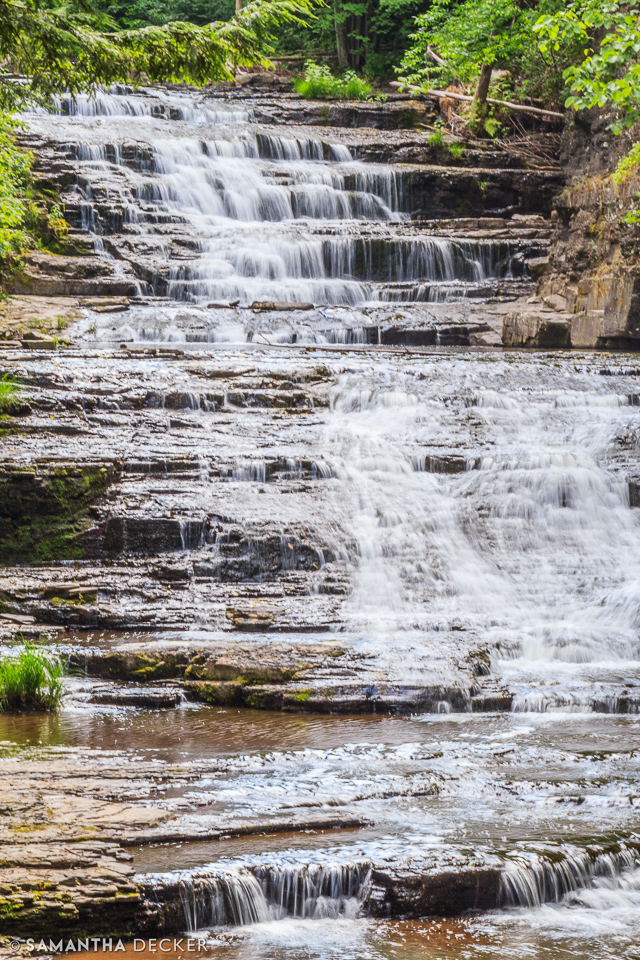 Another common activity on July 4th is getting out and exploring nature.  One year, my family and I went to visit the Huyck Preserve in Rensselaerville where I took this photo of Lower Rensselaerville Falls. 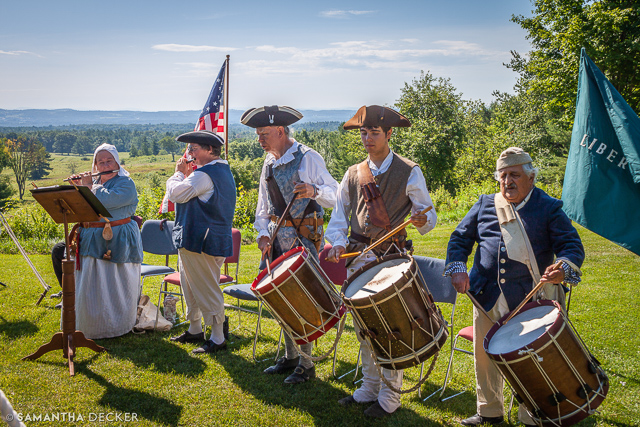 At another 4th of July event at Saratoga Battlefield, I took this photo of the talented fife and drum corps. 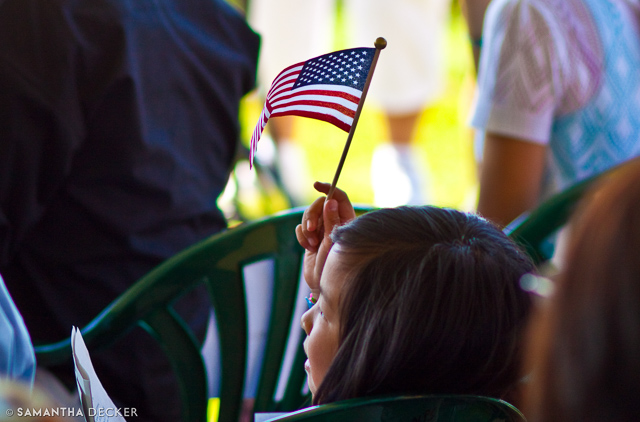 I captured this photo of a young girl waving an American flag right after her parents were sworn in as U.S. citizens, making her a U.S. citizen as well. One year I had the opportunity to capture the fireworks in Congress Park in Saratoga from a friend's balcony.  What a great (and crowd-less) view! 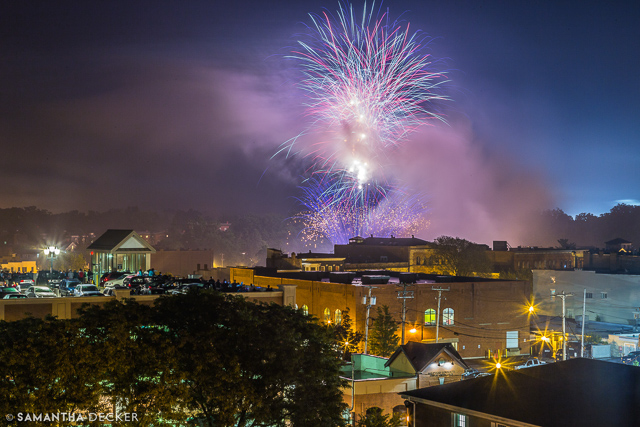 Another photo from that night. 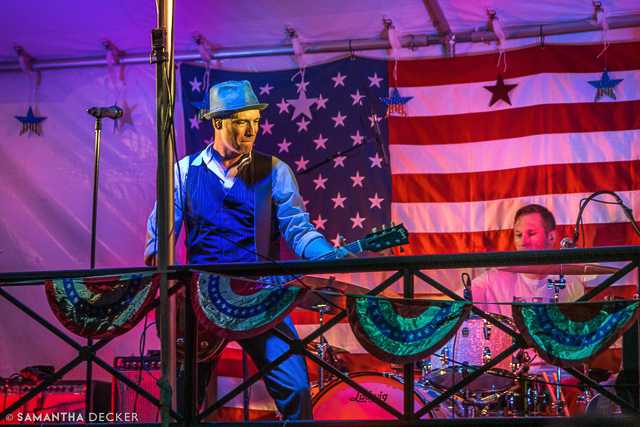 In this photo, local band the Audiostars perform in Congress Park. 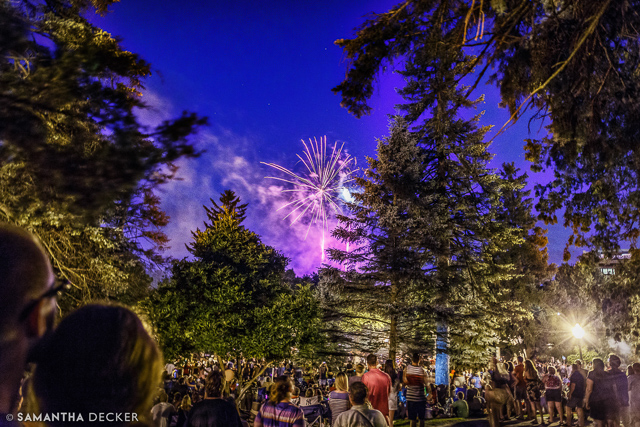 I captured these fireworks in Congress Park handheld by chance. 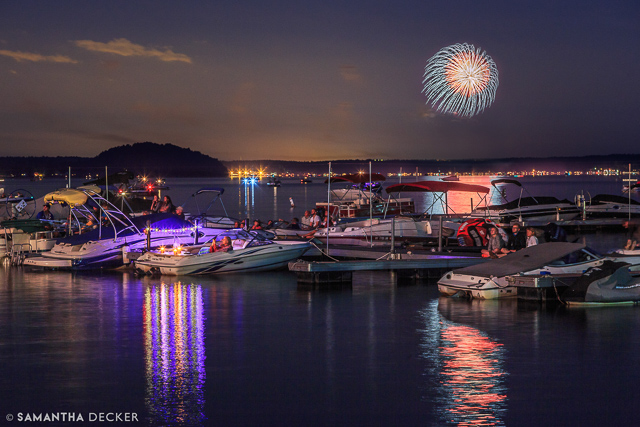 I captured these 4th of July fireworks over Saratoga Lake a few years back. 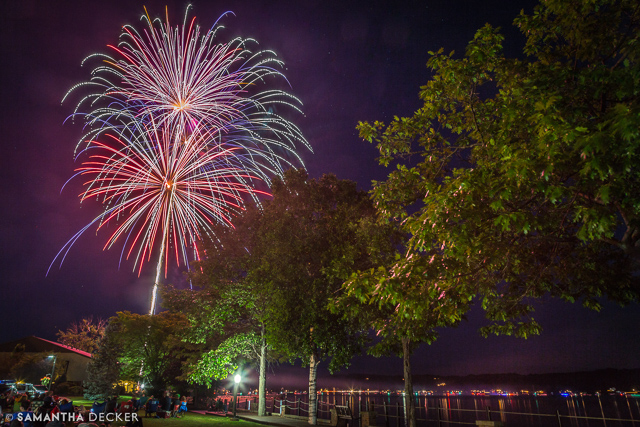 Here is another view of the fireworks.