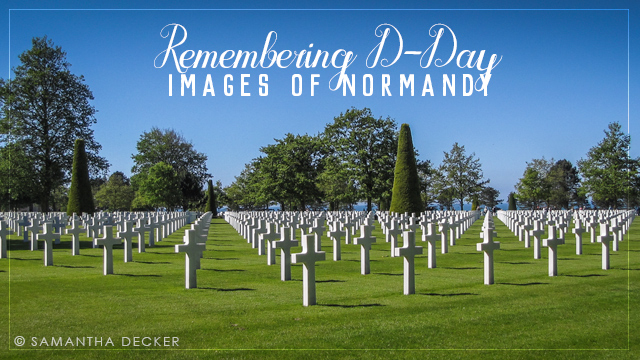 As I publish this post, D-Day, the anniversary of the Allied Invasion of Normandy on June 6, 1944, has already ended in France.  That being said, I don't think there's ever a wrong time to reflect on history and pay tribute to fallen heroes.  I had the opportunity to visit Normandy in 2004, the year of of the 60th anniversary, and then again in 2009, where I got a historical tour of the area from a retired major general in the British Army.  In this post I will share some of the photos I have taken of the D-Day Beaches, the American Cemetery, and other important historical landmarks. 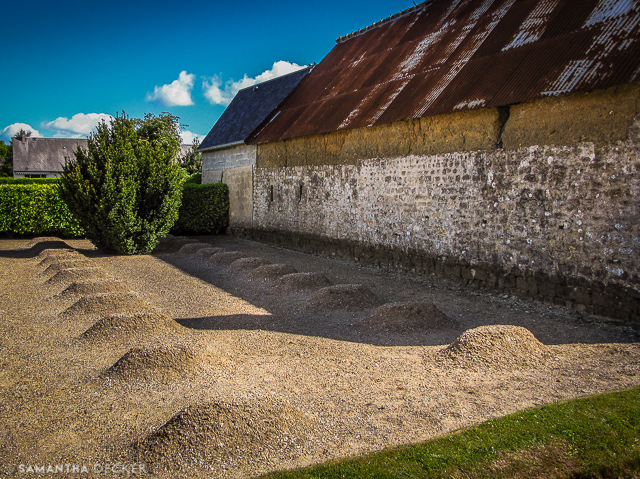 Above is a photo of a Gravesite Behind Saint-Côme-du-Mont Church.  On the church there is a plaque stating that at this spot, Joseph Beyrle, a paratrooper with the US Army who landed at Saint-Côme-du-Mont on D-Day, began his war for the liberation of the people of Europe. 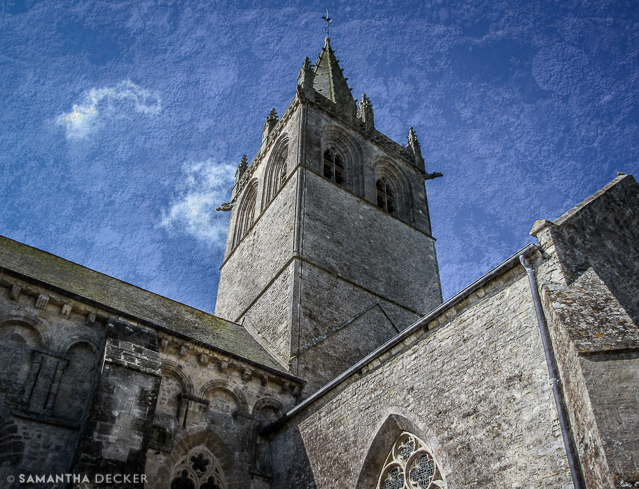 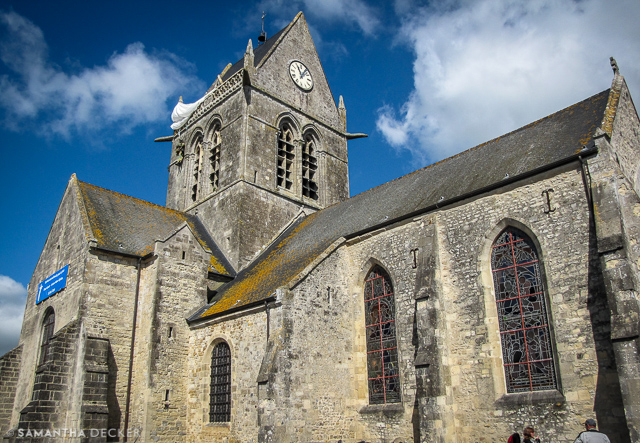 Another church that hold's a place in D-Day's history is Sainte-Mère-Église. If you've seen "The Longest Day," you've seen this church. That white plastic thing near the top is a parachute and figure of American Pvt John Steele, who landed there on DDay. 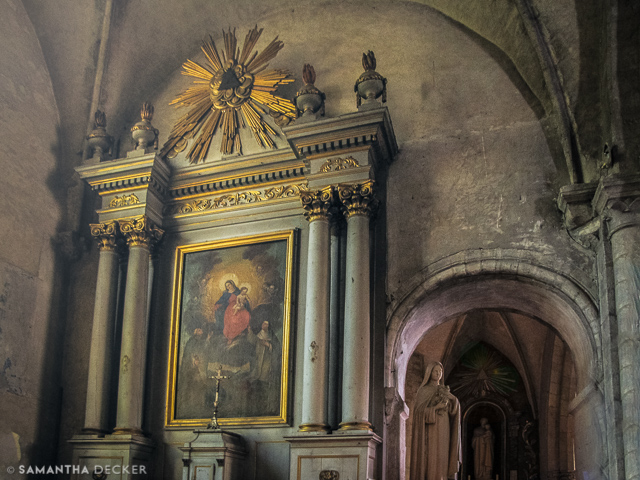 A peek inside the church. 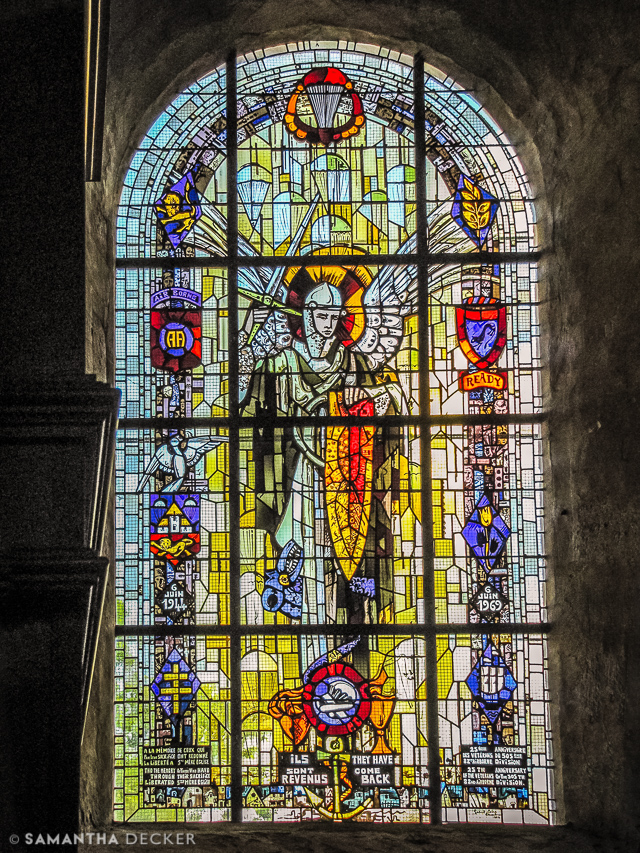 Stained glass detail inside the church. 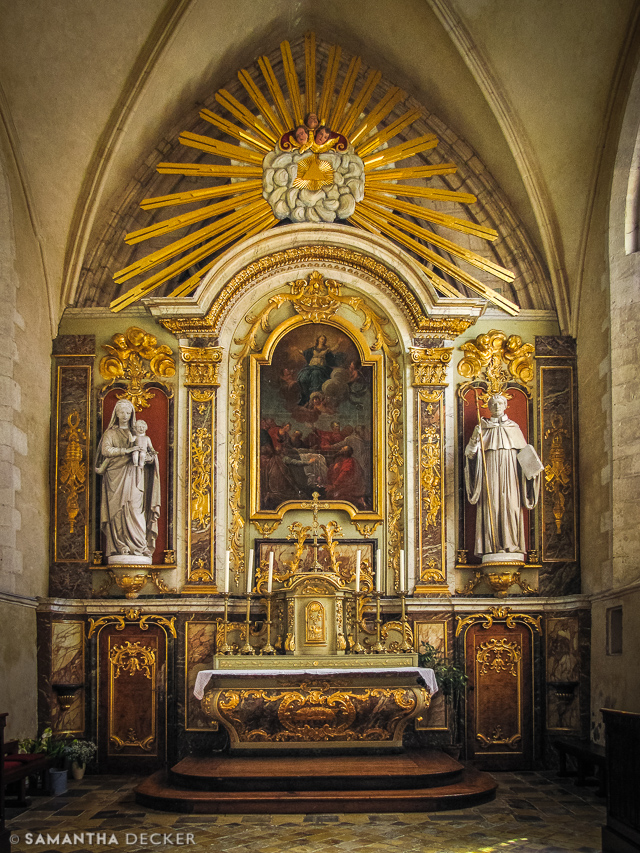 A view of the altar. 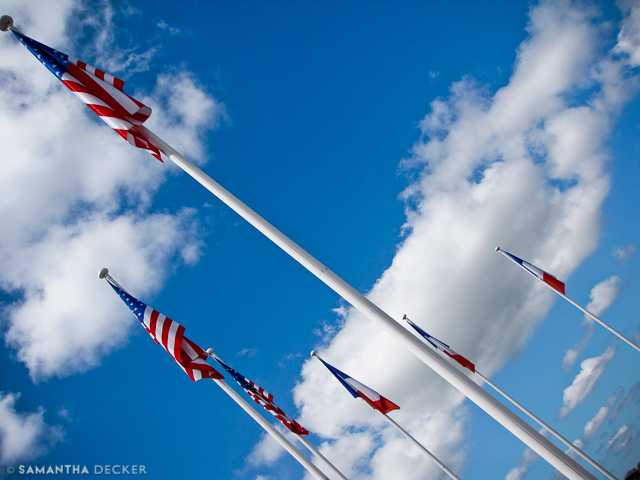 At the Musée du débarquement at Utah flag, one can see both French and American flags, a reminder of the two countries' longstanding relationship and partnership. 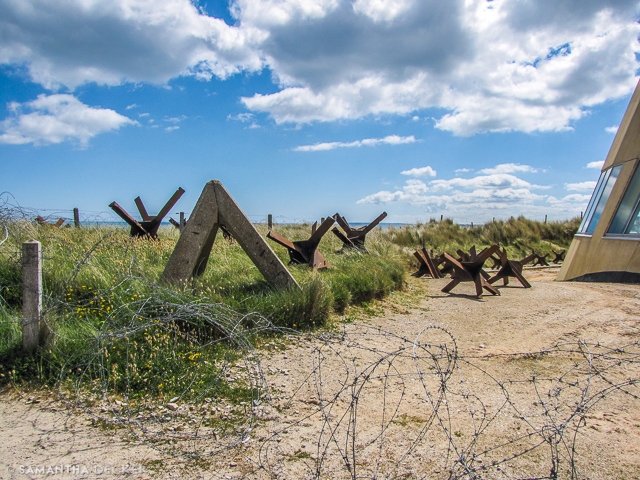 Outside the Musée du débarquement at Utah Beach.  Those structures are called Czech hedgehogs, and they were actually pulled in from the ocean. 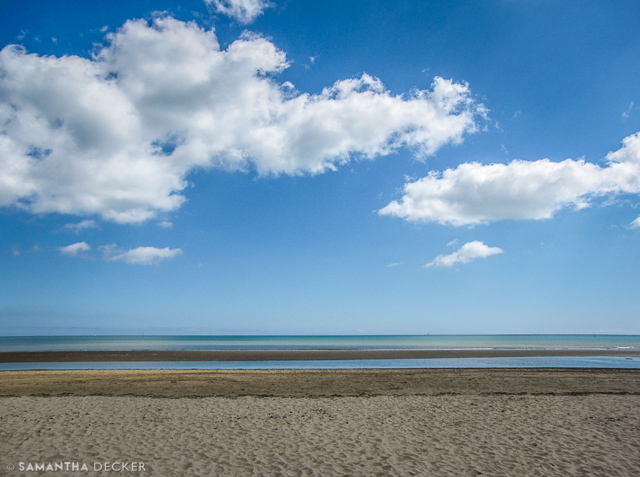 Today, Utah Beach is calm and serene.  One would never know what historic moments happened on this beach so many decades ago. 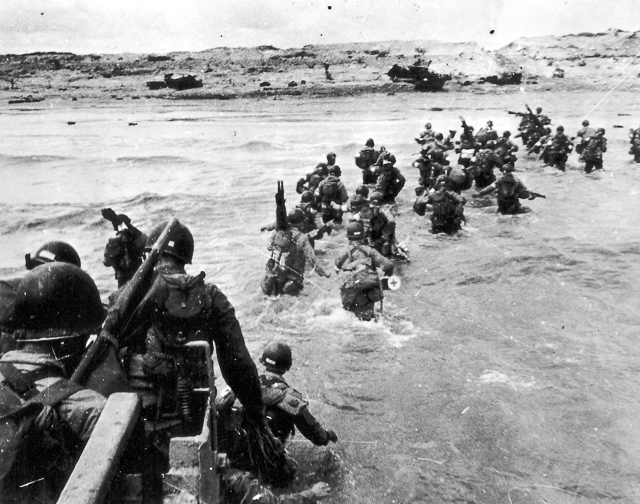 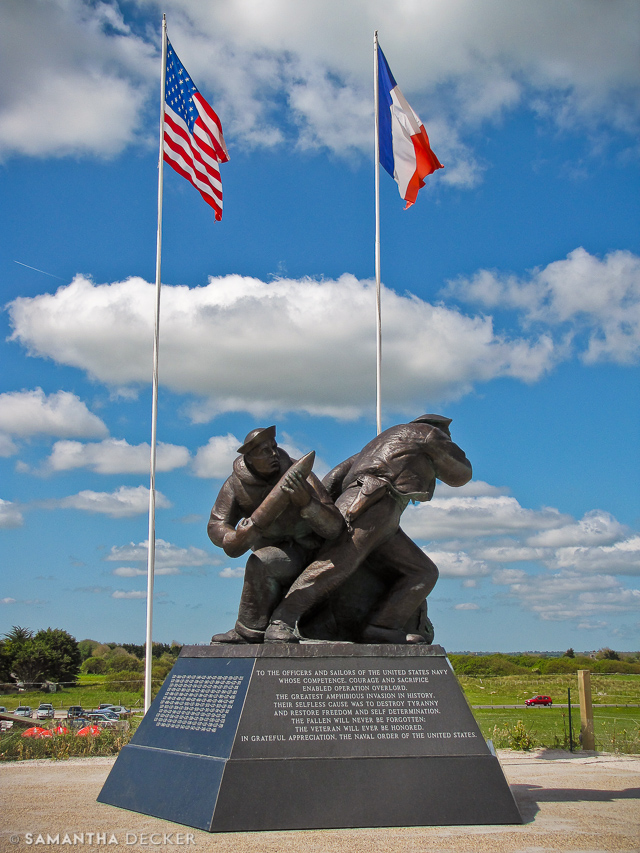 A monument to the officers and sailors of the US Navy. 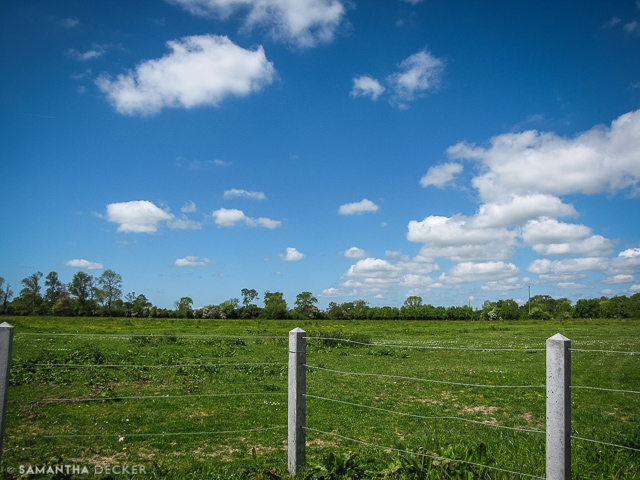 This field was the site of the Brécourt Manor Assault. 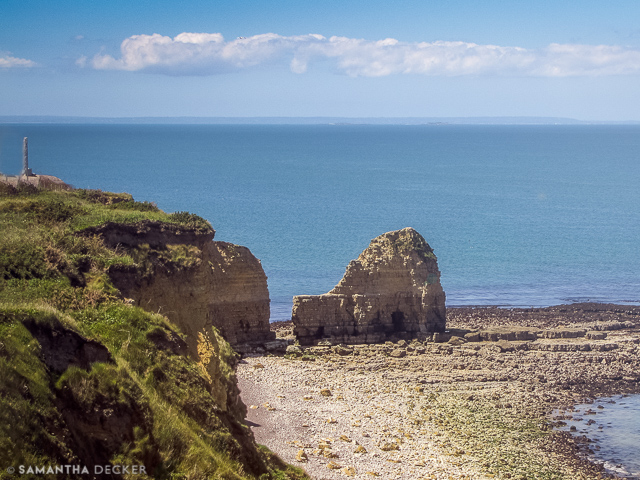 A view from the cliffs of Pointe du Hoc. 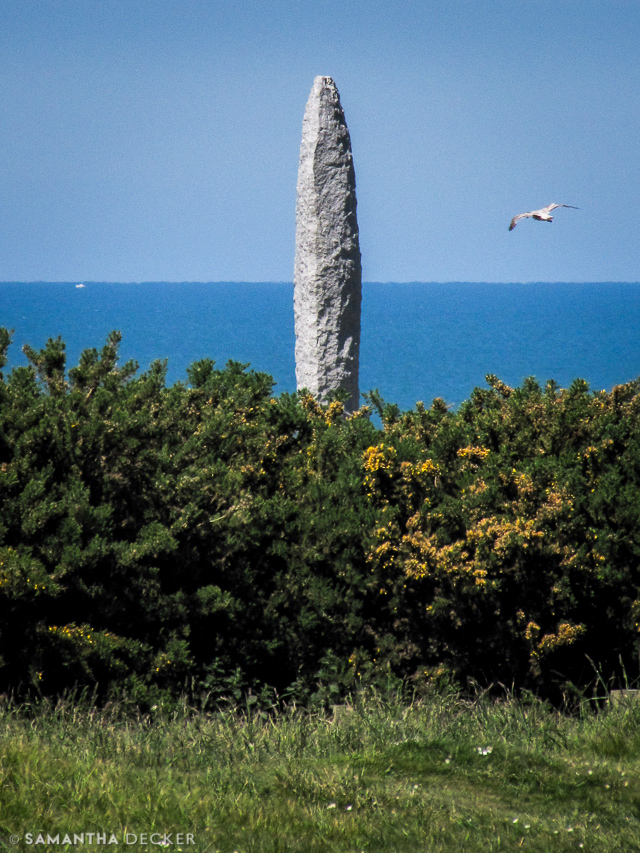 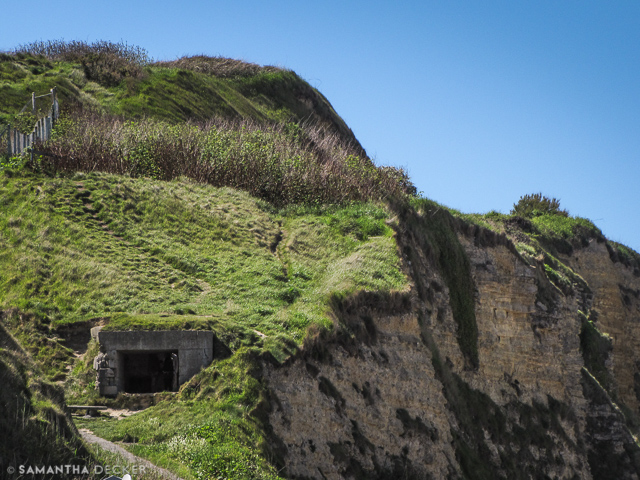 A bunker at Pointe du Hoc. 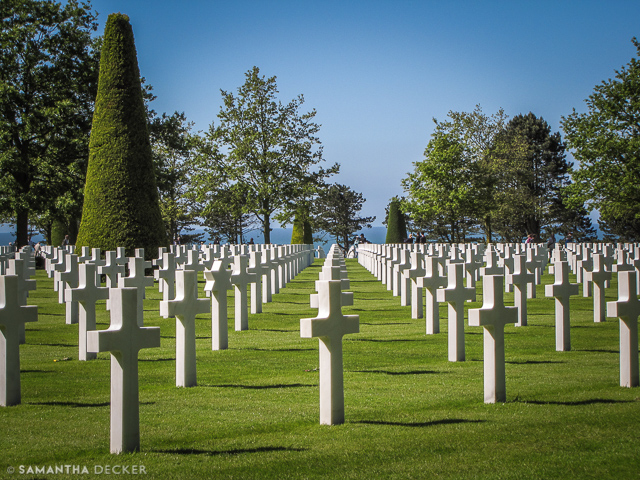 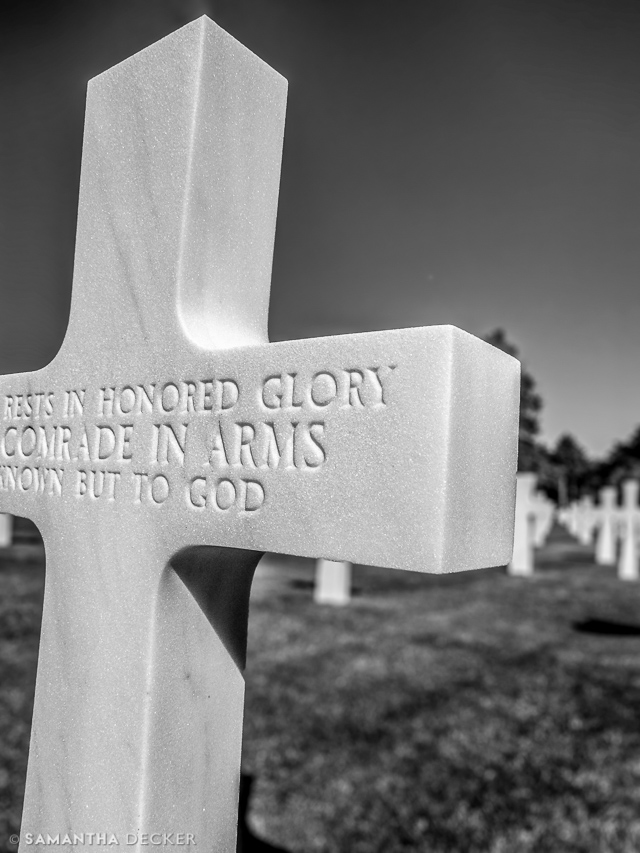 A close up of one of the graves at the American Cemetery. 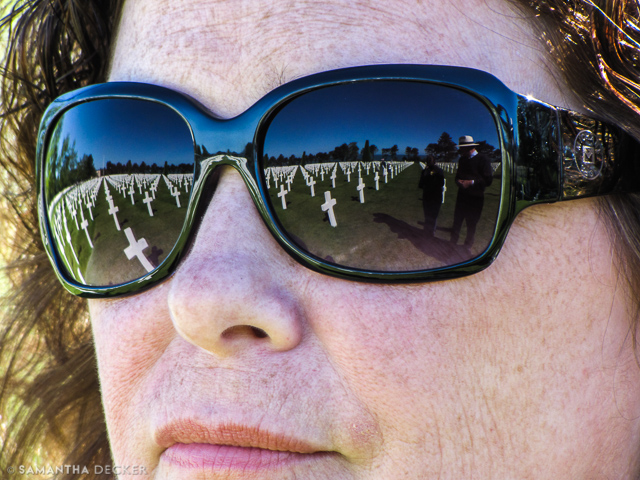 I took this photo of the graves reflected in my mom's glasses. 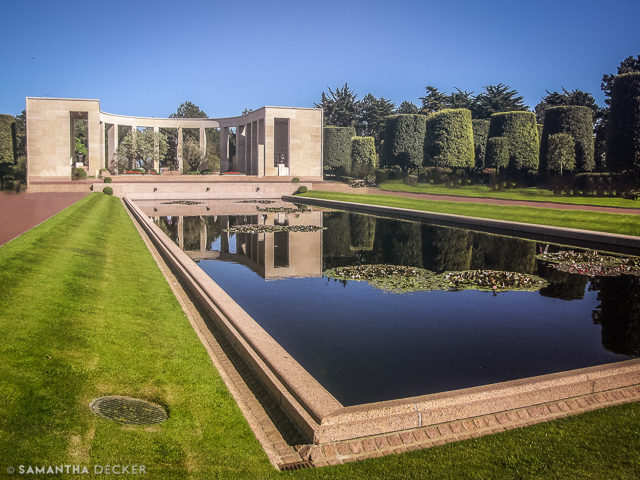 The reflecting pool at the American Cemetery. 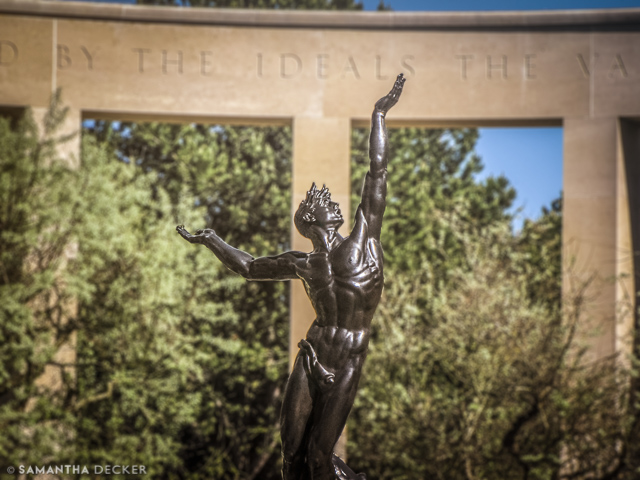 The statue is titled The Spirit of the American Youth Rising. 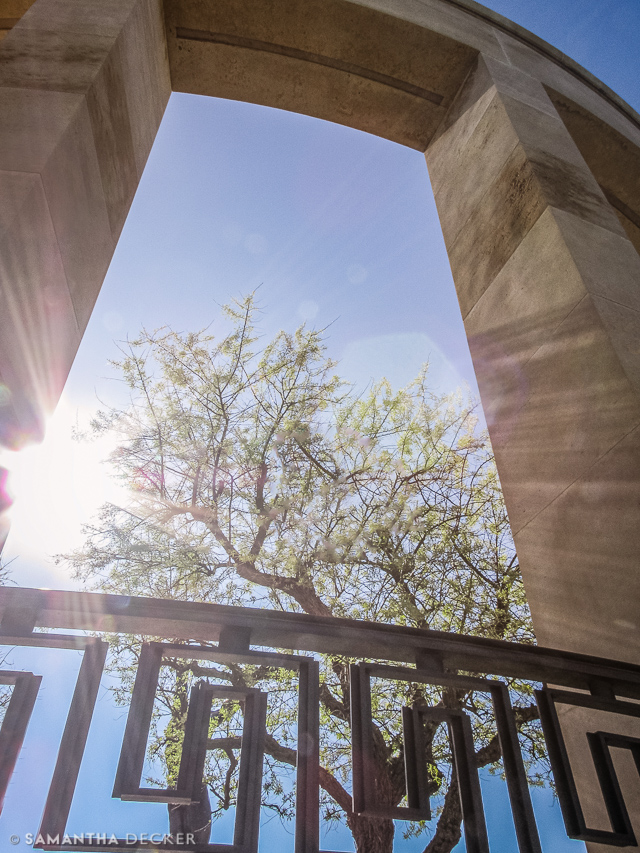 I took this photo outside the cemetery. 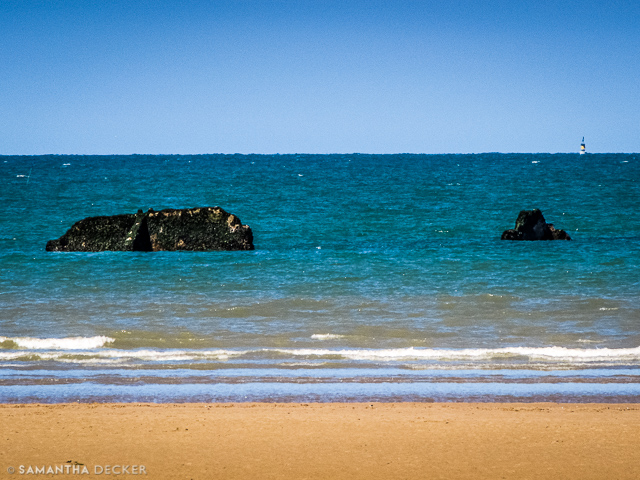 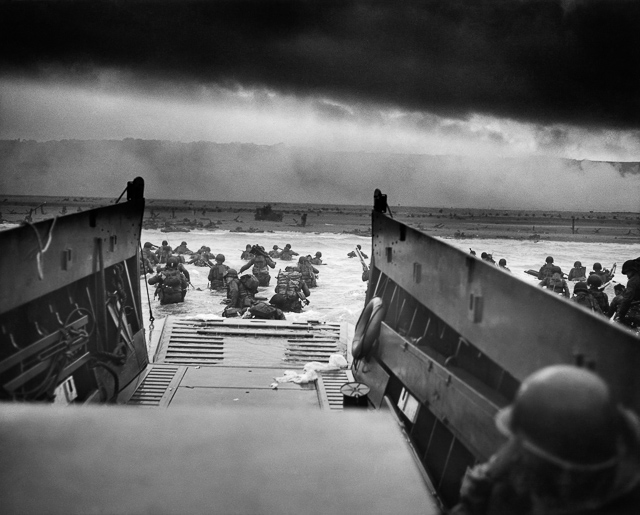 By contrast, here is what the beach looked like on D-Day.

In closing, D-Day is another opportunity to reflect and express gratitude for those who have served their country, past and present.

All photos in this post © Samantha Decker (with the exception of the two historic photos, which are in the public domain) and may not be reused without permission.

Please watch for an email verification email from Feedburner, which syndicates this blog.
Labels: france from the archives inspiration travel