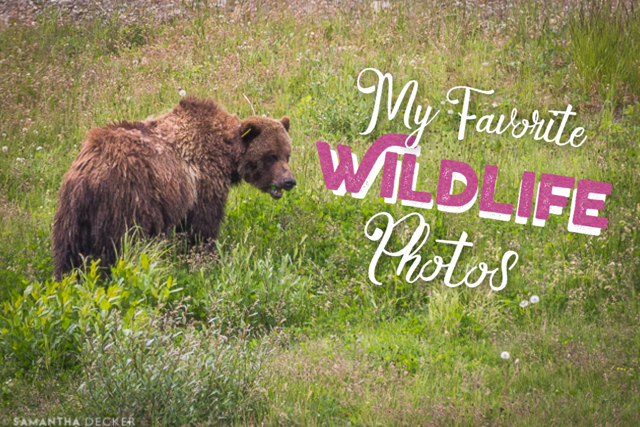 I definitely wouldn't consider wildlife photography my specialty, but over the years, with trusty telephoto lens in hand, I've amassed a collection of various photos of fauna in my travels.  In this post, I will share my favorites. 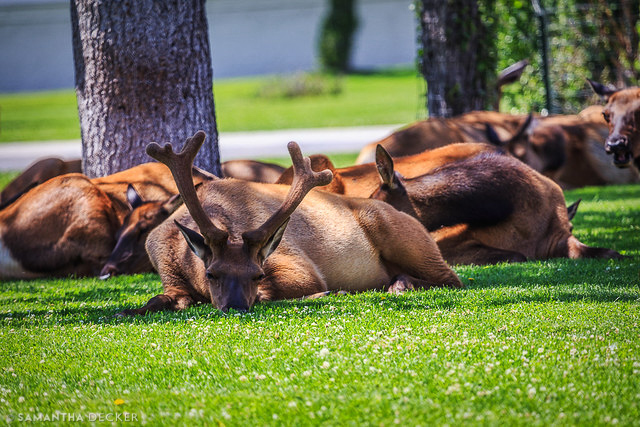 I photographed these elk taking a nap in Mammoth in Yellowstone National Park in 2013. 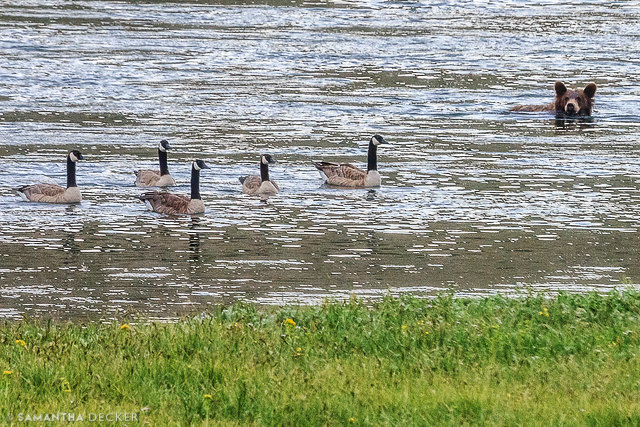 Also in Yellowstone National Park, I captured this grizzly bear cub swimming with geese in the Yellowstone River.  I'll never forget that experience! 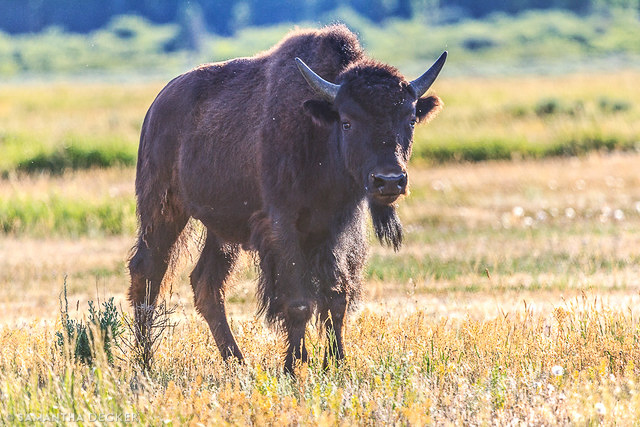 If you go to Yellowstone and don't see any bison, you probably have your eyes closed, because they are everywhere.  This is my favorite bison photo from my Yellowstone trip. 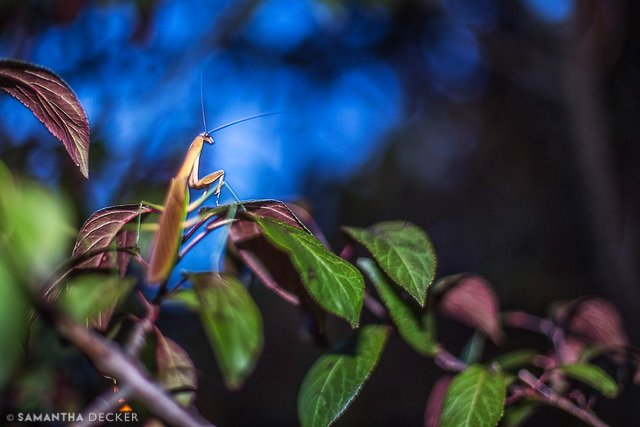 You don't have to go to a National Park to photograph wildlife, though.  I photographed this praying mantis in my front yard.  It marked the first and only time I've ever actually seen one! 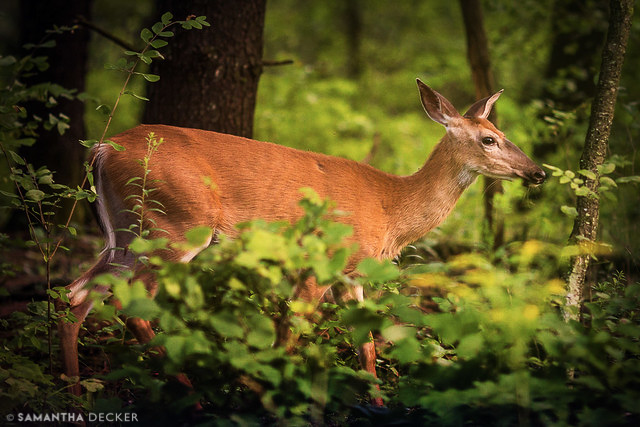 Growing up in upstate New York, I've never been overly excited by deer, but I like the light and colors in this photo of a deer I took at Saratoga National Historical Park. 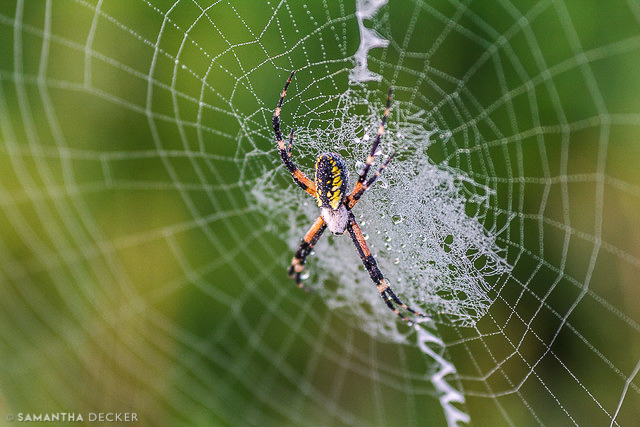 Also at Saratoga NHP I photographed this unique spider one morning while shooting the sunrise.  It took some guts for me to get so close to it! 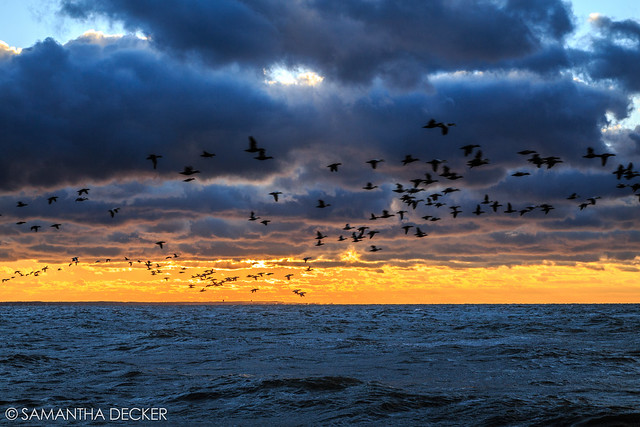 I captured these birds flying over Cape Cod Bay from First Encounter Beach. 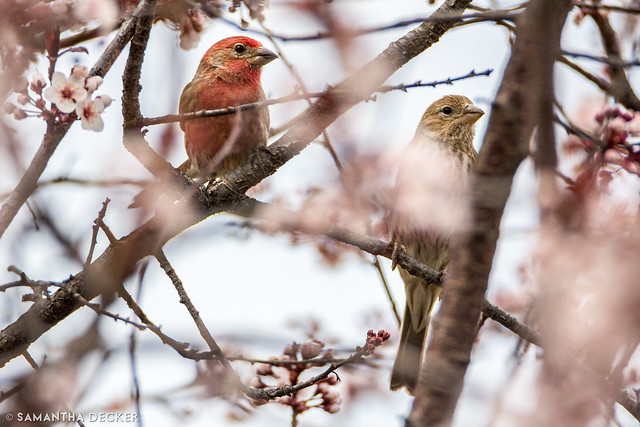 I loved having the opportunity to photograph this bird couple in my front yard. 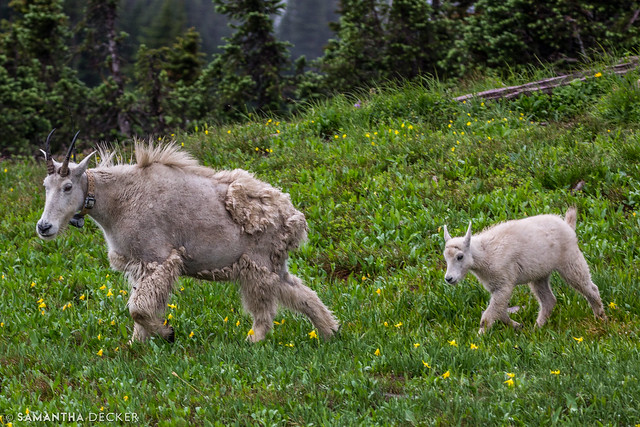 I spotted this mountain goat mother and baby while on the Hidden Lake Trail in Glacier National Park in Montana.  Hidden Lake was...well...hidden that day by the clouds and fog, but at least I got to photograph these guys! 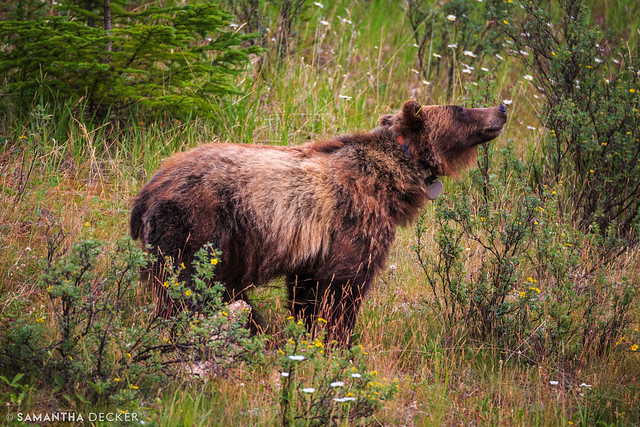 I photographed this grizzly bear just outside of Banff, Alberta. 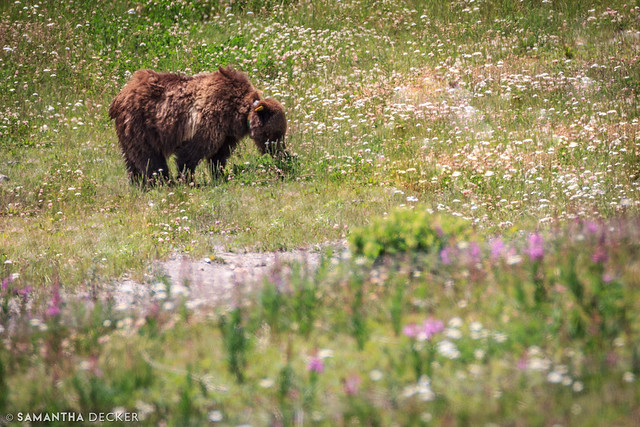 And I photographed this one in the Lake Louise Ski Area. 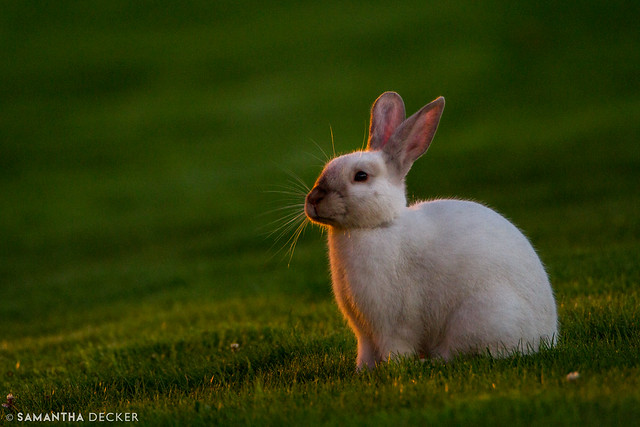 This bunny had several equally adorable friends at the Stephanie Inn in Cannon Beach, Oregon. 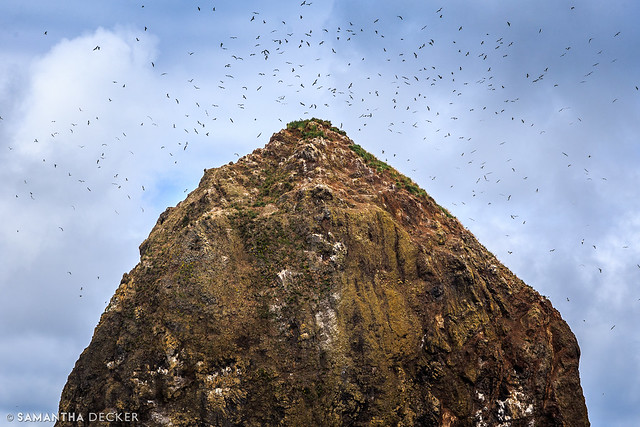 I loved the dramatic scene created by the birds swarming over Haystack Rock in Cannon Beach. 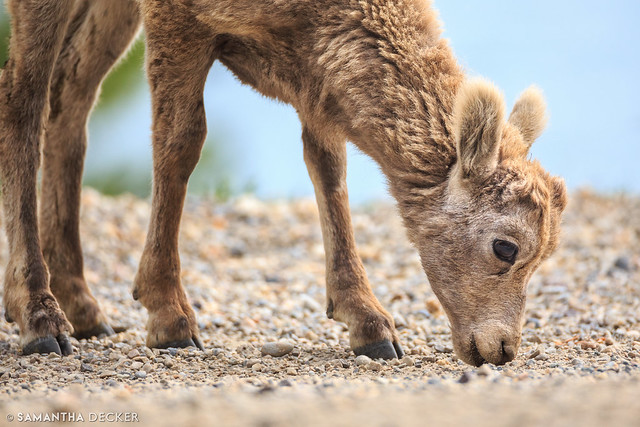 I photographed this small lamb enjoying a bite to eat at Lake Minnewanka in Banff National Park. 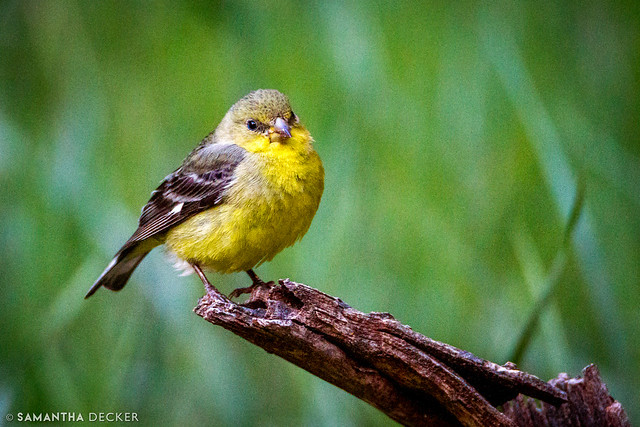 I spotted this small goldfinch in Zion National Park in Utah. 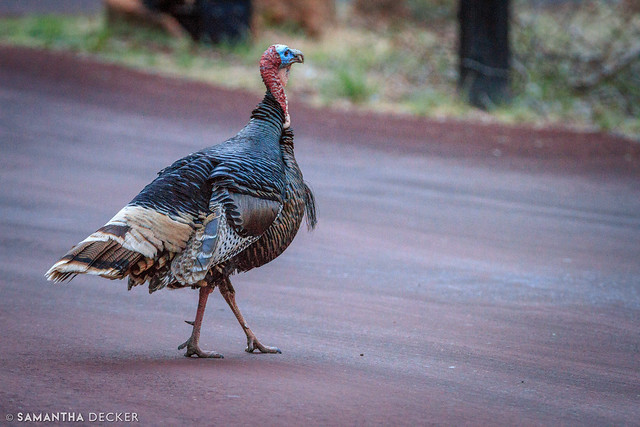 I also spotted this turkey in Zion National Park. 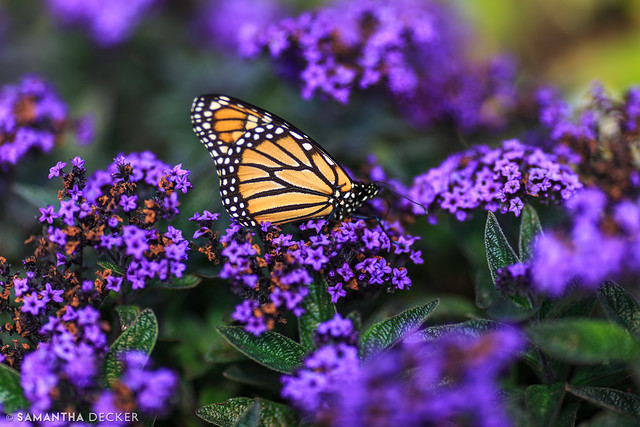 I photographed this butterfly outside The Breakers mansion in Newport, Rhode Island. 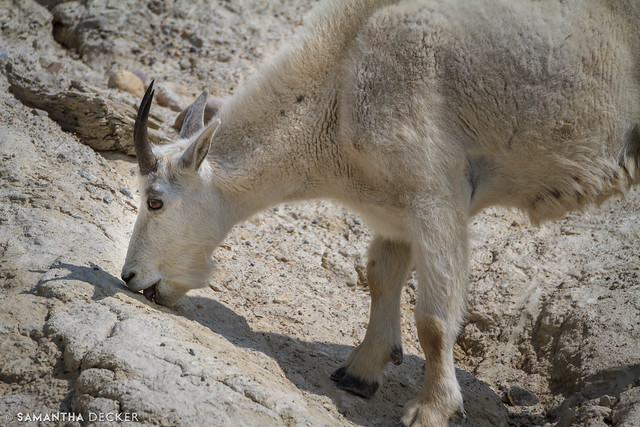 I captured this goat licking salt in Jasper National Park in Alberta. 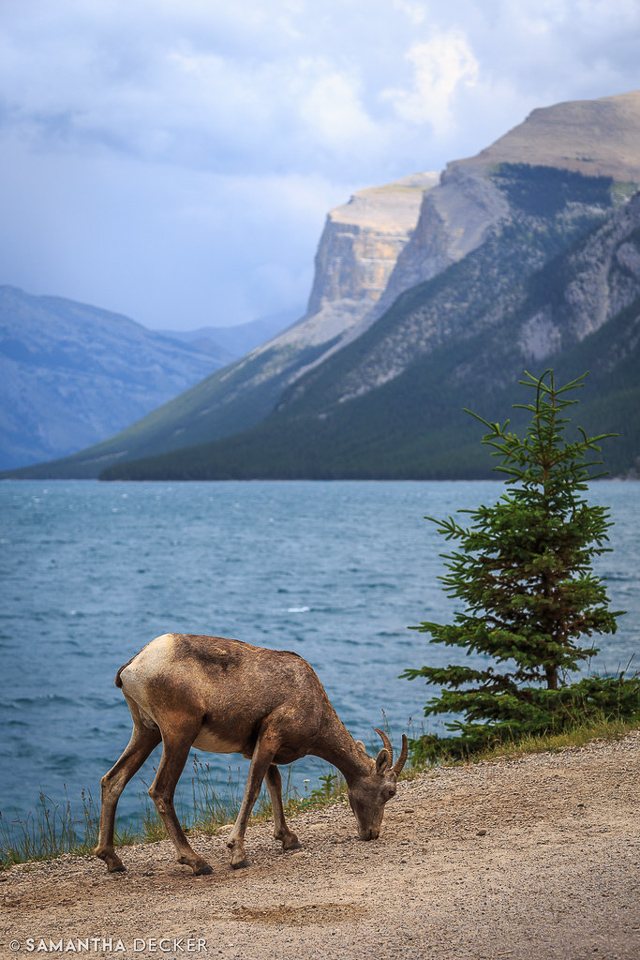 This is another sheep I captured at Lake Minnewanka. 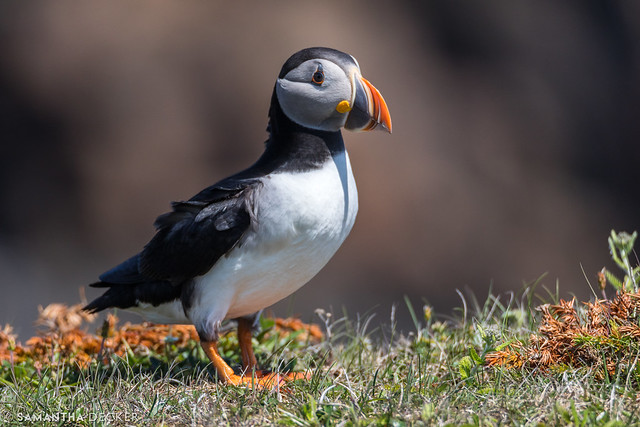 I was so excited to capture this photo of a puffin in Elliston, Newfoundland and Labrador.  After waiting at the puffin viewing site for what seemed like forever, this guy flew in nice and close. 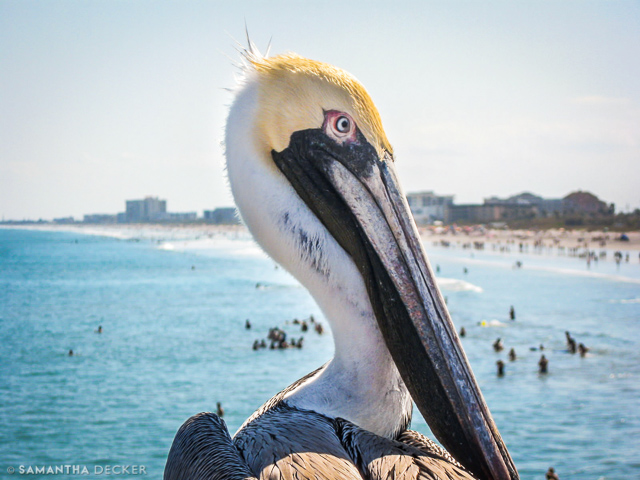 I snapped this photo of a pelican in Cocoa Beach, Florida years ago with my point and shoot camera. I was surprised at how close I was able to get. 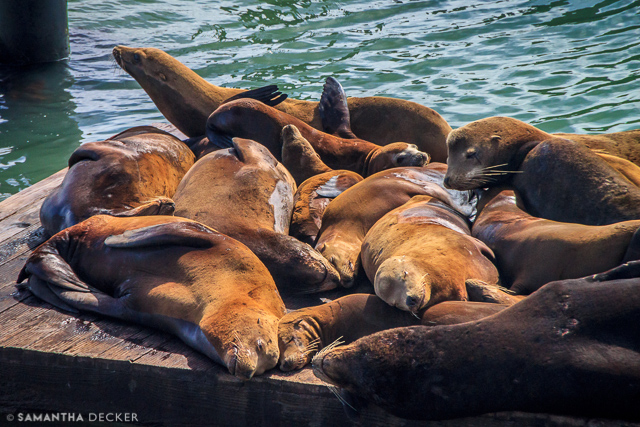 These seals were hanging out at Pier 39 in San Francisco.  Most people don't think of urban areas as a place to photograph wildlife, but if you look hard enough, you can find it!