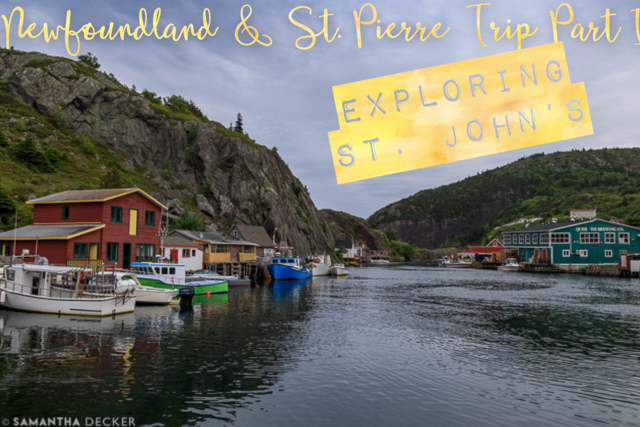 I recently got back from a trip that took me through the southeastern part of Newfoundland and into the French overseas territory of St. Pierre and Miquelon.  Over the course of the next few posts, I will be sharing my photos.  In this first post I will share my photos of St. John's, the capital of Newfoundland and Labrador. 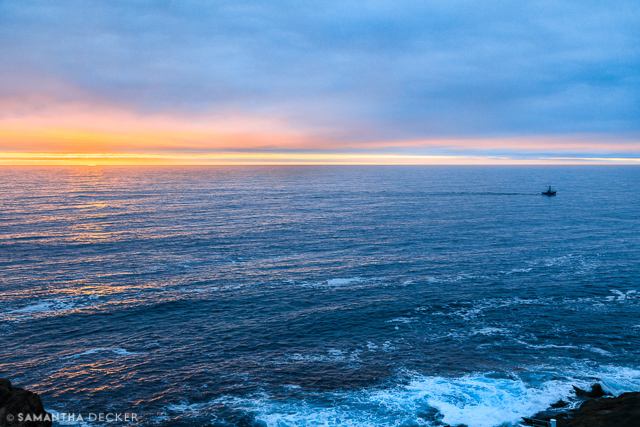 The morning after arriving in St. John's I witnessed a beautiful sunrise at Cape Spear, said to be the first sunrise in North America.  It did not disappoint! 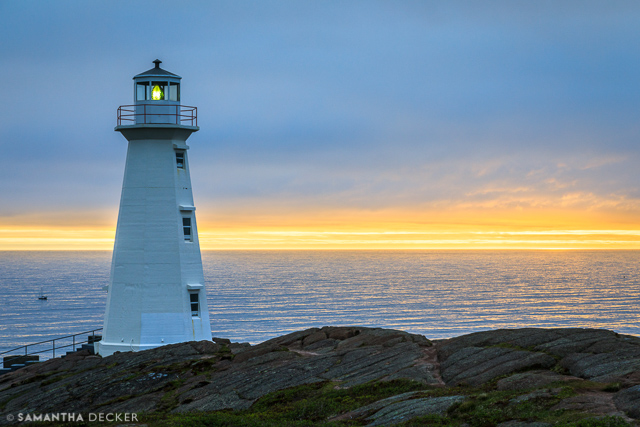 The scene is even prettier when the lighthouse is included in it! 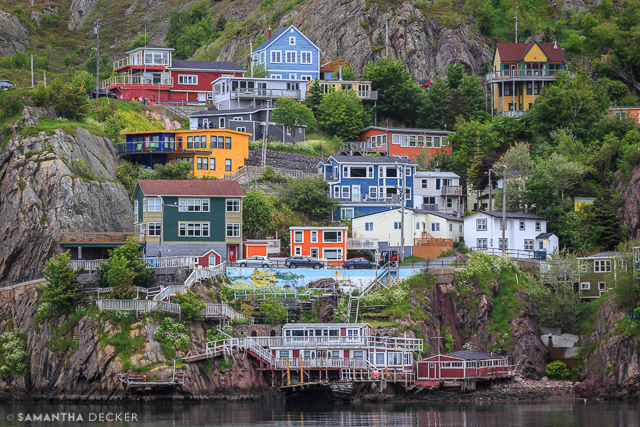 After sunrise, I took some photos at the Battery, a neighborhood in St. John's where you can see many colorful houses by the water. 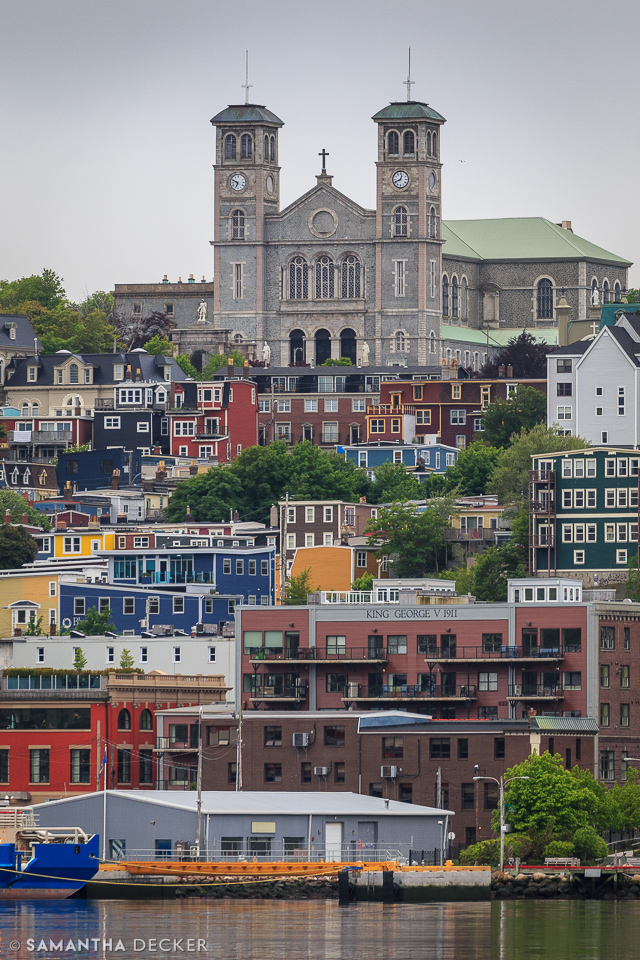 In the distance you can see the basilica of St. John the Baptist, whom the city is said to be named for. 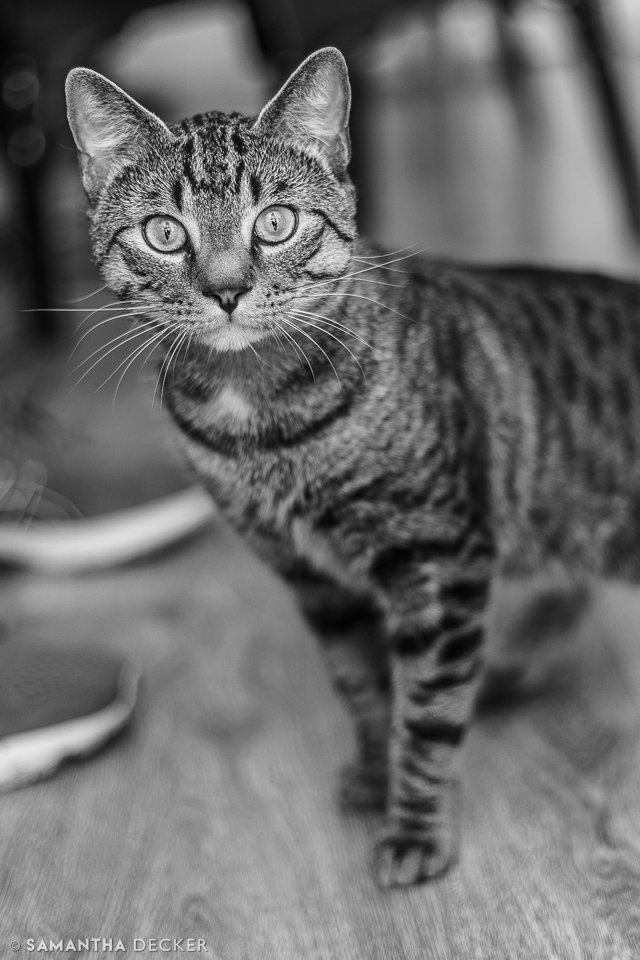 I had the chance to photograph some cute kitties at the Mad Catter, Newfoundland and Labrador's first cat café!  This little guy's name is Rusty. 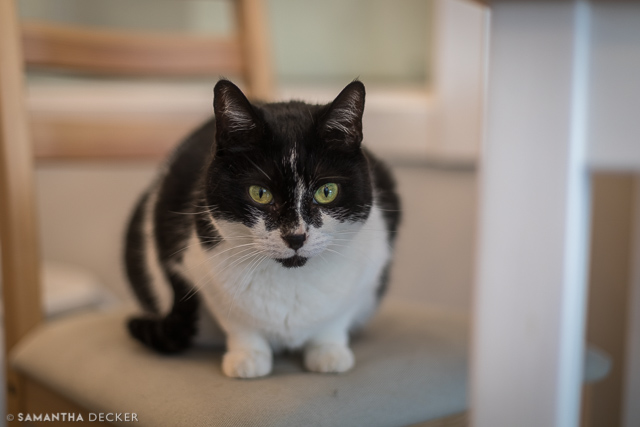 This sweet girl's name is Jewels. 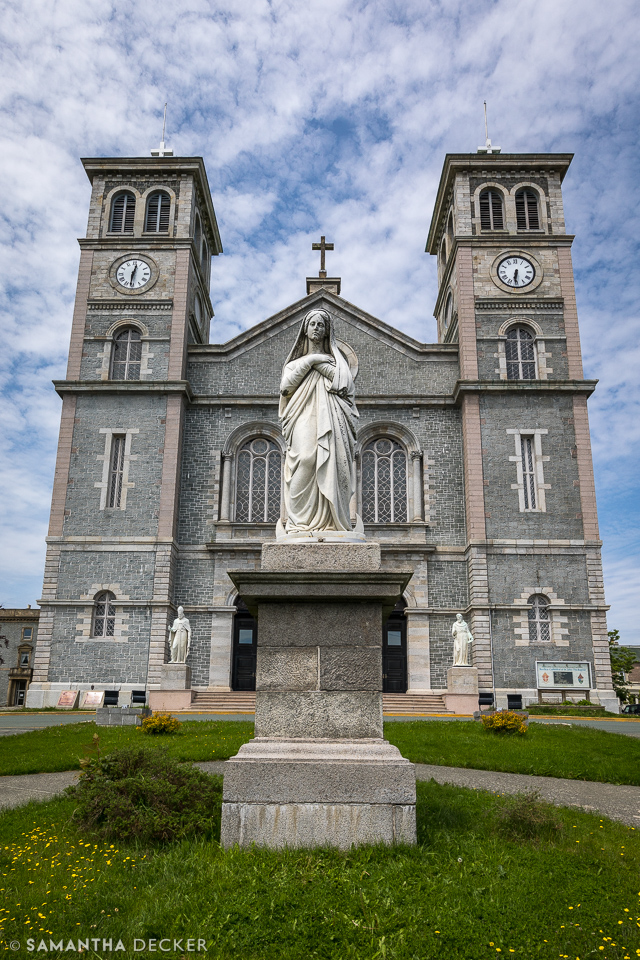 Next we visited the Basilica of St. John the Baptist. 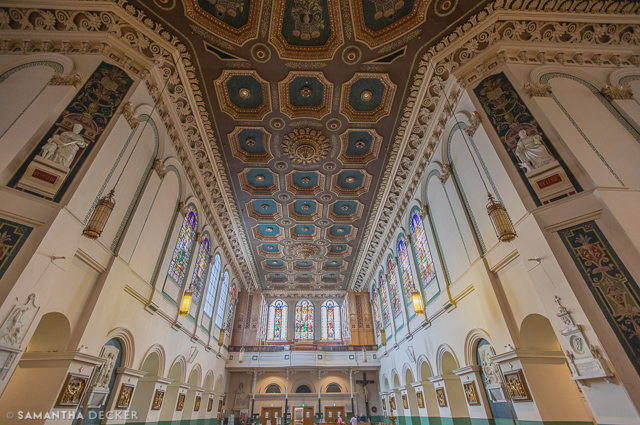 The inside of the church was stunning. 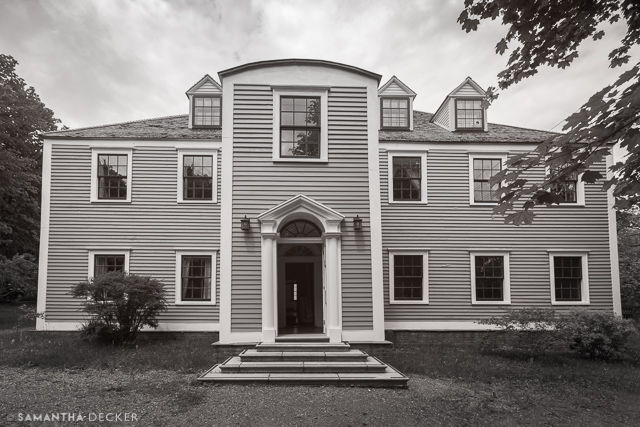 This unassuming building is the Commissariat House, which at one time was used as a British supply officer's house and offices. 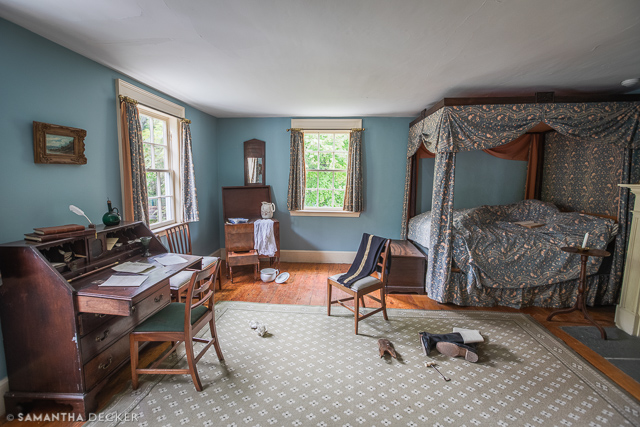 One of the bedrooms in the Commissariat House. 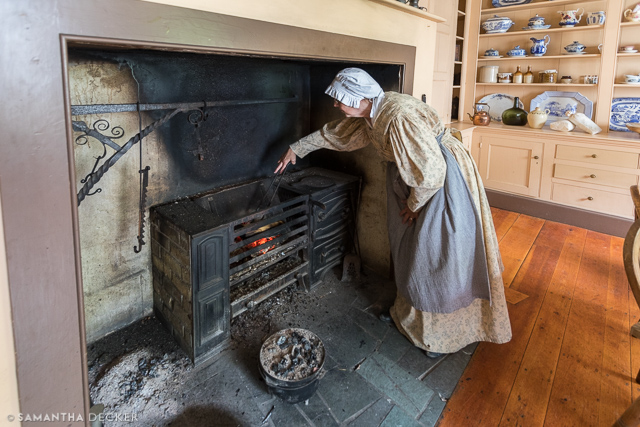 The kitchen in the Commissariat House, where we were offered homemade ginger beer and ice cream. 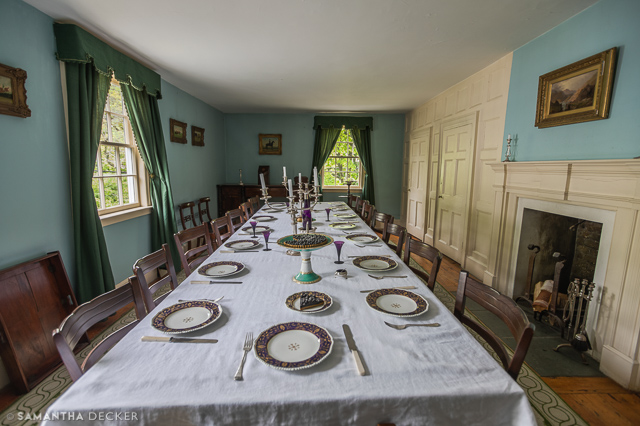 The dining room in the Commissariat House. 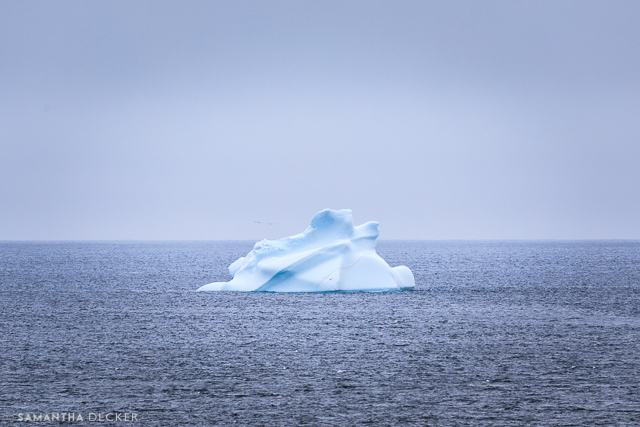 Driving around the Irish Loop, I managed to see one lonely iceberg!  It was past prime iceberg-viewing time in Newfoundland, so I was lucky to see this one! 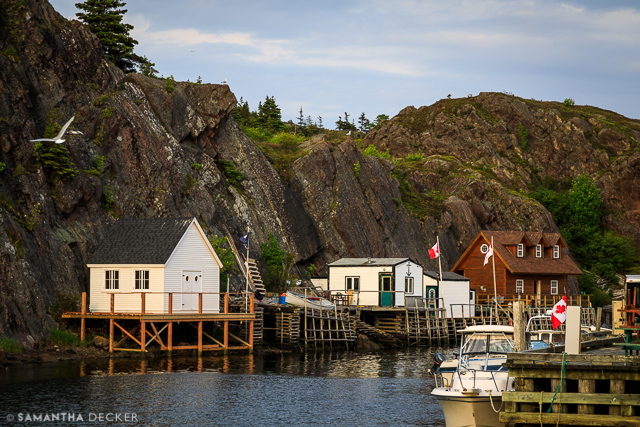 The quaint neighborhood of Quidi Vidi. 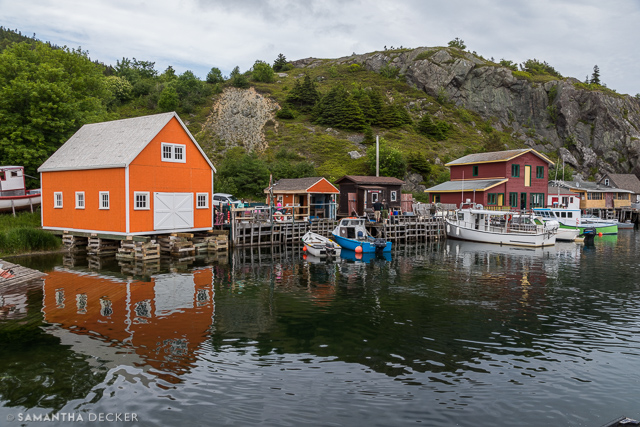 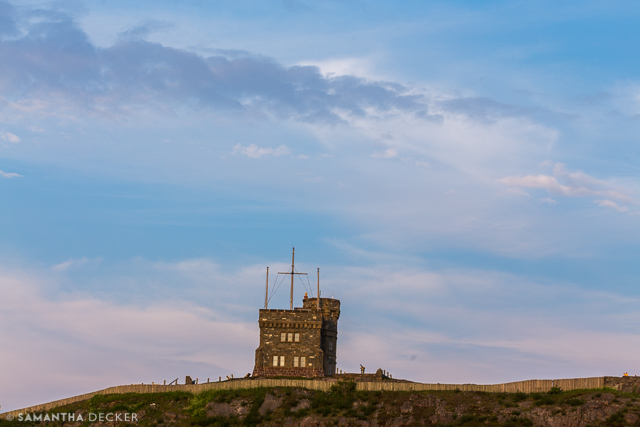 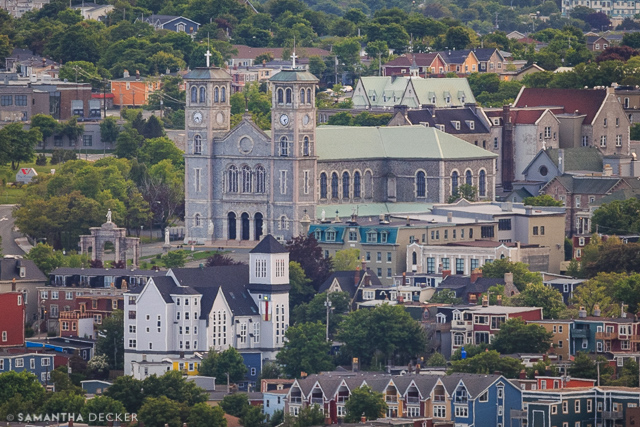 Another view of the Basilica of St. John the Baptist. 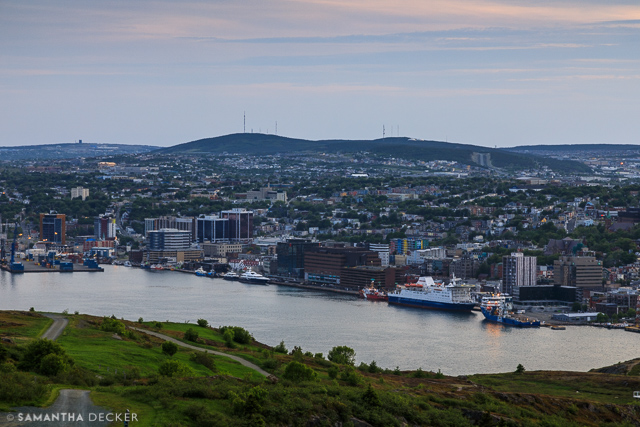 A view of St. John's from Signal Hill. 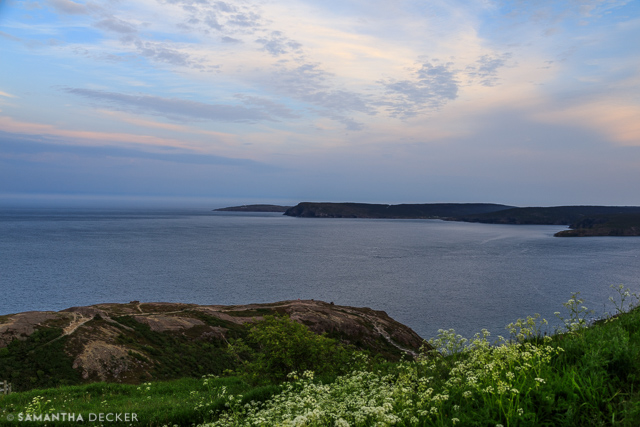 The view from the other side of Signal Hill. 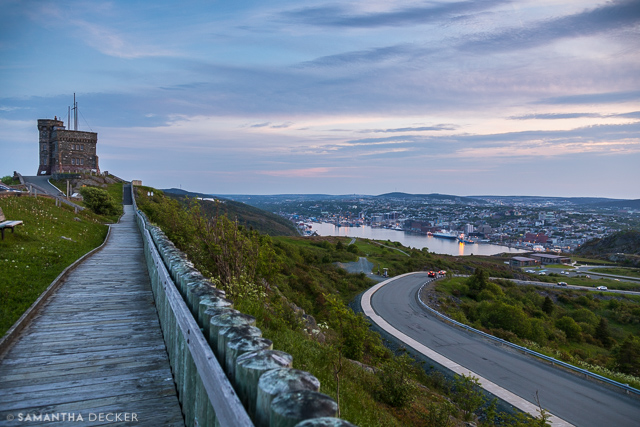 In this photo, I used a wider lens so you can see both the city and Cabot Tower. 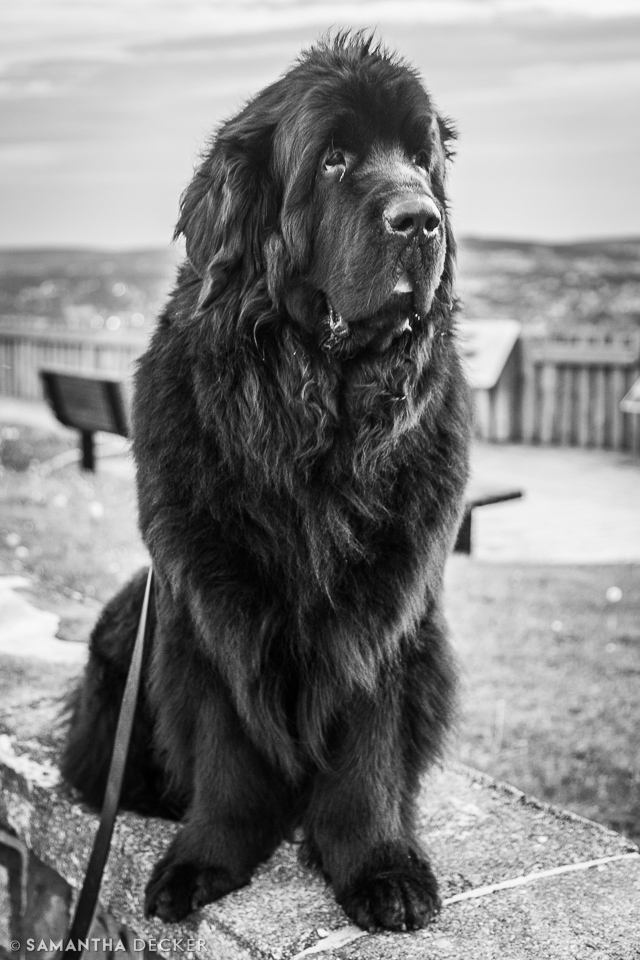