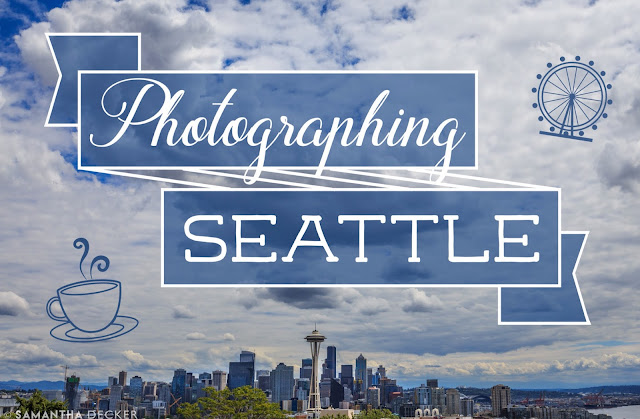 This is the sixth post on my Pacific Northwest trip.  If you haven't already, please check out my posts on the Columbia River Gorge, the Timberline Lodge, the Northern Oregon Coast, Oregon Coast Historic Sites, and the Alderbrook Resort.  In this post, I will share photos I took in Washington State's most famous city, Seattle. 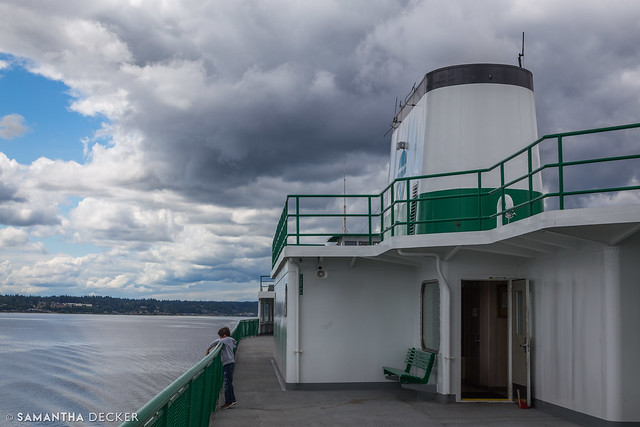 The ferry from Bremerton to Seattle offered plenty of photo ops. 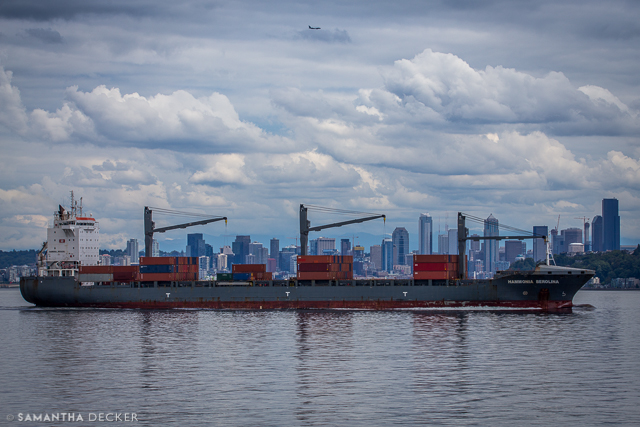 Look at the cargo ship!

A panoramic view of the Seattle skyline as the ferry approach. 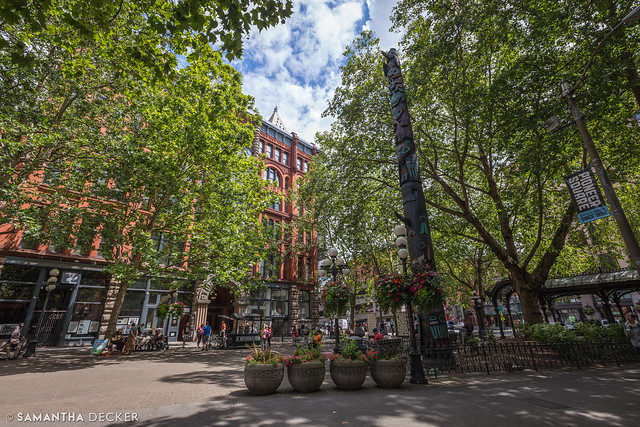 The first neighborhood I photographed in Seattle was Pioneer Square.  The architecture here harkens back to an earlier time. 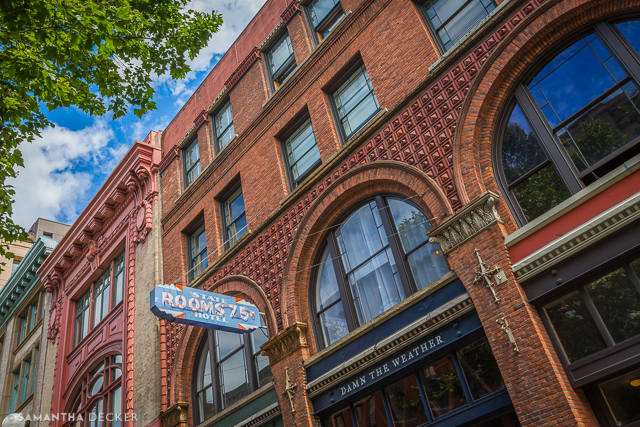 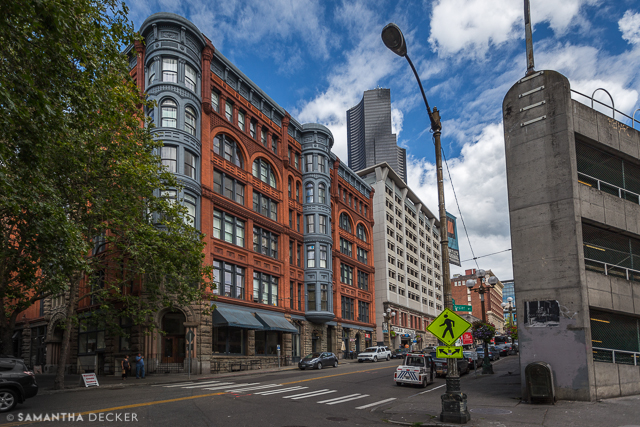 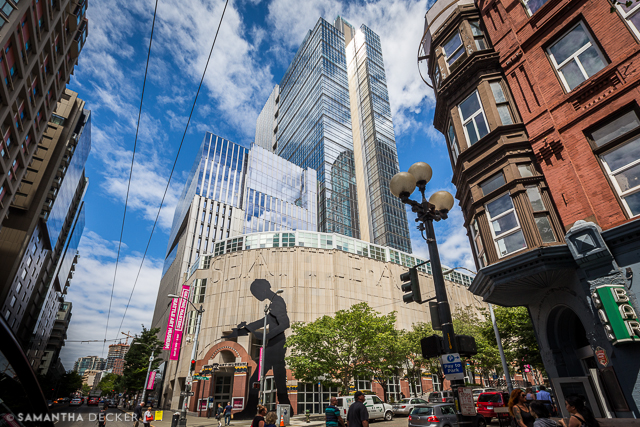 The Seattle Art Museum has a moving statue in front of it. 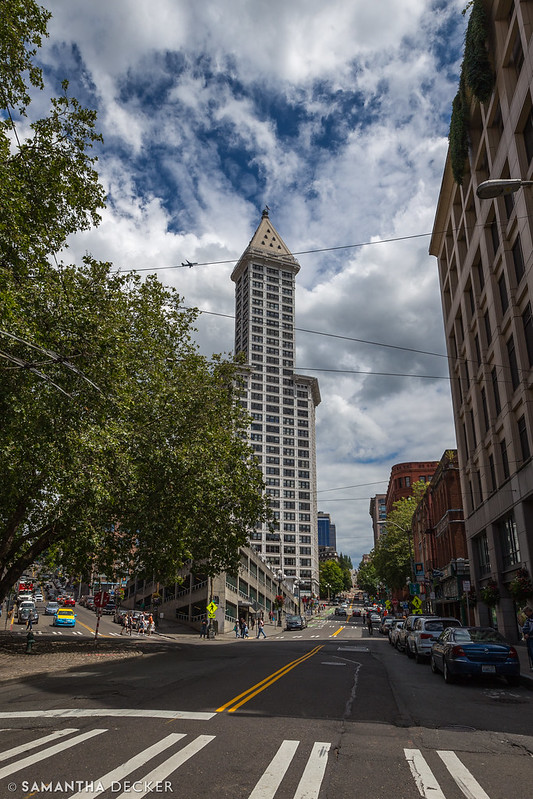 Smith Tower was once the tallest building in Seattle. 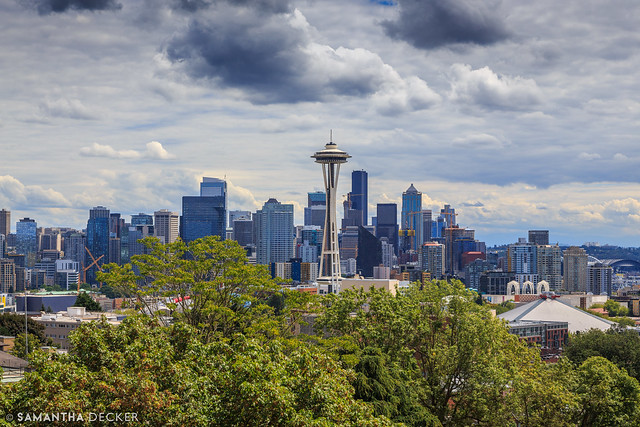 Kerry Park is a great place to get some photos of the Seattle skyline. 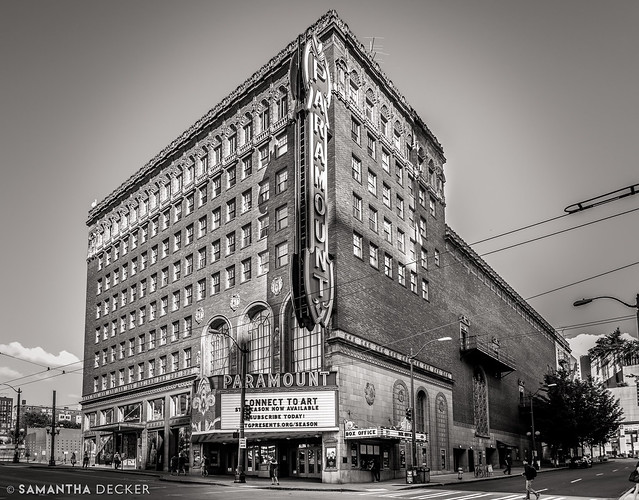 I had to get a photo of the Paramount Theater while I was in Seattle.  Fun fact:  Judy Garland and her sisters performed vaudeville here in the 1920s. 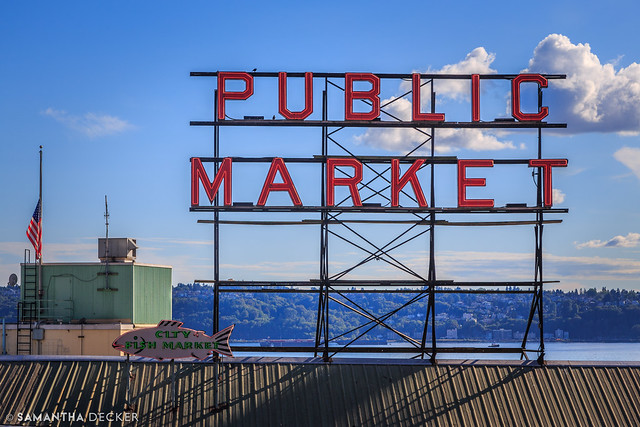 Seattle Public Market is one of the most recognizable landmarks in the city. 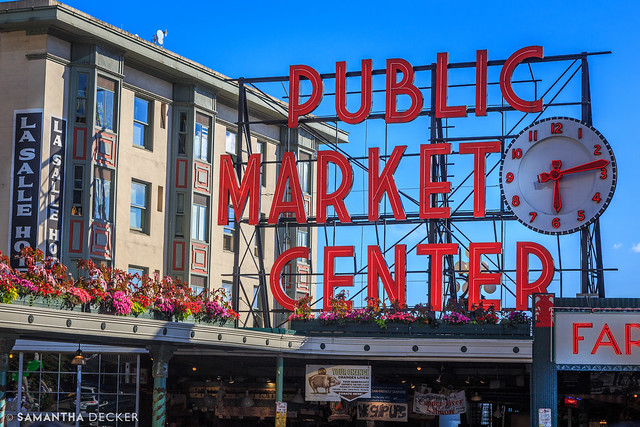 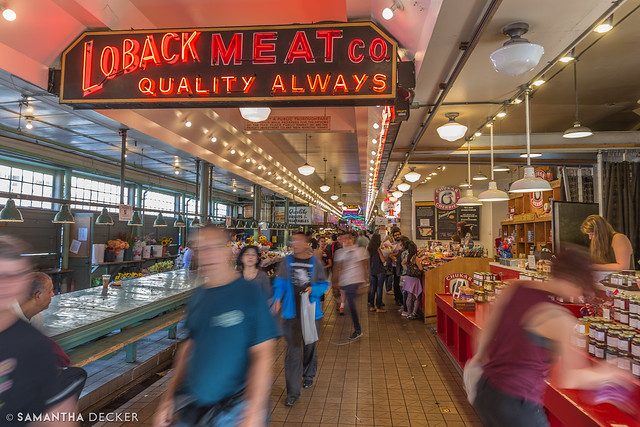 By using a long shutter speed in the above photo, I blurred the people walking by. 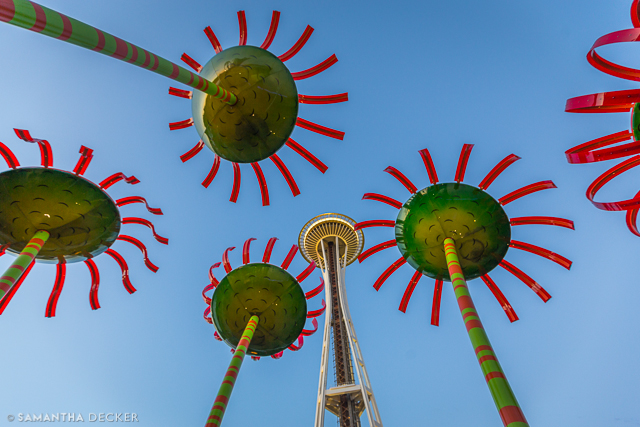 Over at the Space Needle, interesting glass sculptures make for a bugs-eye perspective. 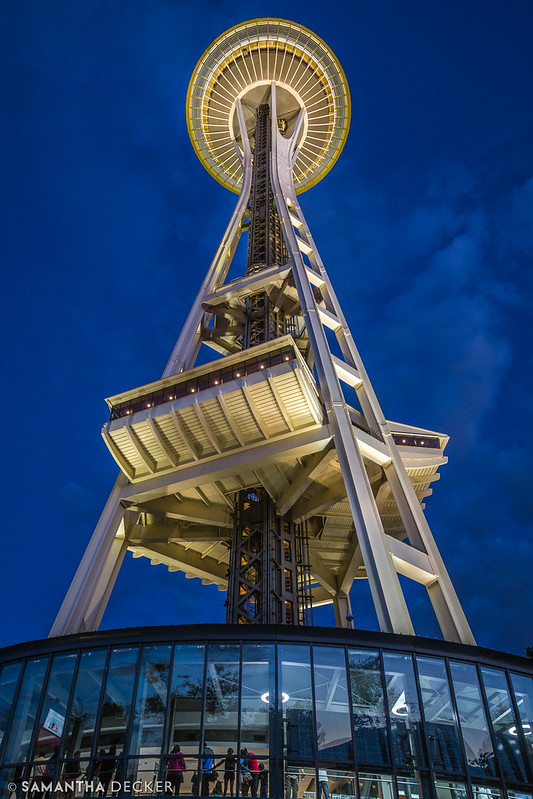 The Space Needle would fit right in at Tomorrowland at Walt Disney World or Disneyland. 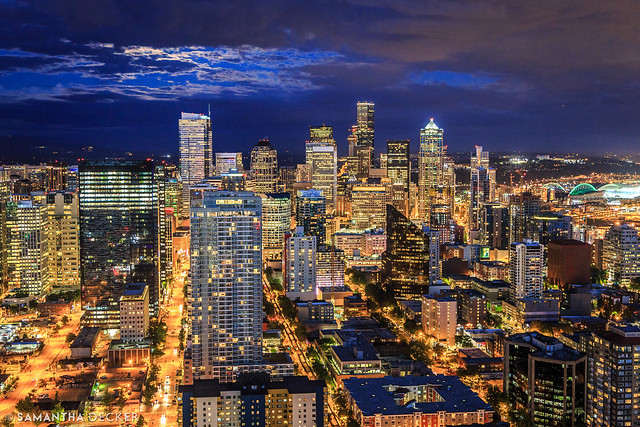 The view from the top of the Space Needle is unmatched!  Without a tripod, night photography proved difficult, but I walked away with several shots I was proud of. 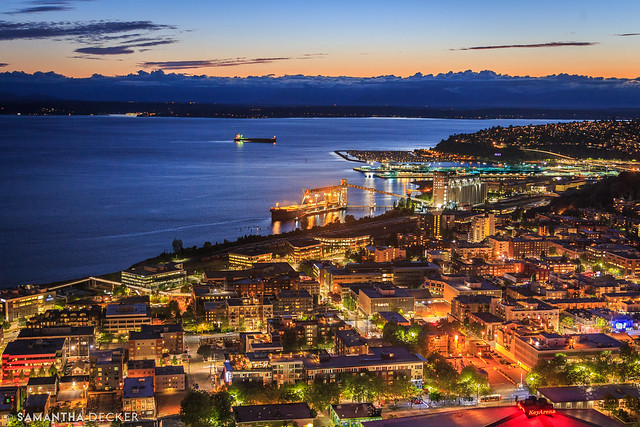 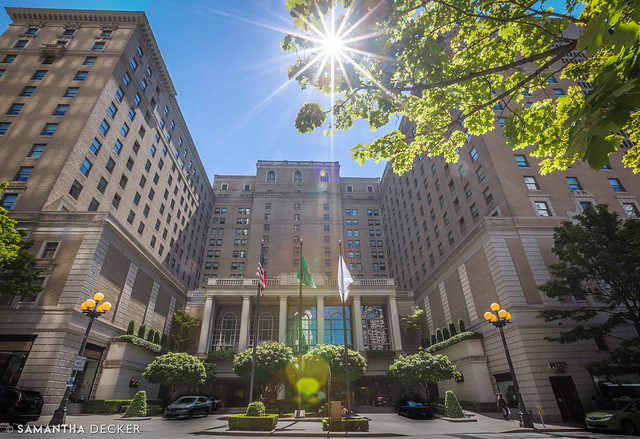 The Fairmont Olympic Hotel was built in 1924, but its architecture is reminiscent of older times, with a lobby that reminds me of the Titanic. 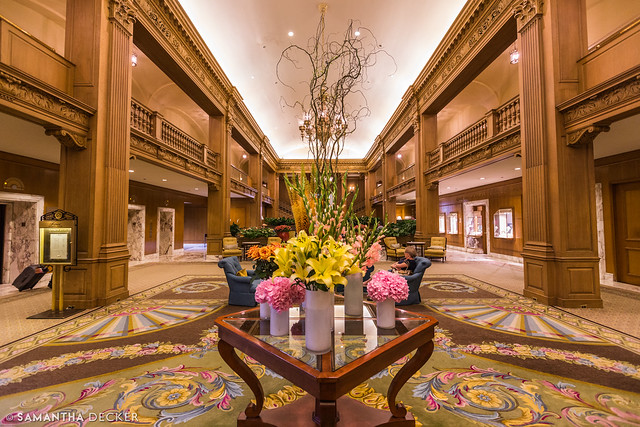 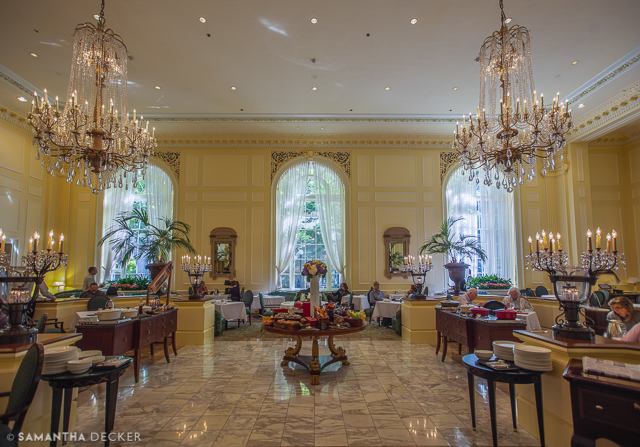 The Georgian Dining Room is a pleasant place to have breakfast. 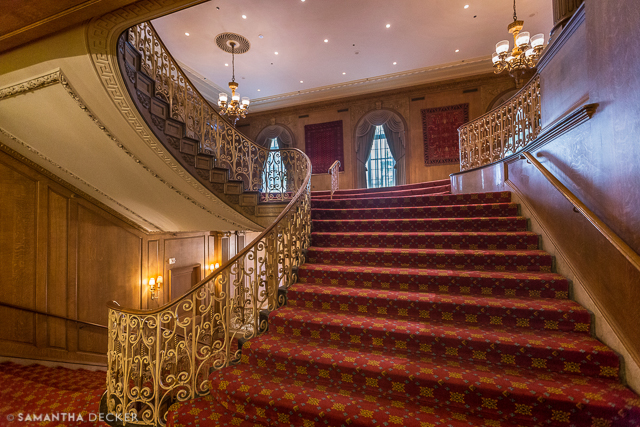 Whenever I stay in a hotel, I always explore and take photos of the various rooms and lounge areas. 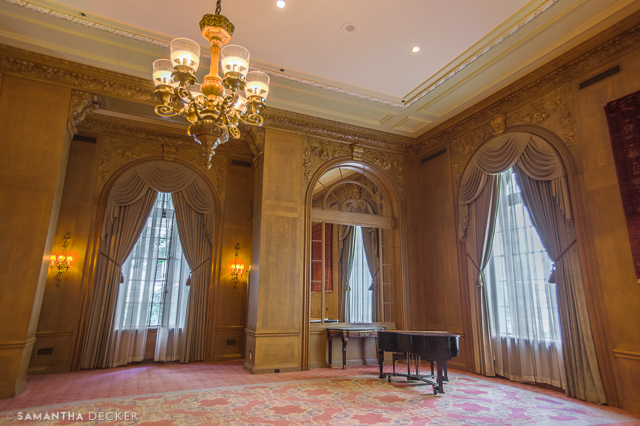 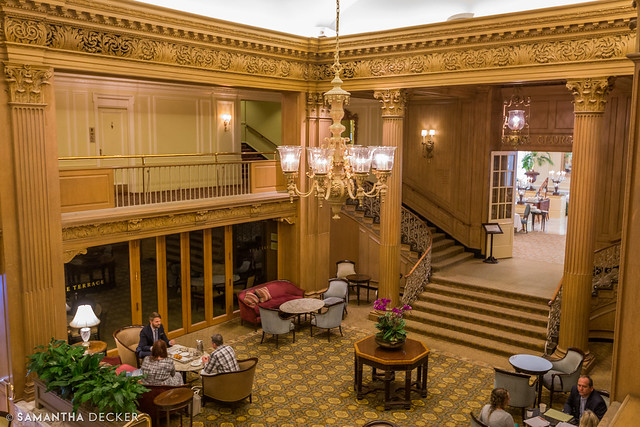