From the Archives: The View from 718 Hart

From the Archives is a series on my blog where I share older photos I've taken before I started this blog.  In the first post, I shared some photos I took at my alma mater, SUNY Oswego.  In this second post, I will share some photos I took out my dorm room window during my college years.  Some of these you may recognize from the last post, but I'm including them here as well for comparison. 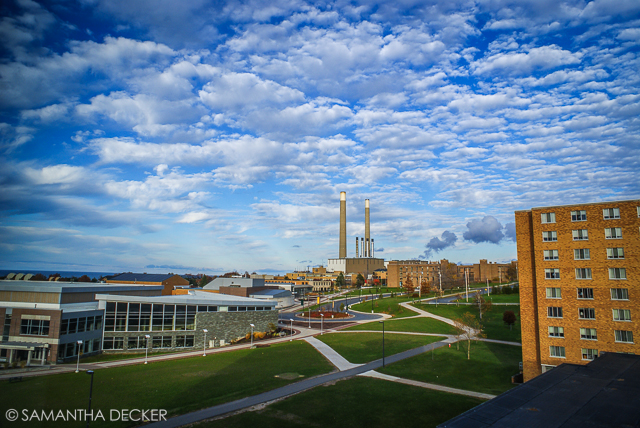 I lived in the same dorm room for seven of my nine semesters (hey, you get used to a good thing, why give it up?), so I had plenty of opportunities to photograph the view at different times of day and in different weather conditions.  As I mentioned in my previous post, my love for photography really developed while I was at Oswego, so there is a range in gear and skill level in the photos in this post.  In the photo above, you can see a lot of the campus, and Lake Ontario, if you look carefully at the left central part of the photo. 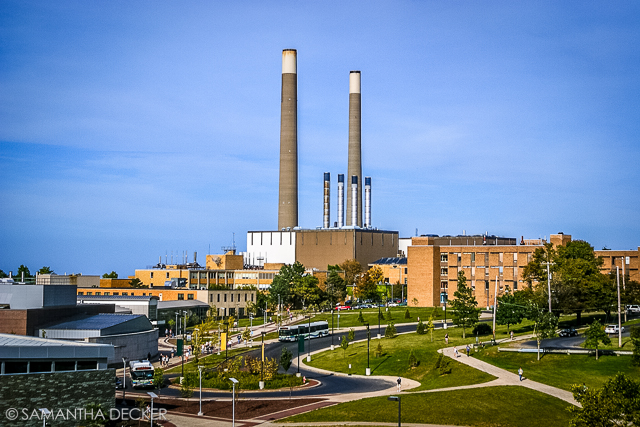 Moving on to some more warm weather photos, the photo above is a tighter view of the top scene.  Those two towers from the power plant can be seen pretty much anywhere in Oswego.  The photo below was taken just after a storm.  You can see a hint of rainbow on the righthand side. 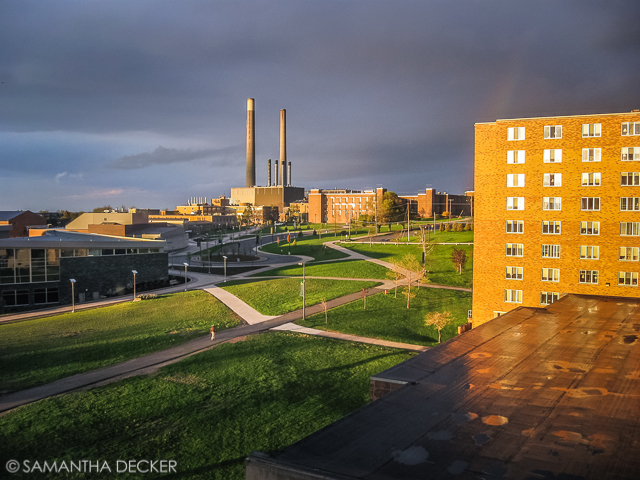 Below, I captured this long exposure at night.  It doesn't even look like the same place! 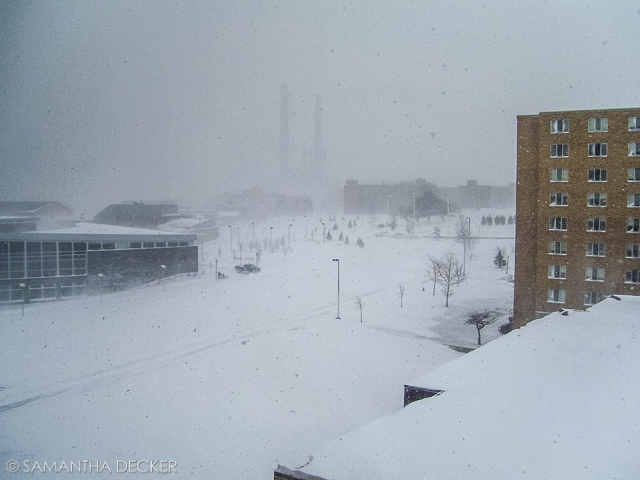 Oswego is known for its harsh winters.  One winter was especially harsh, with snow and winds so bad sometimes all one could see outside was white.  Most of these winter photos were taken with my Kodak EasyShare before I really started to develop my skills, but I think it's cool to show how different the view can look. 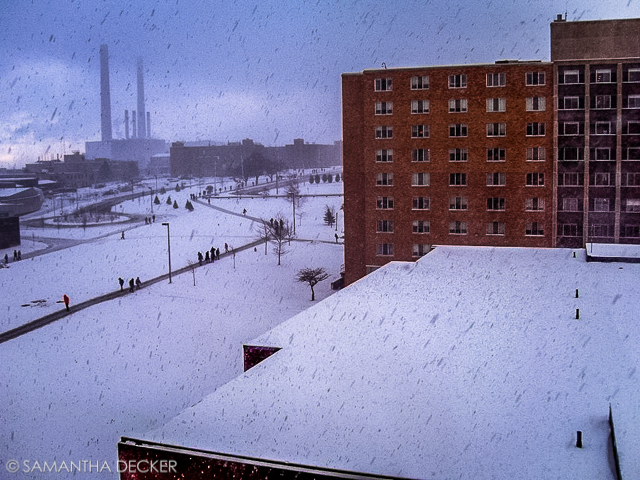 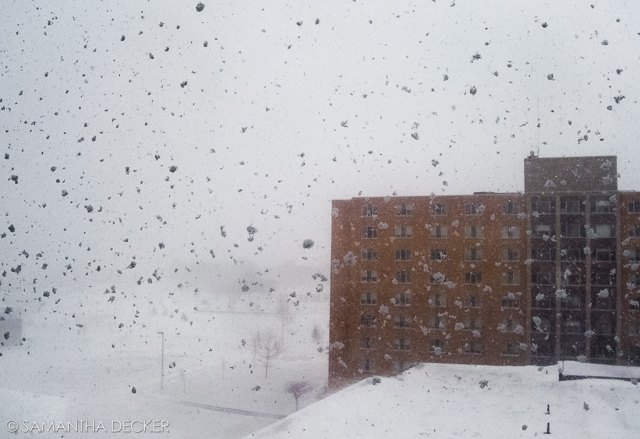 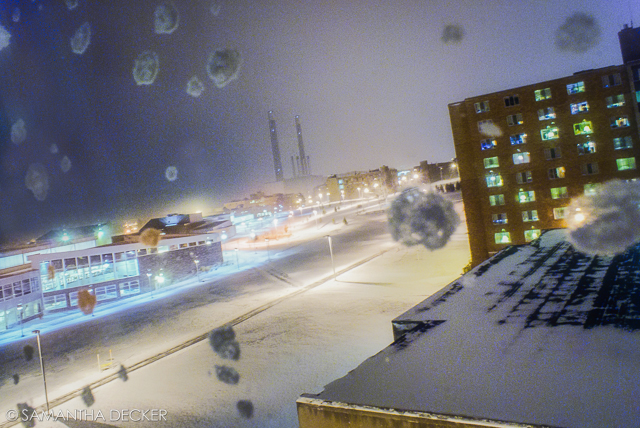 Above, the first snowfall after I purchased my DSLR.  Below, some less extreme winter scenes. 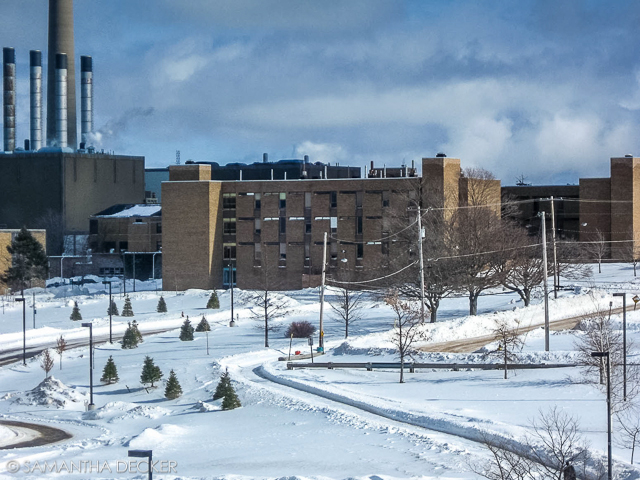 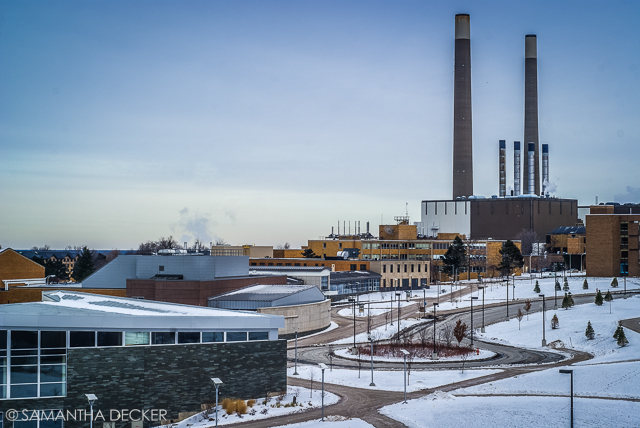 The above photo is the last one I took out my window after graduation.  I do miss that view, but I'm glad my love of photography has compelled me to capture all these photos for posterity. 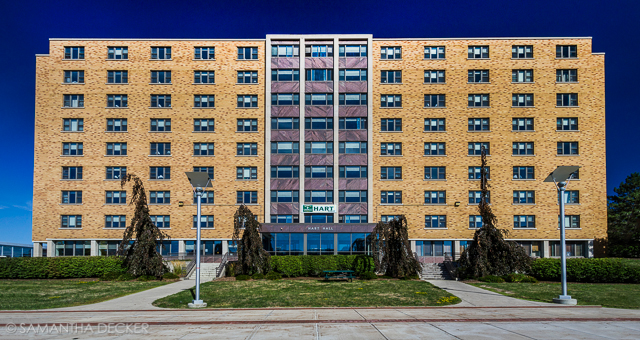 In case you didn't see my previous post, above is what Hart Hall looks like from the outside.  I actually took this photo when I returned to Oswego for a visit in 2012, a few years after I graduated. 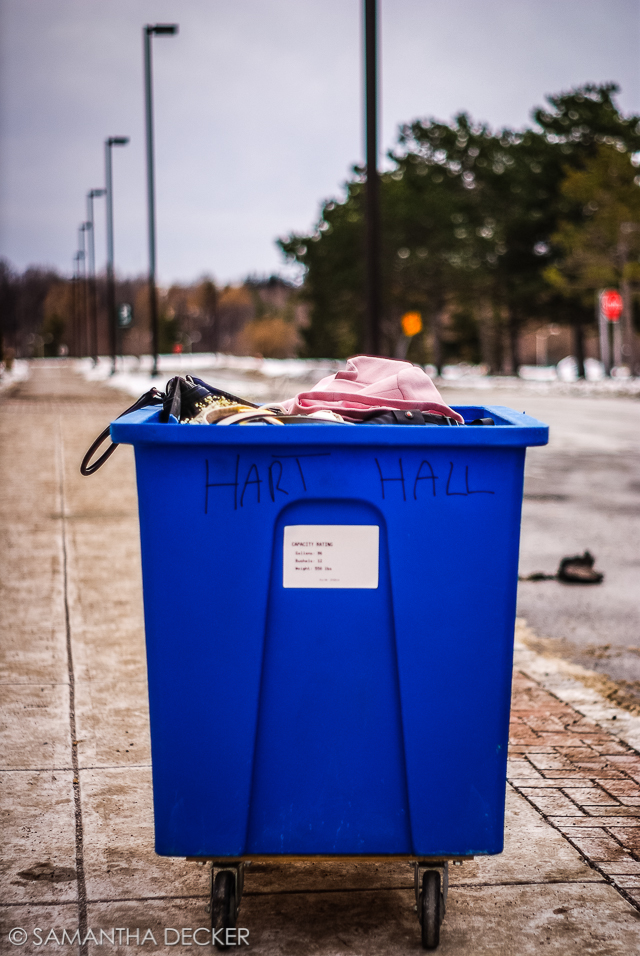 The above photo is the last one I took before loading up my car and driving home.  It was a dreary day, but I wanted to remember the little moments like loading up the big blue bins when moving in and out.

That wraps up my photos from SUNY Oswego!  In future From the Archives posts, look for my photos from the Oswego (off-campus) and Central New York, Walt Disney World, New York City, France, California, and other locales.