Movement and Motion in Saratoga Springs 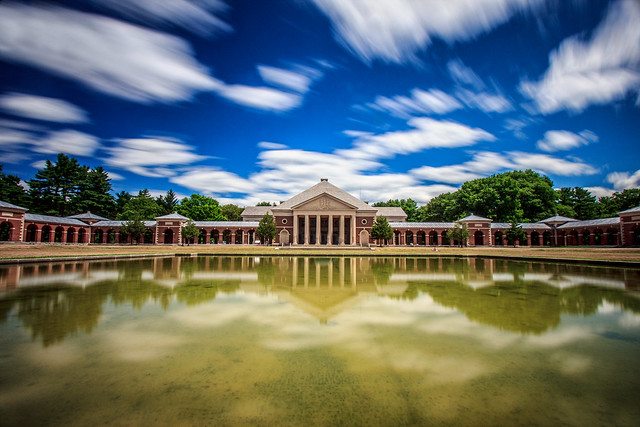 Above and below, the Hall of Springs at the Saratoga Spa State Park in summer and fall.  To get long exposures like this during the day, I use a 10 stop neutral density filter. 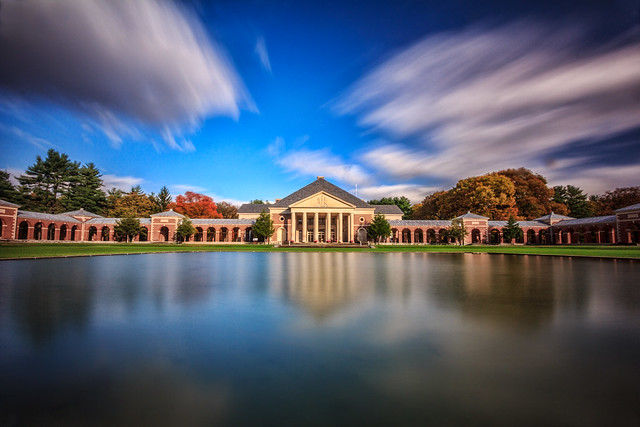 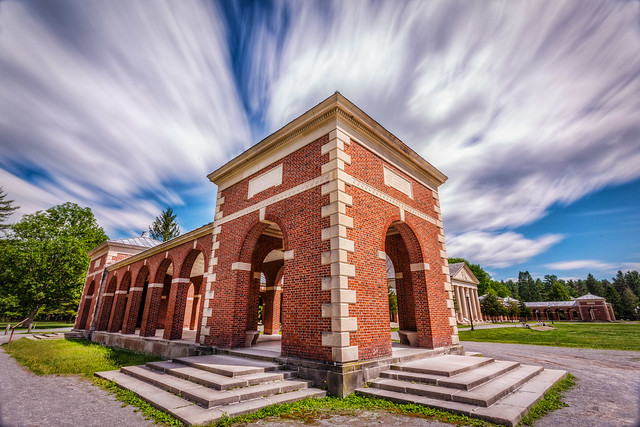 An alternate view of the Hall of Springs. 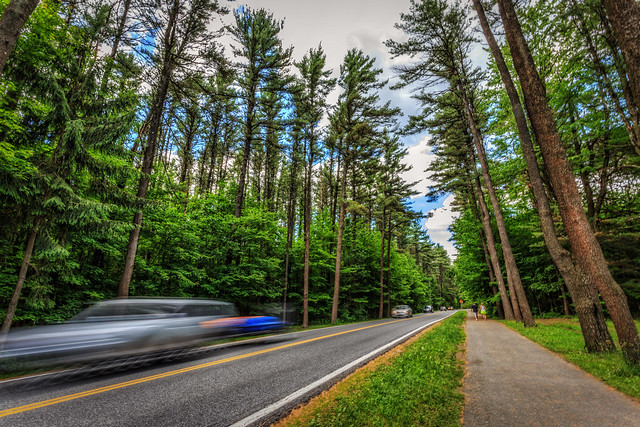 Car zoom down Avenue of the Pines at the State Park.  I managed to handhold this shot at 1/5 of a second. 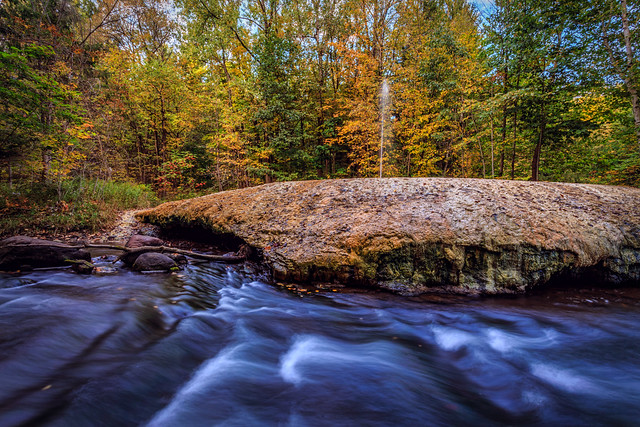 The geyser area at the State Park offers another opportunity to capture flowing water.  Sometimes I bring my tripod here, but there are large ledges you can place your camera on if you're feeling brave . 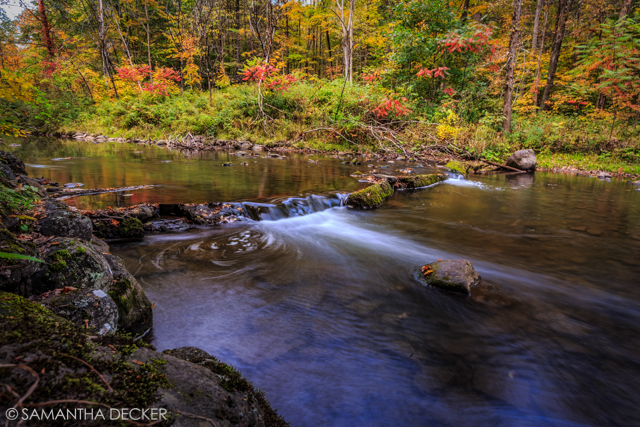 Over at the race track, I normally use fast shutter speeds to freeze the movement of the horses, but for the above shot I used a very slow shutter speed and panned with the horses to create an impressionistic feel.

The back stretch is another place to practice panning.  Free tours are offered in the summer.  Using my friend's 70-200mm f/2.8L IS lens, I was able to get some very clean panning shots thanks to the lens' specialized image stabilizer mode for panning. 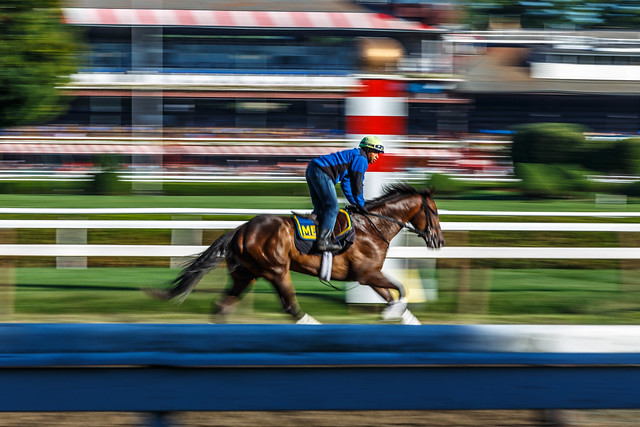 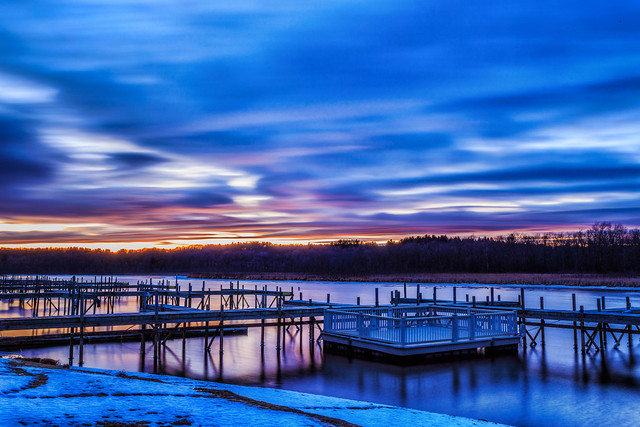 At Fish Creek and Saratoga Lake, the clouds and the water moving create a glorious landscape when captured with a longer shutter speed. 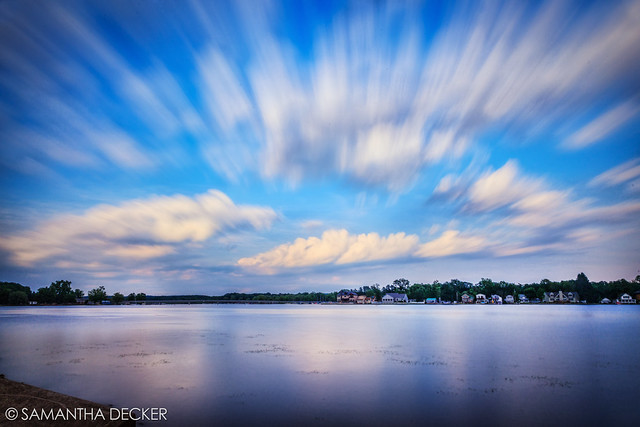 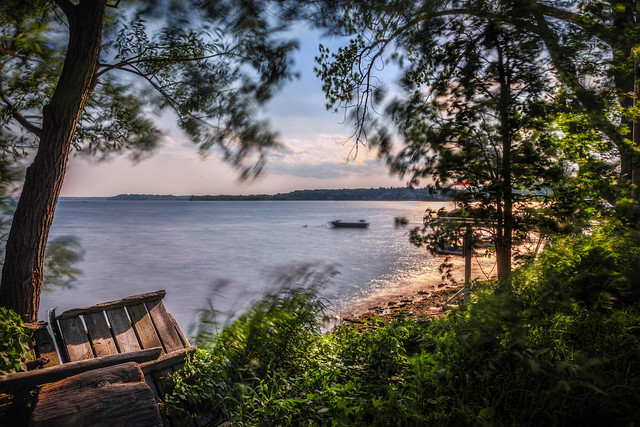 In the above and below shots of Saratoga Lake, the clouds weren't very exciting, but the movement of the tree branches added some interest to the shot. 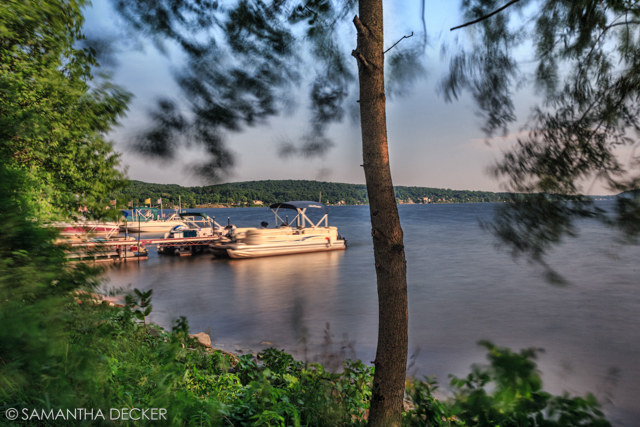 Let's take things downtown. Broadway is bustling at nearly any hour of the day, offering an opportunity to capture cars zooming past. 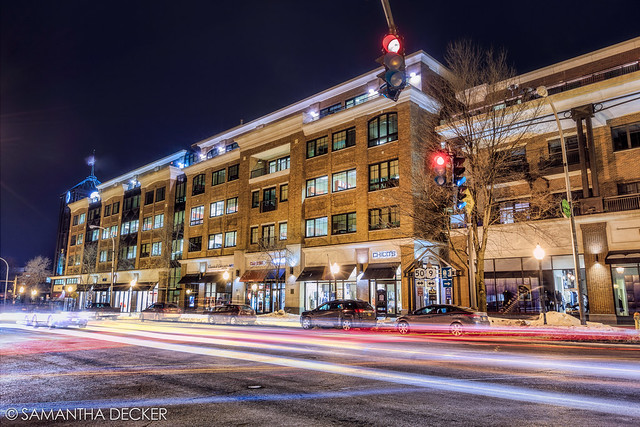 The above and below photos show two techniques for capturing cars in motion.  In the above photo, the exposure is so long that the moving cars don't even show up in the photo, only their lights do as light trails.  In the photo below, a much shorter speed allows you to actually see the movement of the cars. 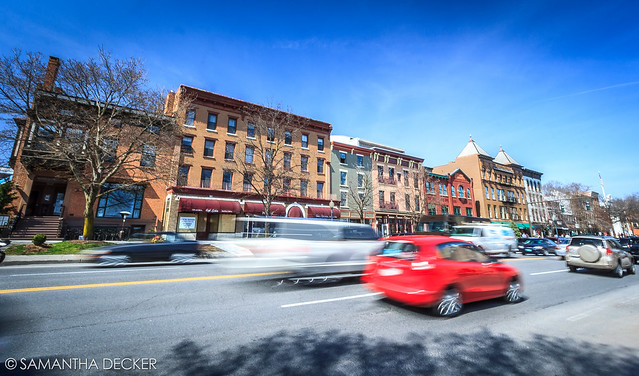 The carousel in Congress Park is fun to capture as it spins around. 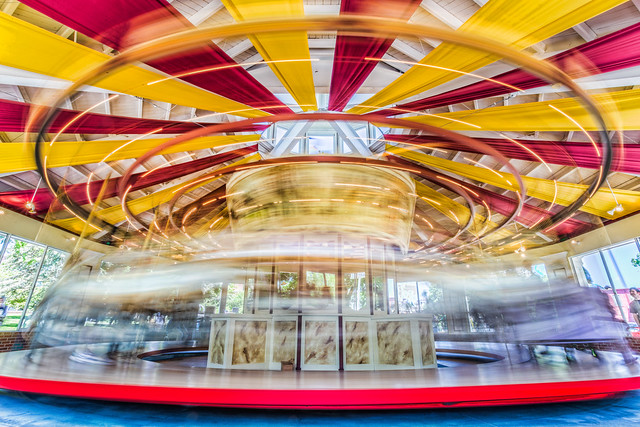 Taking things a little bit out of town, the Saratoga County Fair in Ballston Spa with its moving rides and crowds of people has lots of motion. 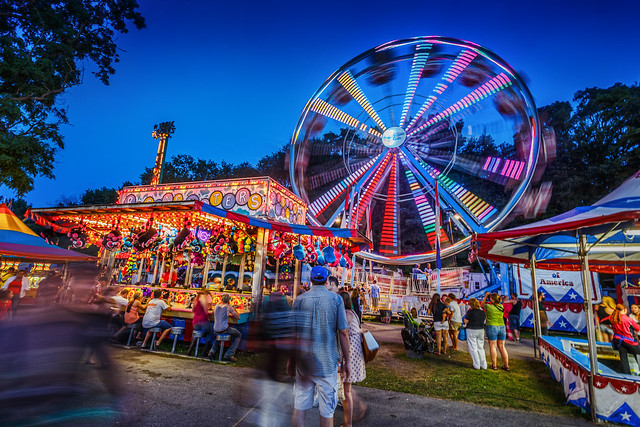 The below shot would have been much less interesting if I hadn't slowed down the shutter speed to capture the movement of the people. 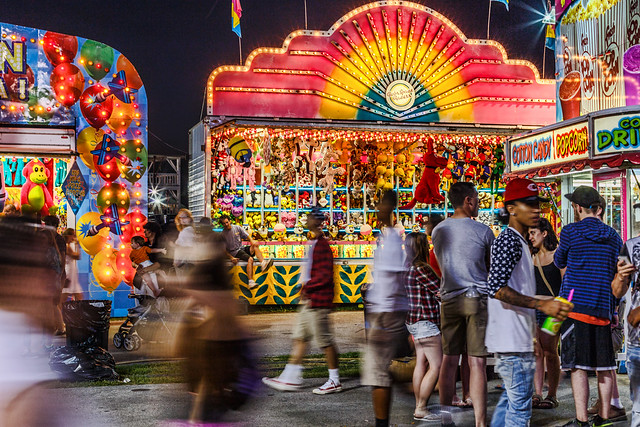