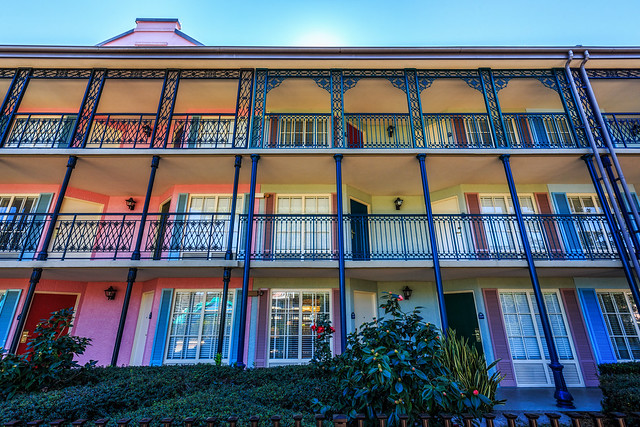 This is my final of five installments of photos I took on my most recent Walt Disney World trip.  Earlier I posted about a day in Disney's Animal Kingdom, a day at EPCOT, a day at Magic Kingdom, and a day at Disney's Hollywood Studios.


Normally when I travel to Disney World I go around to some of the resorts to take photos, but this time I didn't make it to very many.  My resort visits were limited to Port Orleans Riverside (where I was staying), Port Orleans French Quarter, and Saratoga Springs Resort. 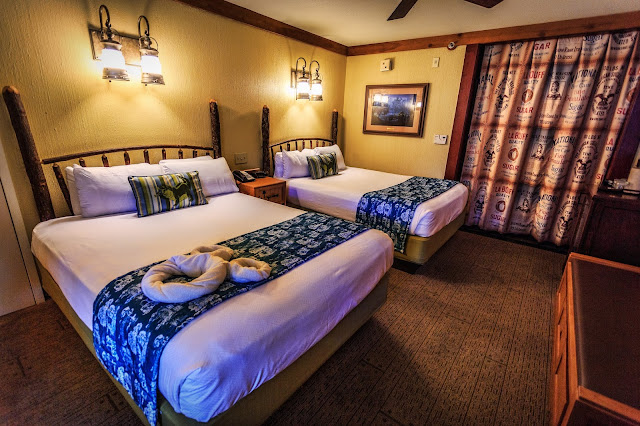 Port Orleans Riverside has nice rooms with touches from The Princess and the Frog, which fits in with the Louisiana Bayou theme.  The last time I stayed at Riverside was back in 2000, when it was known as Dixie Landings.  The grounds are gorgeous, and great for photos.  I took a lot with my fisheye. 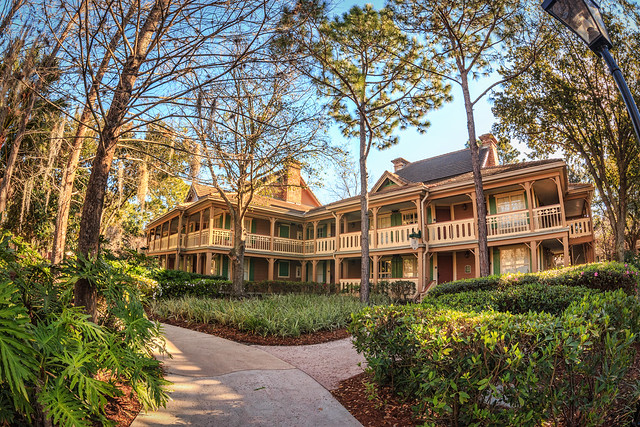 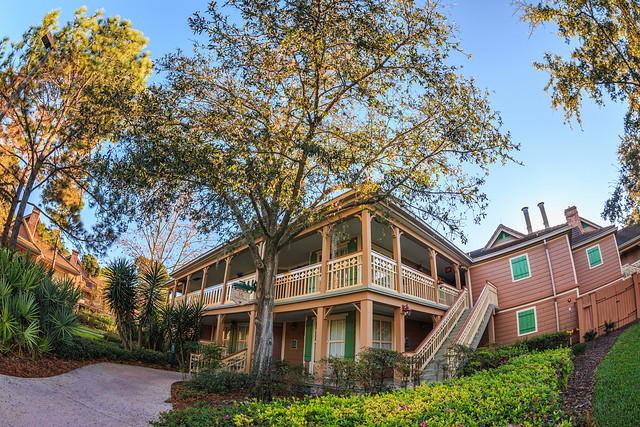 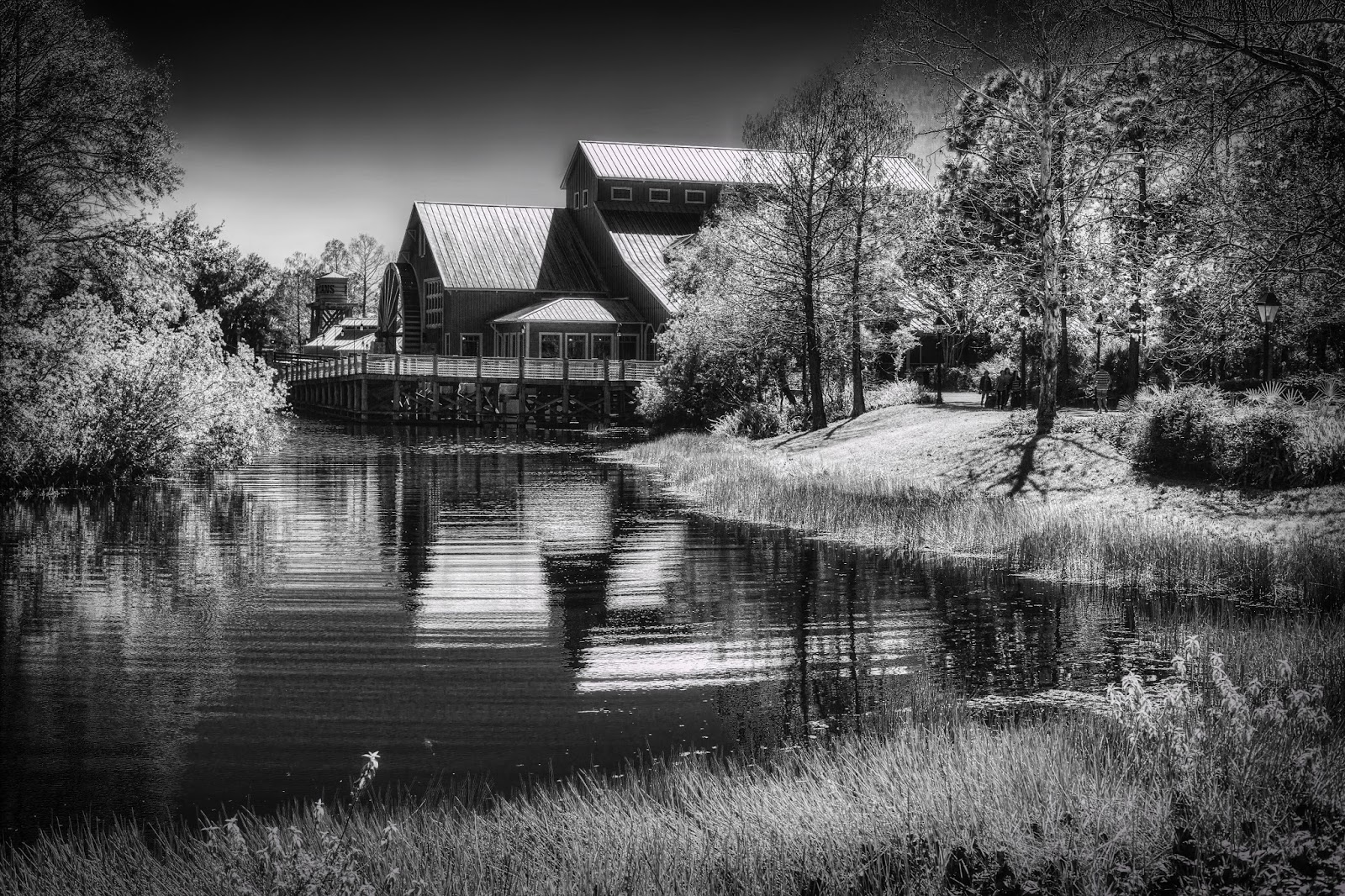 The dining hall has a great pasta station, and it's great to have somewhere around the corner to grab a bite to eat that's not as pricy as the regular restaurants.  For the photo above of the outside of the dining hall, I went for an infrared-esque look with my processing. 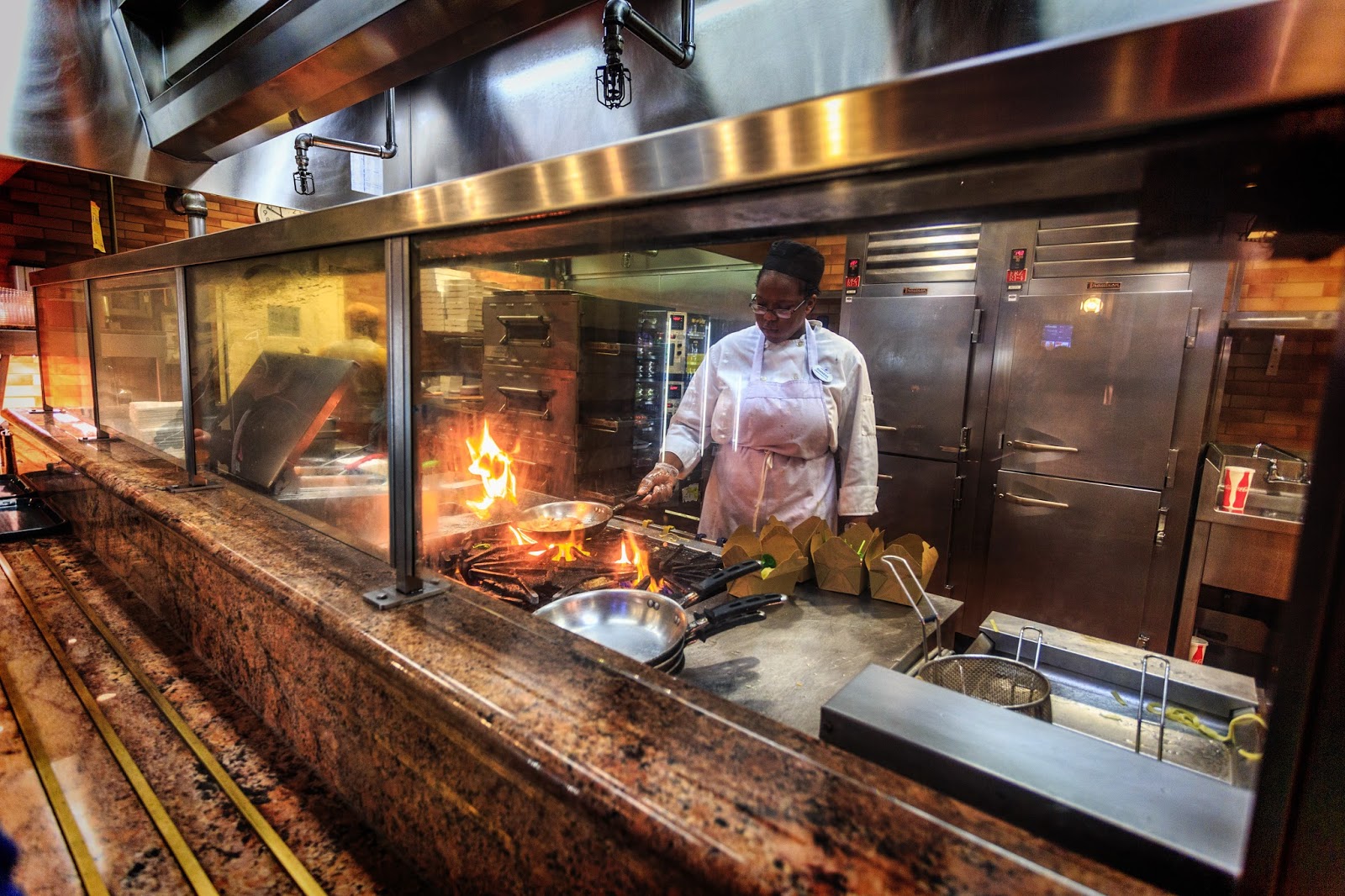 The last two photos were taken at Boatwright's, which is designed to look like a boat construction warehouse. 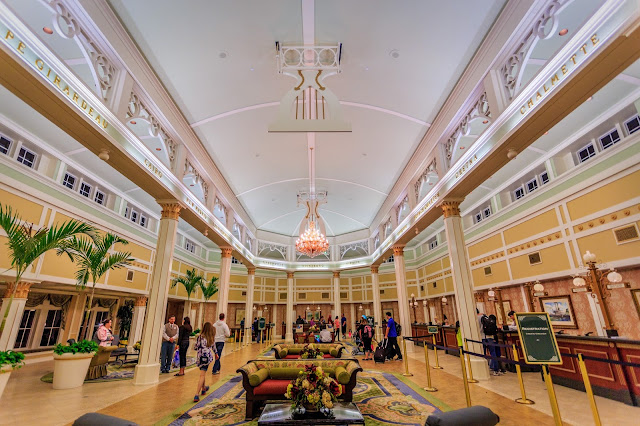 The lobby of Port Orleans Riverside is not as grandiose as those of some of the other resorts, but it is still quite nice. 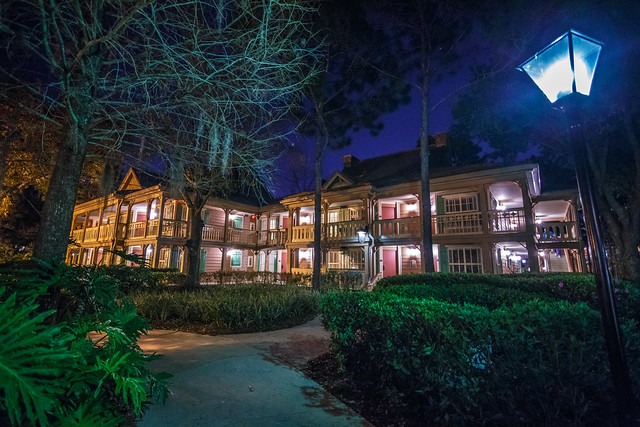 As with most places, the grounds of Riverside are even more vibrant when photographed at night.  Most of these night shots are handheld. 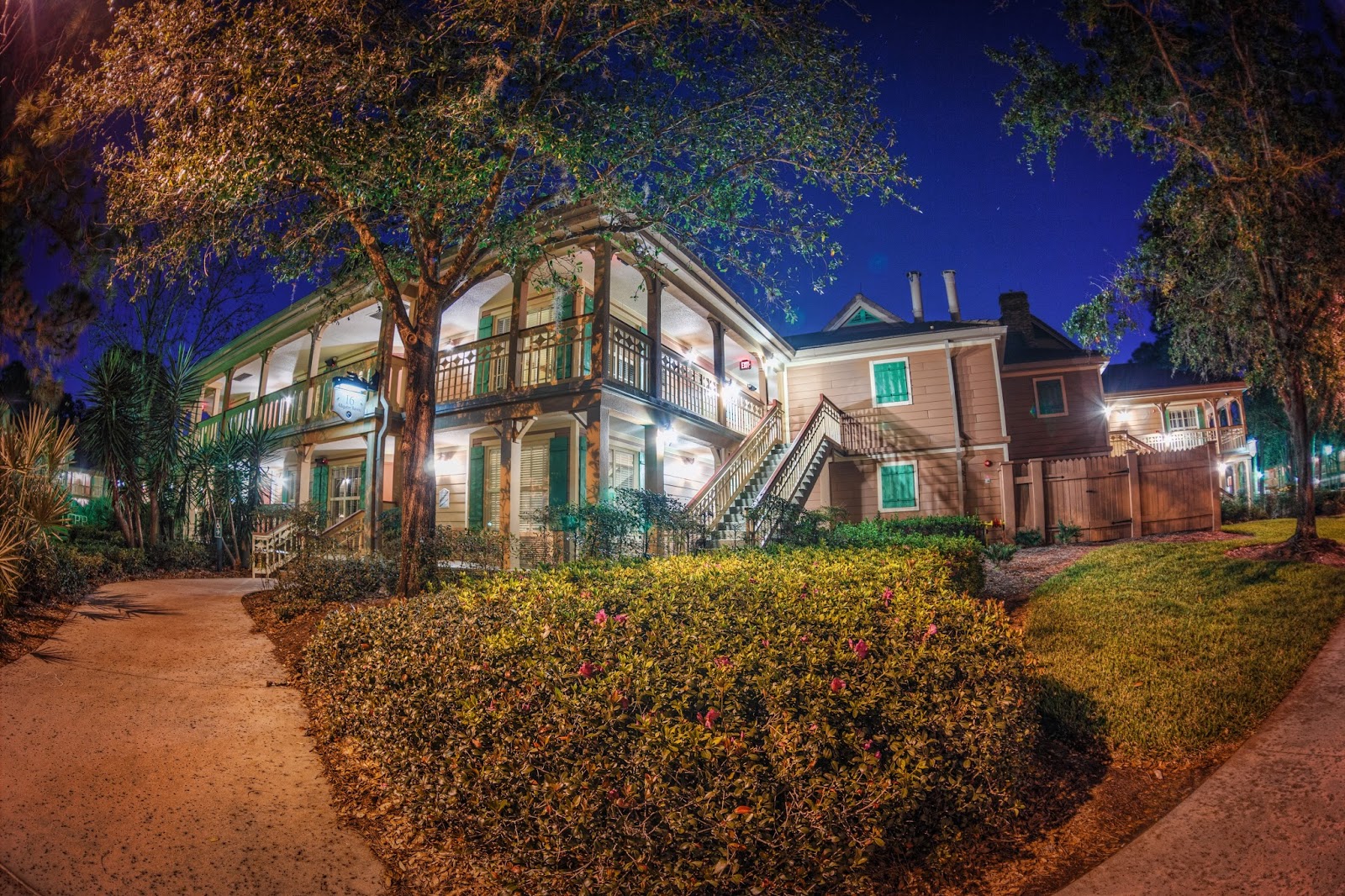 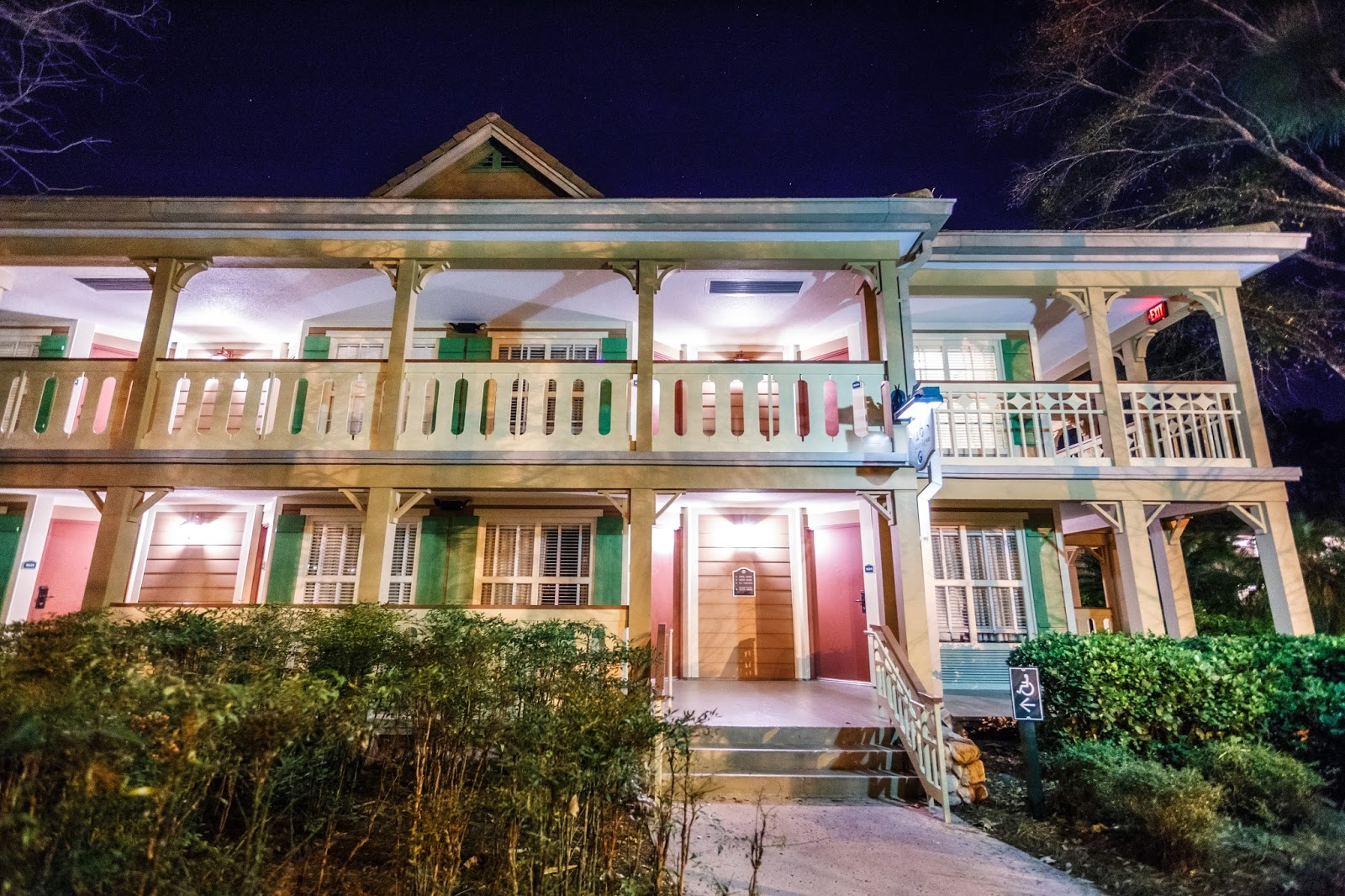 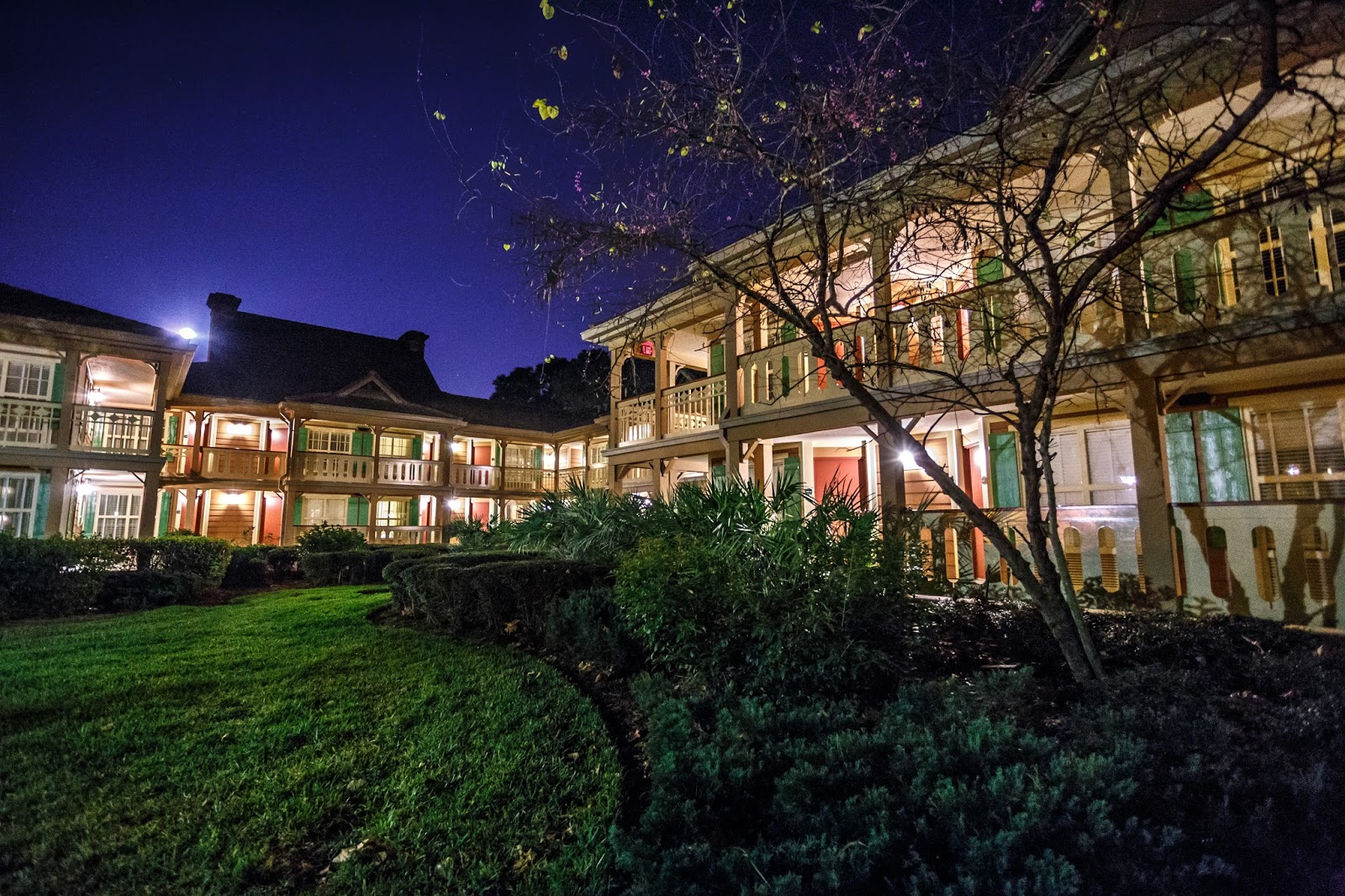 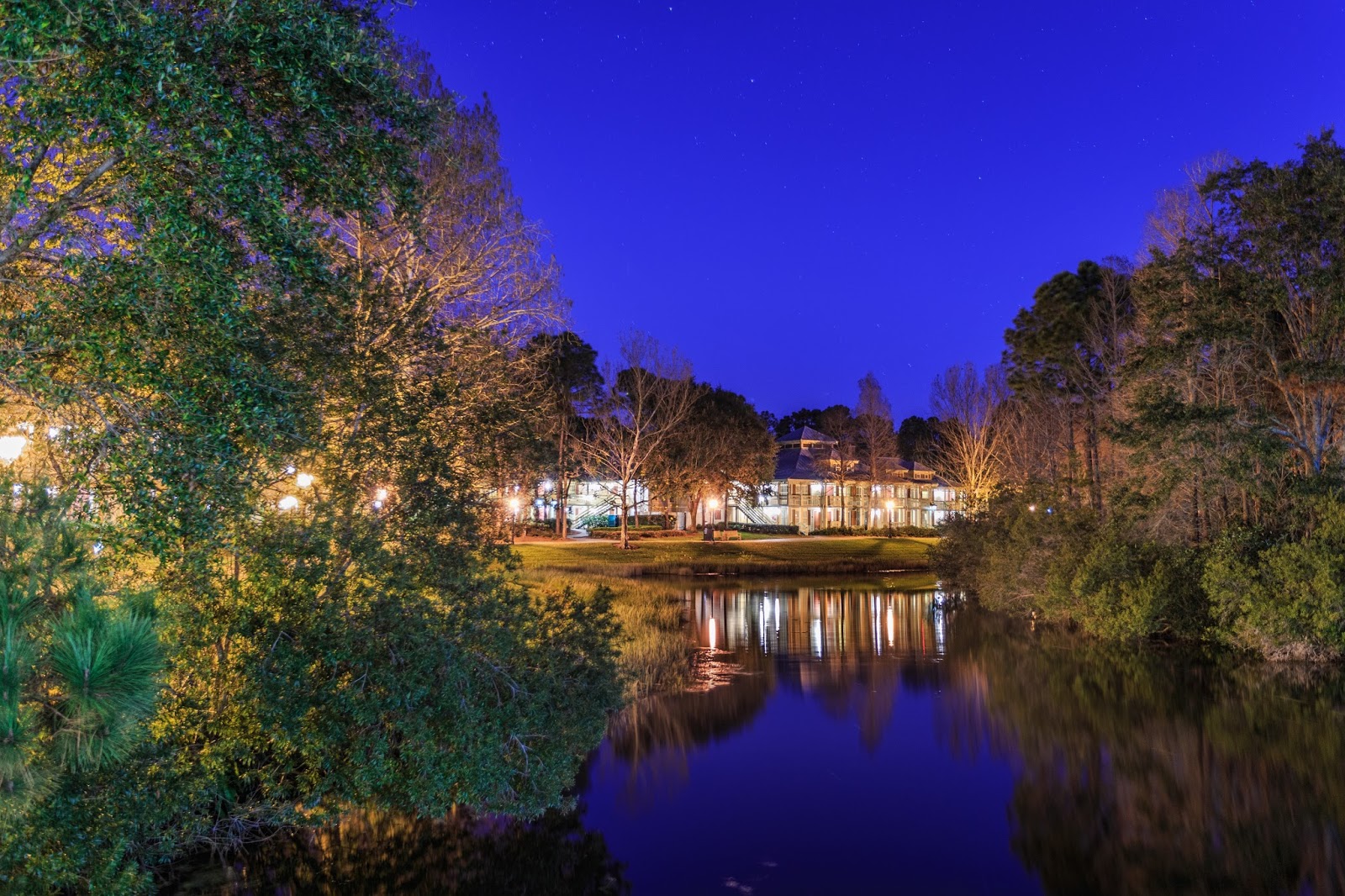 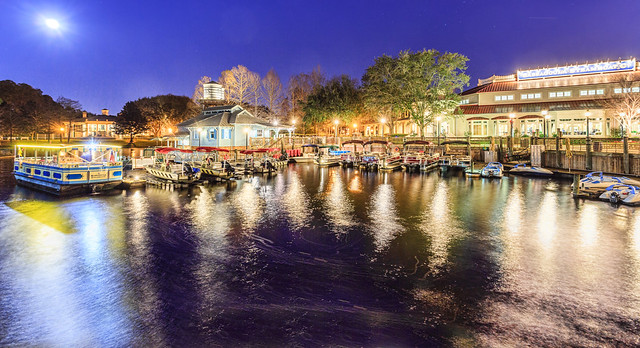 Onto the French Quarter (via ferry from Riverside), this resort has a different feel than Riverside, with more of New Orleans-Mardi Gras theme to it. 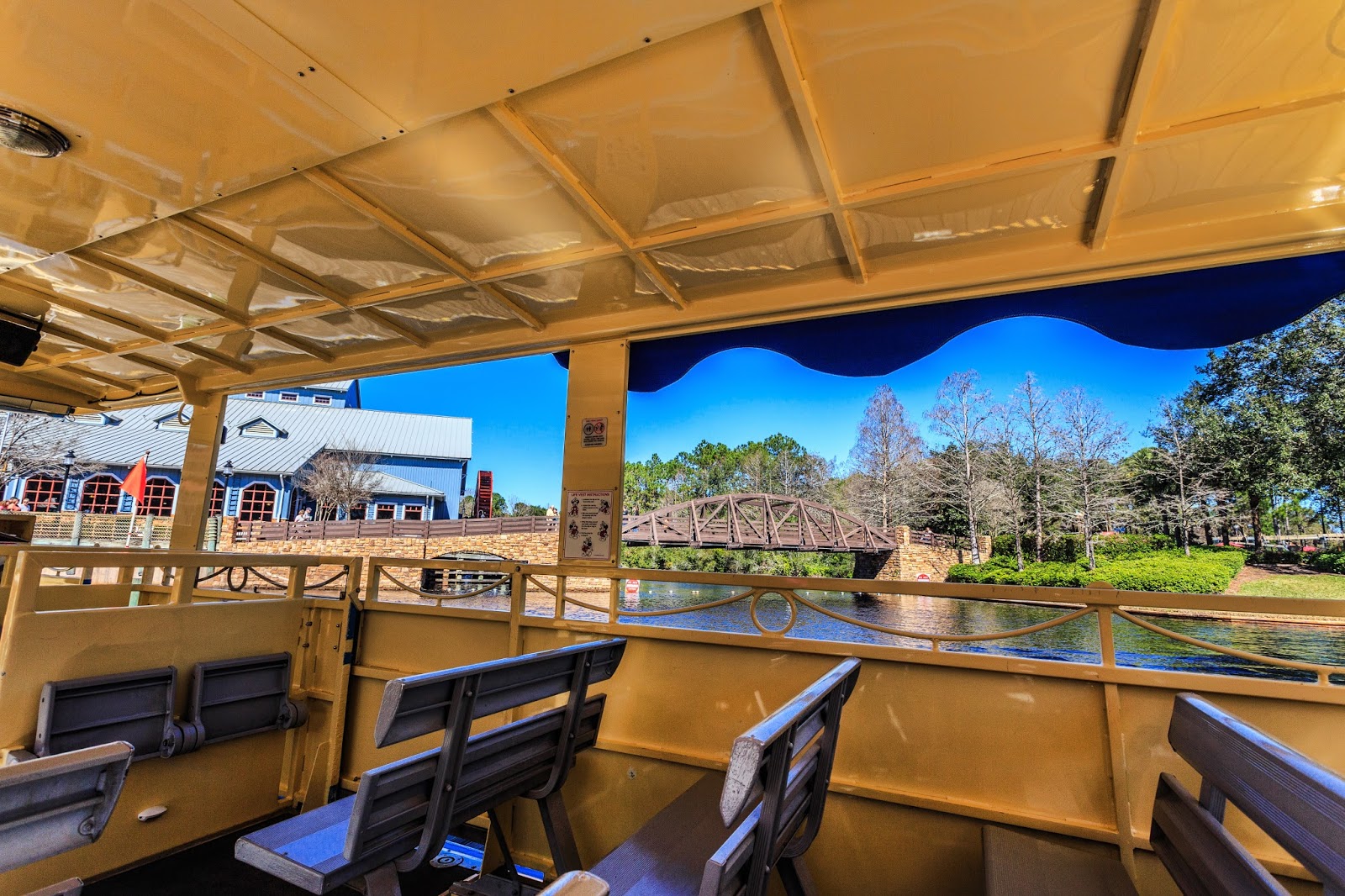 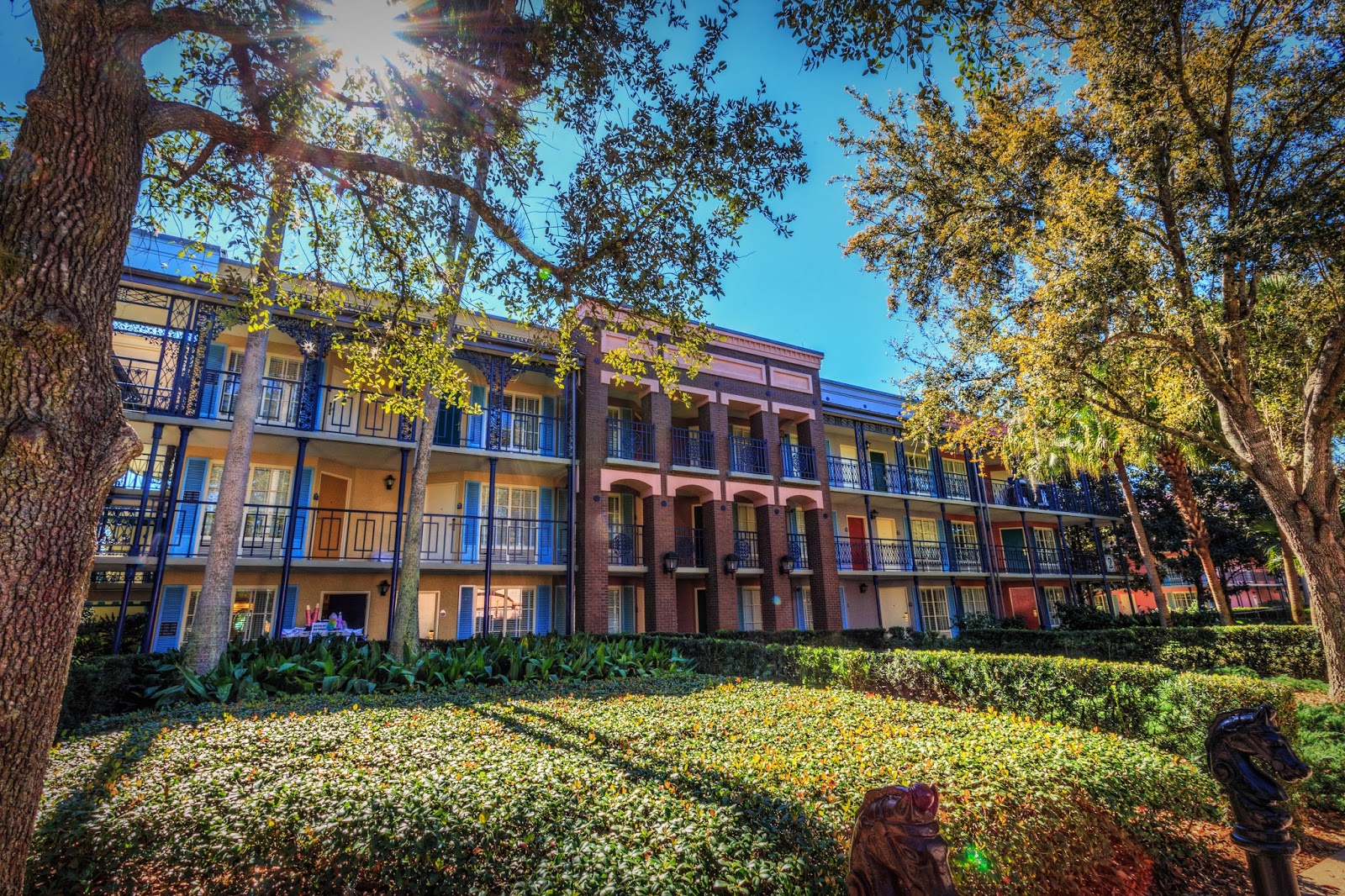 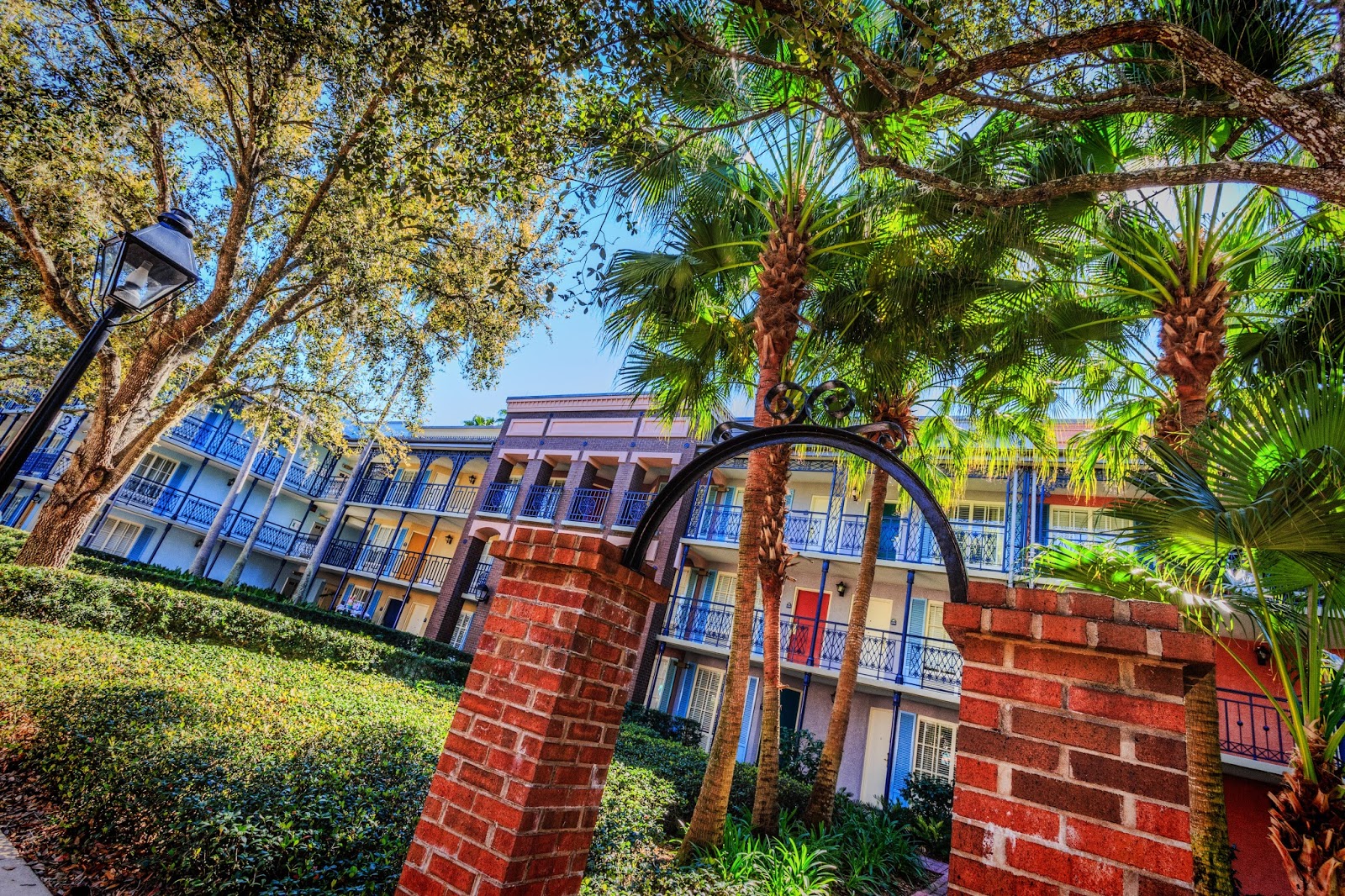 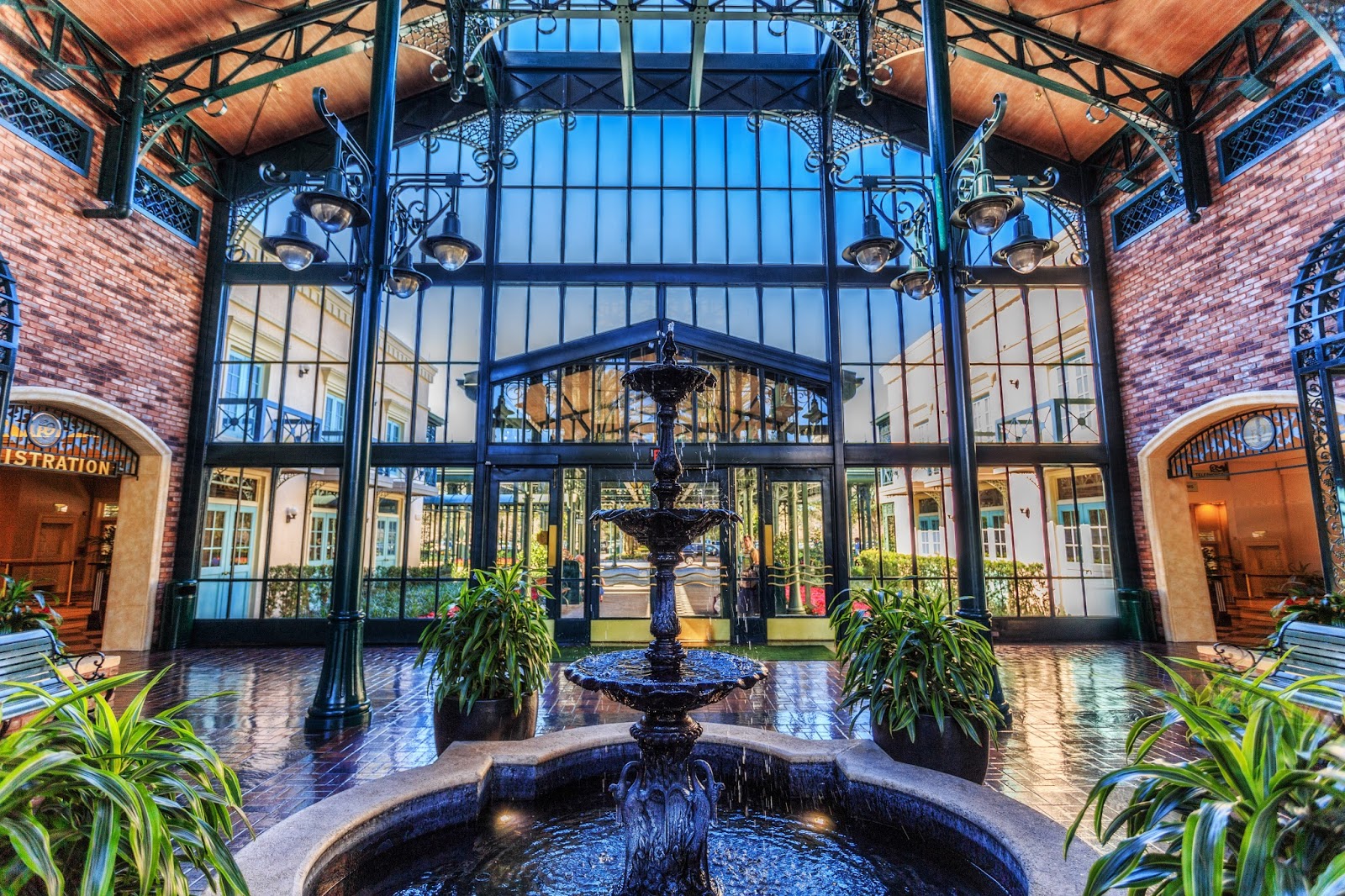 I think I prefer the ambiance of the Riverside lobby, but the French Quarter lobby gets points for being more fun to photograph. 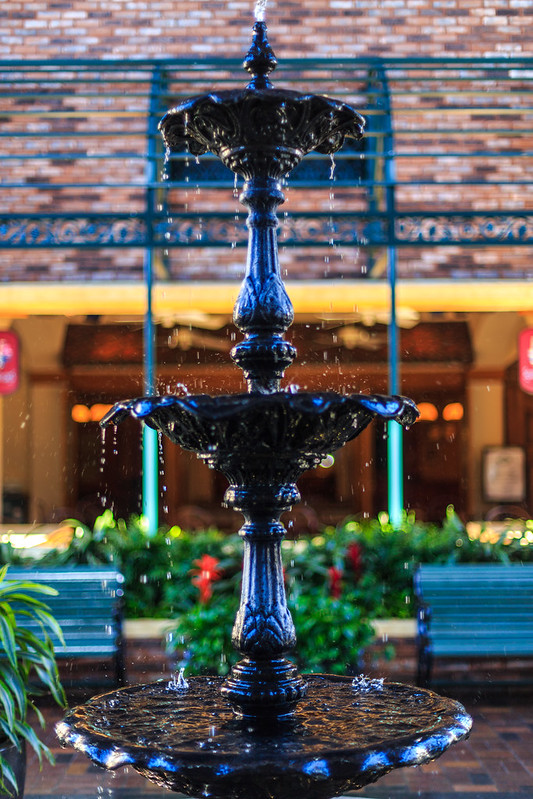 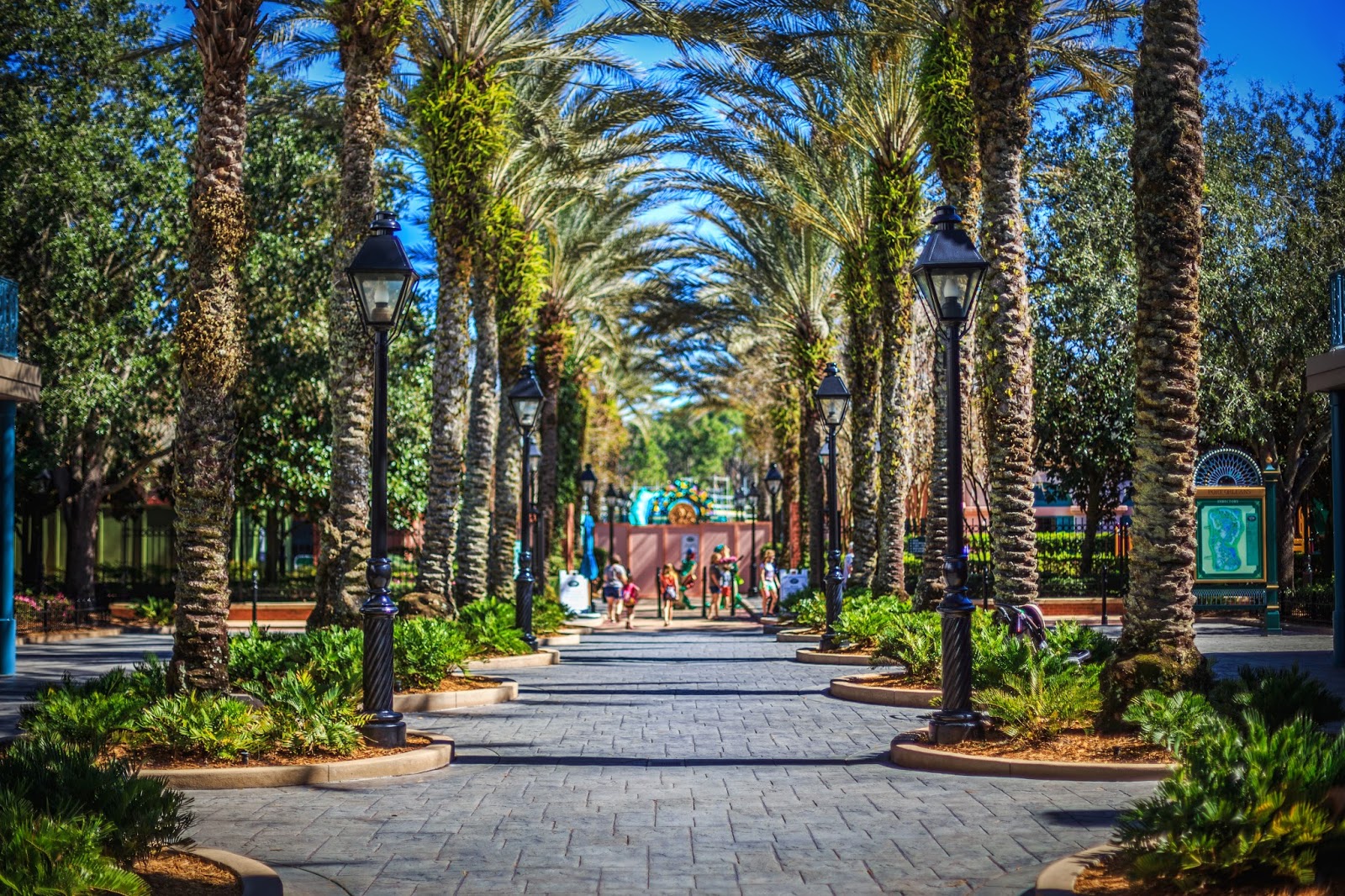 The alligators add some Disney flair to the grounds (not sure if they are from a movie or created specifically for the resort). 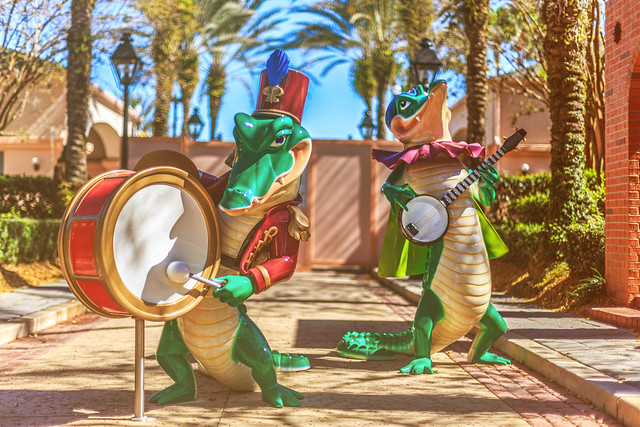 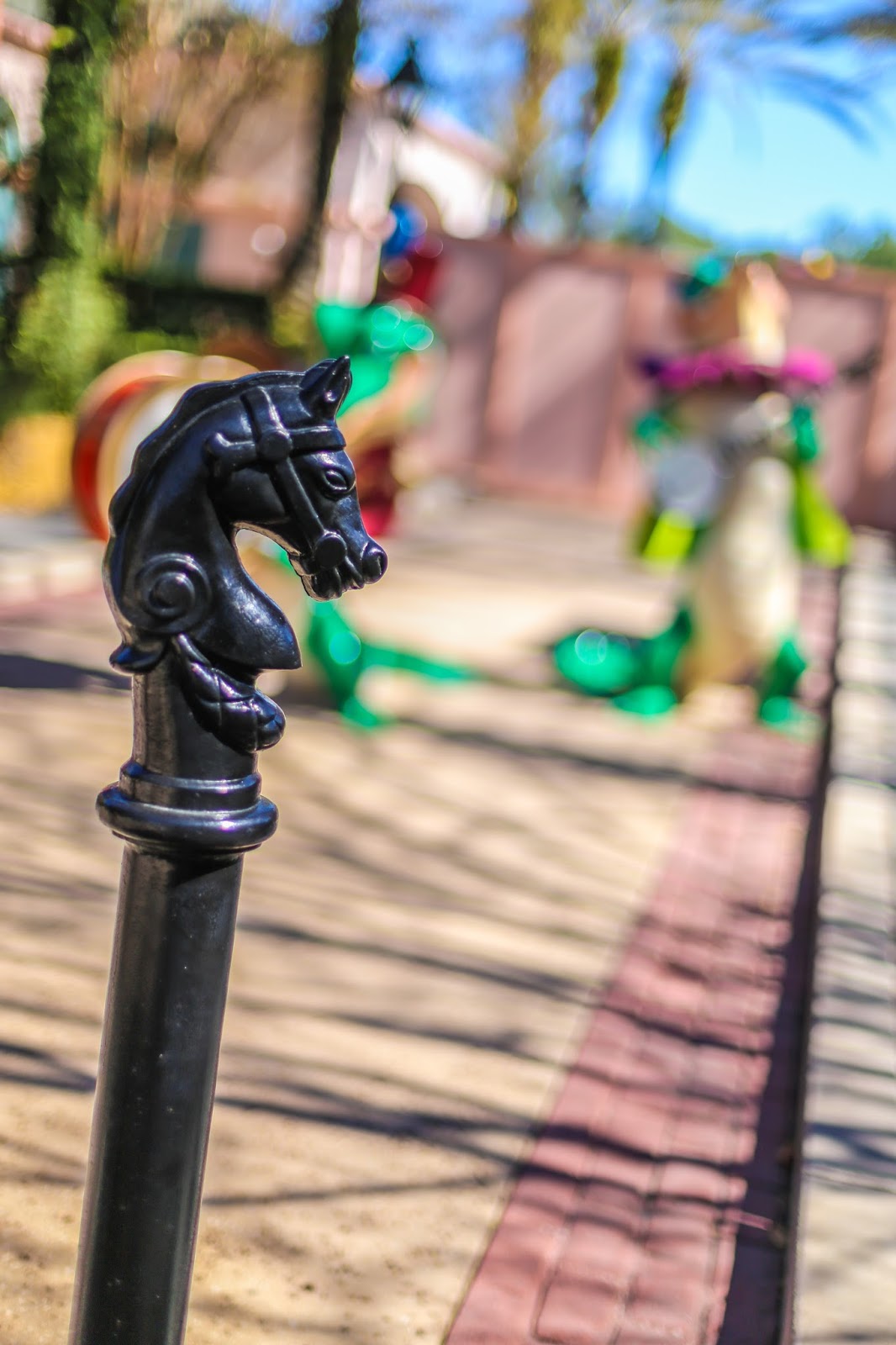 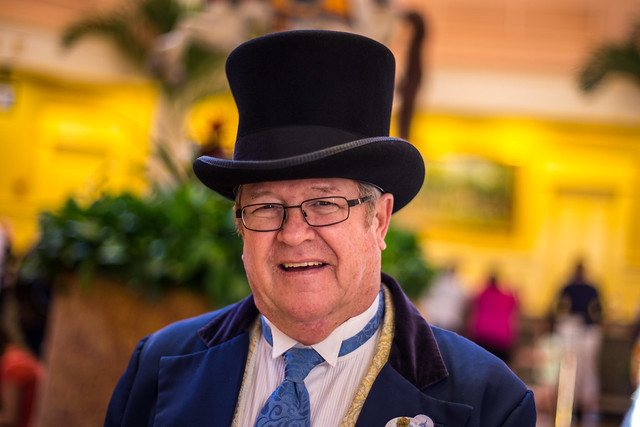 Next it's quite a ways east of Louisiana to upstate New York.  The Saratoga Springs resort is interesting to me, being a Saratoga native. The resort doesn't really resemble Saratoga Springs, NY, but there are some nice Saratoga touches, such as paintings of some of our landmarks and well-known buildings, a carousel horse in the lobby, and the mayor (pictured above) who greets guests as they arrive. 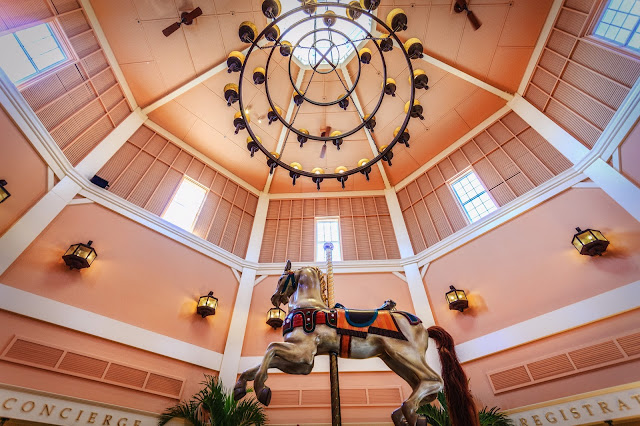 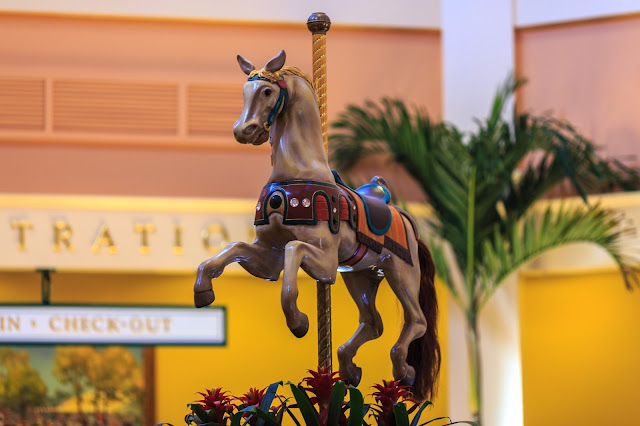 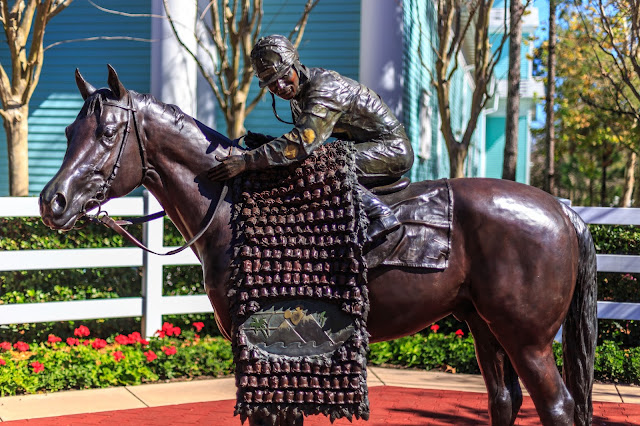 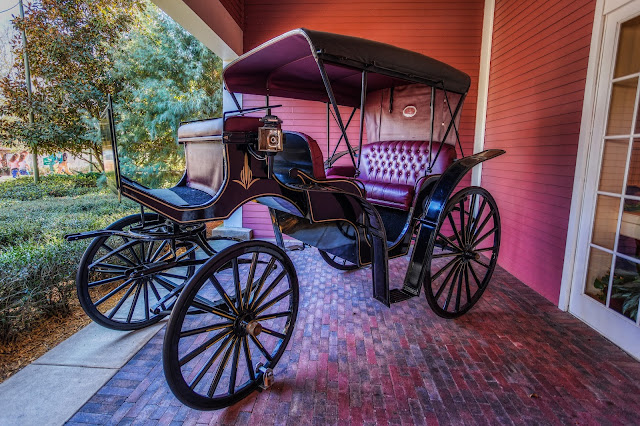 Well, that's it for my Disney World posts for awhile.  I hope you've enjoyed this series.  Which set of photos was your favorite?