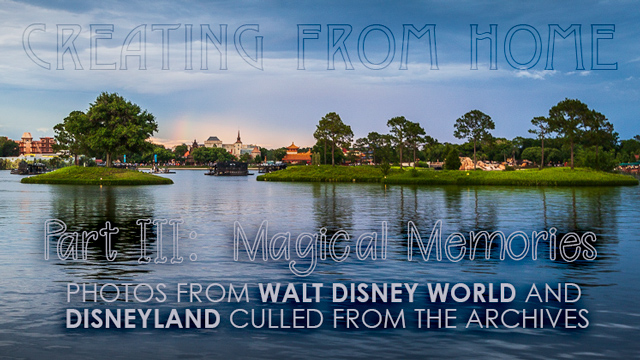 This is the third in a series of posts where I'll share photos "from the archives" that I've recently rediscovered. Since I've been spending a lot of time at home lately, as most of you have too I imagine, I have been going through old photos to see what ones I may have overlooked in the past. I know a lot of other photographers I follow on social media are doing the same thing. I actually do this periodically when I don't have a lot of new photos to share, but this time I dug up so many that I decided to make a series of blog posts dedicated to them. In this post I'll share some of my favorite photos taken at Walt Disney World and Disneyland that I dug up. These are photos that I either never shared on social media or that have seen a significant re-edit since I last posted them. You can read my previous installments, where I shared some old travel photos, here, and where I shared some old photos from my hometown of Saratoga Springs, NY, here. 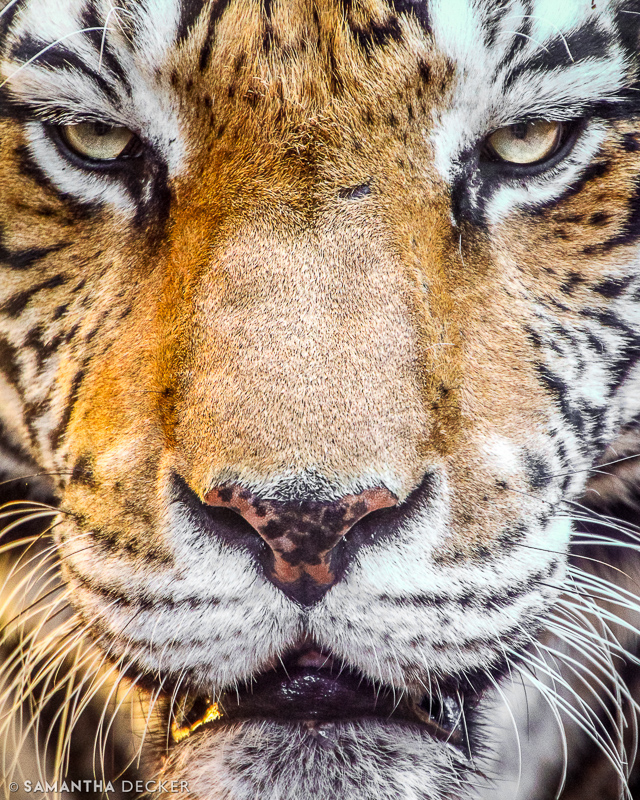 I took this close up photo of a tiger on the Maharajah Jungle Trek at Disney's Animal Kingdom back in 2010. 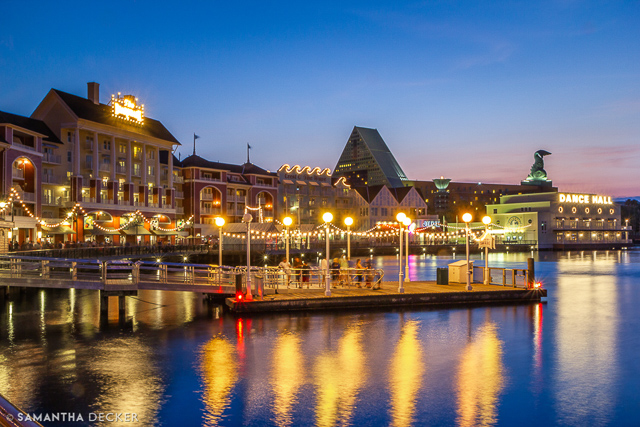 This is a long exposure of Disney's Boardwalk from 2011. 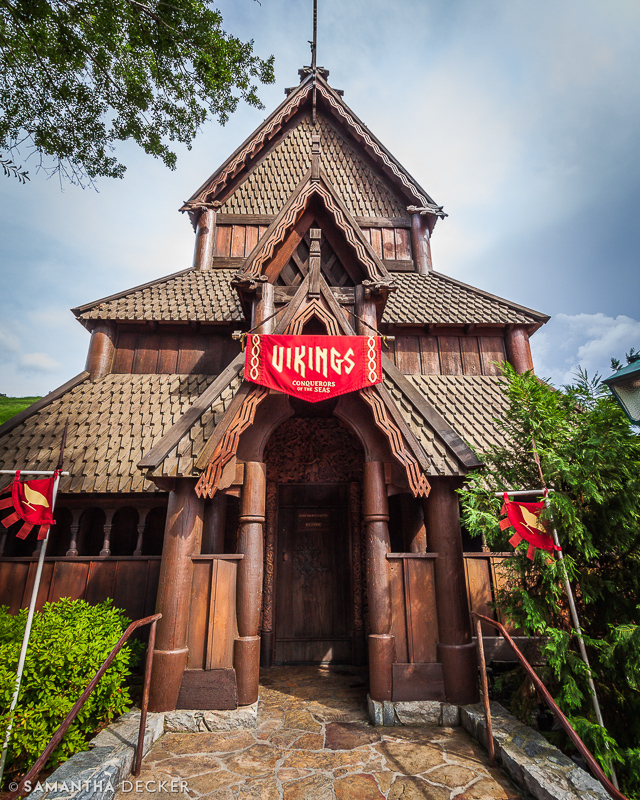 The Norway Pavilion at Epcot in 2010.

I'm quite fond of this evening photo of the World Showcase Lagoon at Epcot I took back in 2010. 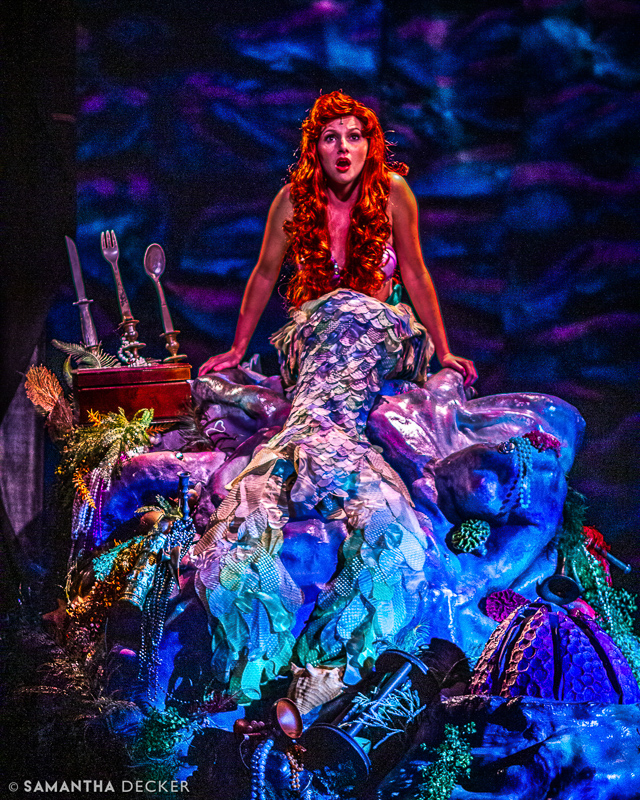 I took this photo of Ariel at "Voyage of the Little Mermaid" at Disney's Hollywood Studios in 2011. 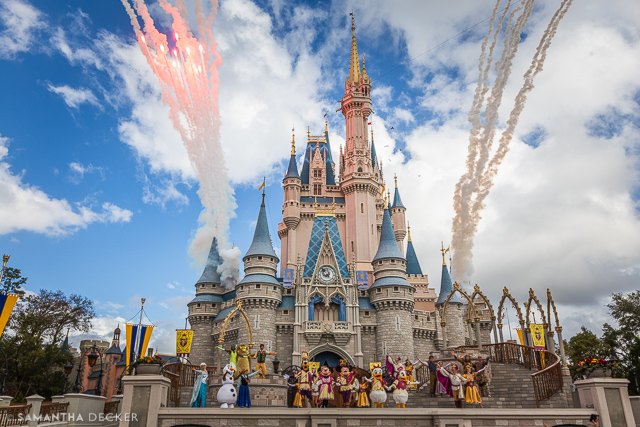 I captured the burst of fireworks at the end of Mickey's Friendship Faire at Magic Kingdom just last year. 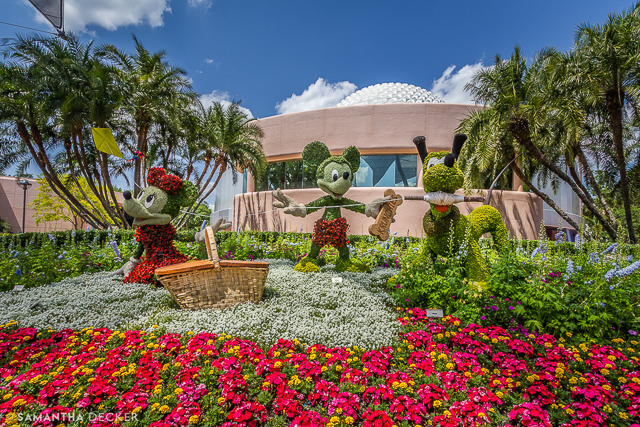 Here's a photo of Mickey, Minnie, and Pluto topiaries at the Epcot Flower and Garden Festival in 2011. 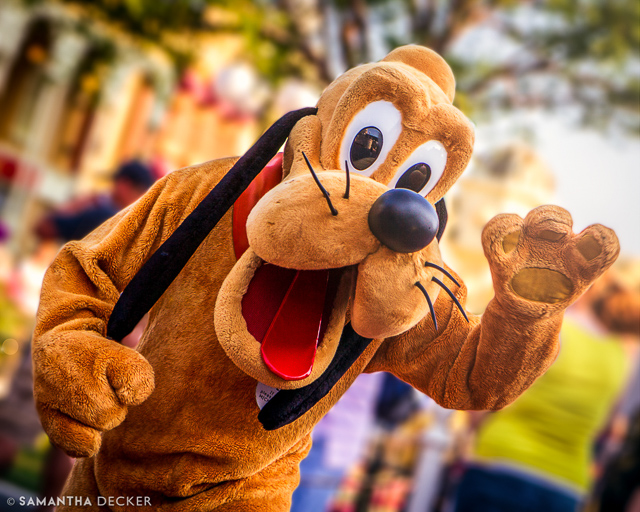 I took this photo of Pluto on Main Street USA at Magic Kingdom in 2011, but I recently used a bit of Photoshop magic to enhance the shallow depth of field. 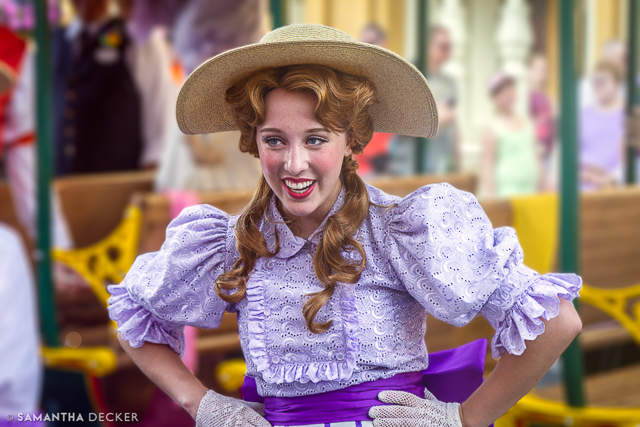 I did the same thing on this 2011 photo I took of a Main Street Trolley performer. 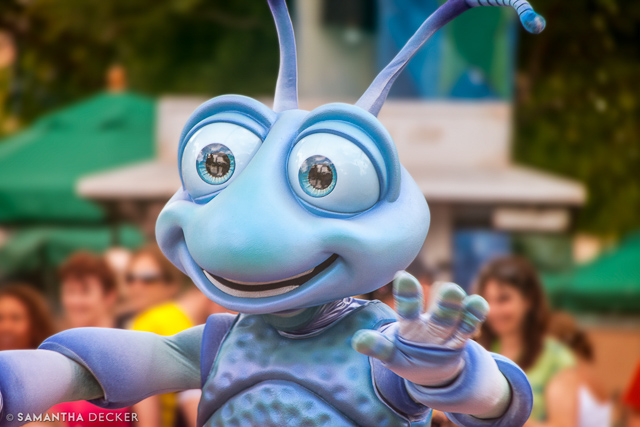 ...And again with this photo of Flik from the Pixar Play Parade at Disney's Hollywood Studios. 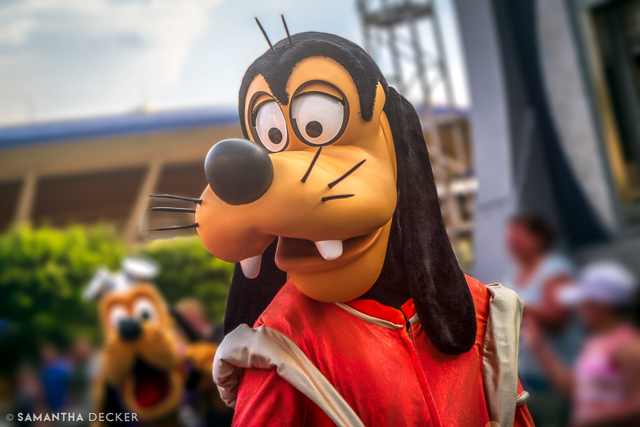 And one more time for this photo of Goofy (with Pluto photobombing) in Tomorrowland at Magic Kingdom. 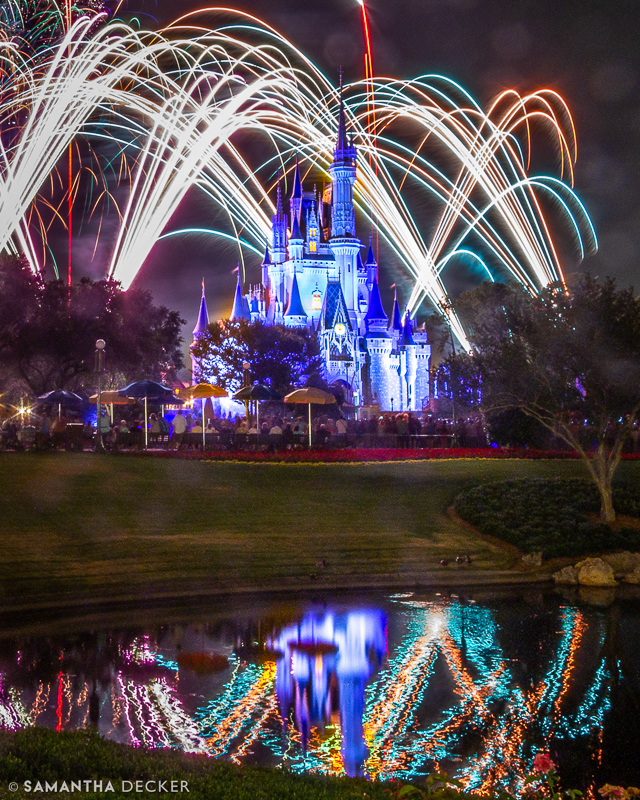 Here's a photo I took of "Wishes" fireworks at Magic Kingdom in 2011. 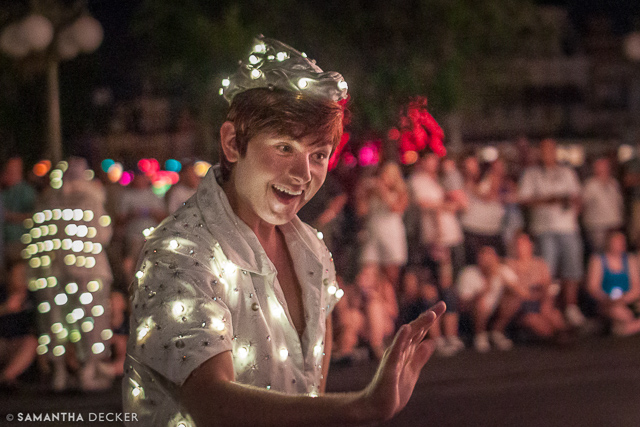 I like this photo of Peter Pan from SpectroMagic at Magic Kingdom in 2010. 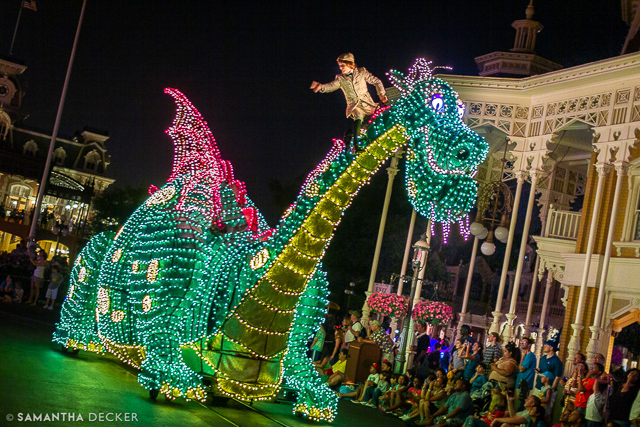 Pete and his Dragon making their way down Main Street in SpectroMagic in 2010. 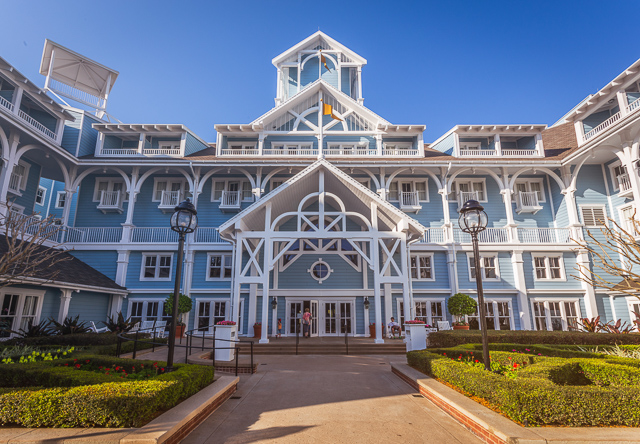 A sunny day at Disney's Beach Club Resort that I photographed in 2013. 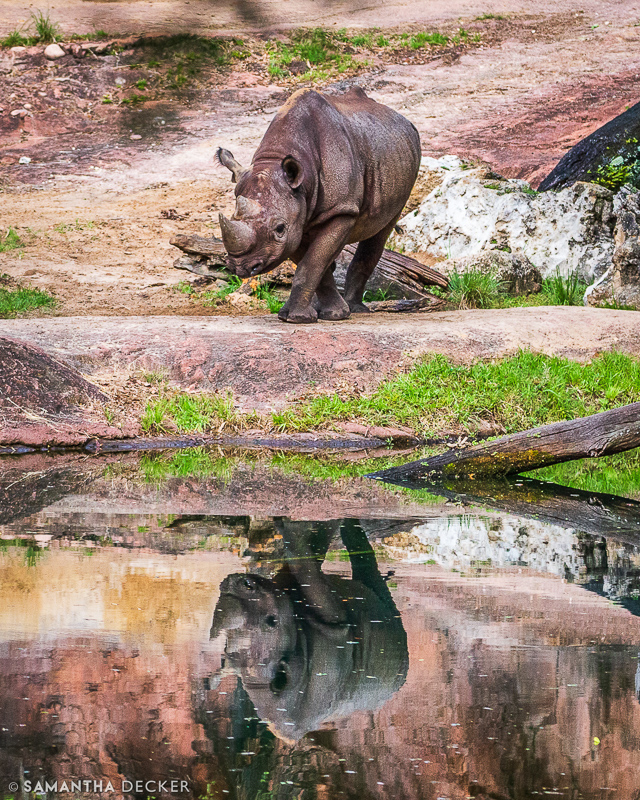 I took this photo of a rhino reflected in water on the Kilimanjaro Safaris ride at Disney's Animal Kingdom in 2015. 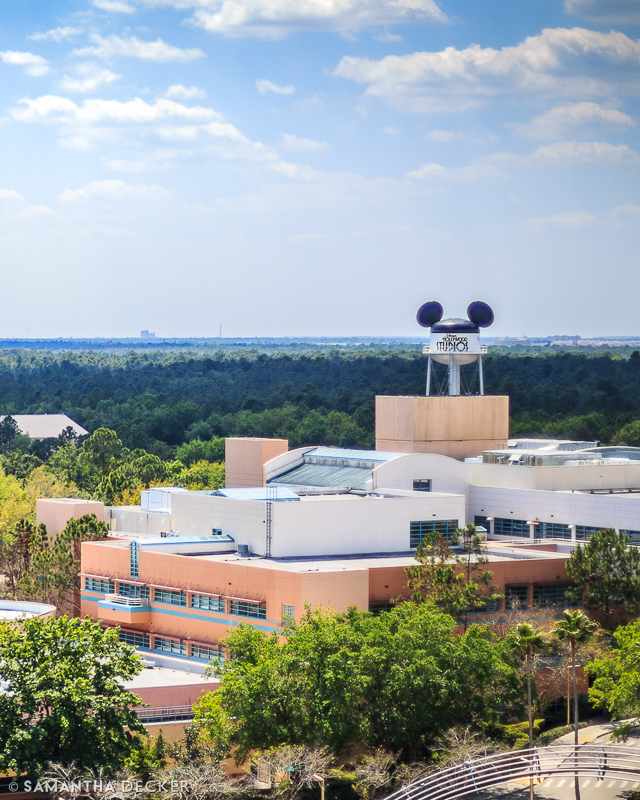 The Earful Tower can be seen in this aerial photo I took of Disney's Hollywood Studios from the Tower of Terror in 2013. 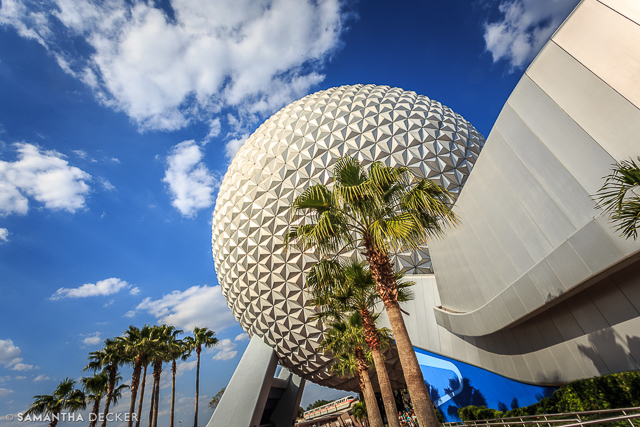 It was a pleasant day when I took this photo of Spaceship Earth at Epcot in 2013. 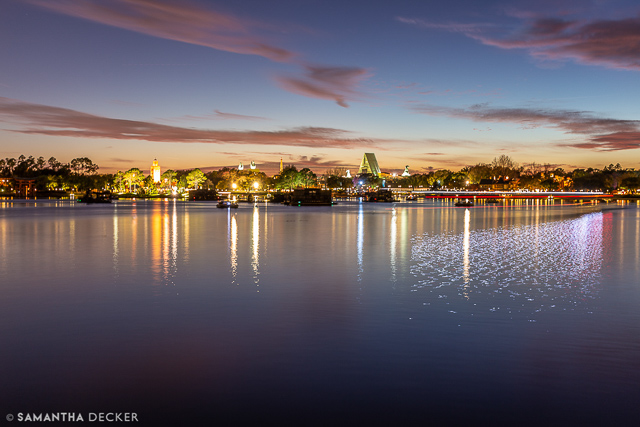 The light was perfect in this shot of the World Showcase Lagoon at Epcot, which I took in 2014. 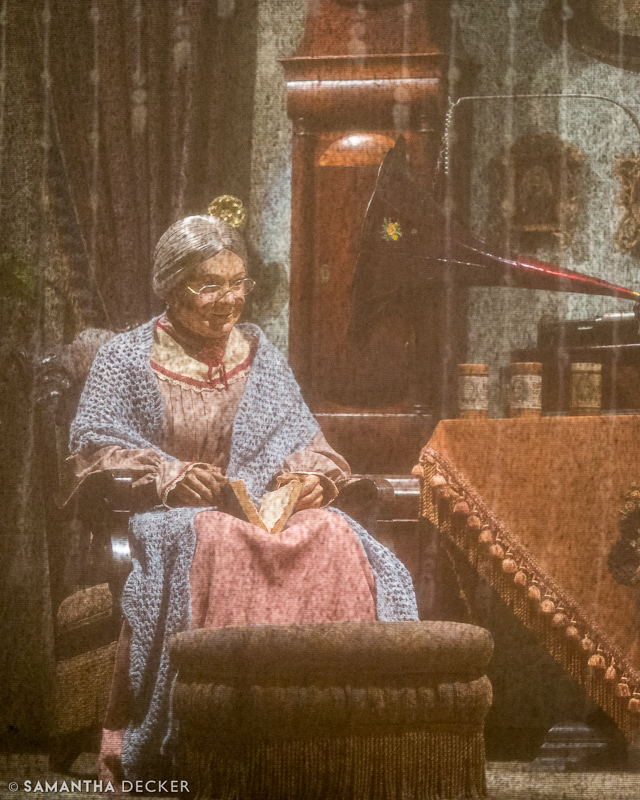 I got up close and personal with this audio animatronic on the Carousel of Progress at Magic Kingdom with my 135mm lens back in 2013. 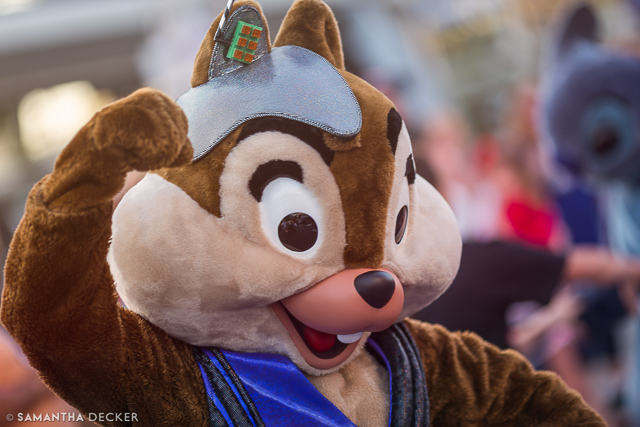 Chip having a good time in Tomorrowland in Magic Kingdom in 2013. 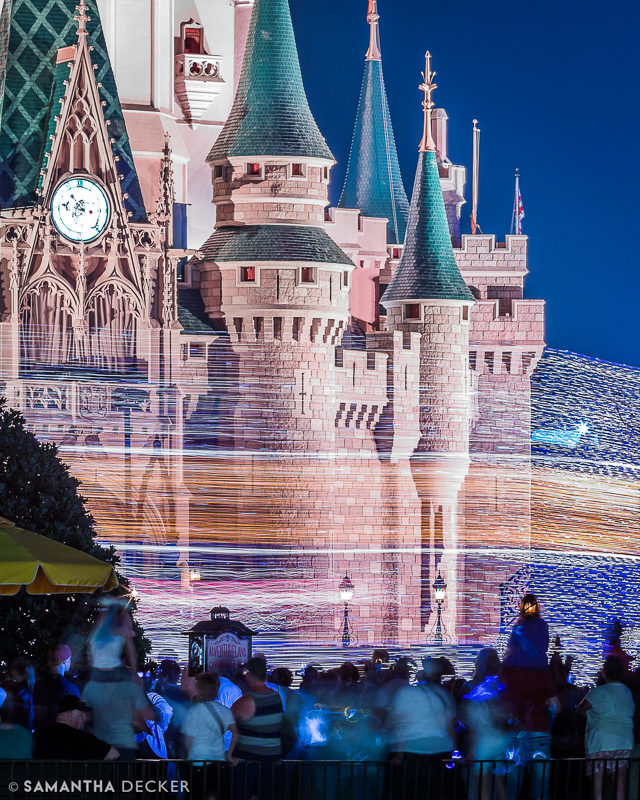 I took this long exposure of Disney's Main Street Electrical Parade in front of Cinderella's Castle in 2013.  It's one of those photos that I never really paid attention to until I recently stumbled upon it again. 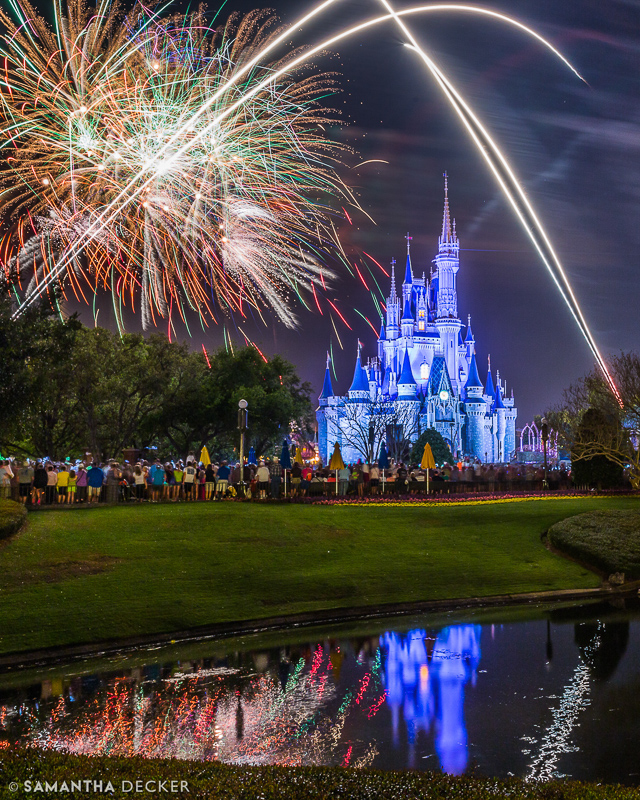 One of the times I shot Wishes from outside Crystal Palace.  It's a great location because no one can get in front of you. 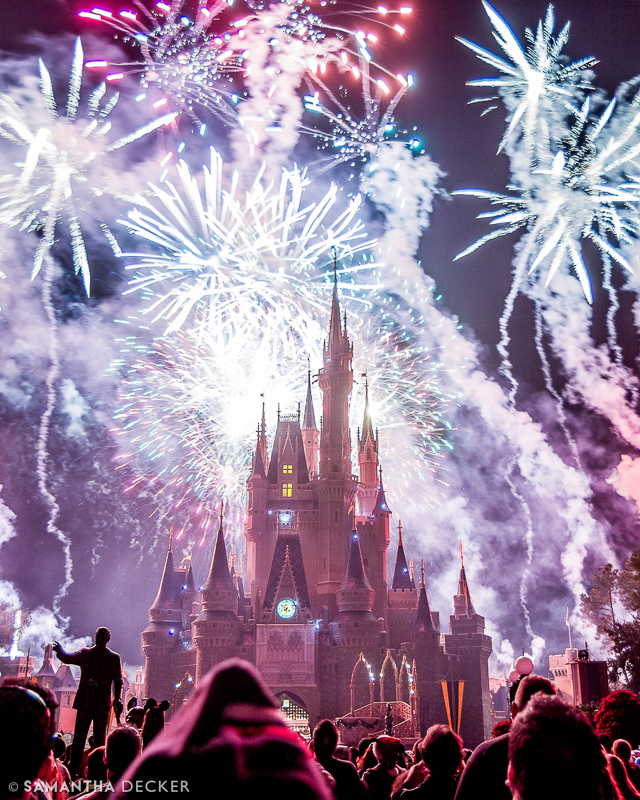 A hand-held photo of Wishes from Main Street USA. 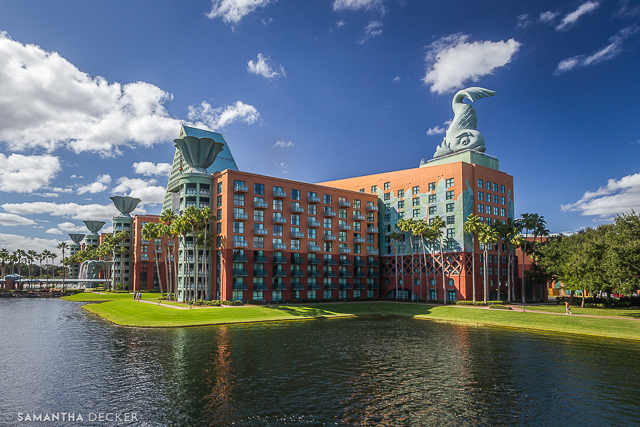 I took this photo of the Walt Disney World Swan and Dolphin back in 2011. 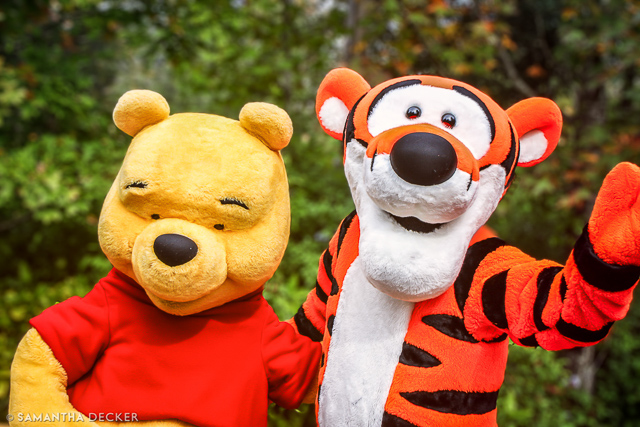 I took this photo of Pooh and Tigger at Magic Kingdom back in 2010.  I went back and enhanced the shallow depth of field in Photoshop.

To see more of my photos of Disney Parks and Resorts, be sure to follow me on Instagram.

Please watch for an email verification email from Feedburner, which syndicates this blog.
Labels: creating from home disney inspiration wdw