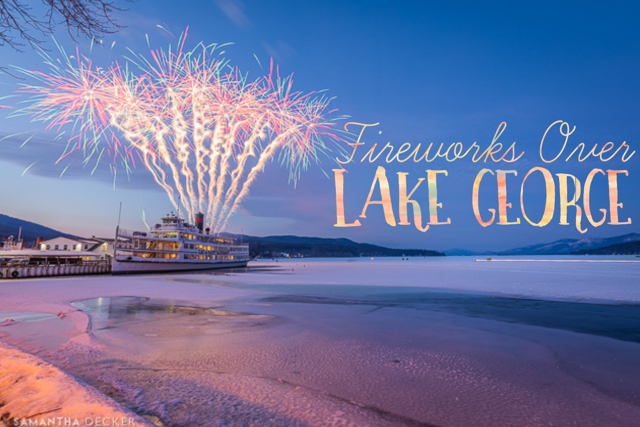 I went up to Lake George last night to capture some fireworks, part of the Lake George Winter Carnival.  In this post I will share some of the photos I took. 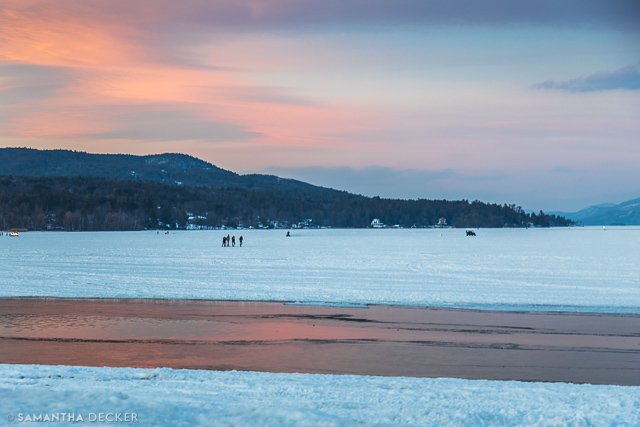 I arrived just at dusk and captured this photo, which shows how the lake is only partially frozen. 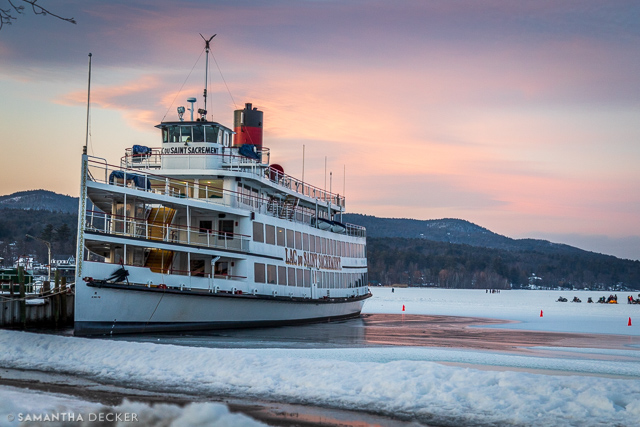 I decided to set up by the Lac du Saint Sacrément. 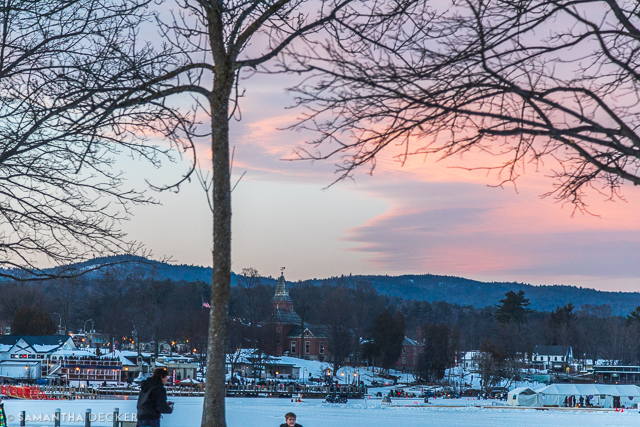 I love that sky! 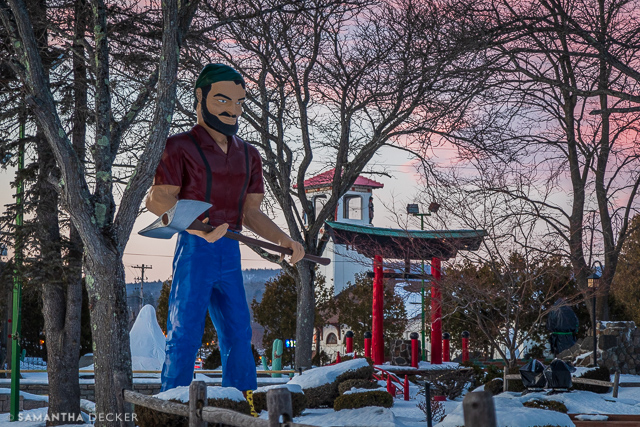 The large statue of Paul Bunyan is part of the Around the World miniature golf course. 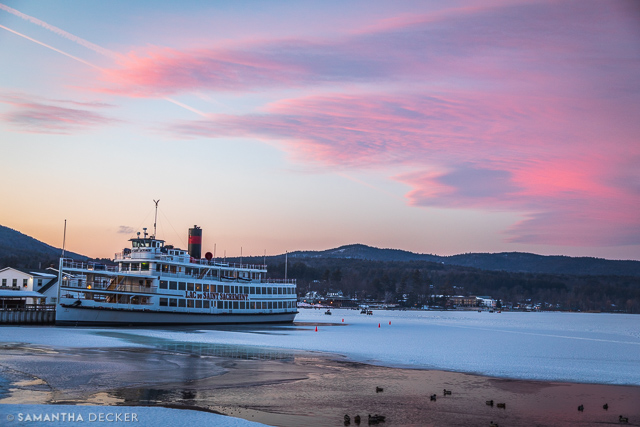 The clouds in the sky were getting pinker as I began to set up my tripod. 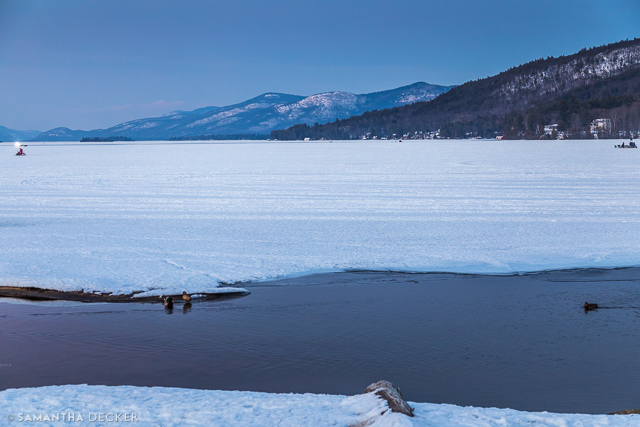 Off in the distance, snowmobilers can be seen riding across the lake. 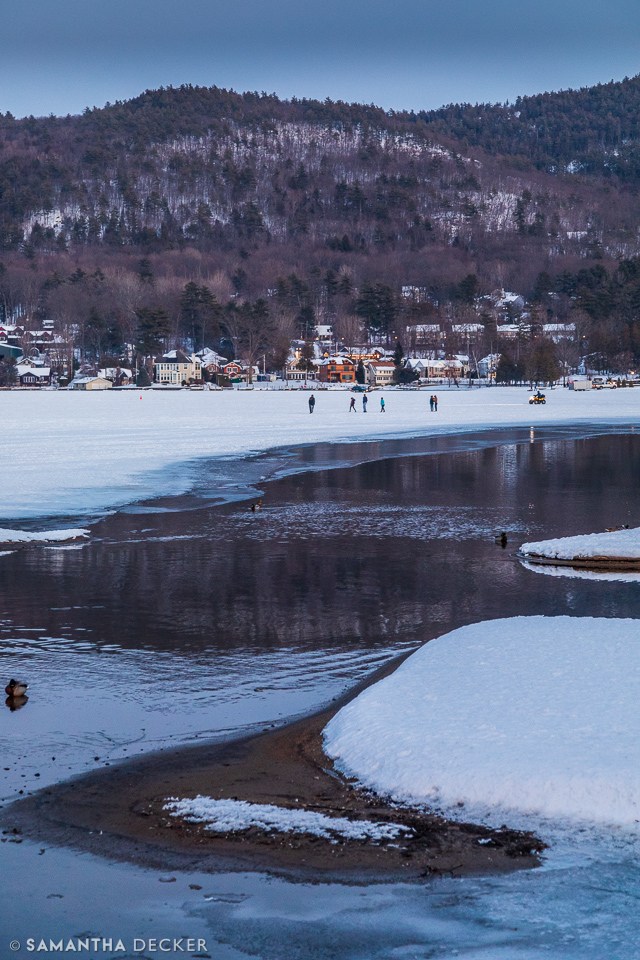 I am not brave enough to walk out on the lake, where most people prefer to watch the fireworks. 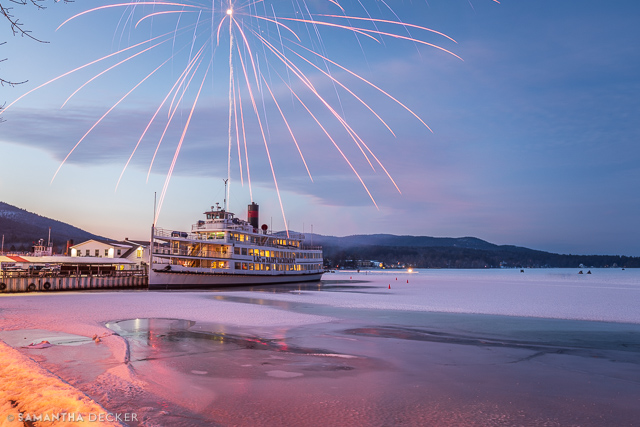 One of several photos I got of the fireworks.  Just before the fireworks were scheduled to go off, the wifi on my camera refused to turn on, despite having worked minutes before for my test shot.  I needed to use the camera's app on my phone as a remote shutter release, so without the wifi, which connects the phone to my camera, I was forced to hold down the shutter button for the duration of the exposure (using my preferred bulb mode), risking moving the camera and causing image blur.  Luckily, I did ok, but needless to say I was very frustrated.  Once the fireworks were over and I was able to sit down with my camera, I was thankfully able to get it working again. 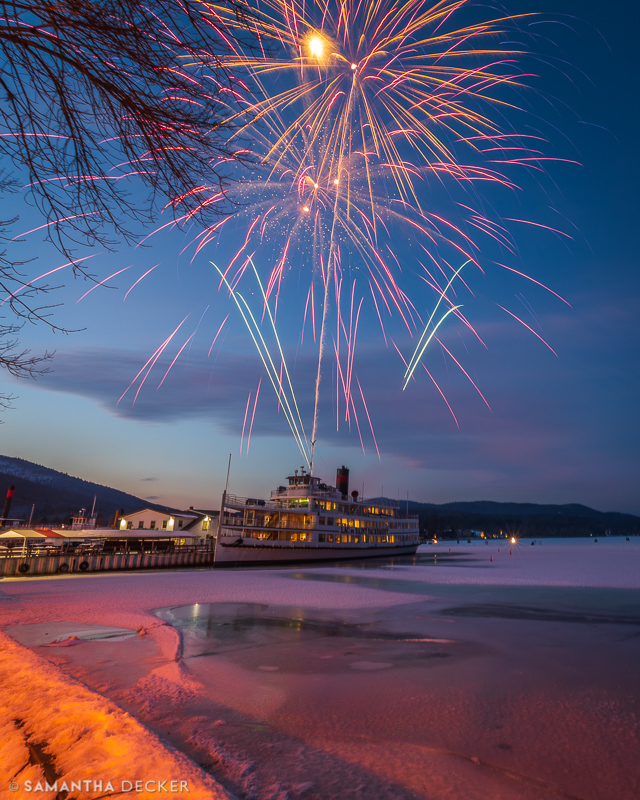 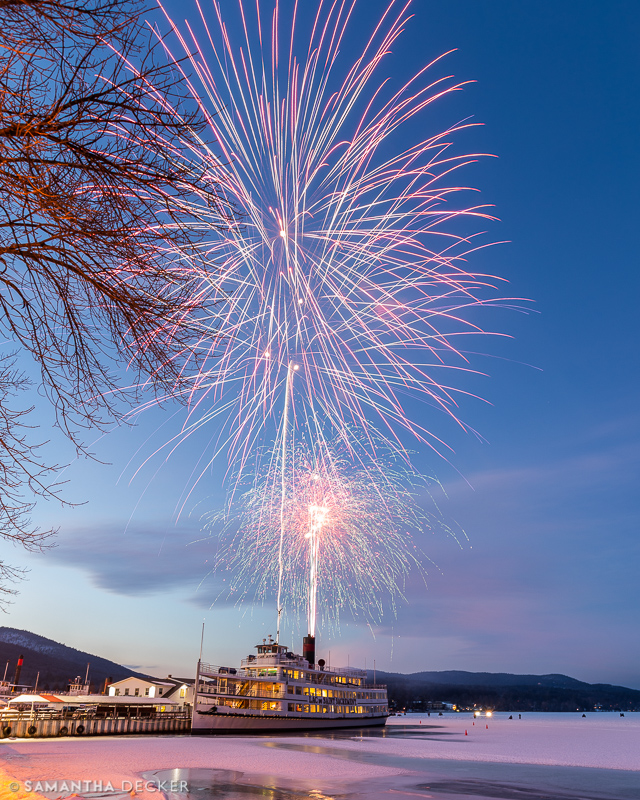 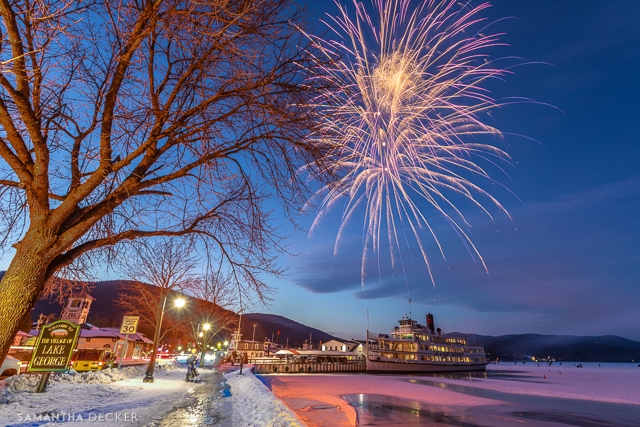 A shot with the sidewalk in view. 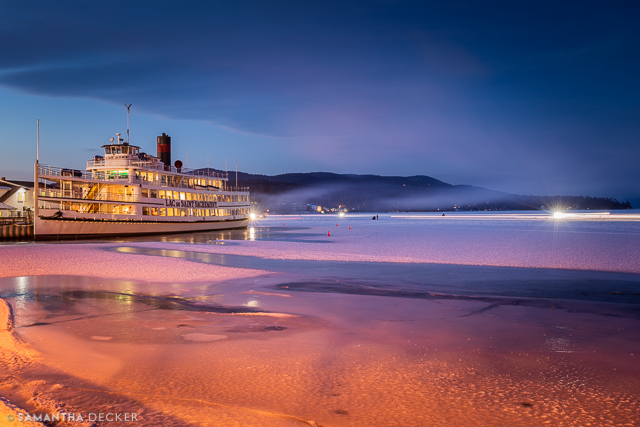 After he fireworks ended, I captured this shot. 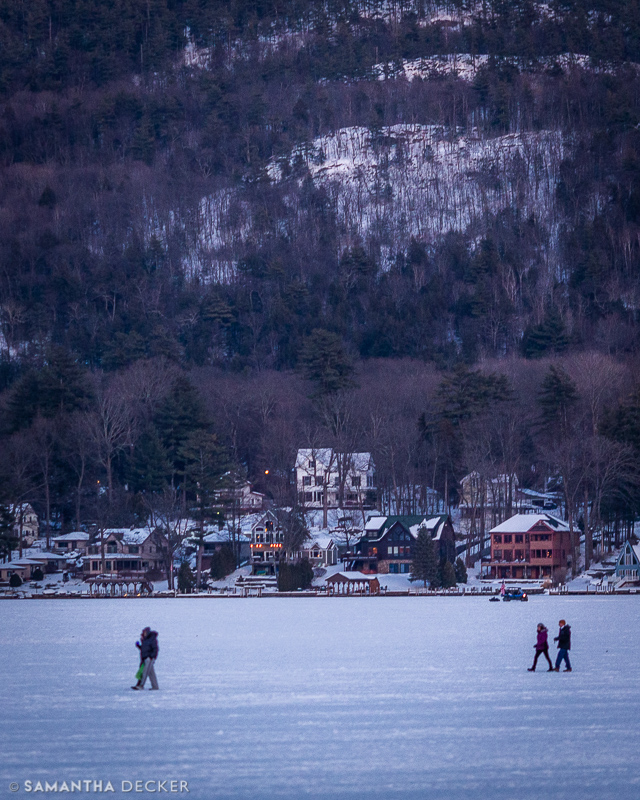 Another photo of folks walking out on the lake.