My Best of the Decade: Eastern U.S. Travel 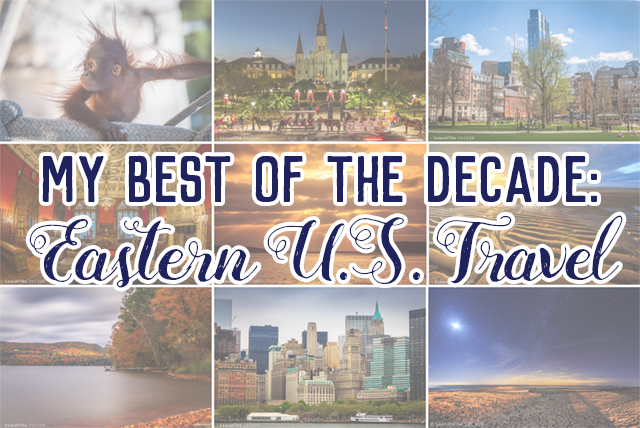 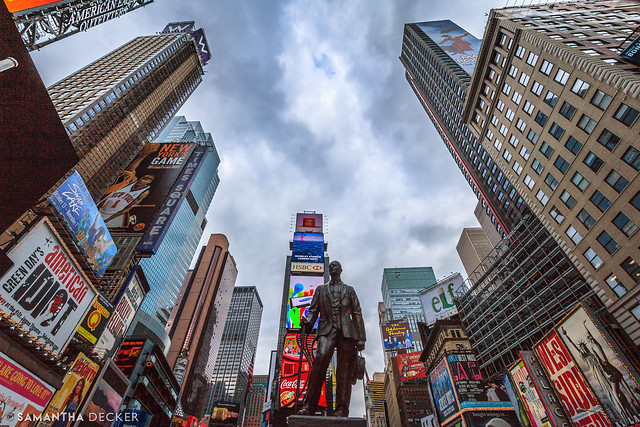 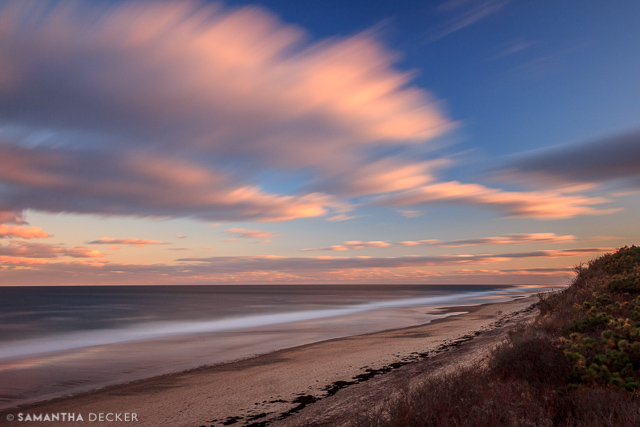 Nauset Light Beach:  November 24, 2012
I have a lot of Cape Cod beach photos, but this is one of my favorites.  I just love the colors in the sky. 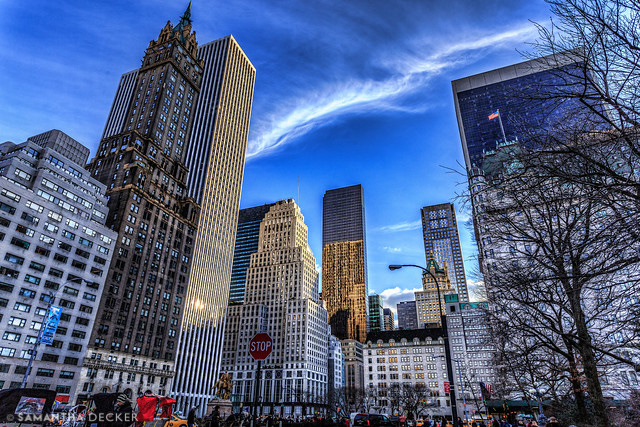 The Glow of Late Afternoon:  March 3, 2013
I had a lot of fun that day visiting New York City with my photography friends. 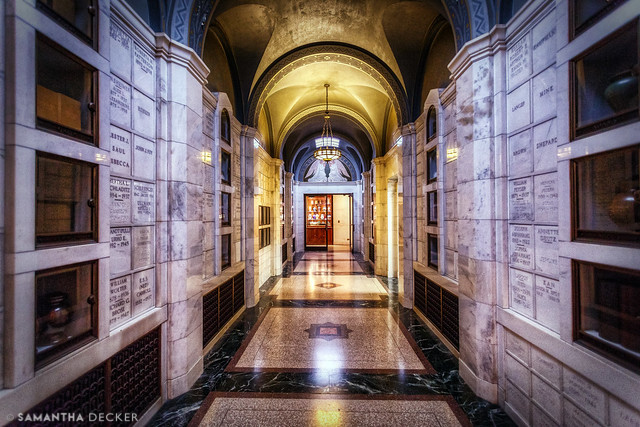 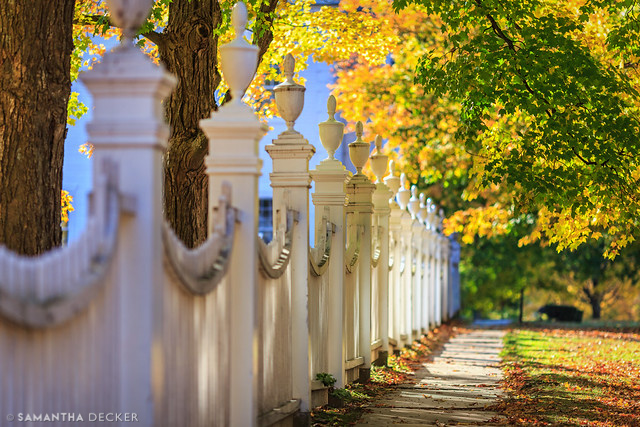 Fall Morning in Bennington, VT:  October 13, 2013
I love this area of Bennington, right around the Old First Church and cemetery.  It's so picturesque. 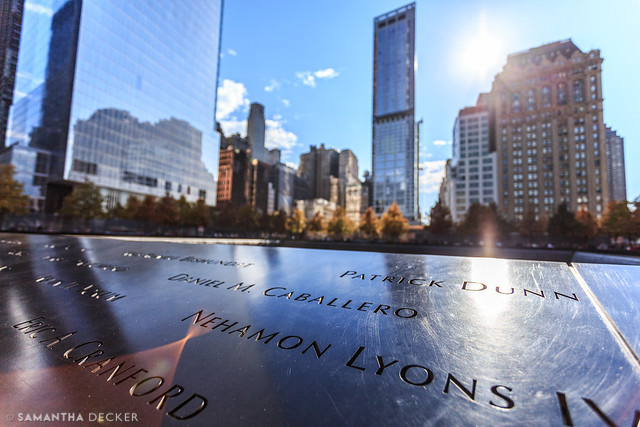 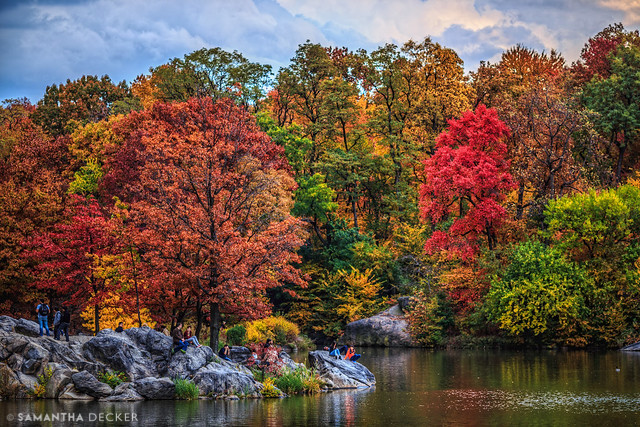 Lush Fall Foliage in Central Park:  November 2, 2013
Would you ever think this was taken in the middle of a huge city? 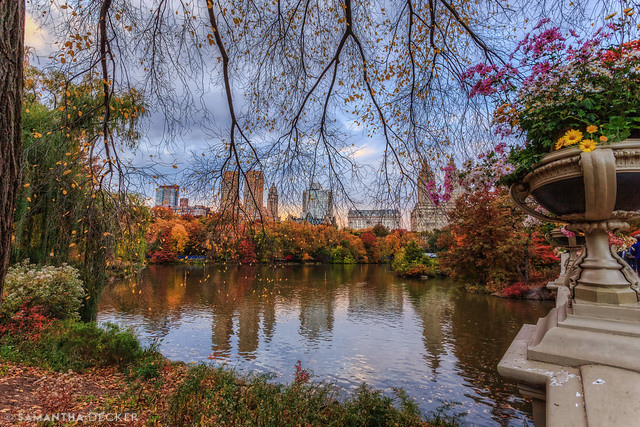 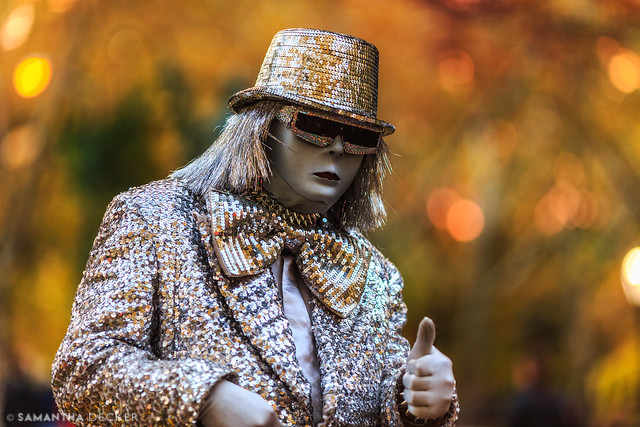 A Street Performer in Central Park (1):  November 2, 2013
I loved capturing the fall foliage behind this street performer. 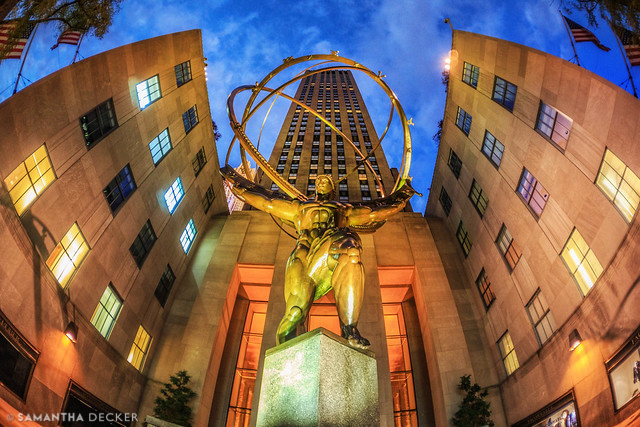 Atlas in the Evening:  November 2, 2013
I enjoyed capturing this statue with my fisheye lens. 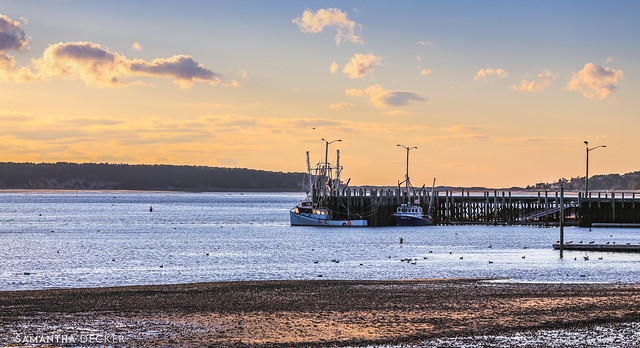 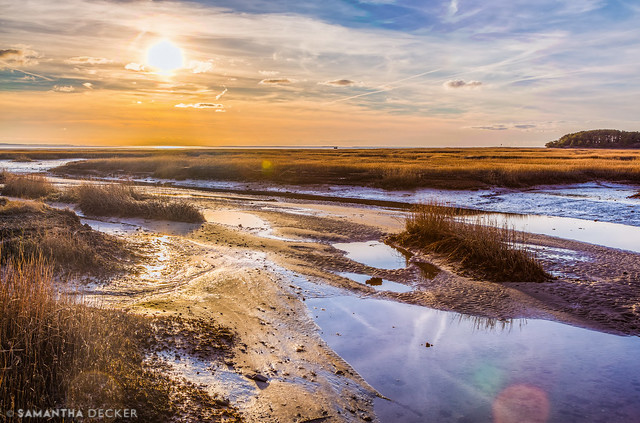 The Moon and Halcyon Hall:  April 13, 2014
I had been wanting to visit Halcyon Hall, part of the former Bennett School for Girls, for a couple of years after seeing photos of it on Flickr.  Seeing it in person, it was as spooky as it looks.  It's such a shame that this once beautiful building is now falling apart.  I've seen lots of photos of the interior, but seeing as it's private property and clearly in a bad state, I didn't feel it appropriate or safe to go in and explore.  This photo was taken from behind a fence. Sitting Room - Vanderbilt Mansion:  April 13, 2014
Touring the Vanderbilt Mansion was a highlight of my trip to Hyde Park.  To look at this room, you'd think Frederick Vanderbilt lived a luxurious life.  That he did, but our tour guide told us that Frederick had the most modest lifestyle of his siblings. 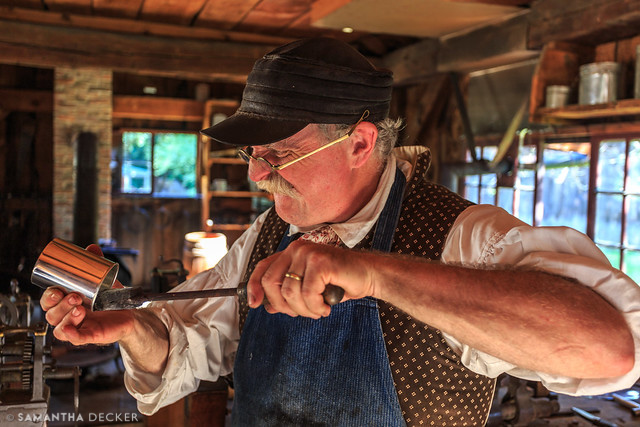 Old Sturbridge Village Tinsmith:  August 10, 2014
At Sturbridge, there are a number of presentations throughout the day where you can learn about daily life in the 1830s. 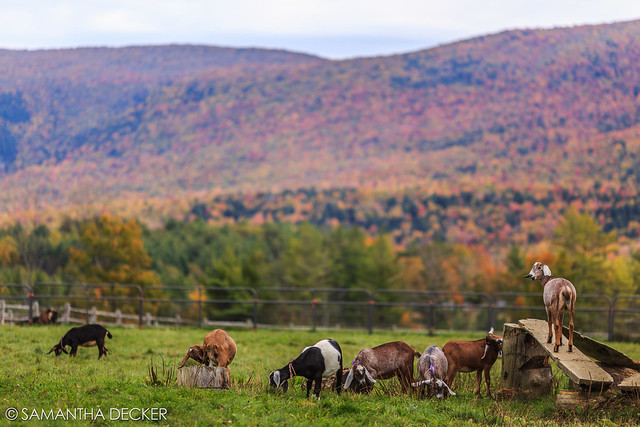 Goats Grazing at Hildene Farms:  October 11, 2014
This was an interesting sight.  The goats across the fence were yelling them as they enjoyed some fresh grass. 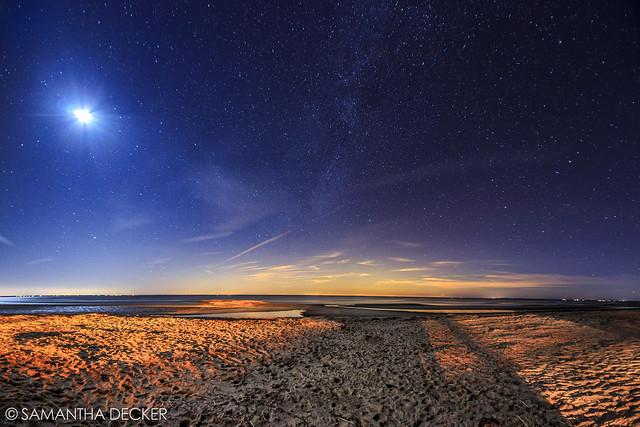 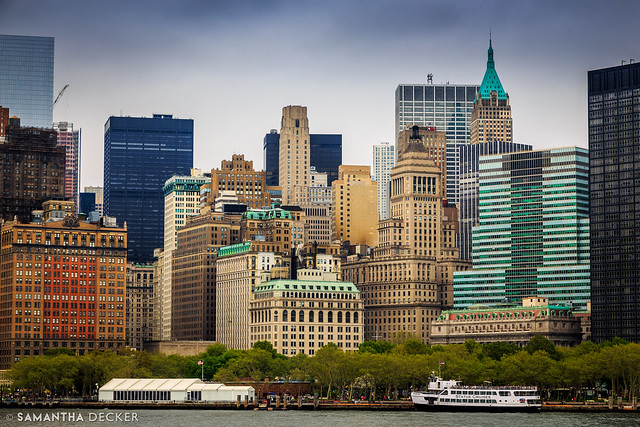 Zooming in on New York:  May 9, 2015
Coming back from Ellis and Liberty Islands, I took this photo of the many colorful buildings of the Manhattan skyline. 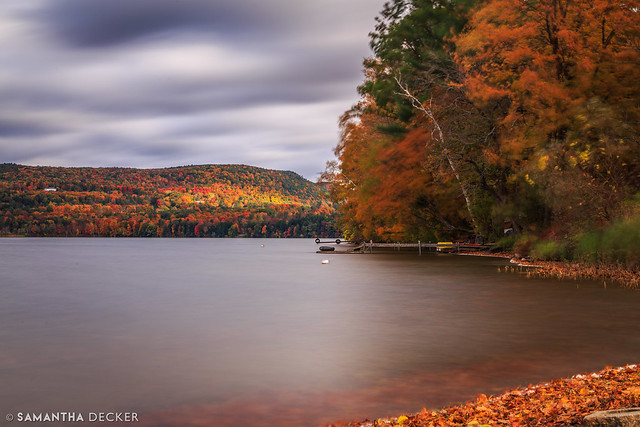 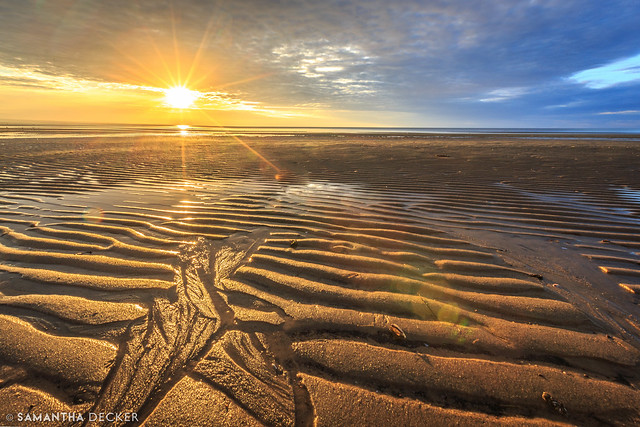 Sand Dune or Low Tide?:  December 26, 2015
At first glance, the patterns of the sand at low tide seem to look like sand dunes when photographed up close. 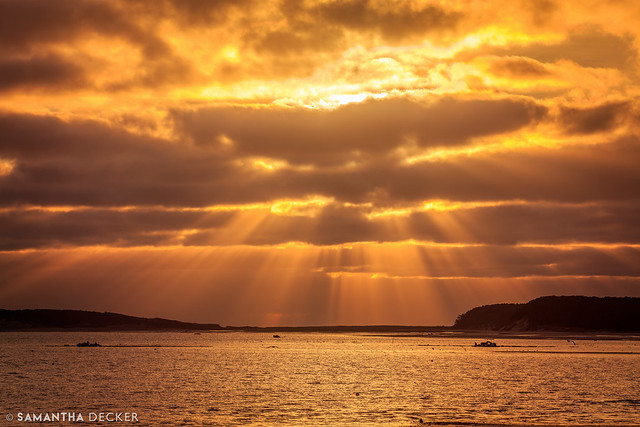 Glorious Sunset:  December 26, 2016
Heavenly-looking rays of sun peek through the clouds at sunset on Mayo Beach in Wellfleet, MA. 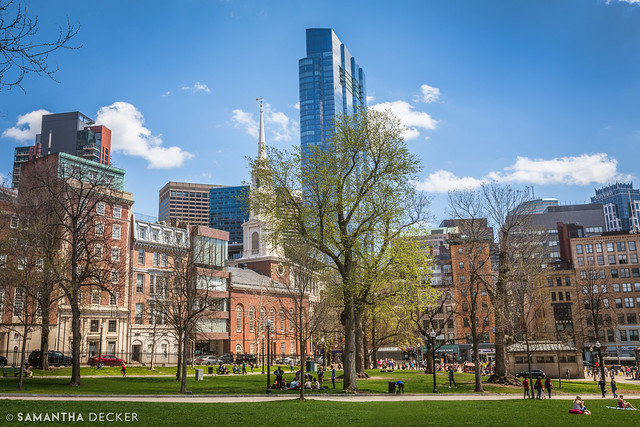 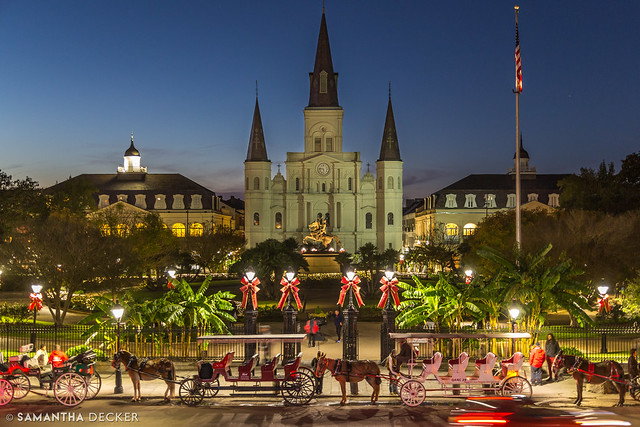 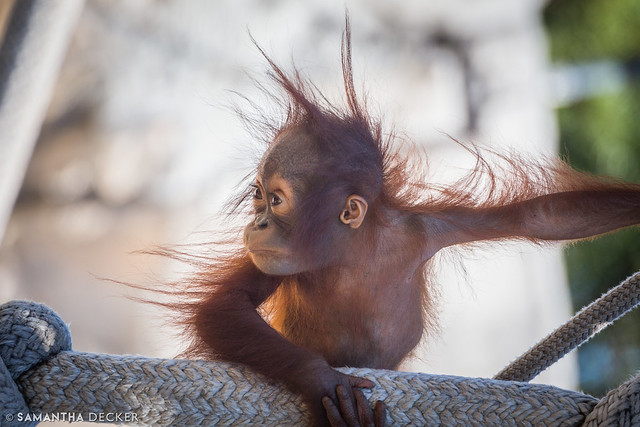 Stay tuned for my next post, where I'll showcase my best Western U.S. travel photos!