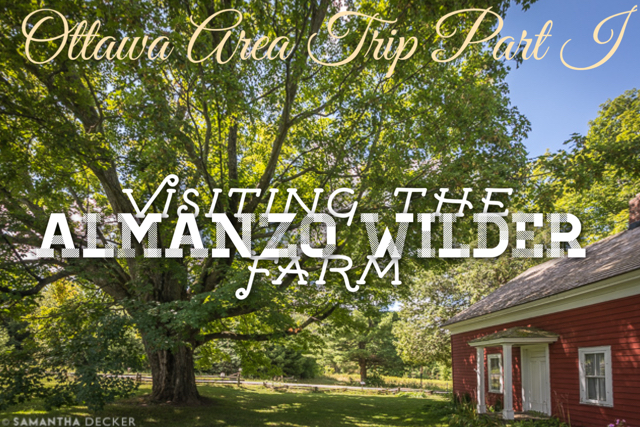 Well, one trip to Canada this summer just wasn't enough.  I had to go back, but this time to a region a little closer to home (read:  no air travel required!), the Ottawa area.  Now technically the Almanzo Wilder Farm is not really part of what most people consider to be the Ottawa area, but it was en route from where I live in Saratoga Springs, NY to Ottawa, and I've always wanted to visit.

For those unfamiliar, Almanzo Wilder was the husband of "Little House on the Prairie" author Laura Ingalls Wilder.  The second book in her series, "Farmer Boy," is all about Almanzo's life growing up in the 1860s on a farm outside Malone, NY, near the Canadian border.  Today, the original house where Almanzo lived still stands, as well as reproductions of his family's barns and the school he attended (which would have been off site). 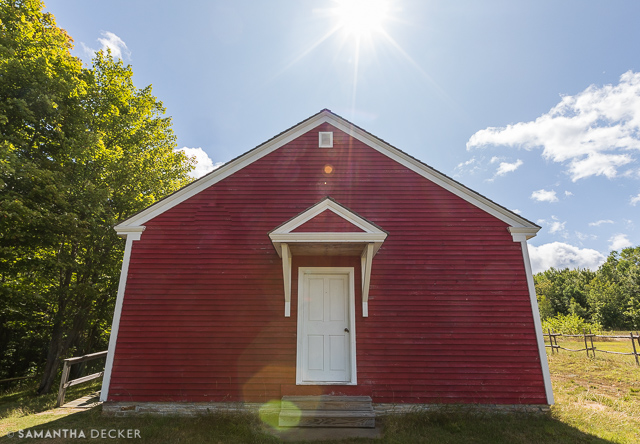 This is the reproduction of the school house. 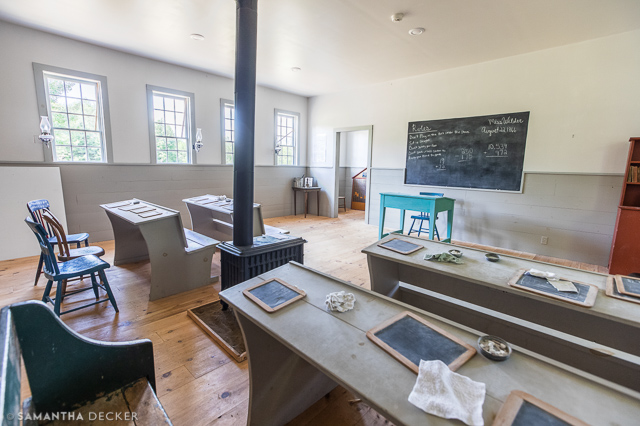 I love photographing inside old school houses, even if this one is a reproduction.  It's just the teacher in me!  On the board it says Miss Wilder, which would have been Almanzo's sister, Eliza Jane. 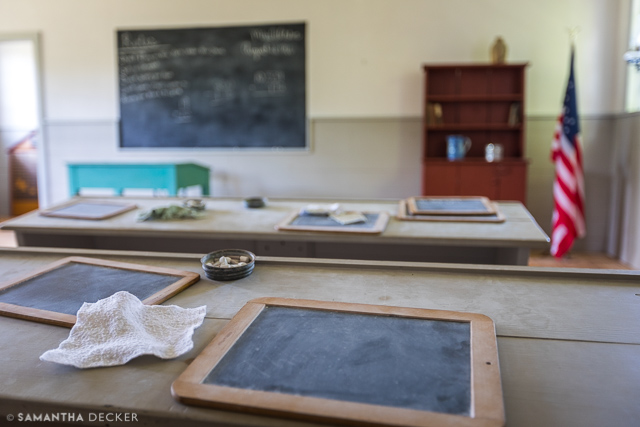 The mini chalkboards of yore have since been replaced with personal computing devices. 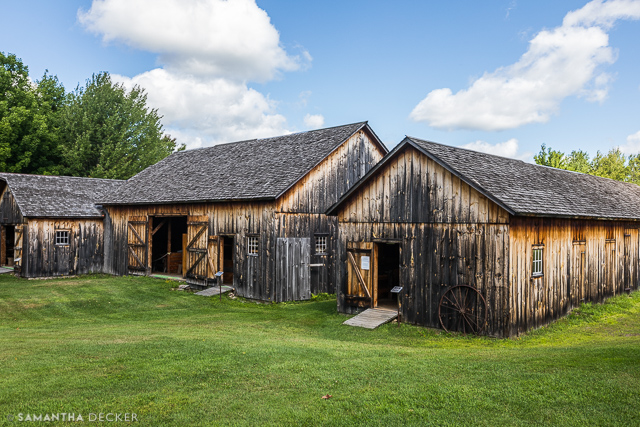 These barns were built according to Almanzo's descriptions. 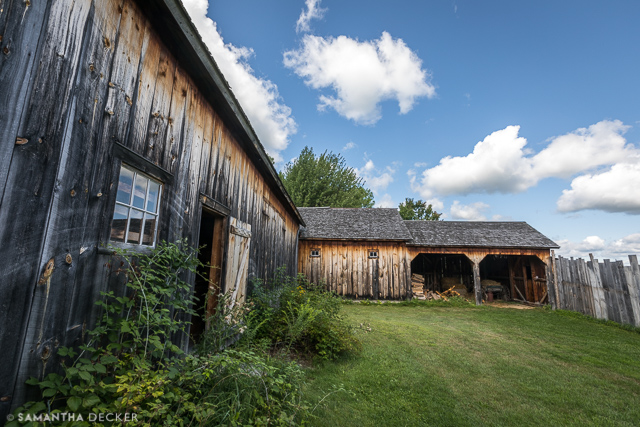 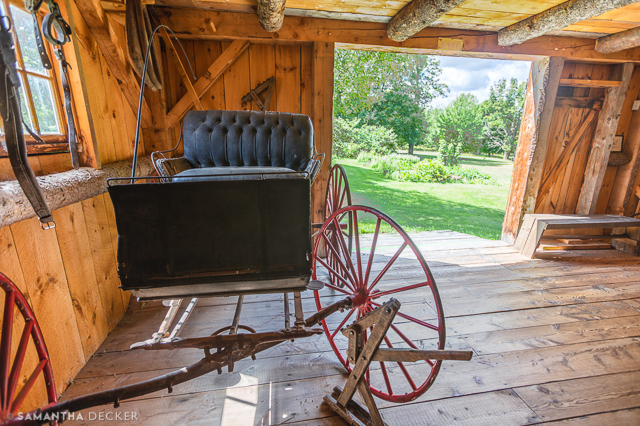 Back in Almanzo's day, this was the mode of transportation. 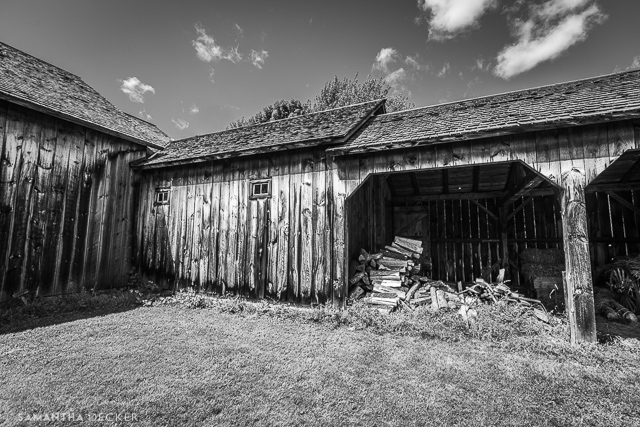 A black and white treatment adds drama to the barns. 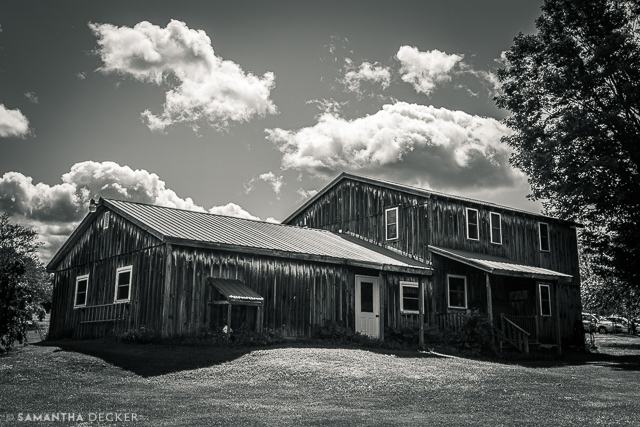 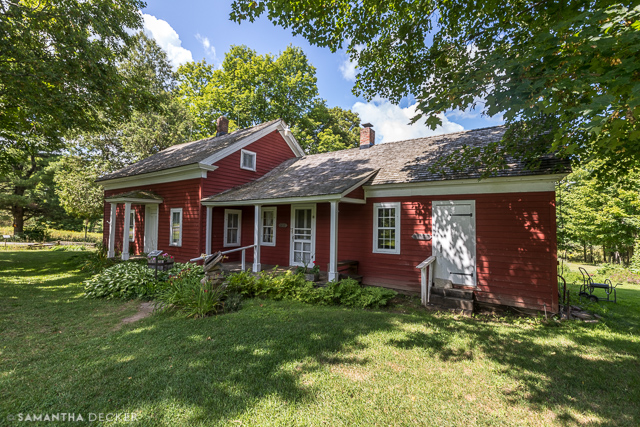 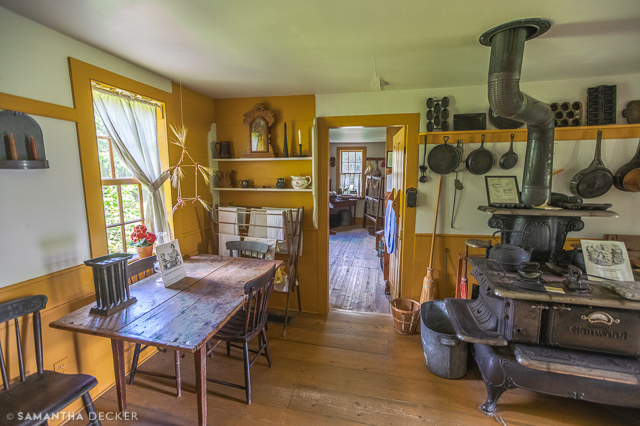 In their kitchen you can see a large stove.  The Wilders were considered wealthy. 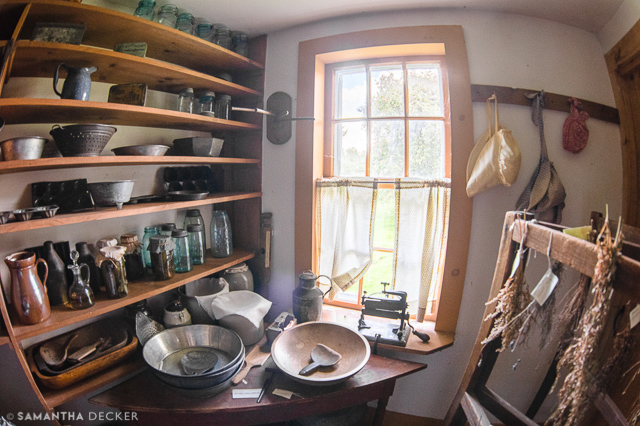 My fisheye lens allowed me to capture a wide shot of the pantry. 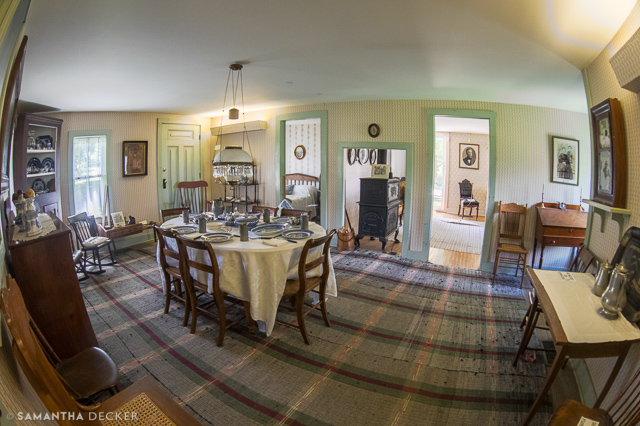 This is the dining room, which leads into the parlor.  The stove heated both rooms. 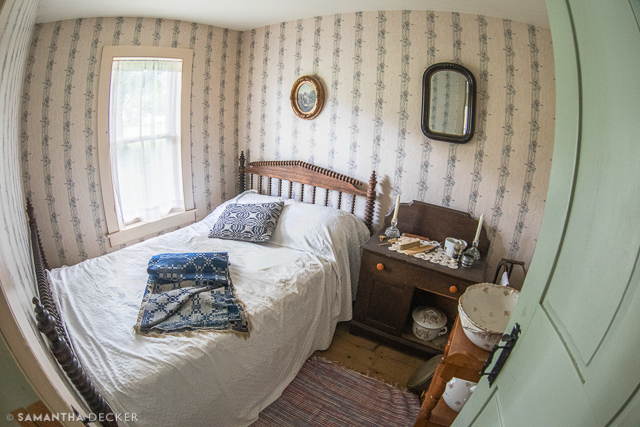 A peek inside one of the bedrooms. 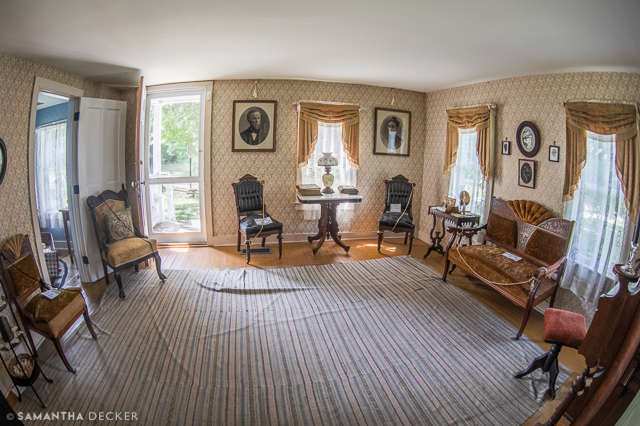 The parlor was only used when company came to visit. 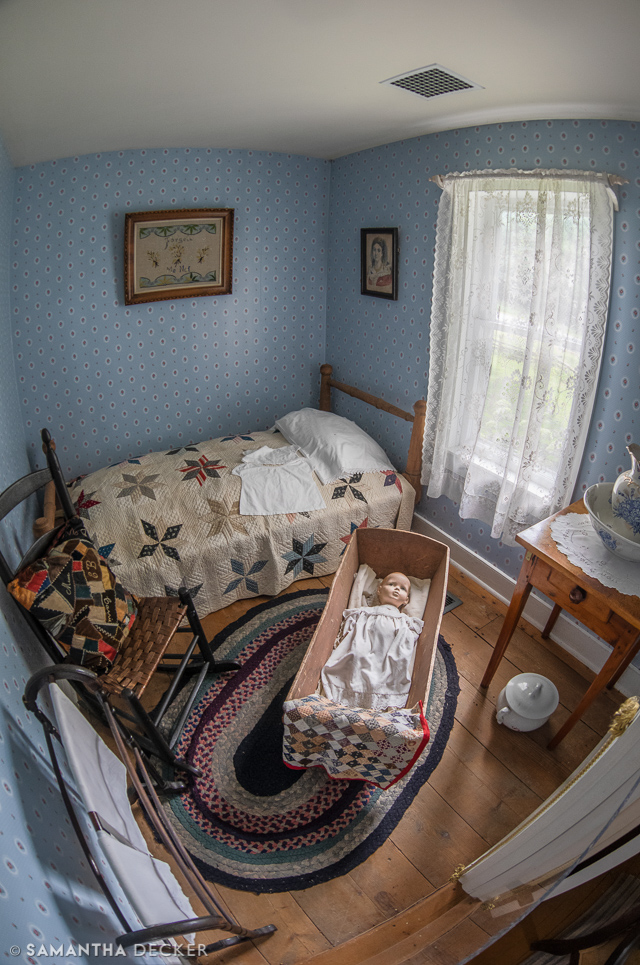 This room was used as a birthing room, a sick room, and a place to put up the cobbler or the teacher when they came to visit. 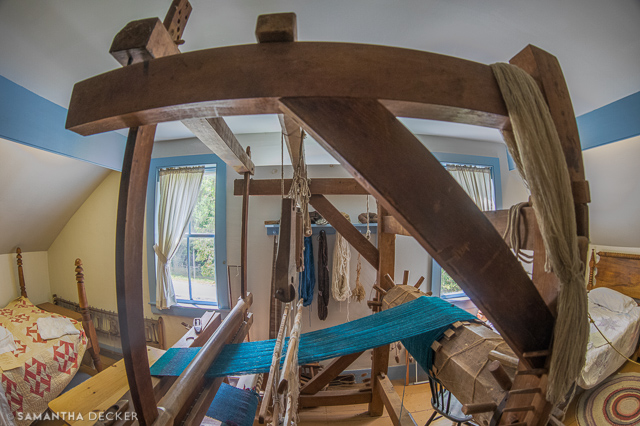 This bedroom had a large loom in the middle of it. 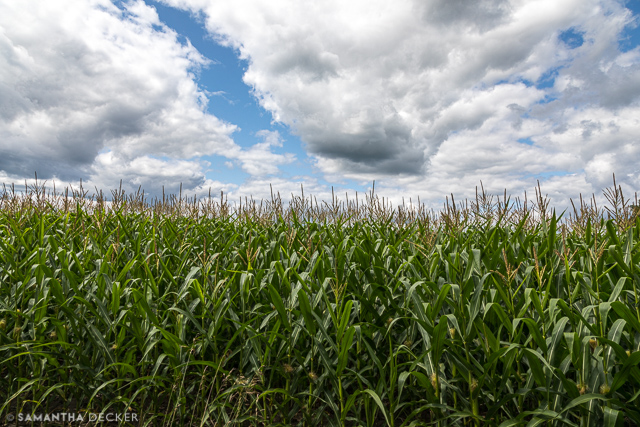 After visiting the Wilder Farm, we went to the spot where we believe my great-grandmother was born, in a house that straddled the New York and Québec border.  All that separated the two countries was a wire.  Near that site there was a huge cornfield where I took this photo.