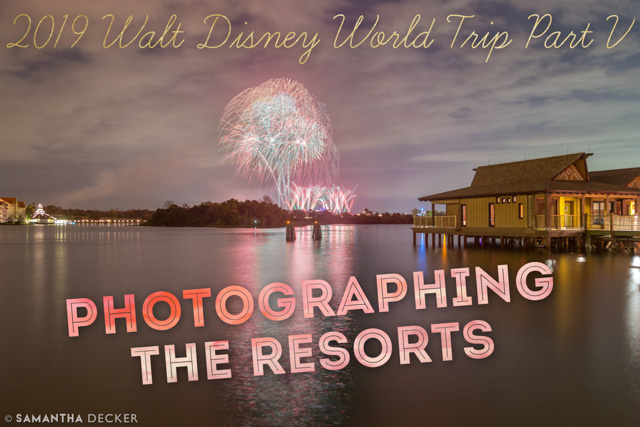 This is my fifth post in a series featuring photos from my recent trip to Walt Disney World.  Previously I blogged about Disney's Hollywood Studios, Disney's Animal Kingdom, Epcot, and Magic Kingdom.  In this post I will share photos I took at at the Walt Disney World Resorts. 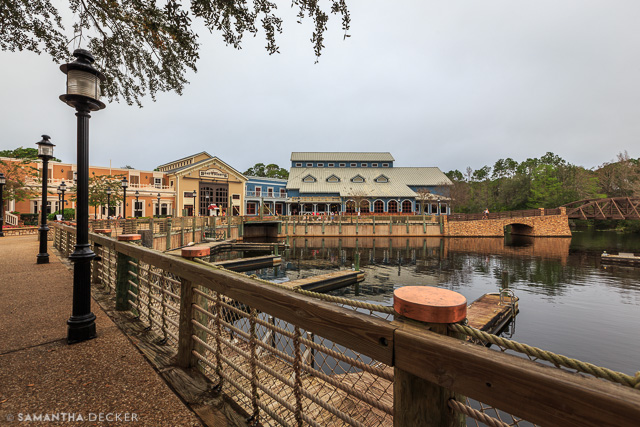 So, although I stayed at the Port Orleans Riverside Resort at the beginning of my trip, I didn't take very many photos there.  Here is a photo I took near Boatwright's Dining Hall. 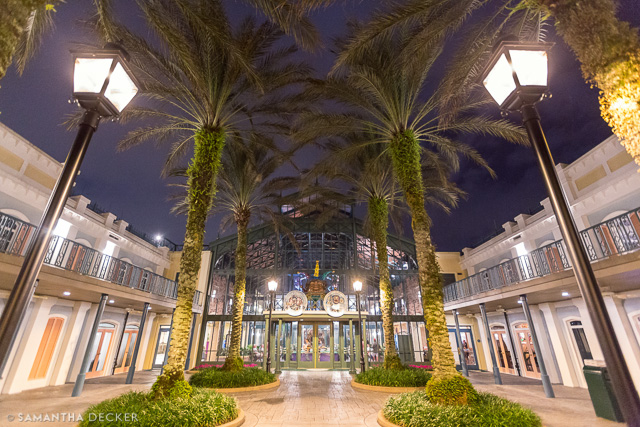 Walking through Port Orleans French Quarter at night, I snapped this photo. 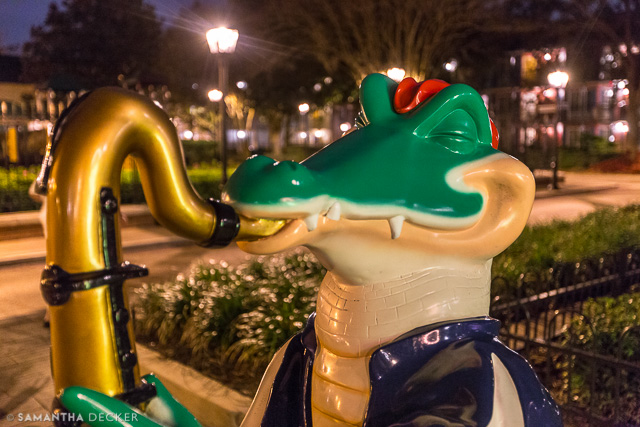 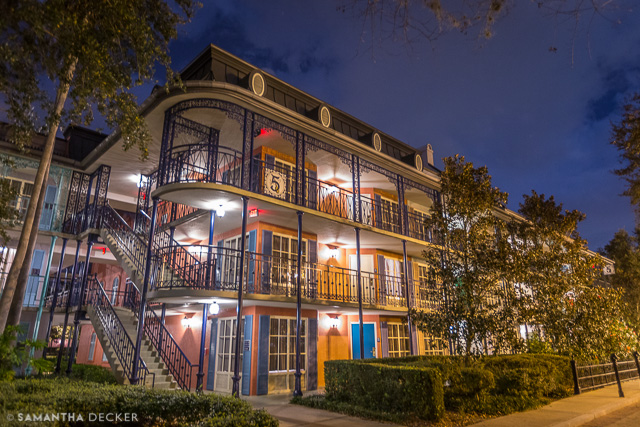 The buildings in Port Orleans French Quarter are designed to resemble those of New Orleans. 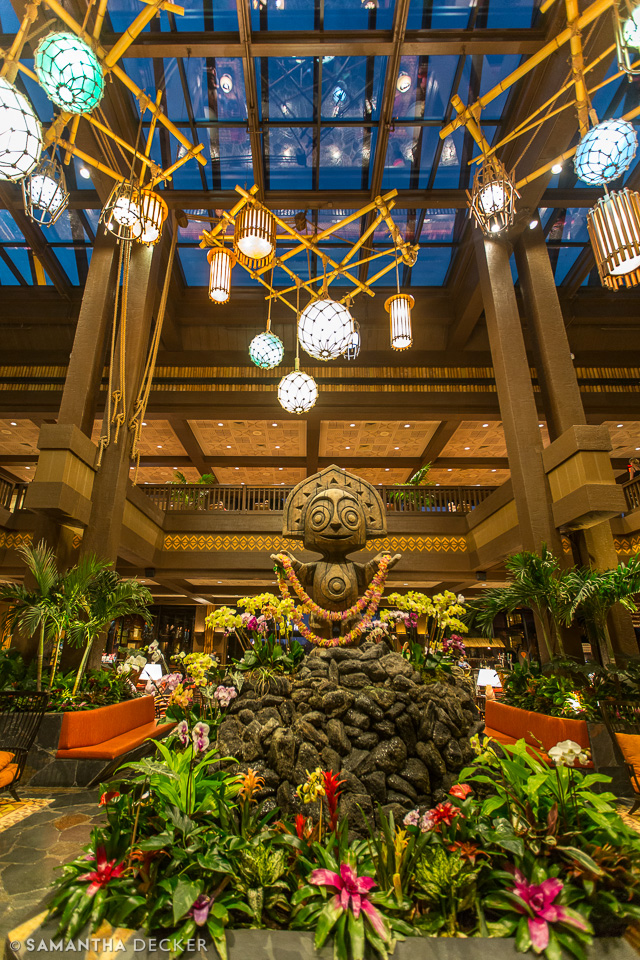 Heading over to the Polynesian Village Resort, where I also stayed, I captured this photo in the lobby. 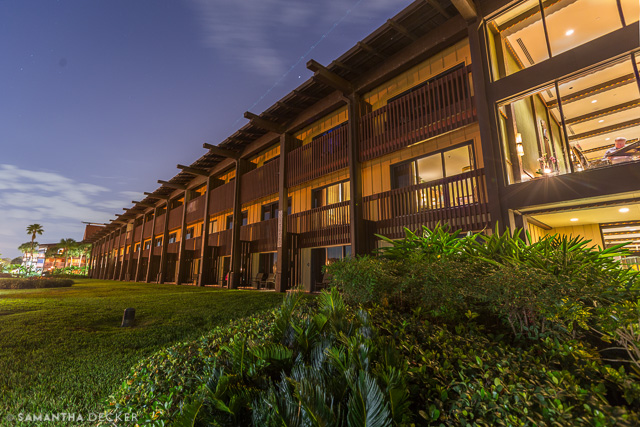 One of the buildings in the Polynesian Village Resort. 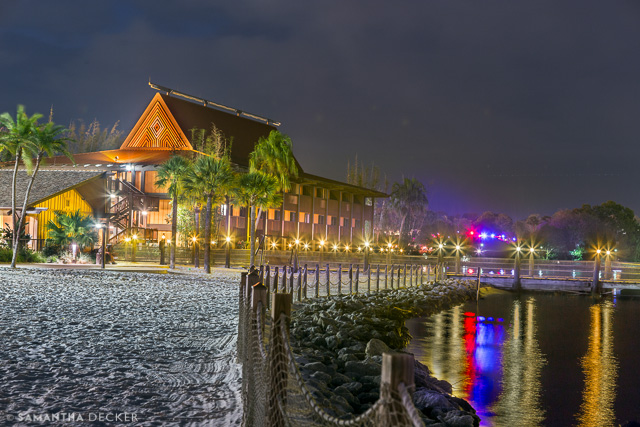 The scene down at the beach.

The Grand Floridian Resort can be seen across the Seven Seas Lagoon. 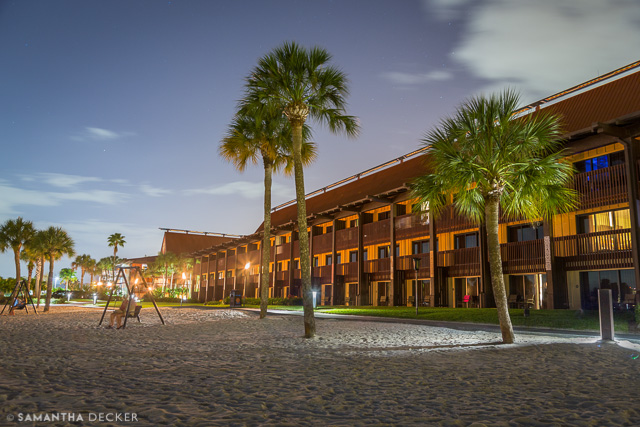 Another shot taken on the beach, waiting for the fireworks. 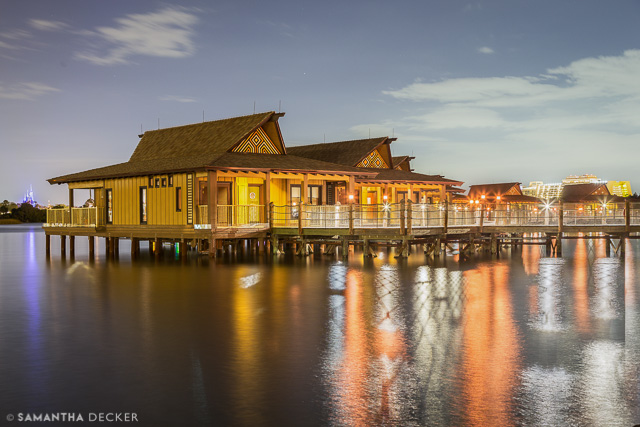 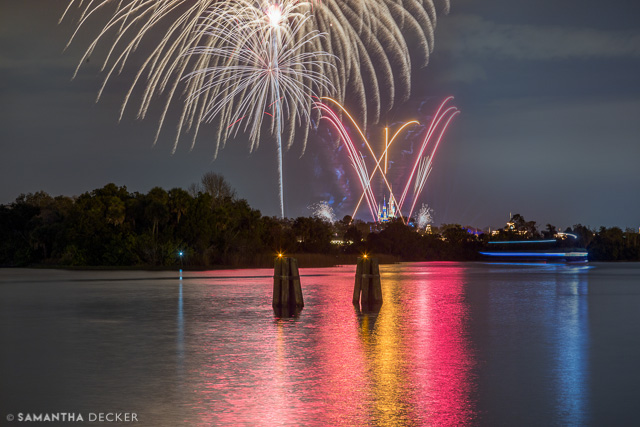 The Polynesian Beach is a great place to watch Happily Ever After fireworks. 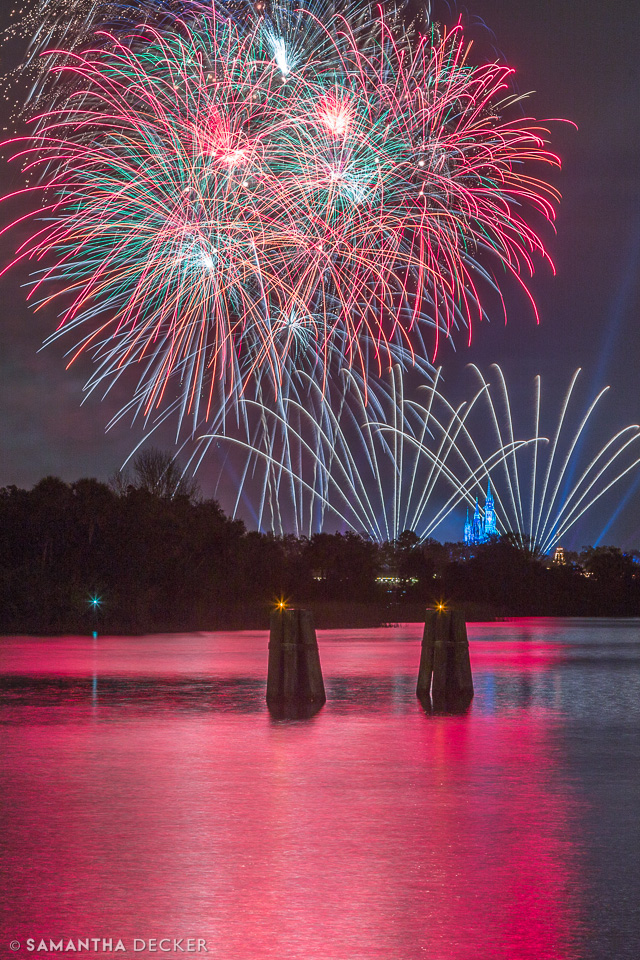 I love the reflections of the bursts in the Seven Seas Lagoon. 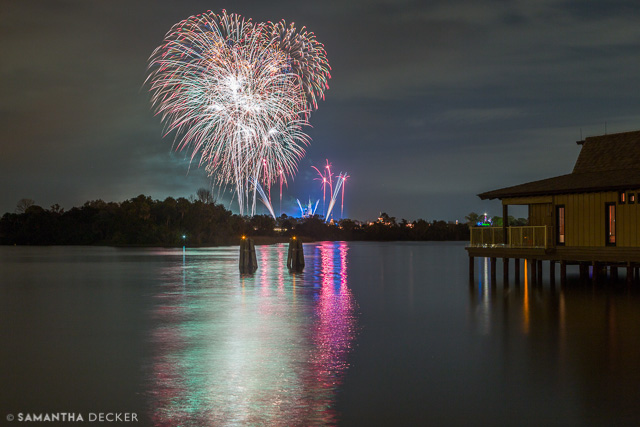 It's nice to include the Bora Bora Bungalows in the shot for a sense of place. 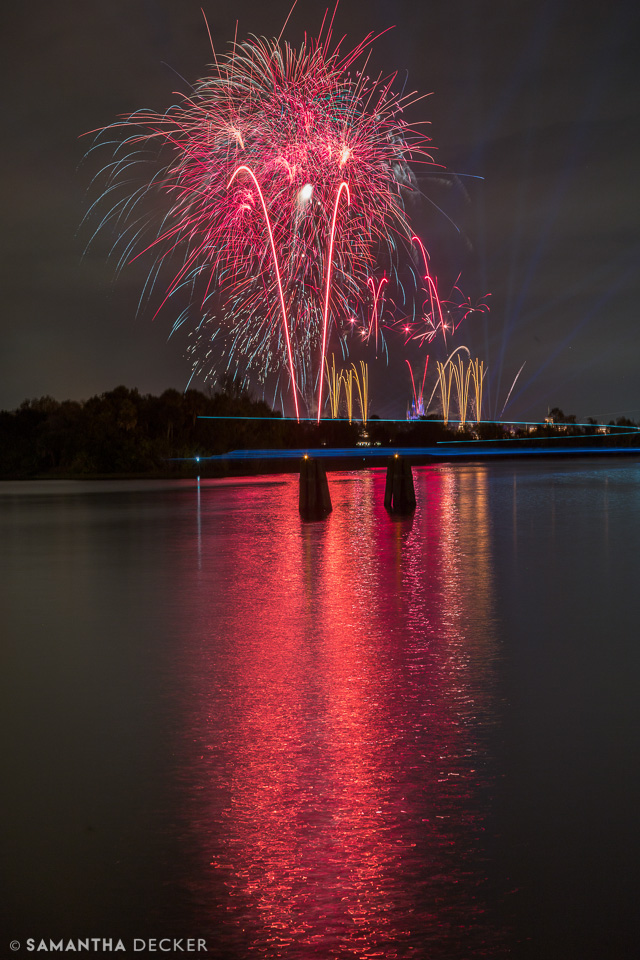 In this shot, a boat was passing by, hence the blue streaks.

After the fireworks, the Electrical Light Pageant wows guests staying at resorts on the Seven Seas Lagoon. 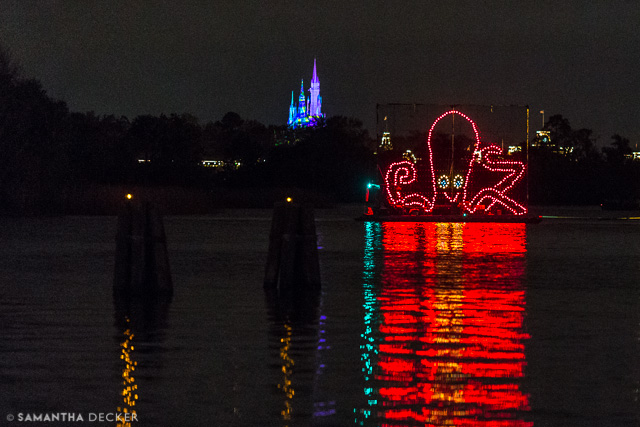 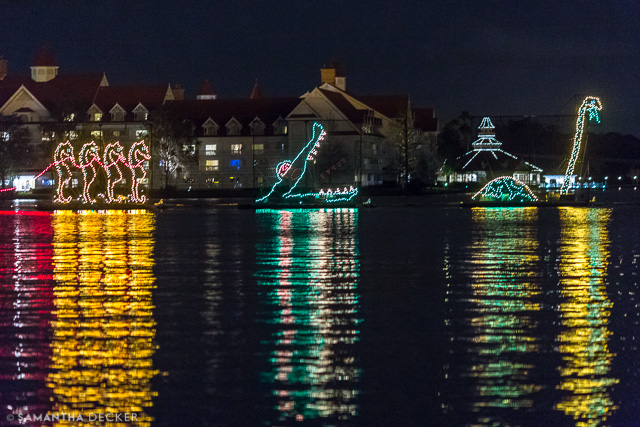 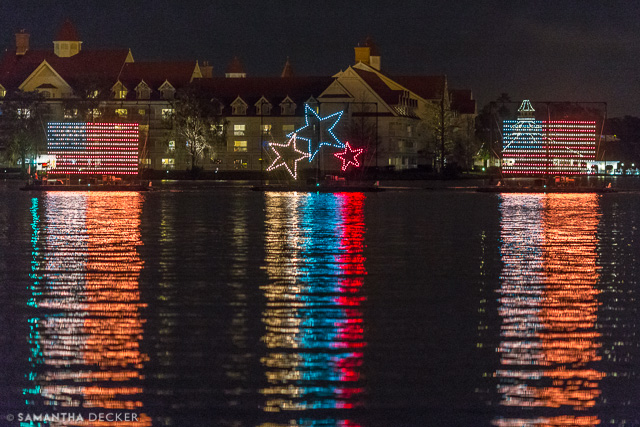 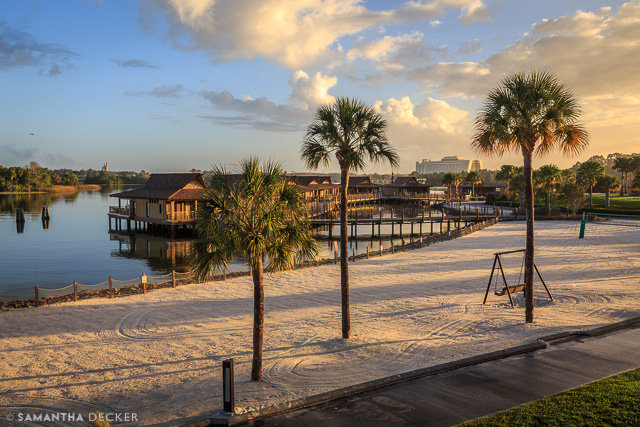 This is a morning view from the King Kamehameha Club lounge.  Cinderella's Castle is visible on the left. 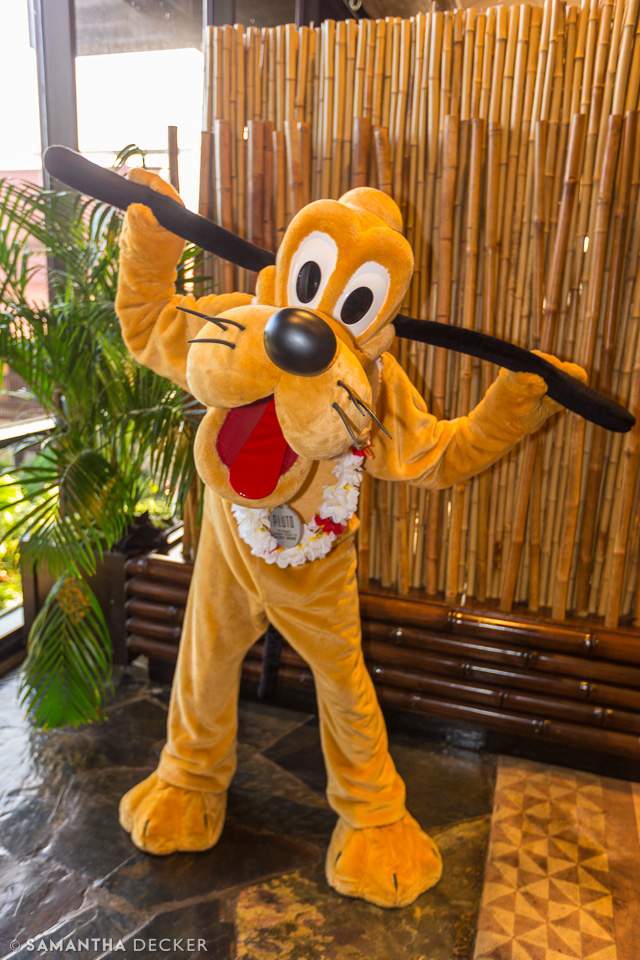 I enjoyed meeting Goofy at the Polynesian! 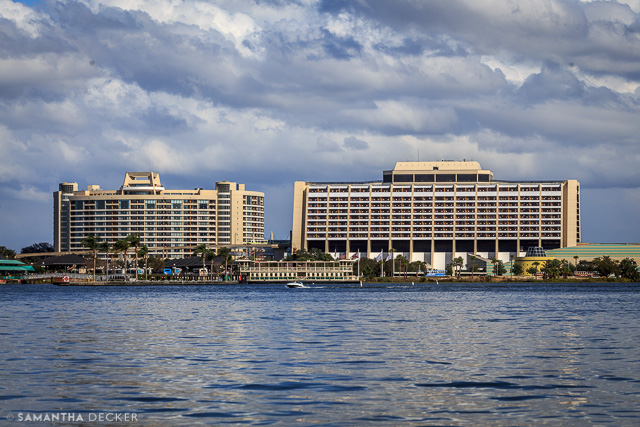 A view of the Contemporary Resort and the Bay Lake Tower from one of the boats.