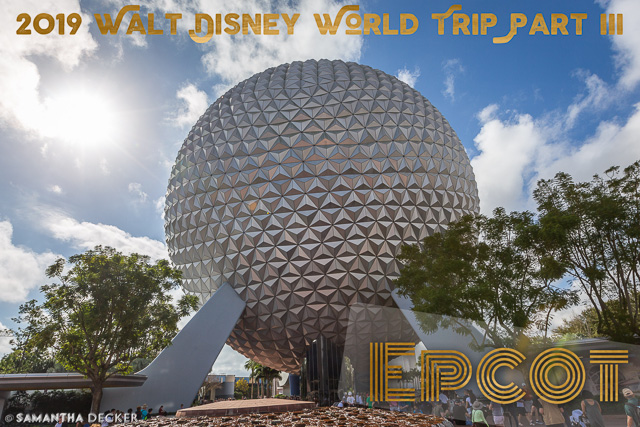 This is my third post in a series featuring photos from my recent trip to Walt Disney World.  Previously I blogged about Disney's Hollywood Studios and Disney's Animal Kingdom.  I was only in Epcot for half a day, so as a result, I didn't get as many photos there as I have on previous trips. 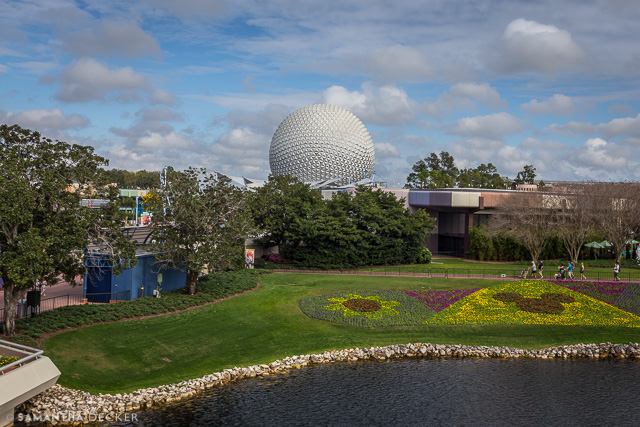 This is a view of Epcot from the monorail. 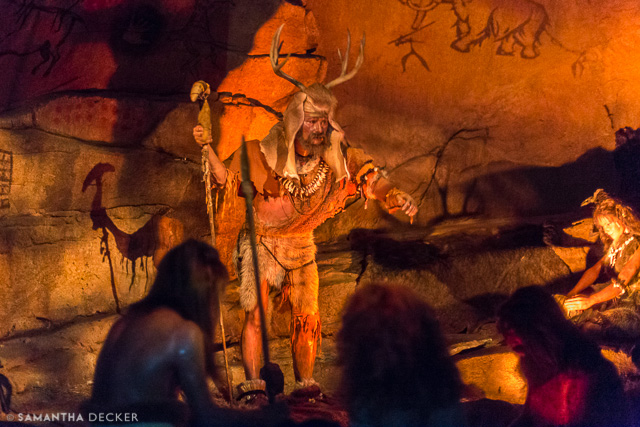 The first ride we went on was Spaceship Earth, a journey through time starting with the dawn of man and ending with...well, the early 80s I guess.  This is the caveman scene. 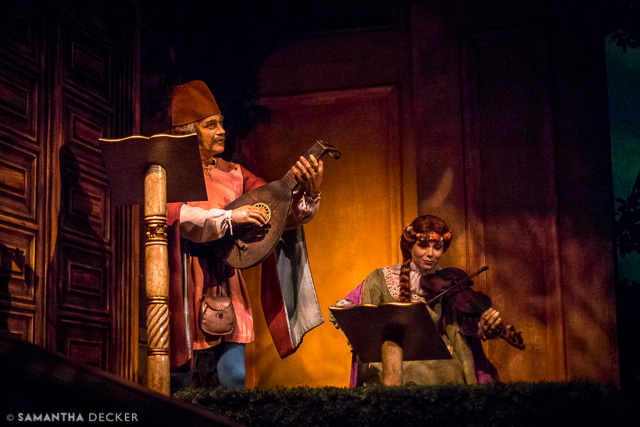 Shortly thereafter, we jump ahead into the Renaissance. 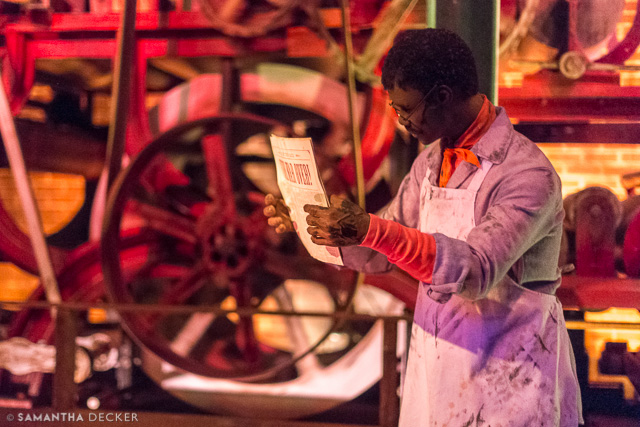 Then suddenly, it's the industrial revolution! 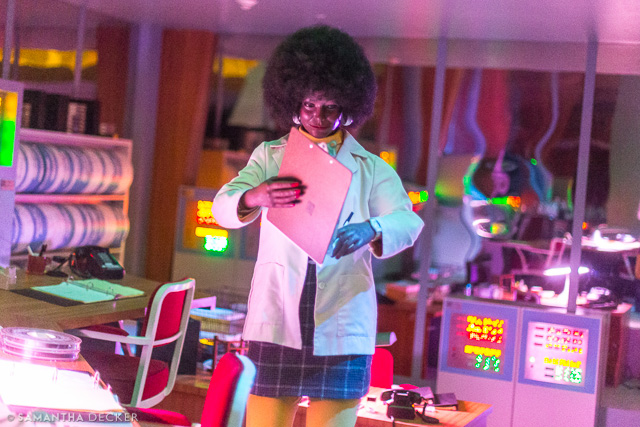 Then it's the future...or is it the past? 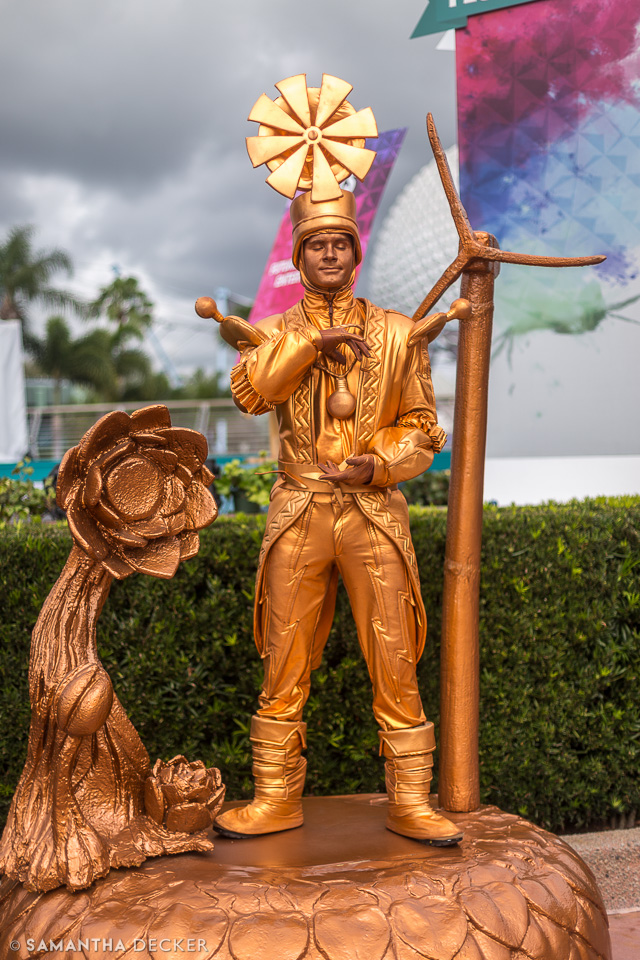 Because it was Epcot's Festival of the Arts, there were living statues posing for photos. 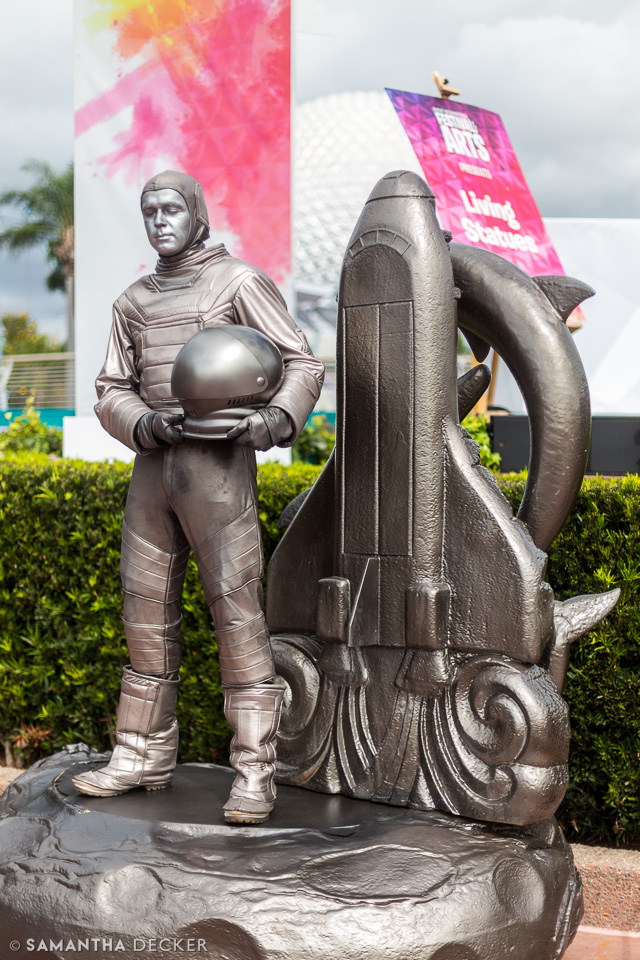 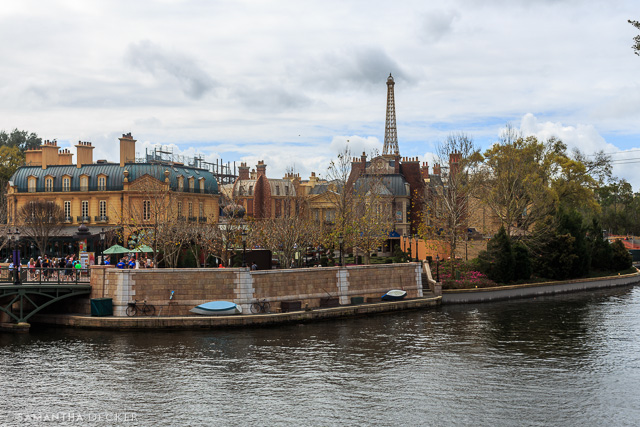 Headed to France for lunch! 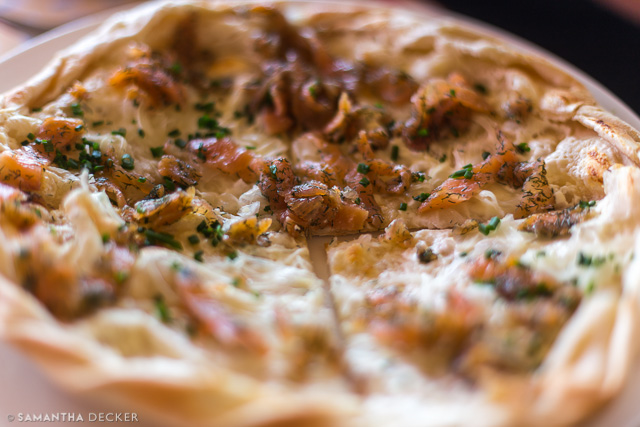 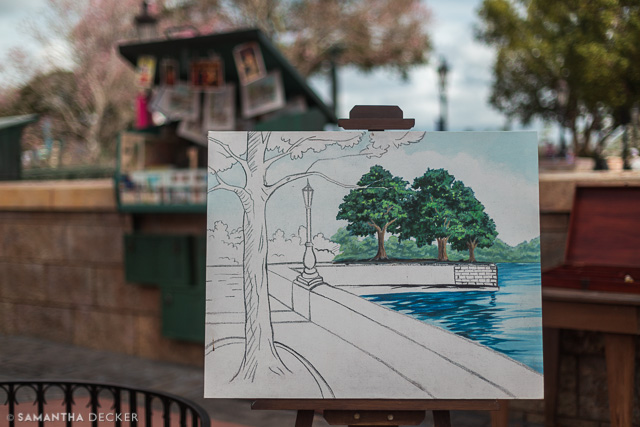 One of the little details you'll find in the France pavilion. 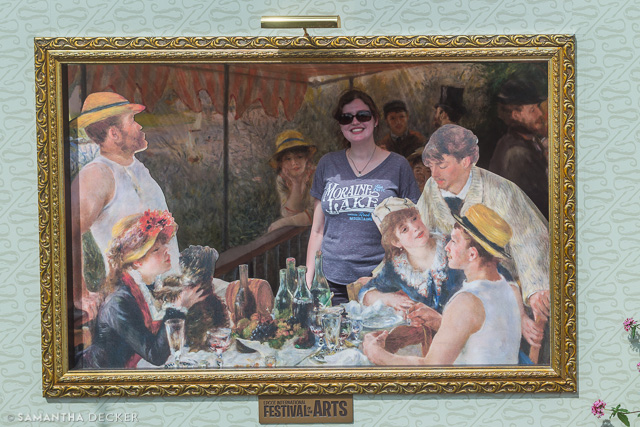 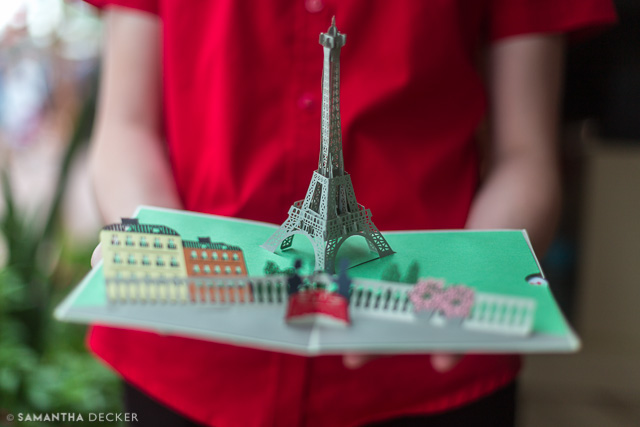 I snapped this photo of a Lovepop greeting card in the Japan pavilion. 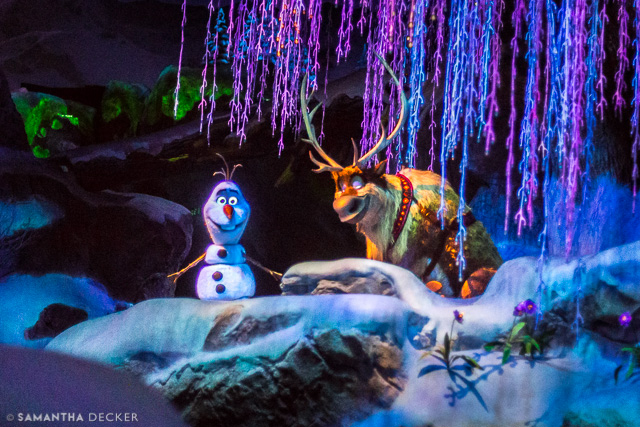 In Norway, I rode the new Frozen Ever After ride. 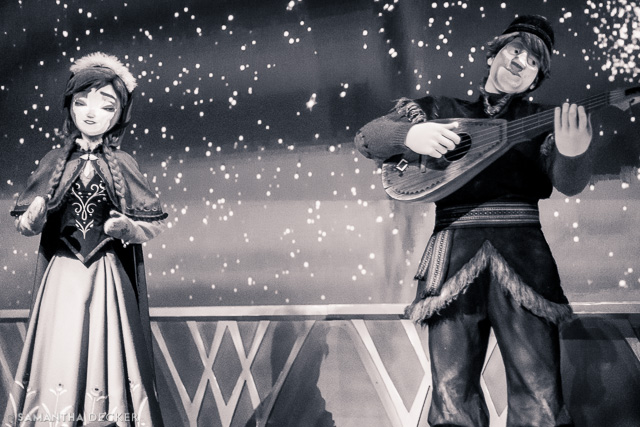 Unfortunately, I had to convert almost all my photos to black and white due to some weird issue with the faces of the characters. 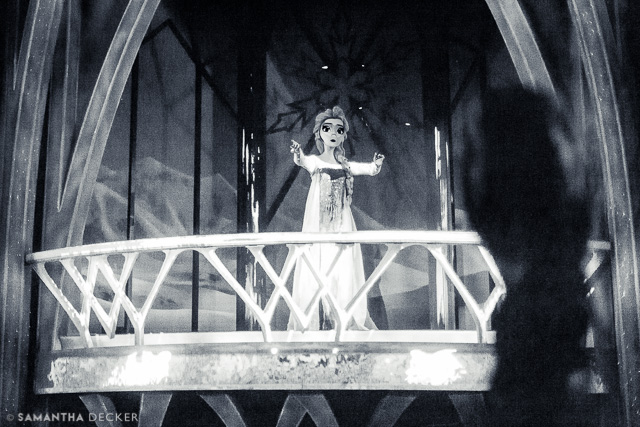 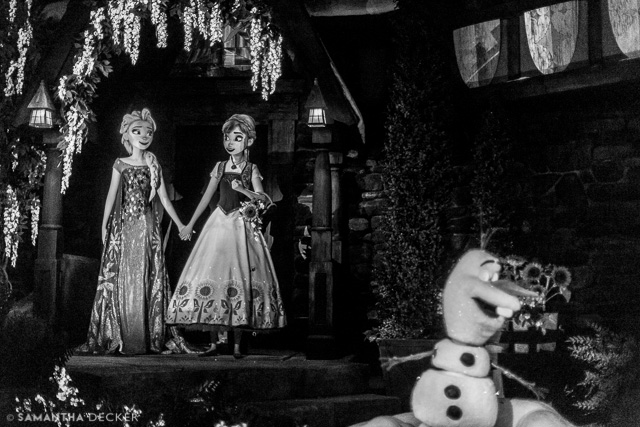 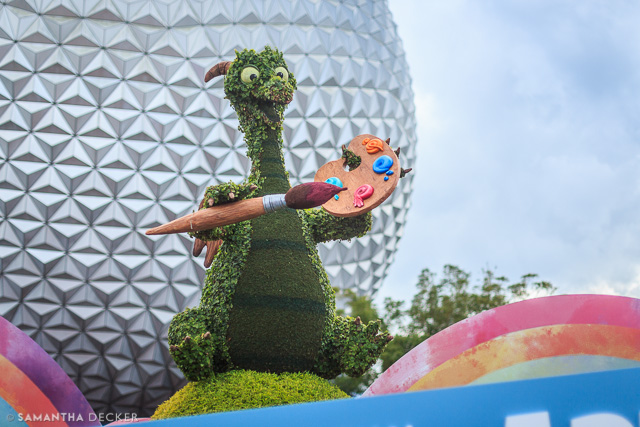 I snapped this photo of the Figment topiary on my way out.

Stay tuned for my next post, featuring photos I took at Magic Kingdom!