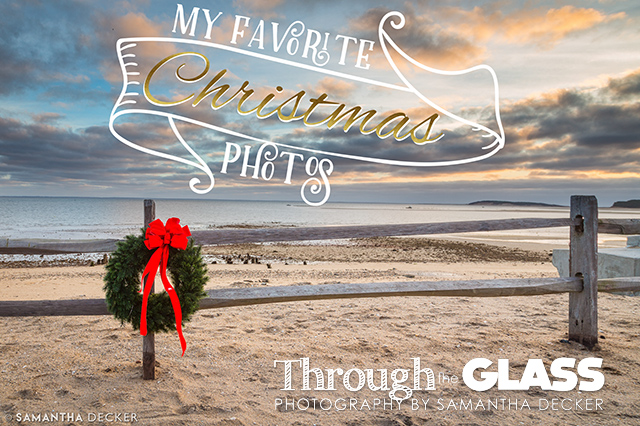 A few years ago, I wrote a post highlighting my favorite winter photos.  Today I will share with you my favorite Christmas photos through the years. 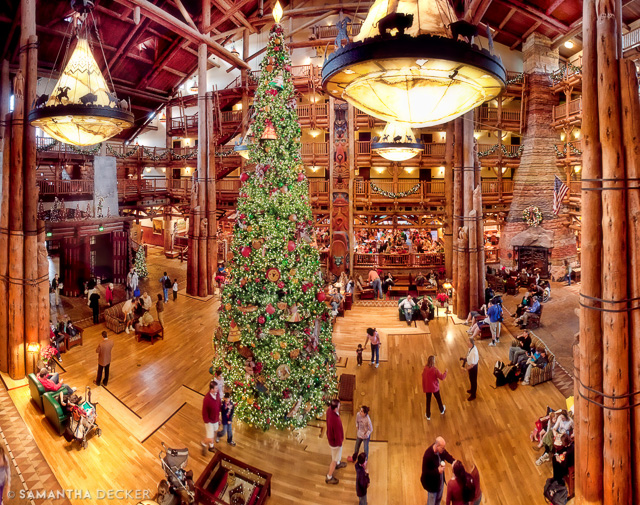 We'll start here with a panorama I took of the huge Christmas tree at Disney's Wilderness Lodge (2010).  I visited Walt Disney World in January of that year, when the Christmas decorations are still up. 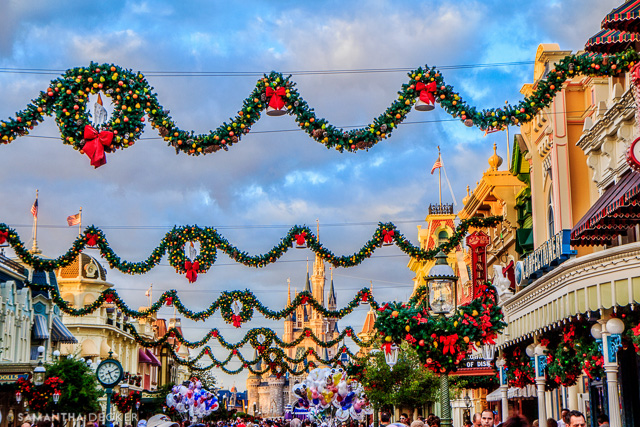 I took this photo of Main Street USA all decked out for Christmas when I was there for Thanksgiving 2011. 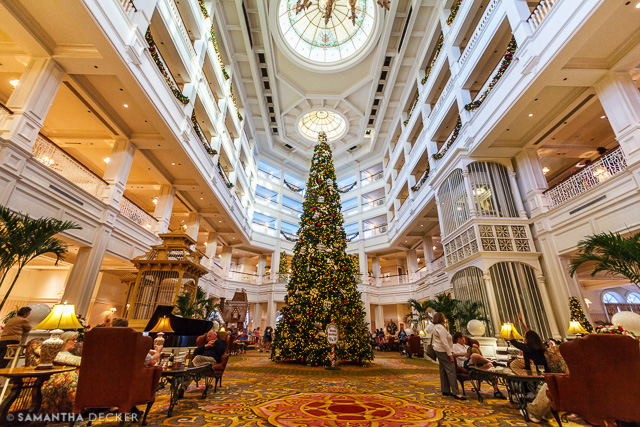 I captured this photo of the Christmas tree in the Grand Floridian lobby at Walt Disney World in 2011 as well. 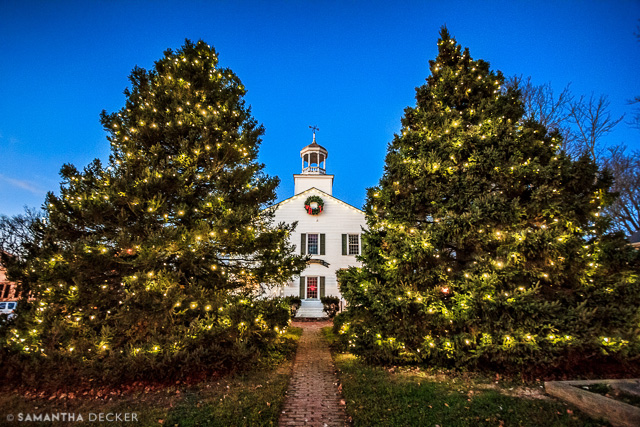 I took this photo of Wellfleet Town Hall on Cape Cod in 2012. 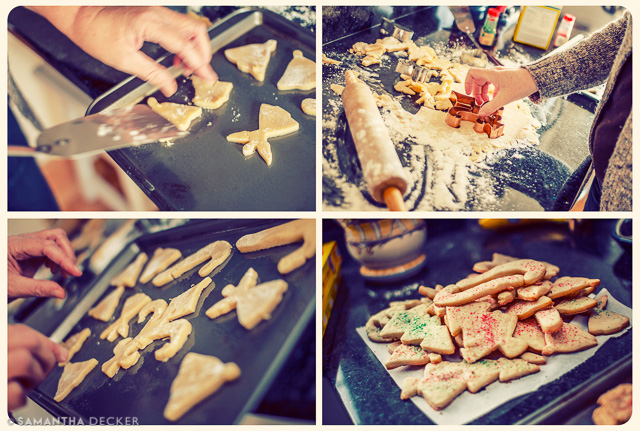 I took this collage of Christmas cookies in 2012 as well. 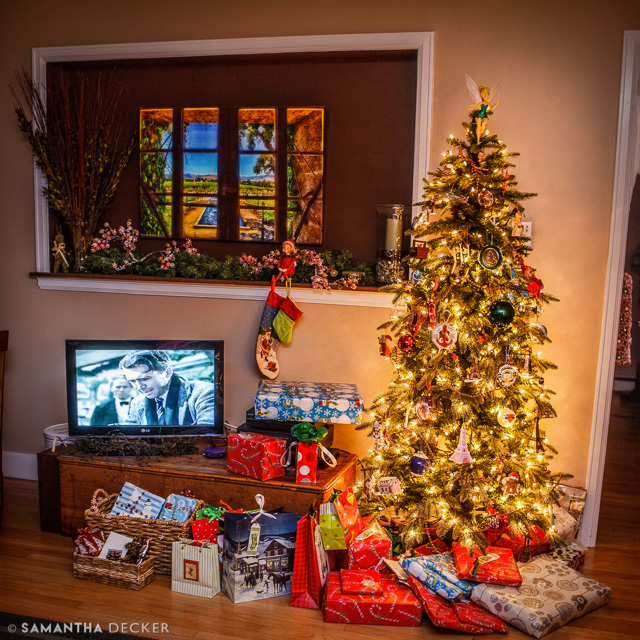 I snapped this scene of presents under the tree and It's a Wonderful Life playing in 2012 as well. 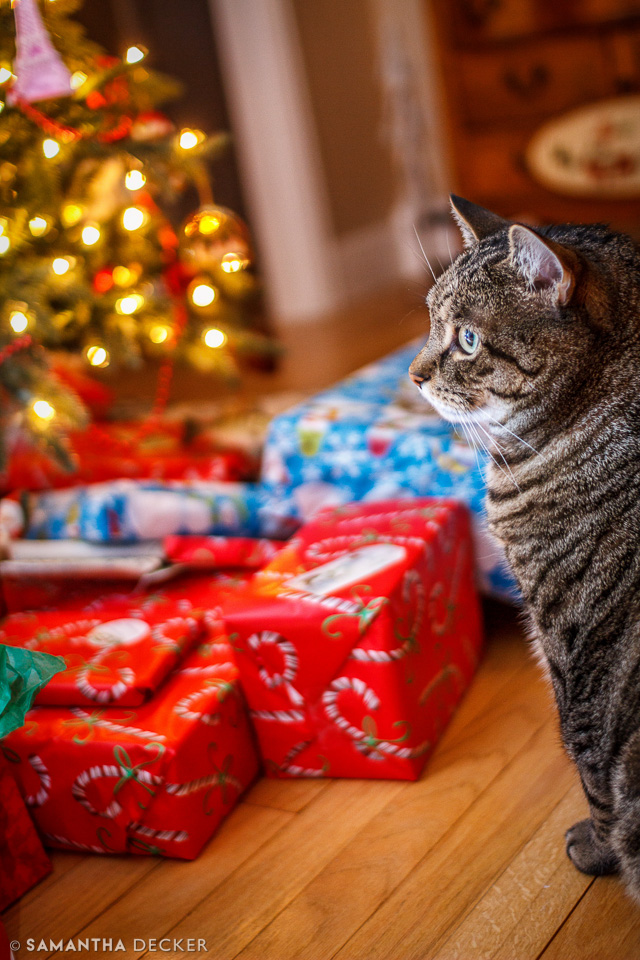 Another shot from 2012, Casey posing by the presents. 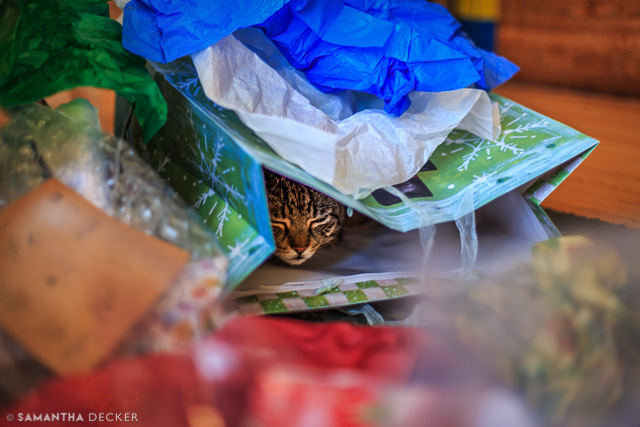 I captured Casey making a home in one of the gift bags in 2013. 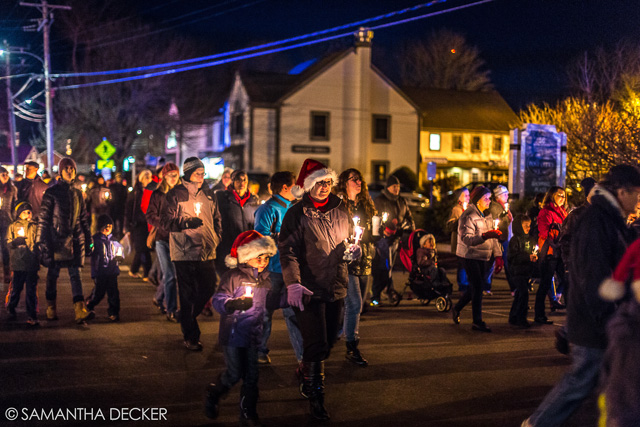 I took this photo of parents and children walking down the street singing Christmas carols on the way to the annual Orleans Christmas Tree Lighting in 2014. 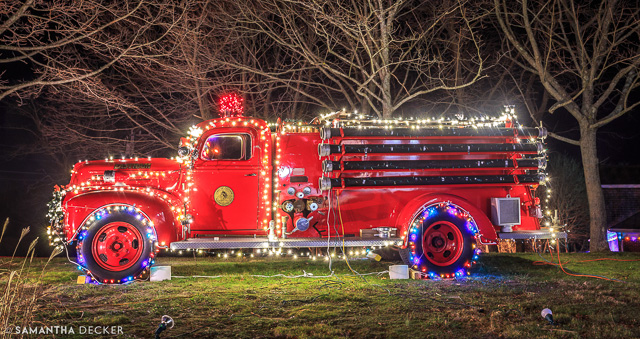 I took this photo of the Eastham Fire Department truck all decked out in 2014 as well. 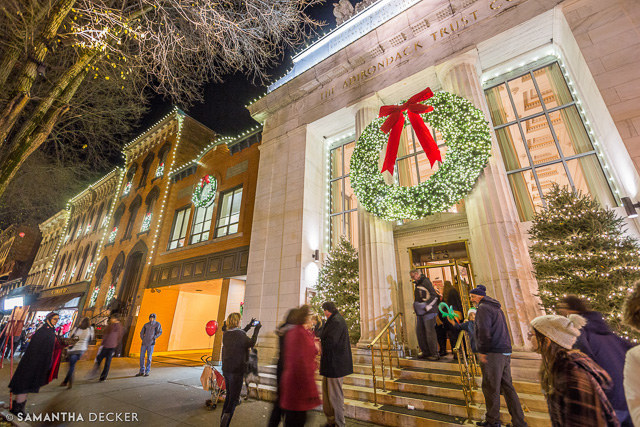 I took this photo of Broadway all lit up for Christmas at the Victorian Streetwalk in 2016. 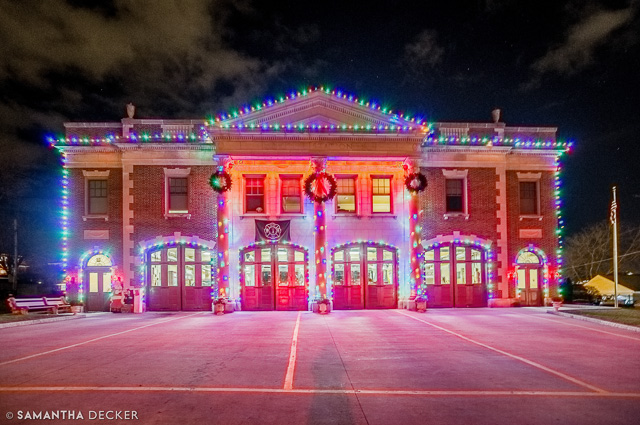 I captured the lights on the Lake Ave. Fire House in Saratoga after the Victorian Streetwalk. 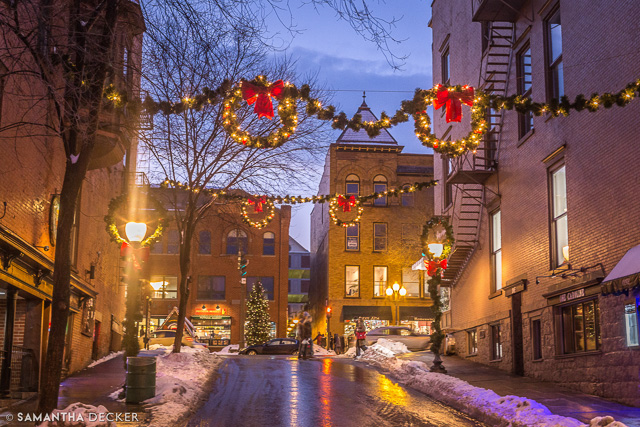 I snapped this photo looking up Caroline Street in Saratoga in 2016. 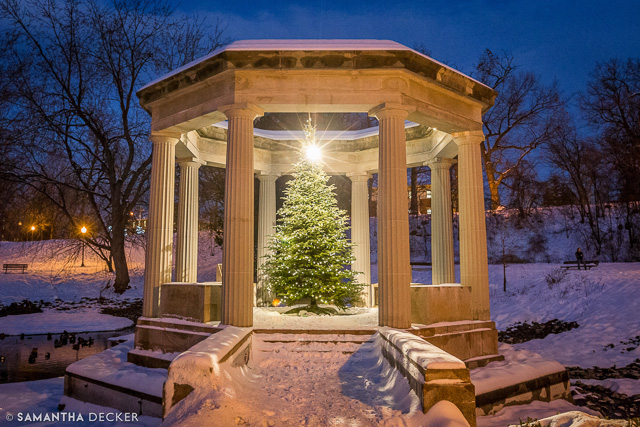 I took this photo of the Christmas Tree in Congress Park in 2016.  The light behind the tree looks like a shining star. 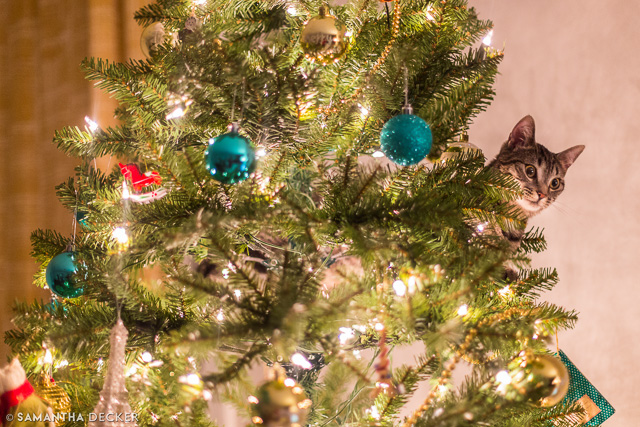 Fran's first Christmas in 2016 involved lots of cute pictures in the tree. 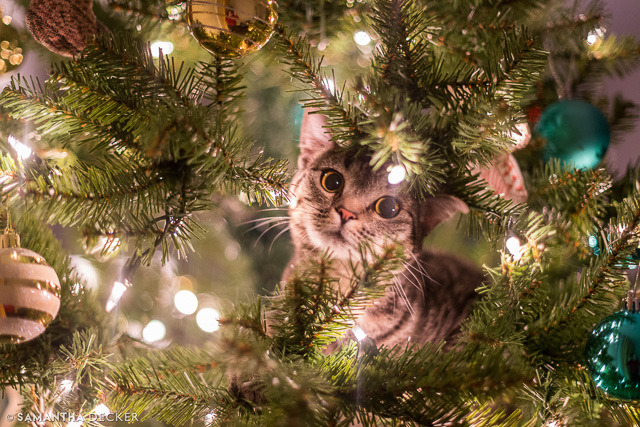 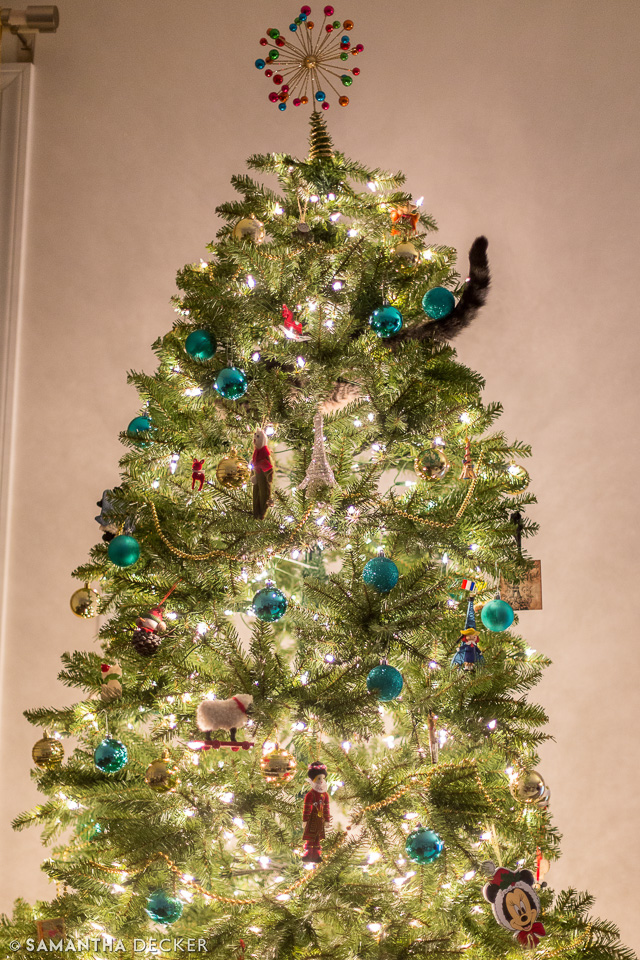 Can you find her? 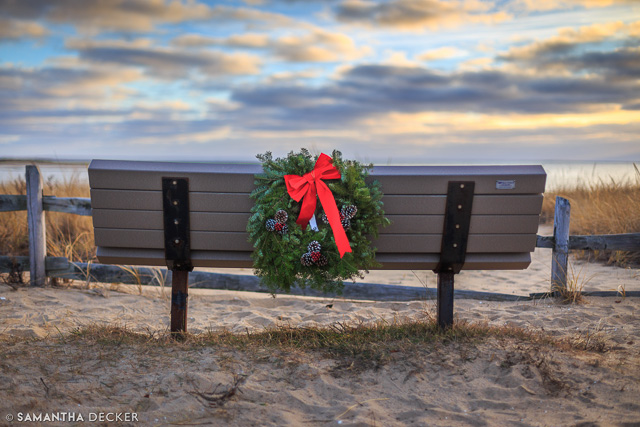 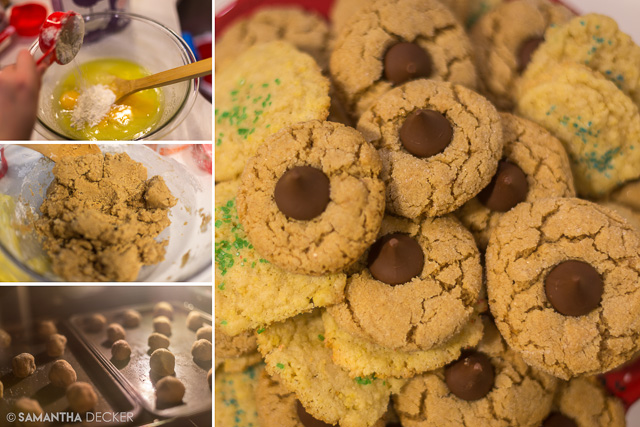 It's a rare occasion that I bake, and last Christmas, when I made these cookies I made sure to document it.