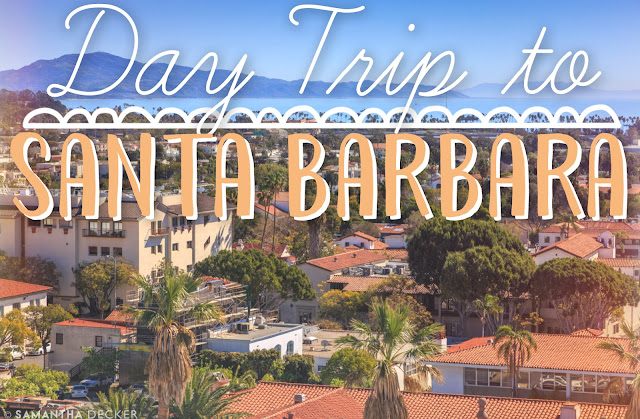 Santa Barbara, known for its red-tiled roofed buildings, is an easy day trip from the LA area.  On my recent trip to Southern California, I visited this city known as the "American Riviera" for the first time. 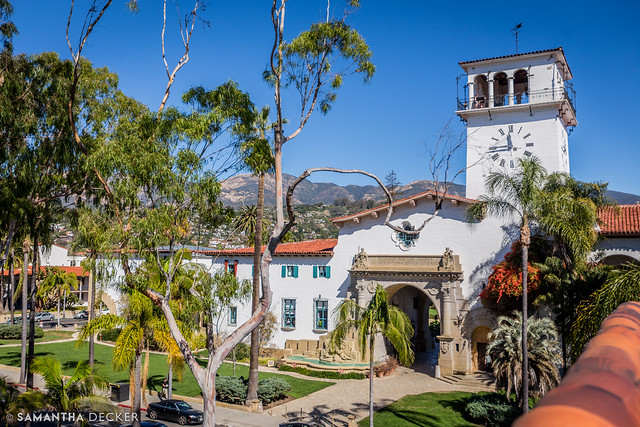 One of the main attractions in Santa Barbara is the courthouse.  My favorite place to photograph the exterior was from the top floor of the parking garage across the street.  The elevated vantage point made for a more unique photo than the ones that I took at ground level. 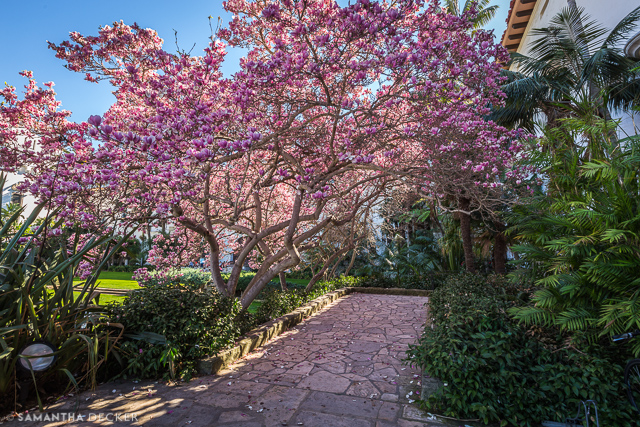 Above are the beautiful blossoms in the courtyard area. 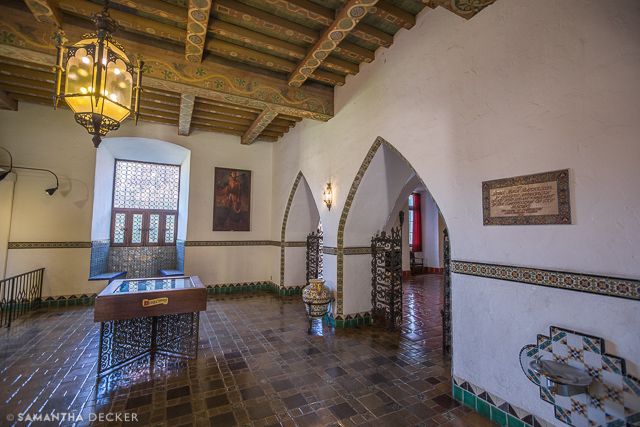 If steps aren't your thing, you can take the elevator to the top, but taking the stairs allows you to see the stunning Spanish style architecture on each level.  Even the water fountains have tile detailing around them (see above photo, bottom right corner). 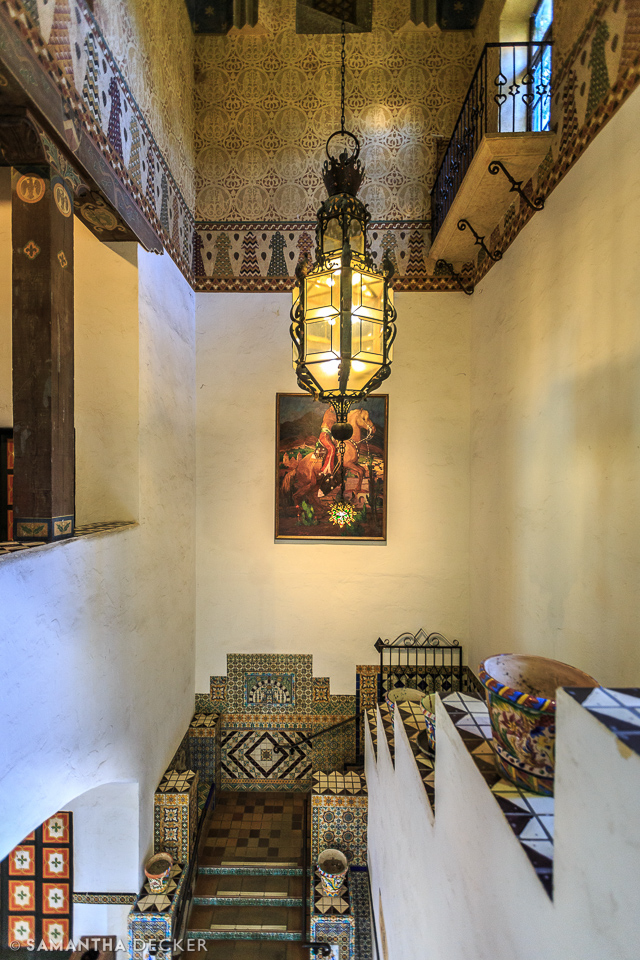 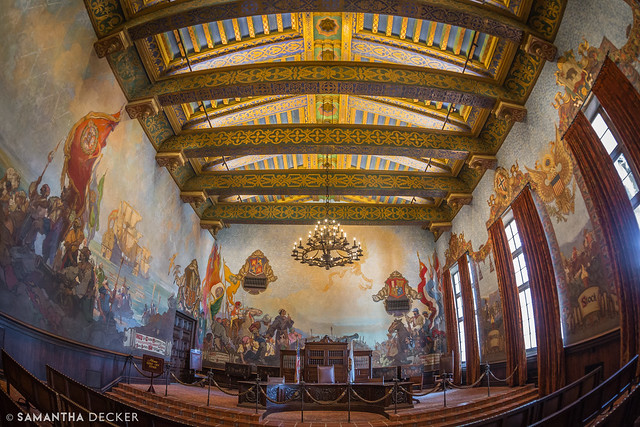 The mural room is perhaps the most stunning part of the courthouse.  I opted for a fisheye lens to get as much of the mural in one show as possible, as well as some of the detail of the ceiling. 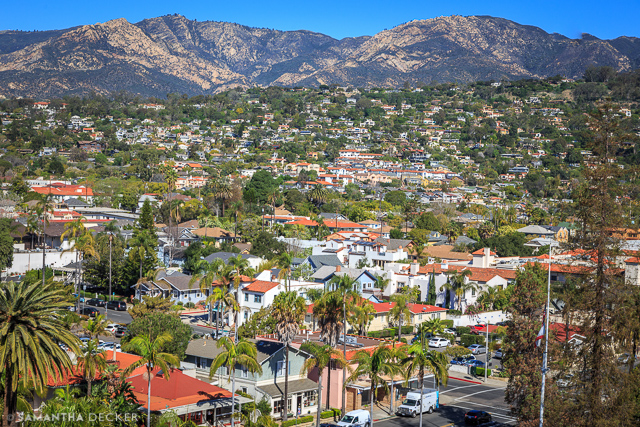 The view from the top of the courthouse is really spectacular.  Red tiled roofs as far as the eye can see!  Below is the courtyard. 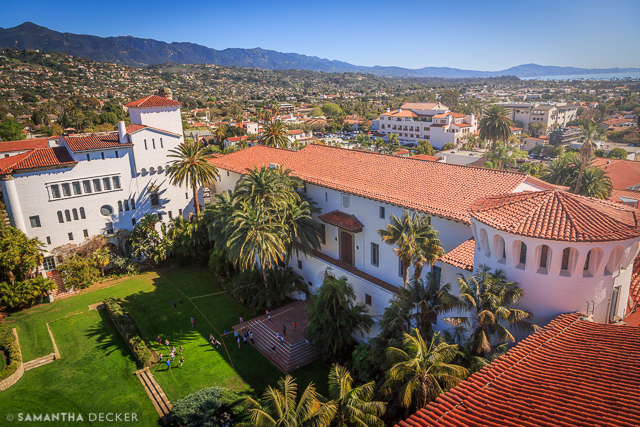 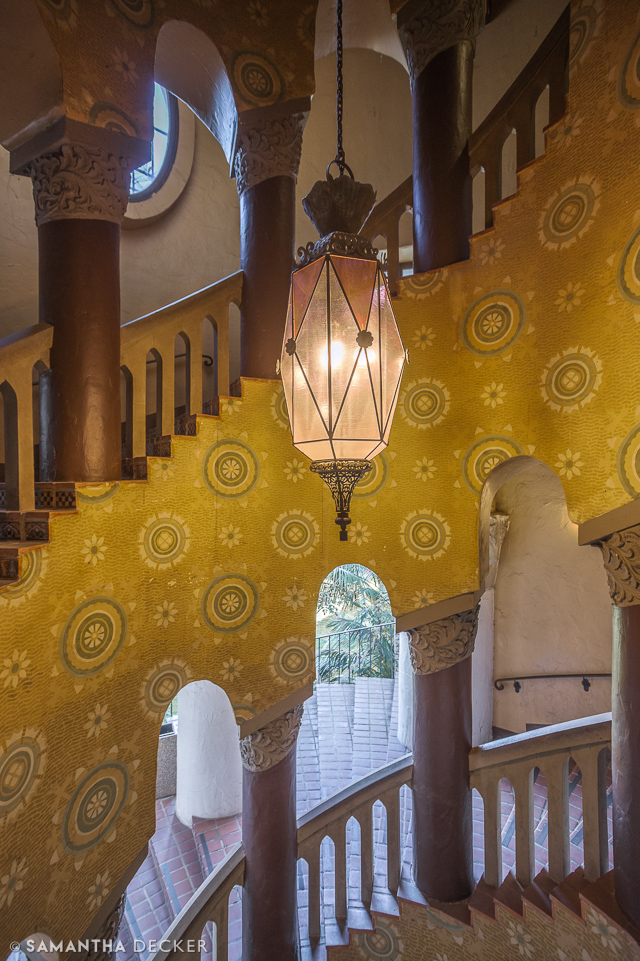 Above, a spiral staircase.  Below, a hallway with offices. 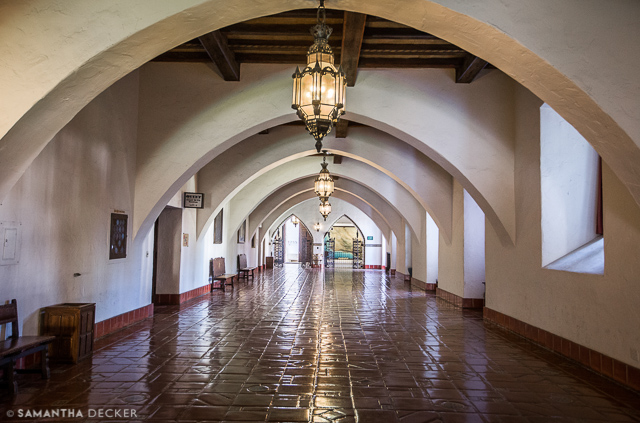 The next stop in Santa Barbara was the Mission.  Mission Santa Barbara is one of 21 missions in California, and the first and only one I've visited so far. 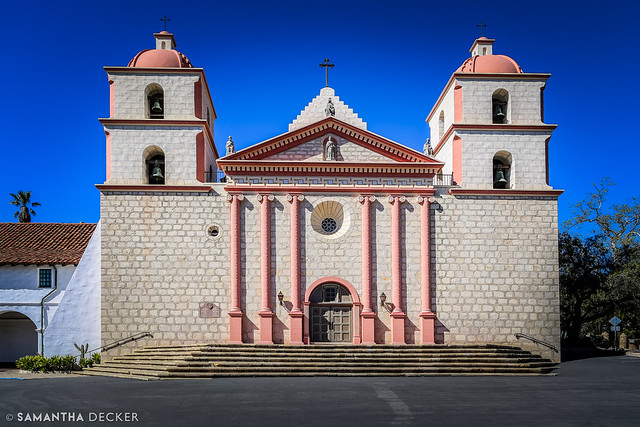 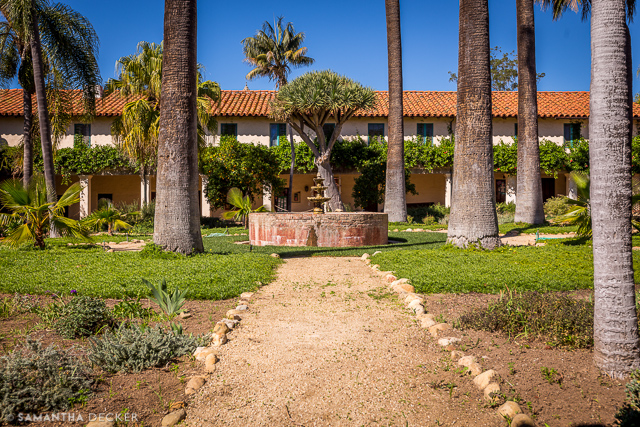 The courtyard was not as lush as it usually is thanks to the drought, but at least the grass was green. 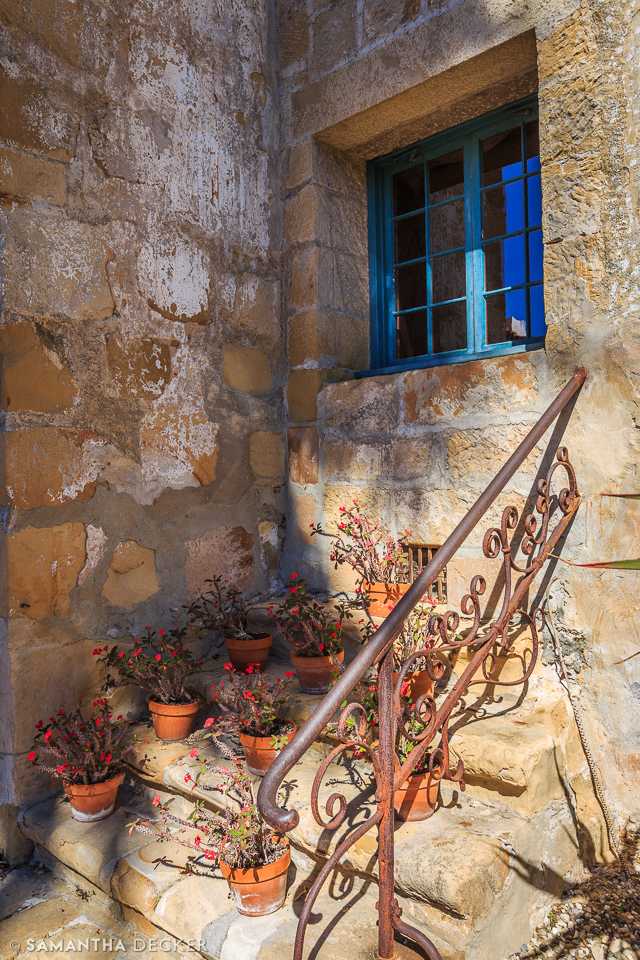 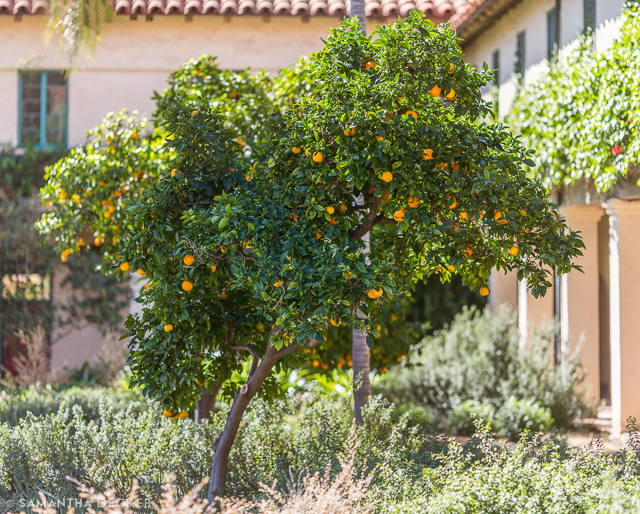 Nothing or more SoCal than a beautiful orange tree! 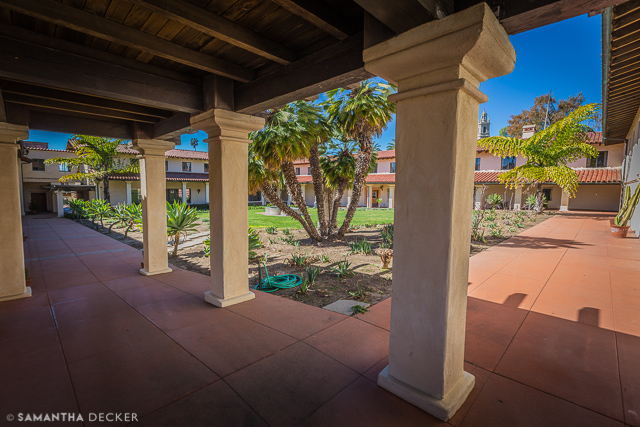 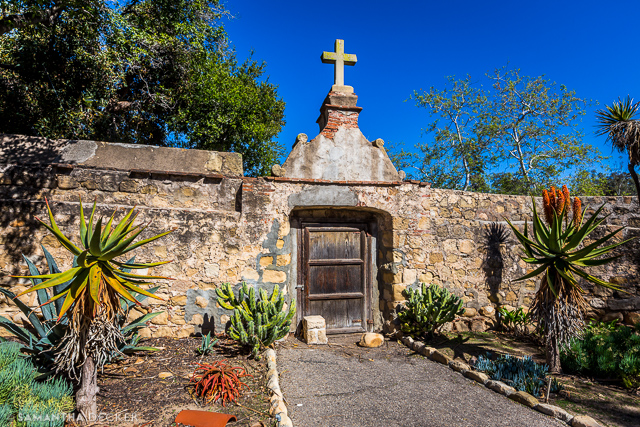 Beside the chapel is the cemetery. 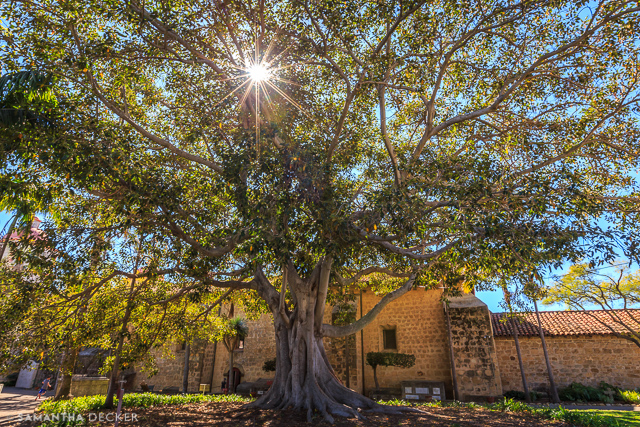 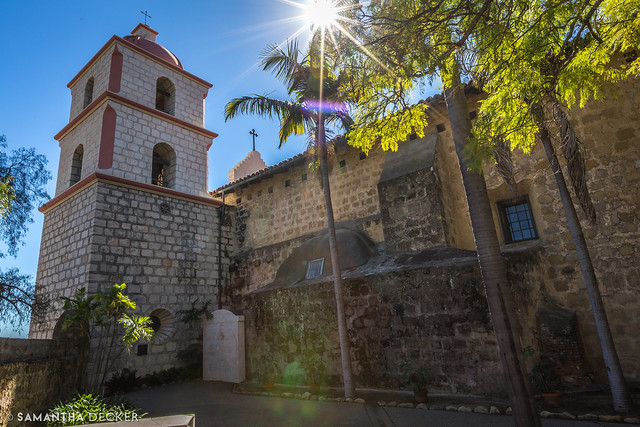 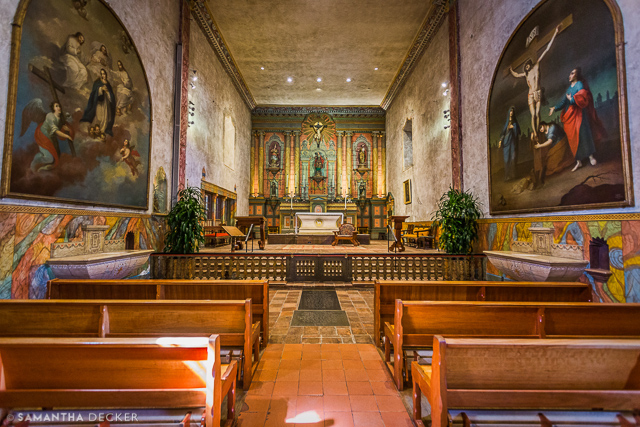 Above:  inside the chapel. 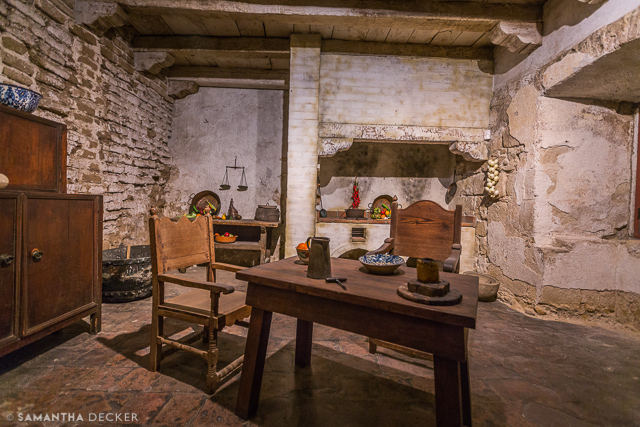 There is also a museum area with vignettes that showcase what life was like at the mission in centuries past. 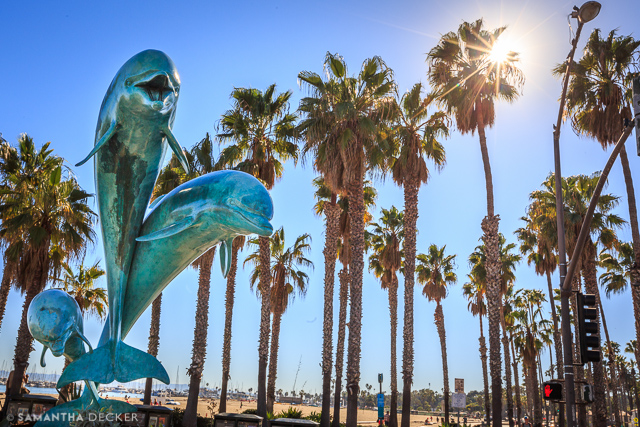 After the mission, it was time for lunch at Stearns Wharf.  This statue of dolphins welcomes visitors to the wharf. 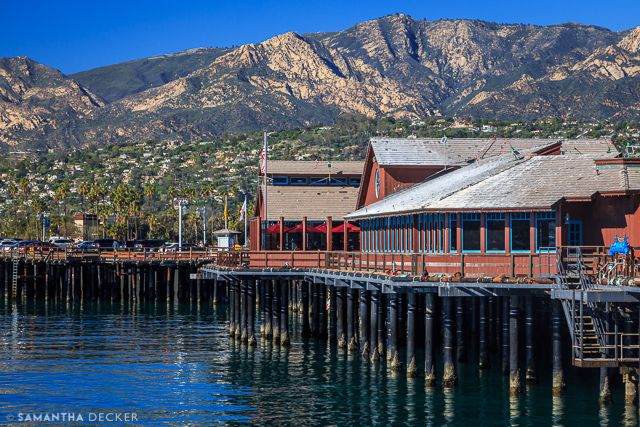 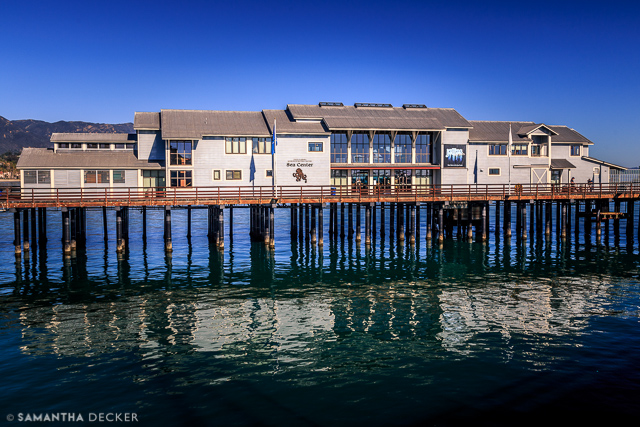 The view looking back at the shore and the mountains is picturesque. 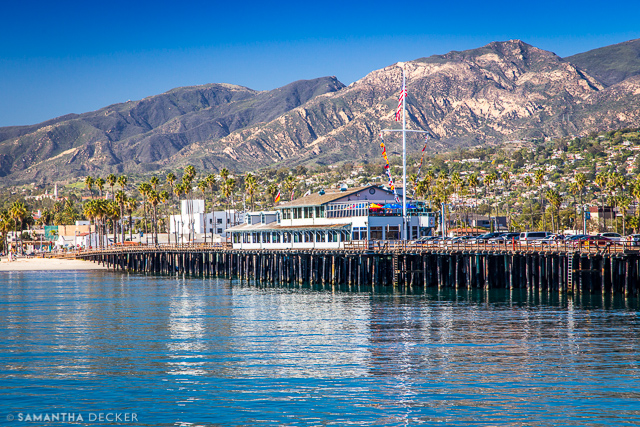 Not a cloud in the sky! 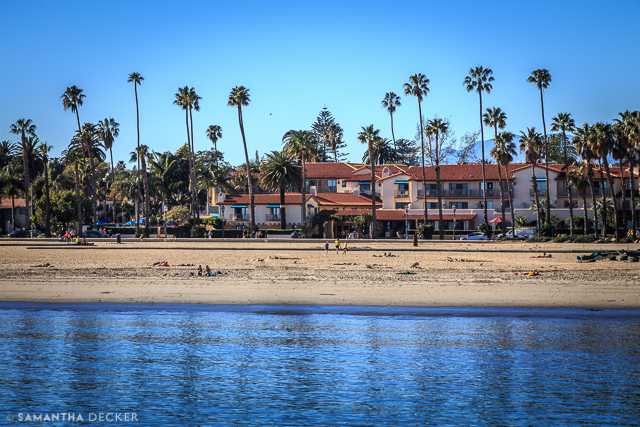 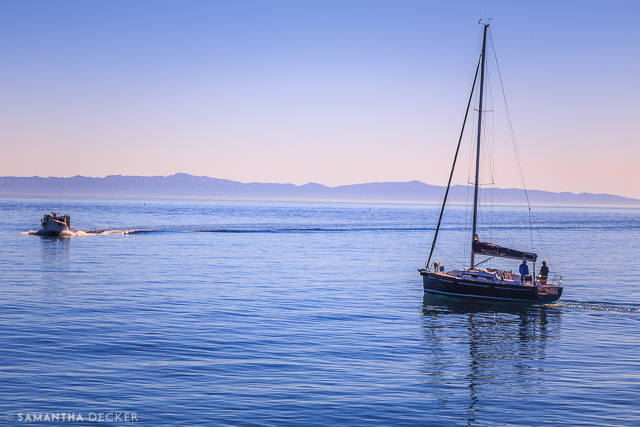 Above, the view from the edge of the wharf.  Santa Cruz Island, one of the Channel Islands, is visible in the background.
Labels: california inspiration travel