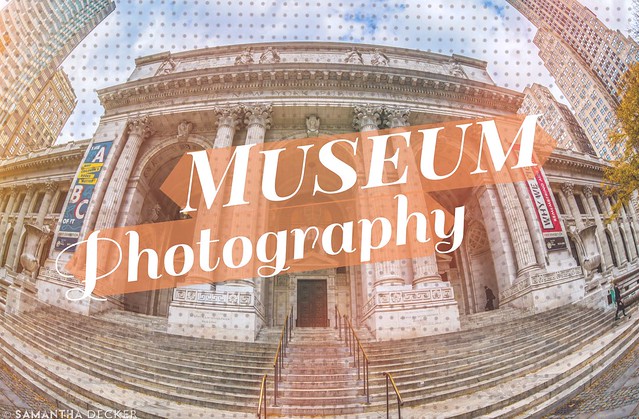 Taking photos at museums can be both fun and challenging.  It can be difficult to find creative ways to capture the essence of the museum that go beyond simple documentation.  In this post I will share some of my favorite museum photos as well as tips for making the most of a trip to the museum. 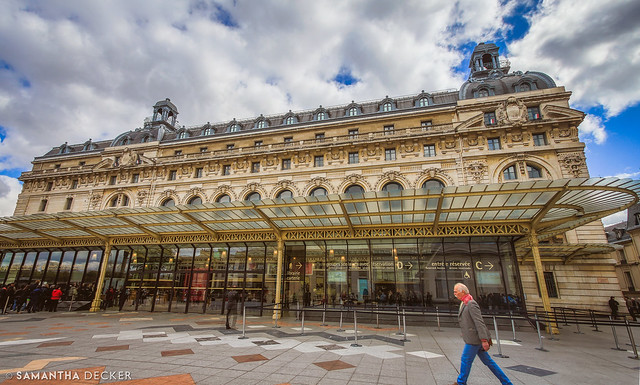 First, Make sure you know the museum's photography policy.  You don't want to get yourself kicked out for taking photos in areas where you aren't allowed to.  Don't save all your photography for the inside, though.  Many museums are housed in historic buildings, such as the Museum of Natural History In New York (top) and the Musée d'Orsay (above) and the Musée du Louvre (below) in Paris. 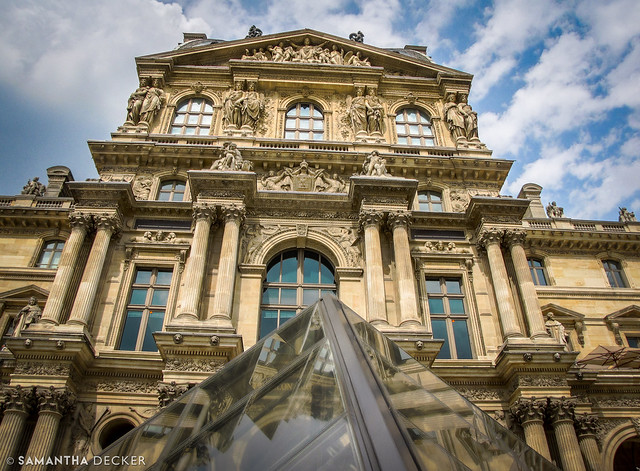 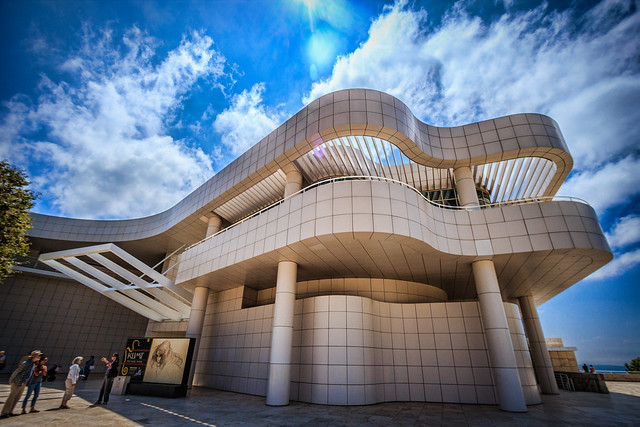 Other museums, such as the Getty Museum in LA (above) are housed in intriguing modern buildings that are equally worth photographing. 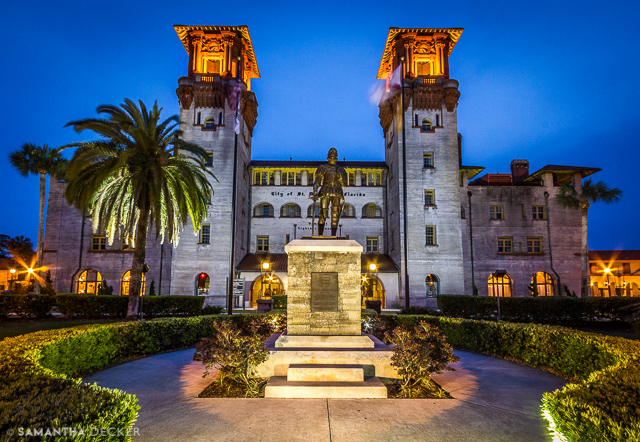 Above, the Lightner Museum in the former Hotel Alcázar in St. Augustine, FL. 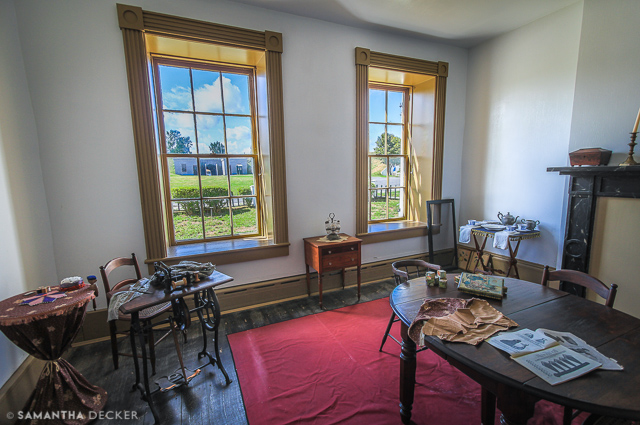 In rooms with large windows, I often use HDR processing of three exposures to capture the full range of light.  This worked out well in the photo of Fort Ontario in Oswego, NY (above) and the Metropolitan Museum of Art in New York City (below). 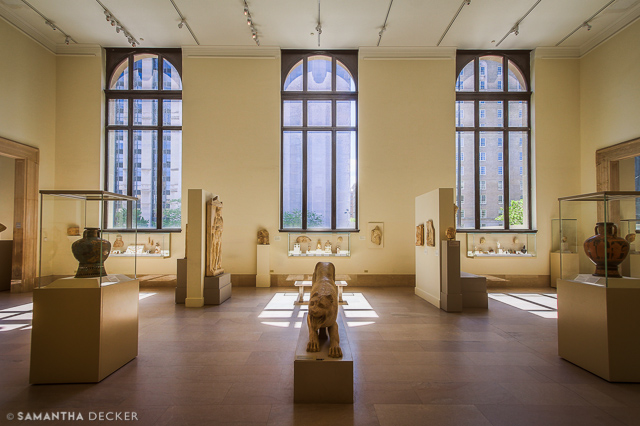 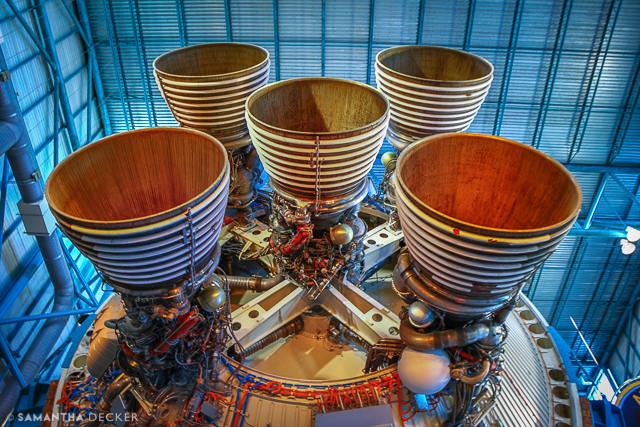 Sometimes the most unique compositions come from looking upwards.  There really aren't any other options besides that when it comes to the Saturn V boosters at Kennedy Space Center in Cape Canaveral, FL (above).  For the photo of the Musée Carnavalet (below) in Paris, looking up allowed me to get a shot without any people in it. 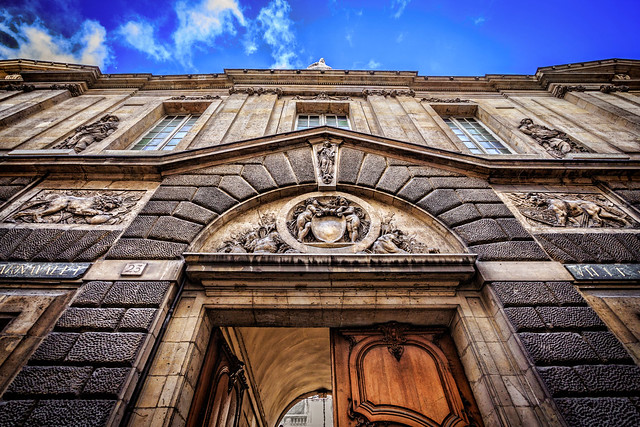 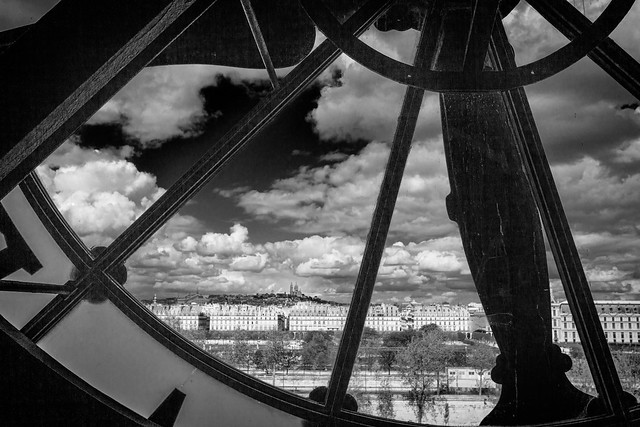 Sometimes the window can be used as a framing tool, as in this photo above, taken at the Musée d'Orsay. 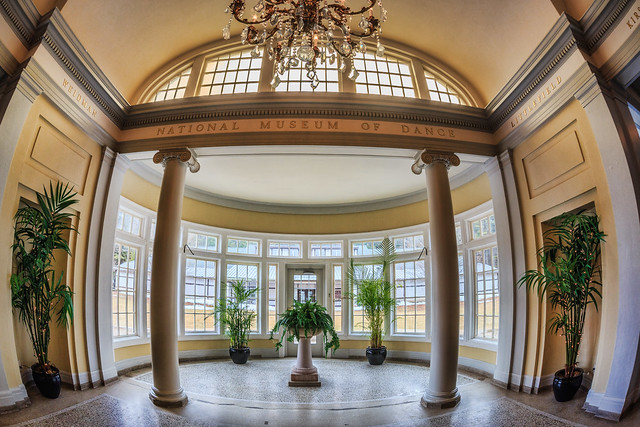 In my last post, I raved about fisheye lenses. It's a great way to take in a wide view indoors. I used my fisheye lens for the photo above of the National Museum of Dance in Saratoga Springs, NY, and in the photos below in the Museum of Natural History in New York. 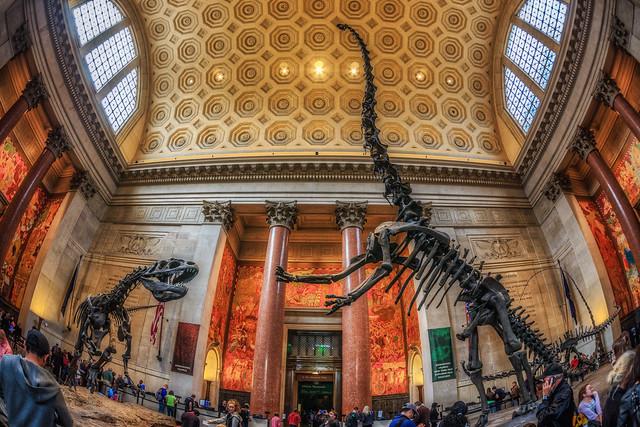 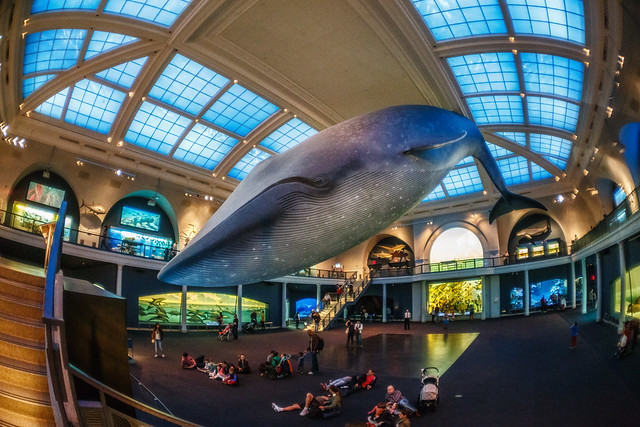 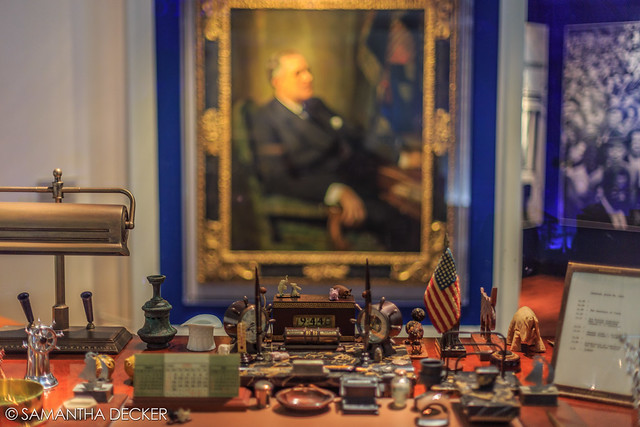 Although I primarily use wide angle and fisheye lenses in museums, sometimes I pull out my 50mm f/1.4 to zero in on the little details. I find these photos especially useful when I am writing blog posts. In the photo above taken at the FDR Presidential Library in Hyde Park, NY, I wanted to capture some of the objects on the president's desk from the Oval Office. Out of focus in the background is his portrait. I took the photo below of a sketch of Mickey Mouse at One Man's Dream, a mini-museum about Walt Disney at Disney's Hollywood Studios in Florida. 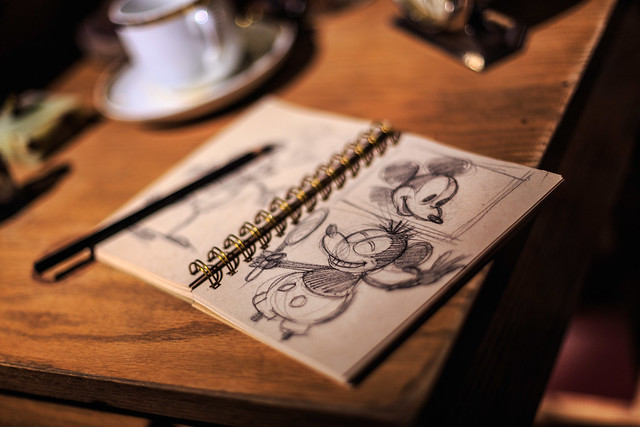 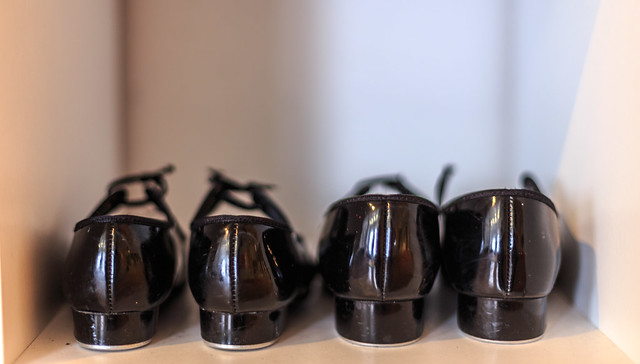 The above tap shoes are available for little ones to try on at the National Museum of Dance. 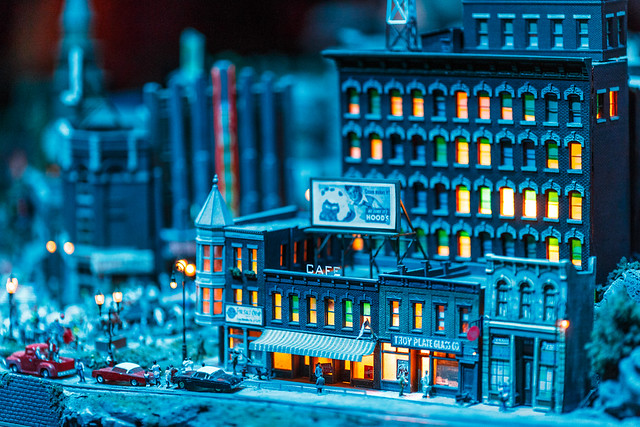 Railroads on Parade in Pottersville, NY, is pretty much all about the little details. A unique showcase of model towns with trains running through them, I found that my close up photos were far more interesting than any of the wide photos I took there. 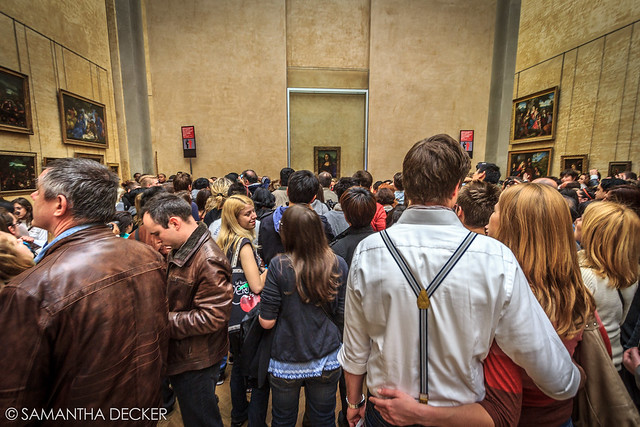 While many people try to avoid having people in their museum photos, they are unavoidable sometimes, and I tend to think they make the photo look more realistic and interesting. Who needs another photo of the Mona Lisa? In the photo above, I made the museum goers the focus of the photo. After all, the Mona Lisa always attracts a large crowd, and waiting your turn to see the famed painting is just part of the experience of visiting the Louvre! in the photo below, I liked how the presence of people looking at Impressionist artwork at the Getty Museum added to the feeling of the photo. 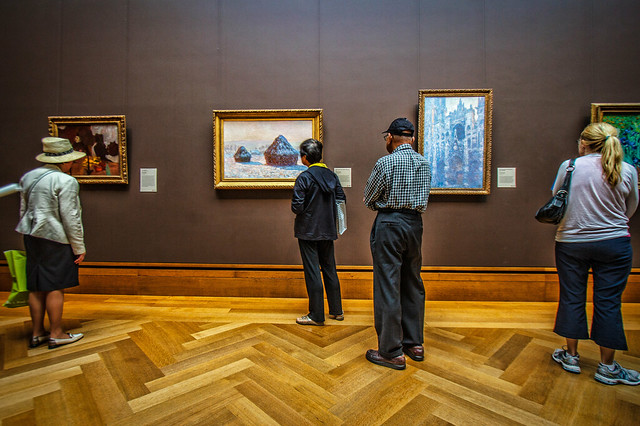 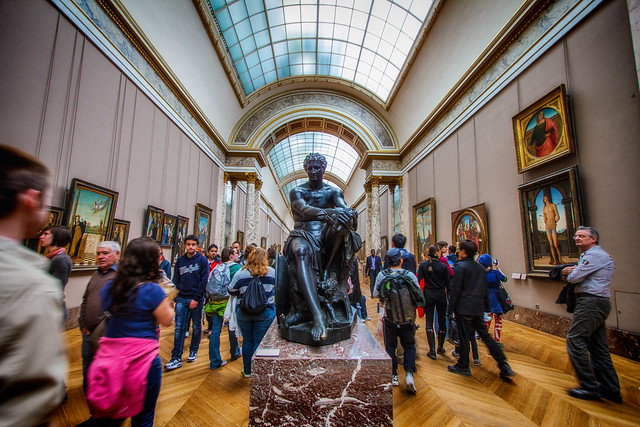 In the photo above (also taken at the Louvre) a slightly longer than normal shutter speed captured a little bit of motion blur. In my book, motion blur always makes a photo better. I will admit that in the case above, it was more of a happy accident than a planned vision. 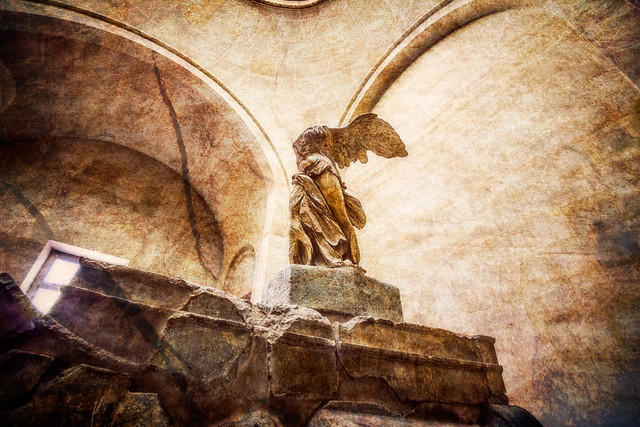 To add an old-world feeling to a photo of an historic piece of work, try layering a texture. In the photo above of the Winged Victory at Samothrace at the Louvre, I felt that the texture brought the photo to life a little bit more than if it had just been the somewhat generic shot I started with.

Click here to see even more of my museum photos.