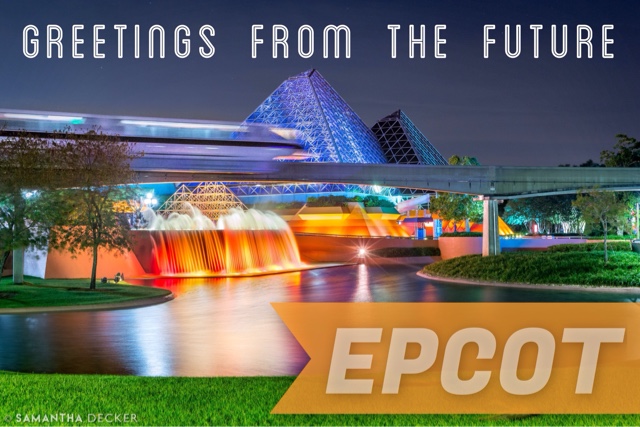 I've previously posted about my visits to Disney's Hollywood Studios and Disney's Animal Kingdom on my most recent trip to Walt Disney World, so today I will share with you some photos from EPCOT. 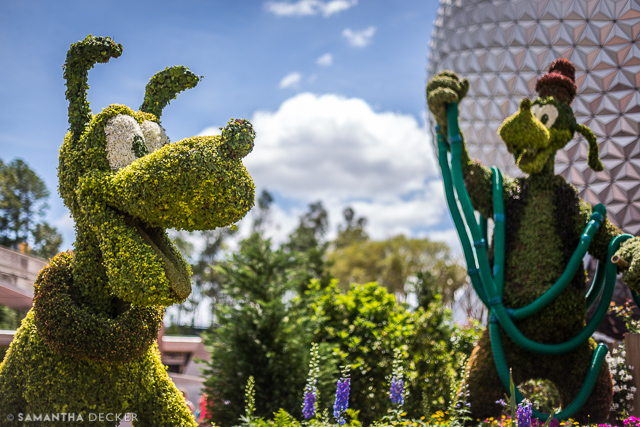 The first thing you see when you enter the park as this time of year are the beautiful topiaries of the characters.  I had to pop a neutral density filter on my lens to get the creamy bokeh at f/1.4 without overexposing the clouds. 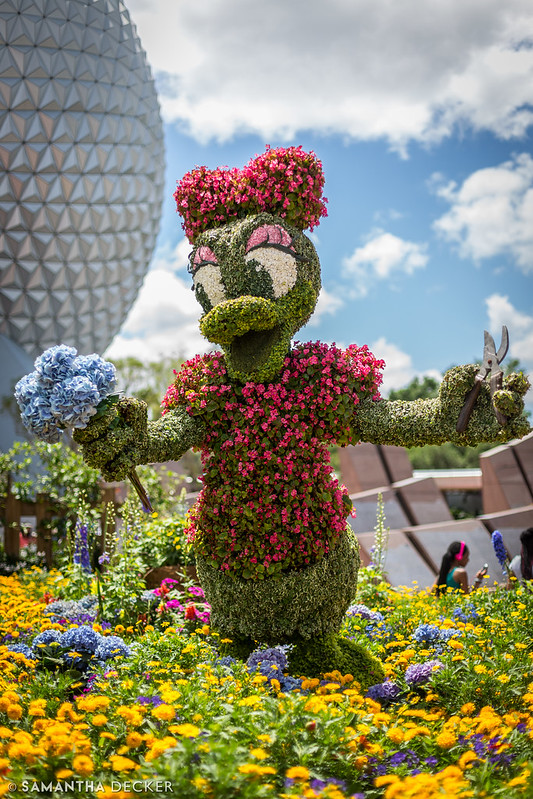 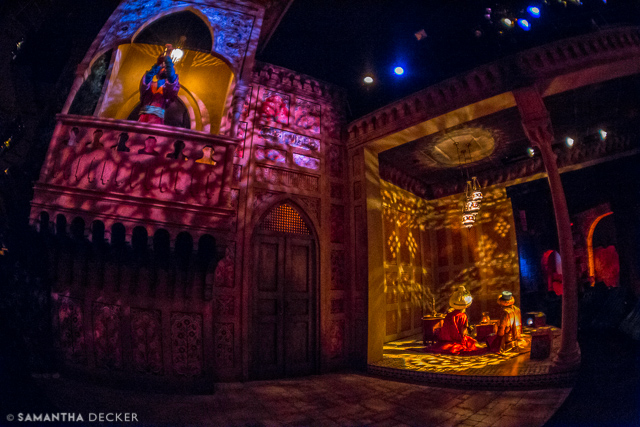 The first ride I went on was Spaceship Earth.  I decided to try a fisheye lens for this ride to get an ultra wide perspective.  It made for some cool shots. 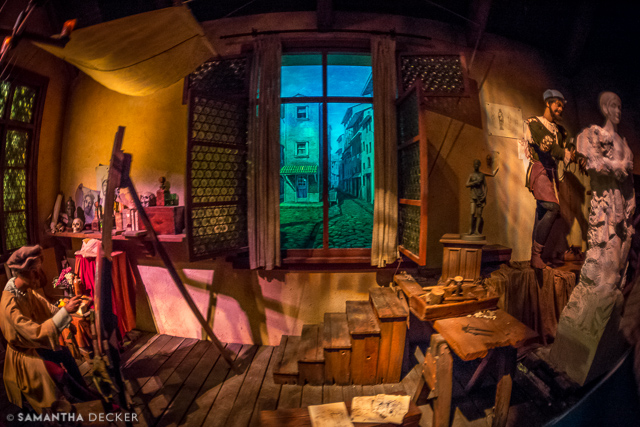 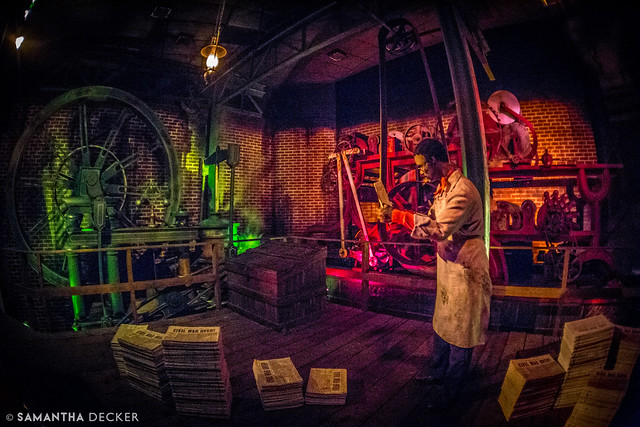 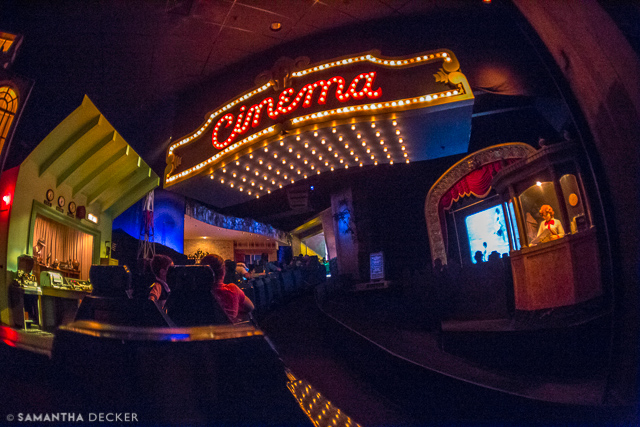 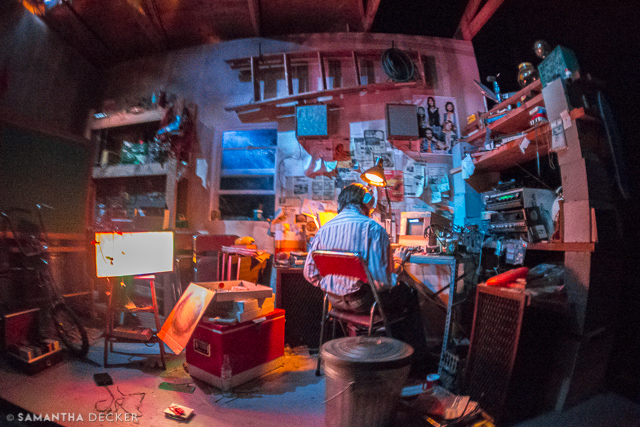 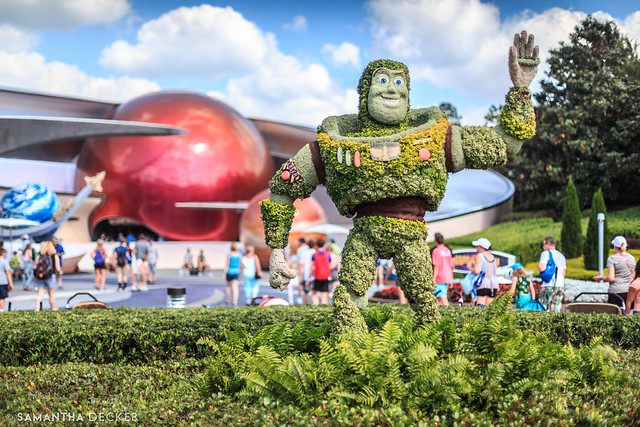 I stopped to grab a photo of the Buzz Lightyear topiary in his usual spot before getting on Mission:  Space. 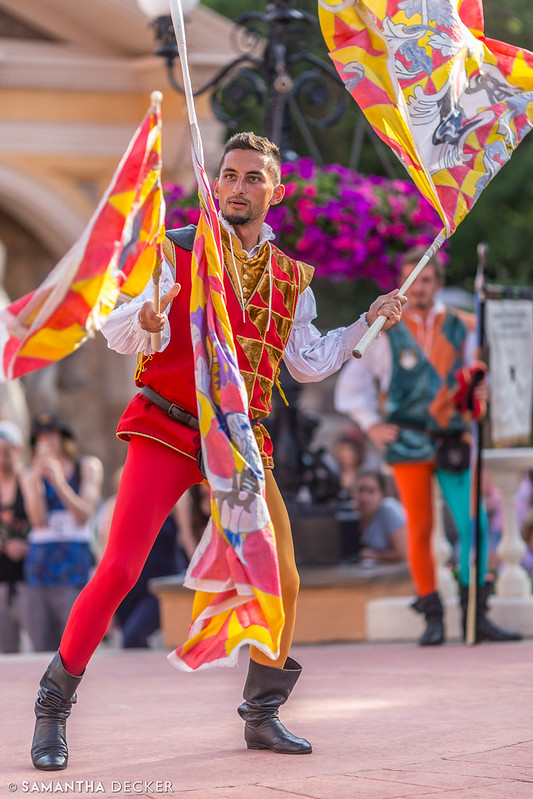 Admittedly, I didn't spend much time in Future World.  I went on Soarin', but didn't come away with any stunning photos.  After dinner in Italy in the World Showcase, I stopped to photograph the flag jugglers, who seem to have replaced the Ziti Sisters, whom I photographed in this spot last year. 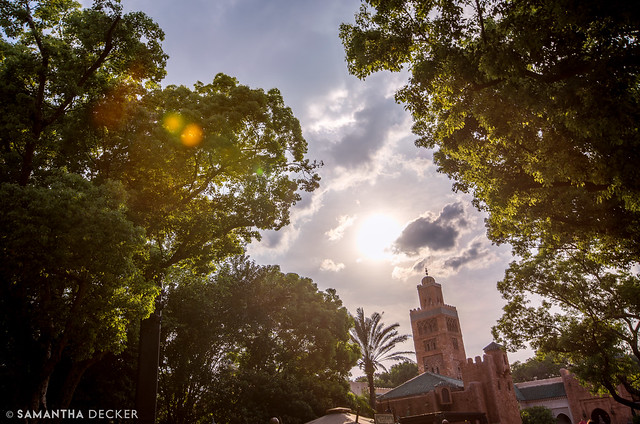 As the sun began to make its descent, I quickly made my way (okay, dragged my feet because I was a bit worn out from the heat and fatigue) through many of the pavilions, grabbing shots of the buildings with that beautiful golden light. 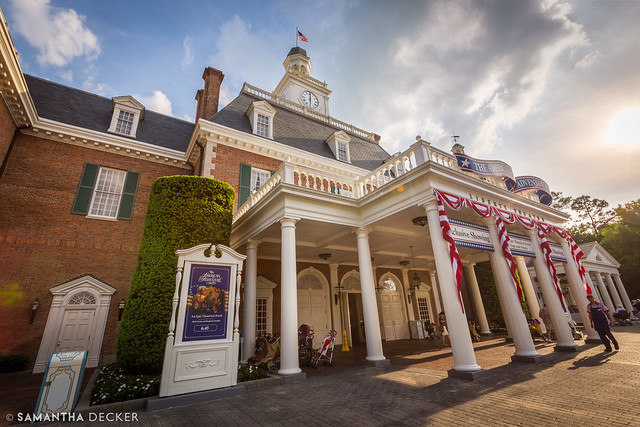 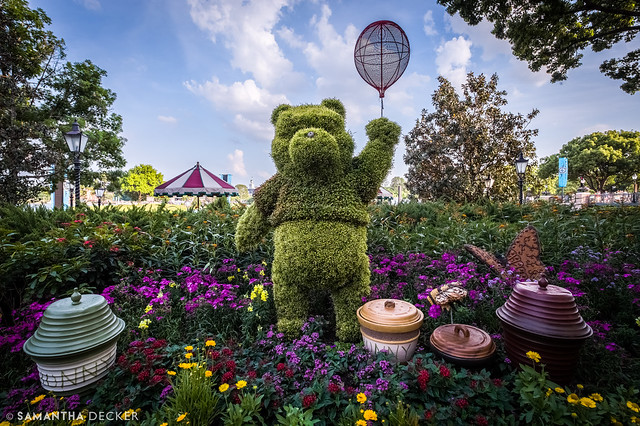 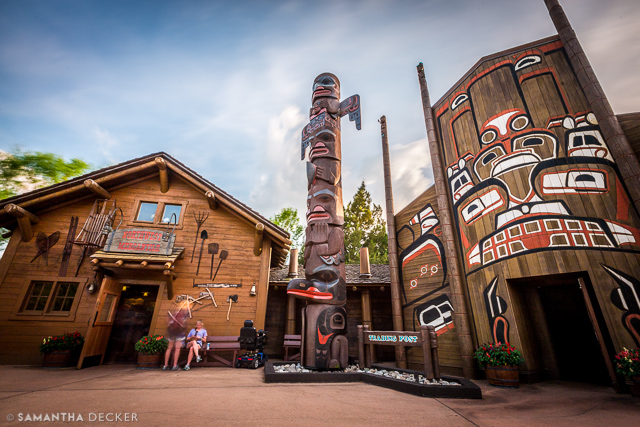 In Canada, I met up with Disney local photographer Ben Hendel and his girlfriend Morgan. 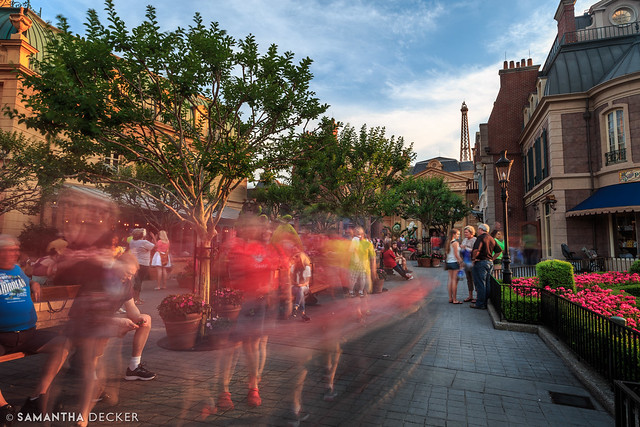 People clogging up your photo?  No problem; just let them move so they look interesting. 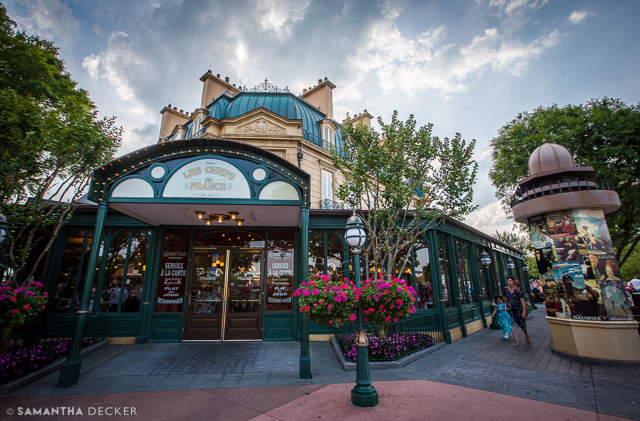 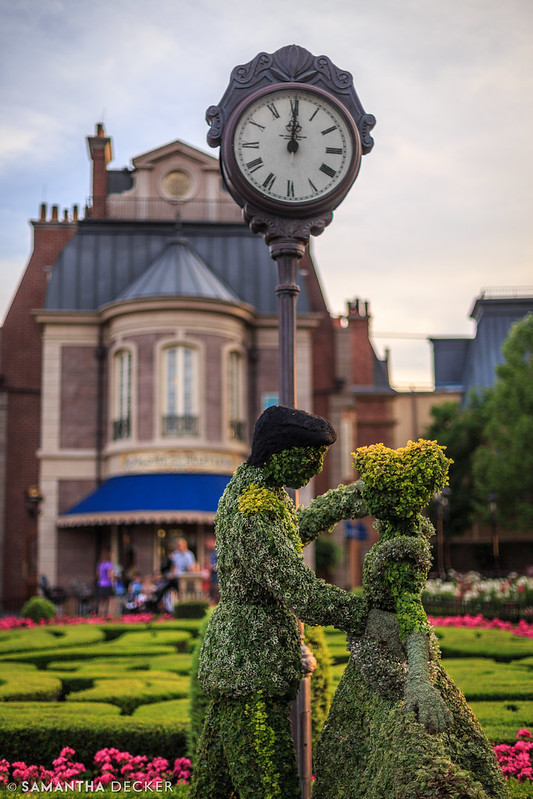 I love photographing the topiaries with a fast lens.  Look at that separation! 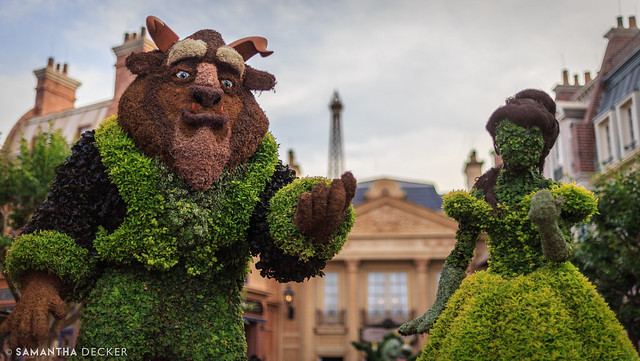 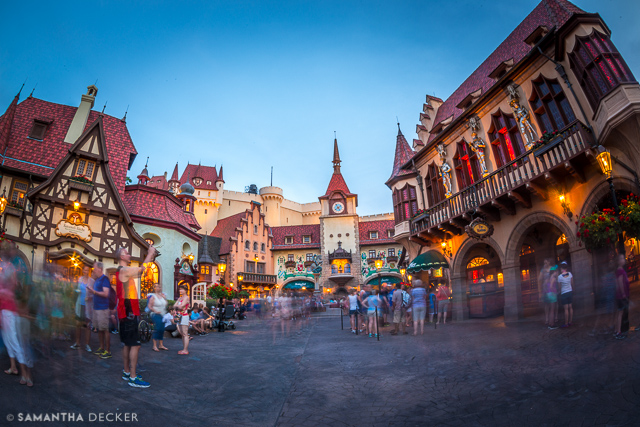 Time for some blue hour photography in Germany and Norway. 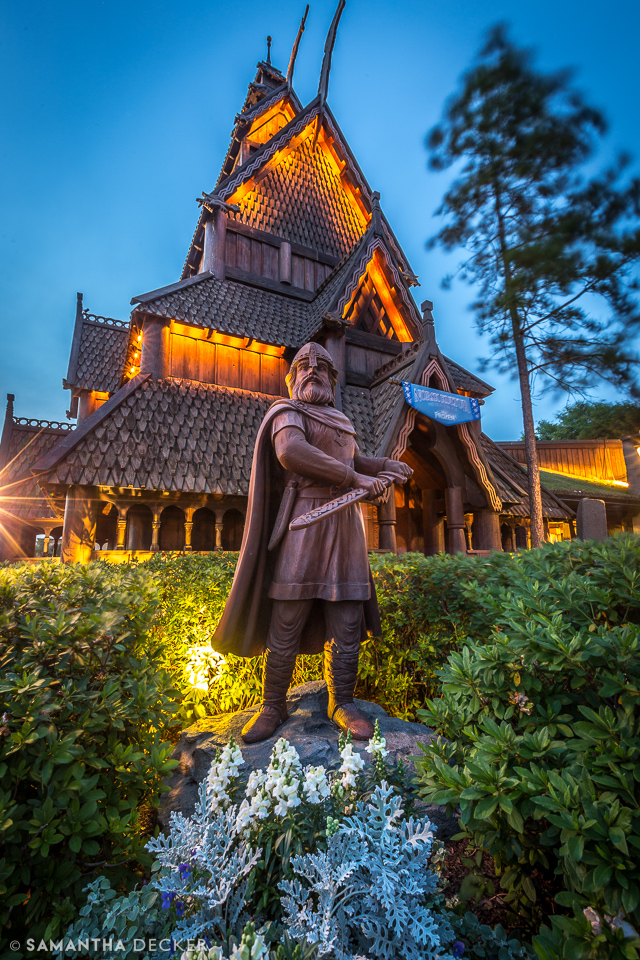 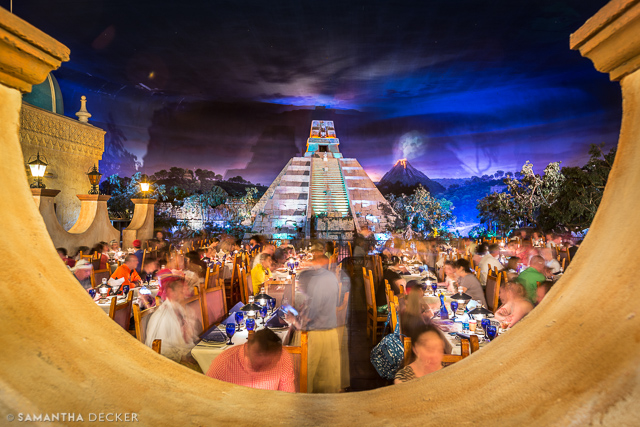 Onto Mexico for some indoor "night" photography.  I love the theming here. 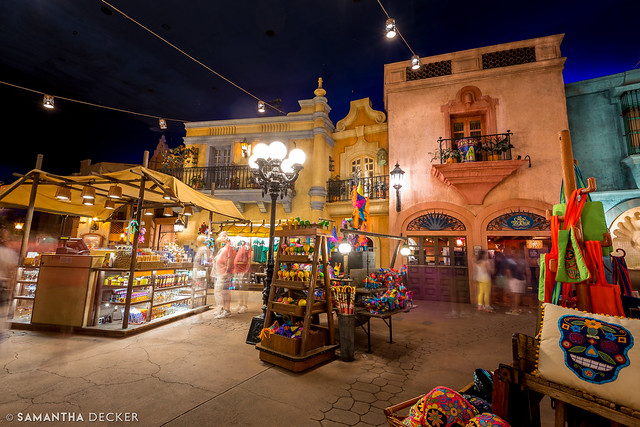 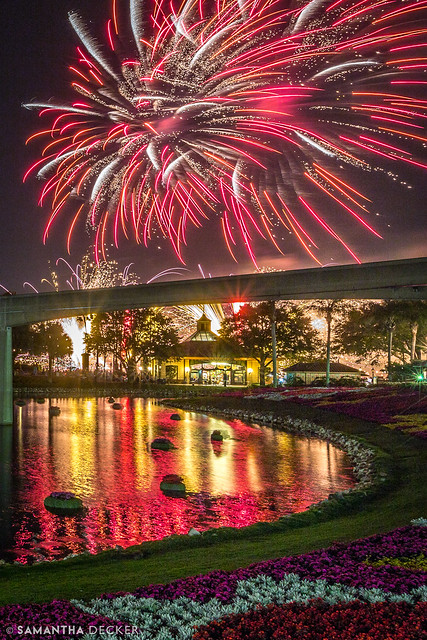 I told Ben I was interested in photographing IllumiNations fireworks from somewhere in Future World.  We ended up at this spot, and I really like the reflections in the shots. 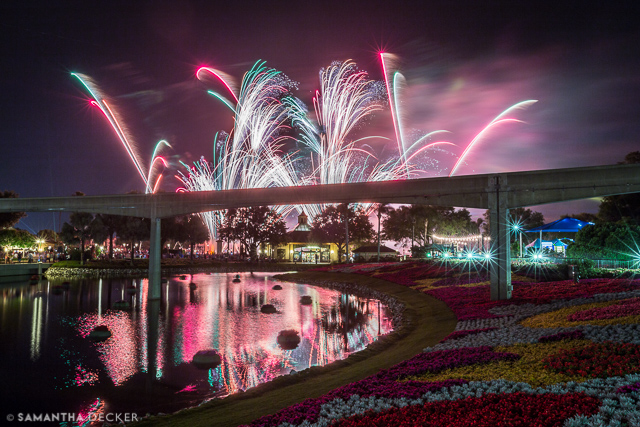 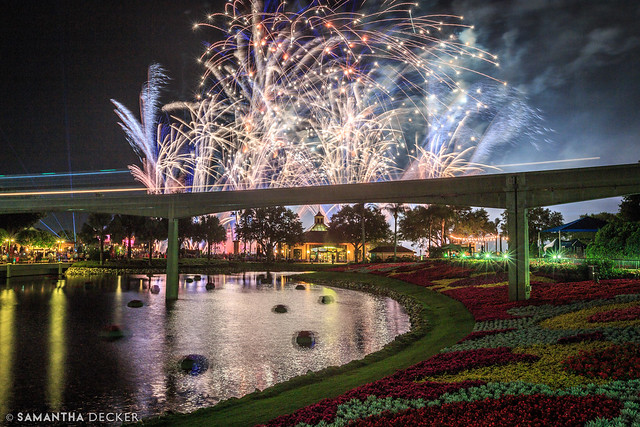 Getting a monorail going through the shot during the finale was the icing on the cake!  I also got a more visible shot of a monorail going by during the laser light show.  I thought about masking it in but it felt a little fake, especially since the lighting so different.  Thanks for the location tip, Ben! 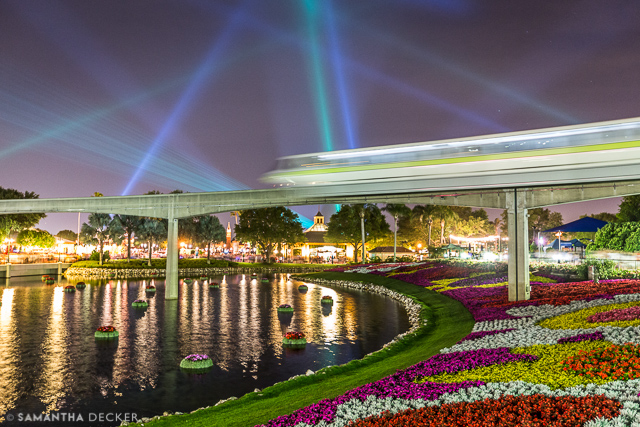 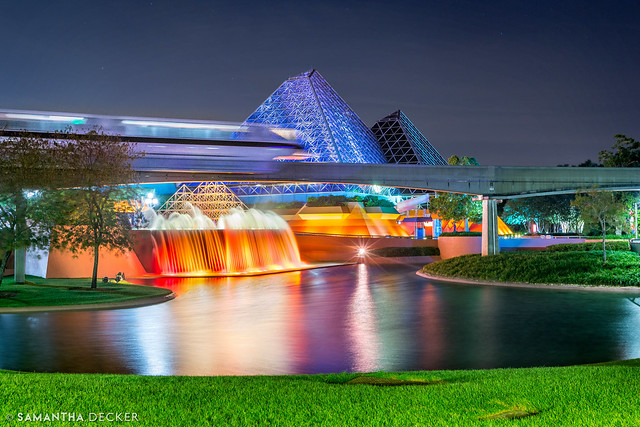 This final shot took me longer than I had hoped for.  I got three exposures to capture the range of light, then I waited for what seemed like an eternity for this monorail to go by.  I had just started packing up when I saw it coming.  What a great way to end the night!
Labels: inspiration travel walt disney world wdw