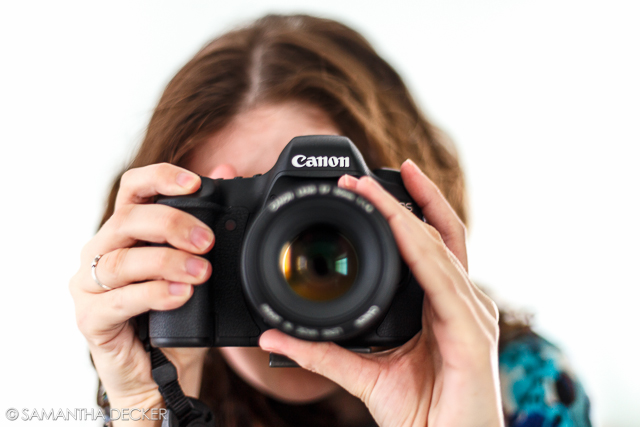 I'm a self-proclaimed gear-head.  I'm constantly evaluating whether I have the best equipment for my price range and for what I want to do with my photography.  Lately I've been reading more and more posts from photographers who have switched from DSLR to mirrorless cameras, either full frame Sony or a crop sensor option such as Micro Four Thirds or Fuji.  I myself use a Samsung mirrorless camera, but it's not my primary camera (it's more of a "throw in my purse" camera).


Every time I read these articles praising the virtues of mirrorless, I want to be convinced to make the switch.  The thought of lightening my gear load by several pounds and creating a more portable kit is very enticing.  The charm of looking "legit" with all my big heavy gear has long worn off for me.  If I were to switch, the only current offering that fits my needs is the Sony a7, a full frame mirrorless camera.  Unfortunately, though, I'm just not ready to make the switch yet.  Here are six reasons why this photographer is sticking with her DSLRs.  To be clear here, I'm comparing Canon DSLRs with Sony full frame mirrorless cameras, because that's the brand that comes closest to fitting my needs.


1.  The price to recreate my current kit isn't justifiable
I have a nice kit, with some pretty high quality glass, so an increase in price for a switch isn't justifiable for me unless there's a huge benefit.  Now, the price of the Sony a7 is quite comparable to my current Canon EOS 6D (sometimes you can even find it for less!), but when you look at what it would cost to recreate the rest of kit with all the lenses, the price goes up quite a bit.  I currently use a Canon 6D, a Canon 60D, a 17-40mm f/4, 24-105mm f/4, 50mm f/1.4, 135mm f/2, a fisheye lens, a Yongnuo YNIII flash, and a 580EX flash as my DSLR setup.  I could probably find a decent crop sensor Sony to replace the 60D for not too much, but the lenses are where the problem lies.  The just-released Sony 16-35mm lens costs about twice as much as my 17-40mm (and at the same aperture, I definitely can't justify that.  The 17-40mm is a fine lens).  I could use the Sony crop sensor 10-18mm lens, as I've read that it actually performs quite well on full frame, but that would be a downgrade from my 17-40mm.  There is no 24-105mm in Sony E-mount.  I could settle for something similar like a 24-70mm, but I really do love that range out to 105mm for landscapes.  The 55mm f/1.8 would be a good replacement for my 50mm f/1.4, so that's not much of an issue (although I would lose 1/3 stop of light).  There is no 135mm f/2, so I would either have to use an adapter (which slows down autofocus, putting it out of the picture for me) or buy the very expensive Sony 135mm f/1.8 to use with the superior Sony converter.  I'm sure it's a fantastic lens, but so is the Canon 135, and it's much cheaper.  I haven't even looked into the fisheye or the flash options.  I also haven't bothered to do the math on exactly what the price difference would be after selling, but I know it wouldn't be pretty, and I wouldn't be gaining anything in terms of image quality. 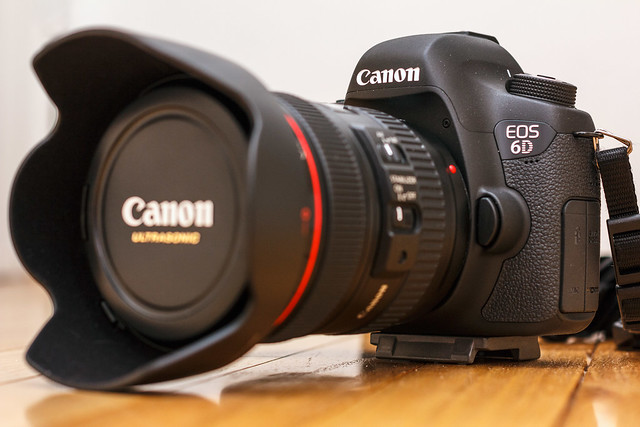 2.  There aren't enough native lenses at this point
I am very picky about the focal lengths and apertures I want for my lenses, so I'm just not comfortable switching to a brand that has so few lenses available.  This cuts down on my options in the future, as I'm always expanding my kit and buying and selling lenses as my needs change (and while Sony will certainly expand their offerings, I can't say whether or not they would be to my liking), and it also in the mean time cuts down on the number of lenses available to me to rent.  Yes, I know I can use an adapter, but see number 3 below for why I don't want to.

3.  Using lenses with an adapter has too many drawbacks
I know a lot of photographers who use adapters and love it, but adapters often slow down autofocus, which is a huge problem for me.  I love to shoot things like portraits of kids, parades, sports, and wildlife, all of which require a fast and accurate autofocus, and the ability to track moving subjects.  I'd come away too disappointed a lot of the time.  I also don't see a value in buying a smaller camera and then using all my larger lenses with it.  They often wouldn't balance well with the camera, and in the end don't reduce the size or weight of my kit all that much.

4.  Autofocus isn't always fast and accurate
While the autofocus on the a7 is good, it's still not as good as either of my Canons (and my 6D can autofocus accurately in super low light).  Fast and accurate autofocus is one of the primary reasons I use a DSLR.  I often use lenses with very wide apertures, so it can be very difficult to nail the focus, especially when the subject is moving.  Focus peaking would help this, but it's not always a good substitute for autofocus.  The yet-to-be-announced a9 is rumored to have fantastic autofocus though, so perhaps that would eliminate this reason from the list (however, I imagine it will be priced too high for me to justify a trade, considering all the other reasons on this list as well). 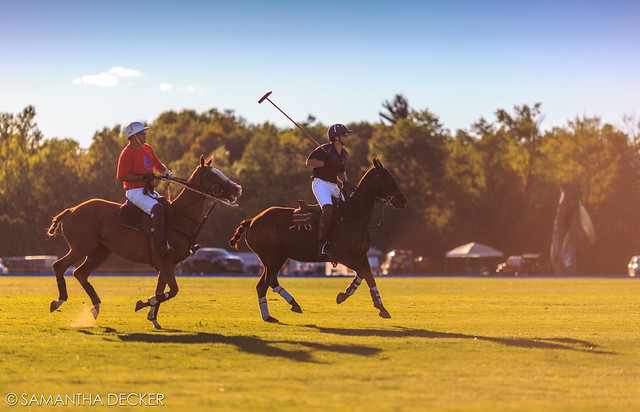 6.  It's still a little too new
I think I'd like to sit back and wait a little bit longer.  Mirrorless technology has come such a long way in the past 5 years, so I can only imagine what the future holds.  Sony's got the lead right now, but it's only a matter of time before another brand comes out of the woodwork with more full frame mirrorless offerings.  I definitely think the DSLR is a dying breed, and I'm excited at the thought of professional cameras becoming smaller and lighter, but I'd like to wait for some of the kinks to be ironed out and see what other options pop up before I join the game.

The bottom line is, mirrorless is not a better format than DSLR, and vice versa, which is what makes the choice between the two so difficult.  As always, it's a personal decision based on what works for your needs as a photographer.

Have you recently switched to mirrorless?  Have you decided to hold out like me?  What are your reasons?
Labels: editorial