I've always been fascinated by the Then & Now photos you see on the internet, where a person is holding an old photo up to the same scene today. After writing a series of then and now pictorials for the blog, I was thinking about a way to do combine then and now photos that's a little different than what I've already seen.  What resulted was a project where I hold photos of the present against scenes of the past.  It's interesting to look at a scene as if you were seeing the future from that moment.  My hand is meant to be in the scene from the past, therefore I tinted or colored it for each photo to match the scene.  Before creating the scenes, I photographed my hand against a white background (to make it easier to mask), and gathered public domain photos from WikiMedia Commons that were similar to photos I already had. Here are some of the entries I've made so far: 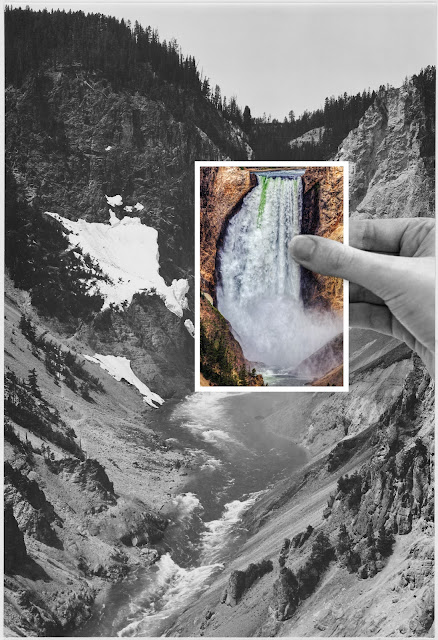 "Then" Photo: "Yellowstone Falls" (image with no known copyright restrictions) by Ansel Adams from US National Archives via Flickr 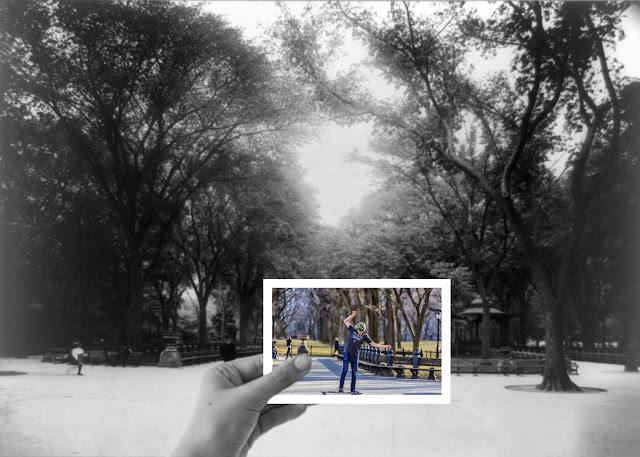 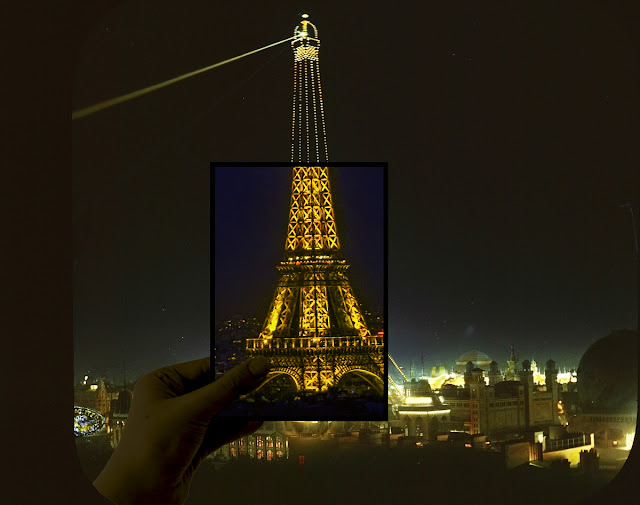 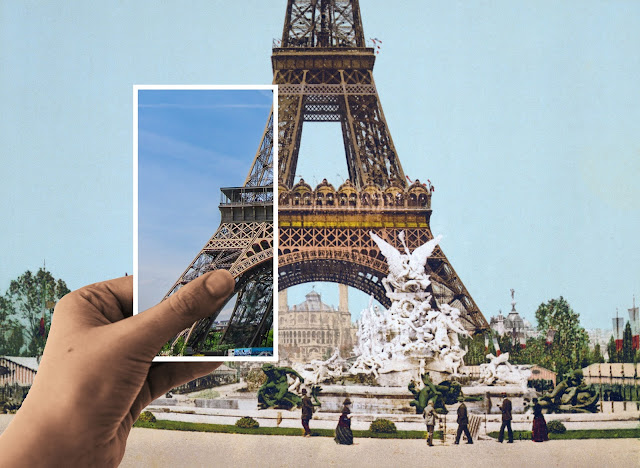 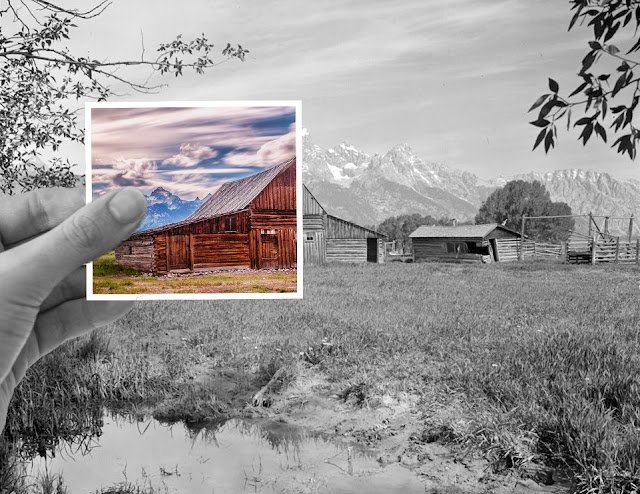 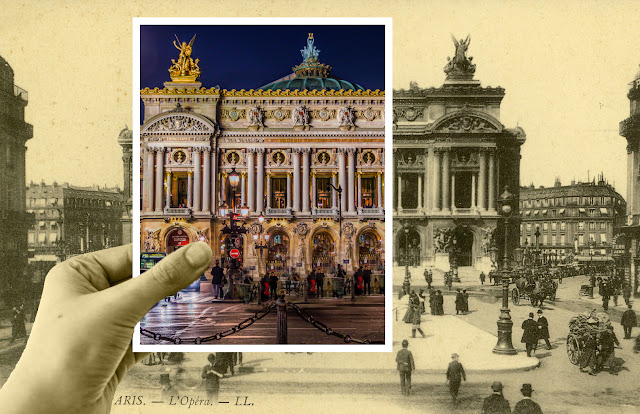 "Then" Photo: "Opera House in Paris" (image with no known copyright restrictions) from Woodrow Wilson Presidential Library via Flickr 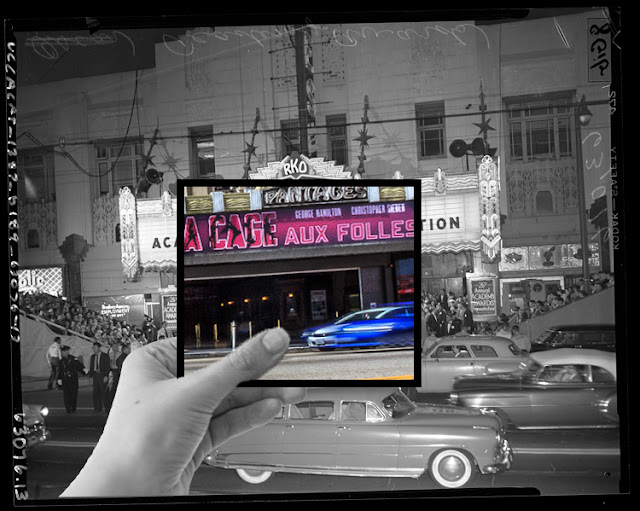 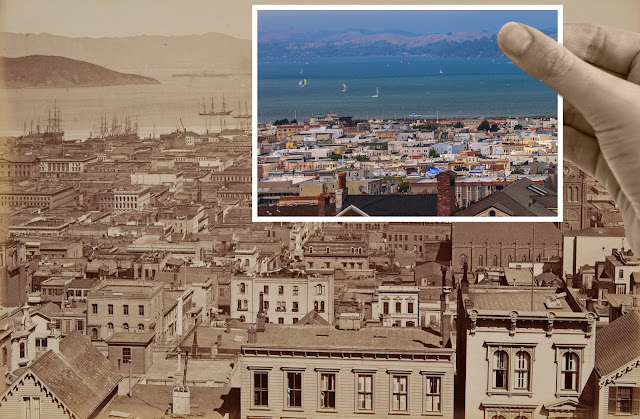 "Then" Photo: "The City from California Street" by Carleton Watkins from the Museum of Photographic Art via Flickr 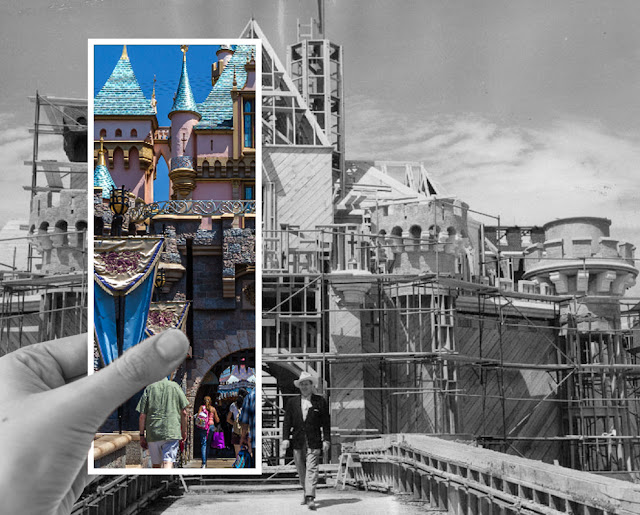 "Then" photo from Tom Simpson 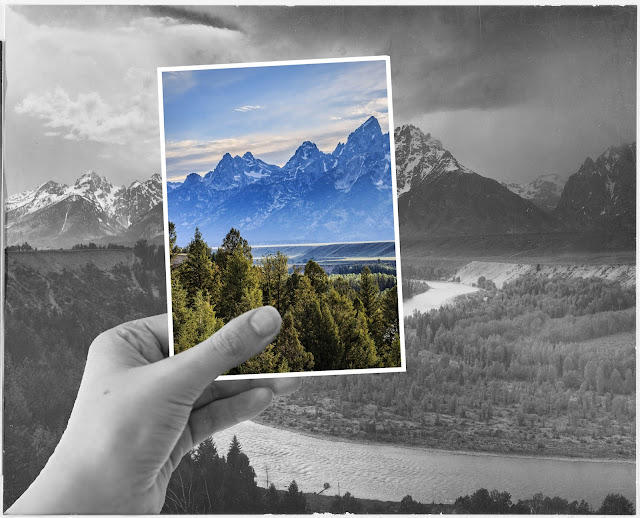 "Then" Photo: "The Tetons - Snake River" (image with no known copyright restrictions) by Ansel Adams from the US National Archives via Flickr(Snake River Overlook in Grand Teton National Park) 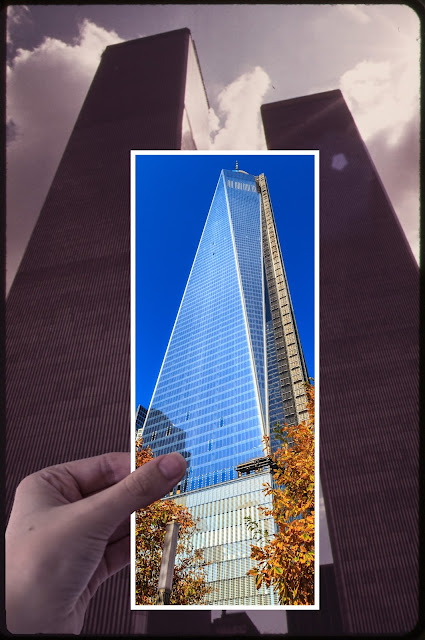 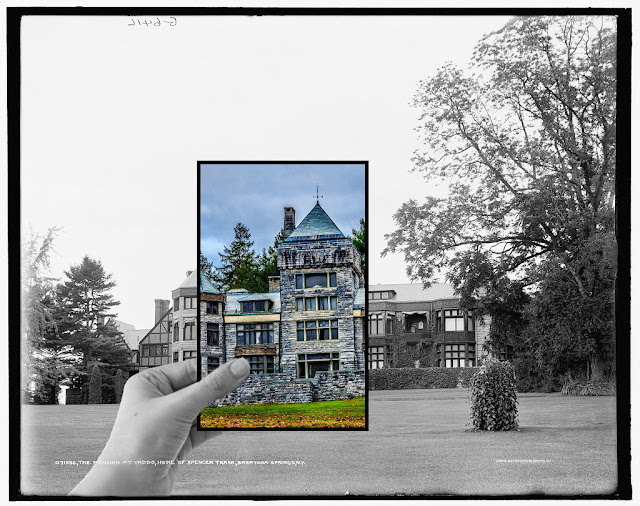 "Then" Photo: "The Mansion at Yaddo" (Public Domain Photo) from Library of Congress via Wikimedia Commons (Yaddo in Saratoga Springs, NY) 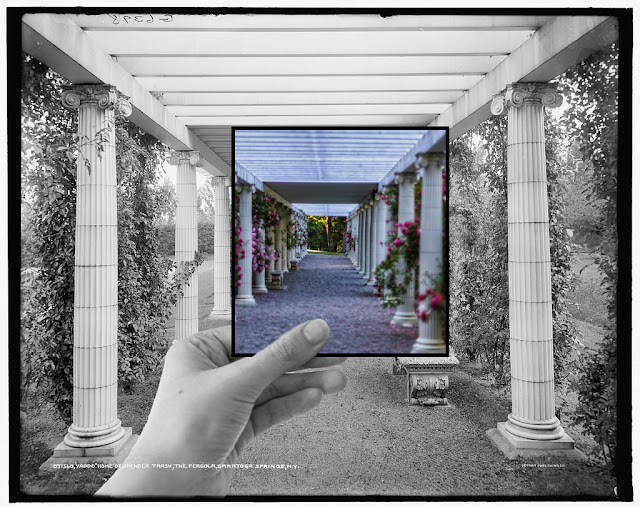 Update:  I have removed my Normandy photo.  The "then" image in the photo is listed as being in the public domain on WikiMedia Commons, but upon careful inspection, I discovered that the Imperial War Museum, the organization that uploaded the photo, put certain restrictions on the use of the photo (i.e. it cannot be modified).  While this goes against the definition of public domain, I do not want to violate their wishes, therefore, I have removed the photo.
Labels: history then&now