Being from Saratoga, I love to discover old photographs of the city.  Saratoga has a long and fascinating history, centered mainly around its natural springs, grandiose hotels (most of which are no longer standing), and horse racing track, which just celebrated its 150th anniversary.  It may not be as well-known a destination as New York or Boston, two of the nearest big cities, but I can assure you there is no shortage of subjects to photograph here. I just finished a great book Saratoga Lost: Images of Victorian America

by Robert Joki, which compelled me to write this post, the fourth in my series of then and now photo essays.  Most of the "then" photos are stereoscopic views, which, with a stereoscopic viewfinder, will appear 3D.  You can also cross your eyes just a little bit until you see the shot in 3D, but be careful with that method! 
Hathorn Spring now (still lovely, but not quite as grandiose!): 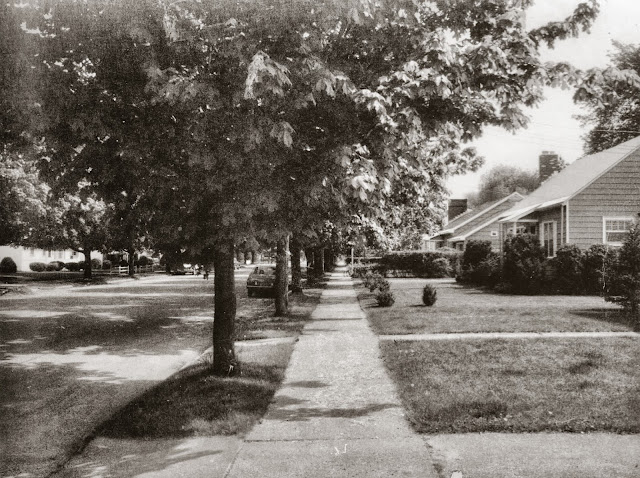 Spit & Spat in Congress Park then: